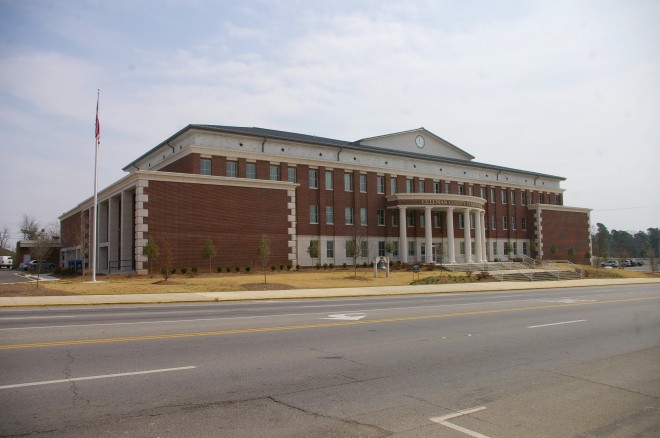 Cullman County is named for John G Cullman, who was a Colonel and the founder of the county seat.

Description:  The building faces southwest and is a three story stone, concrete and glass structure. The building is located on landscaped grounds in the center of Cullman. The southwest front has a large canopy in the center at the first story entrance. The corner sections are lower and faced with stone. The windows are vertical with vertical dividers between. The roof line is flat. The building houses the County Circuit Court and the County District Court of the 32nd Judicial District. The building was remodeled in 2012 after tornado damage. The architect was Fred Fagg of F & O Architects, LLC. and the contractor was Edison & Associates. 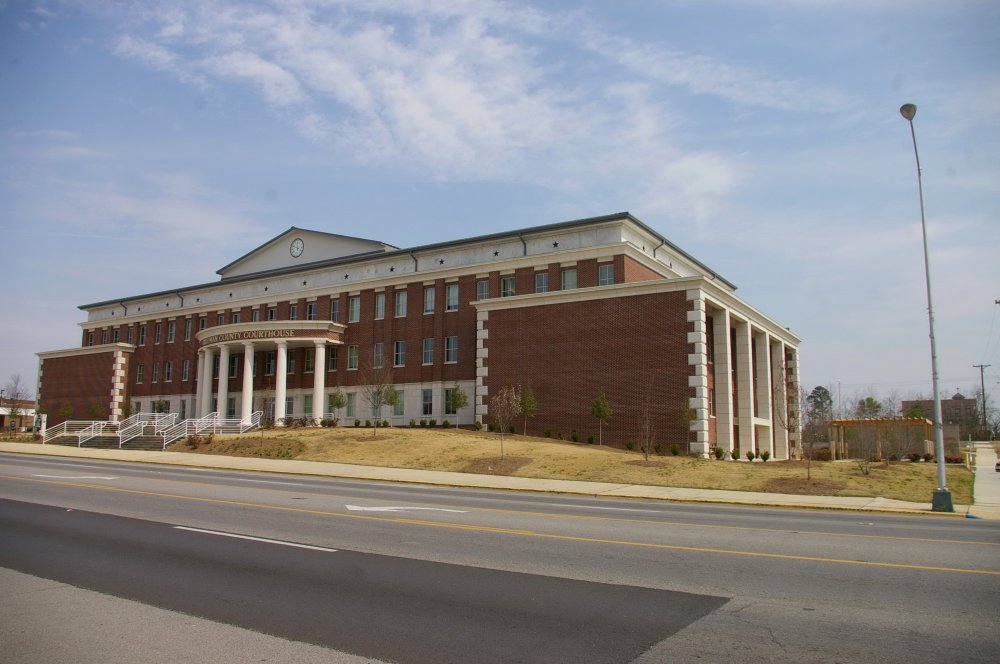 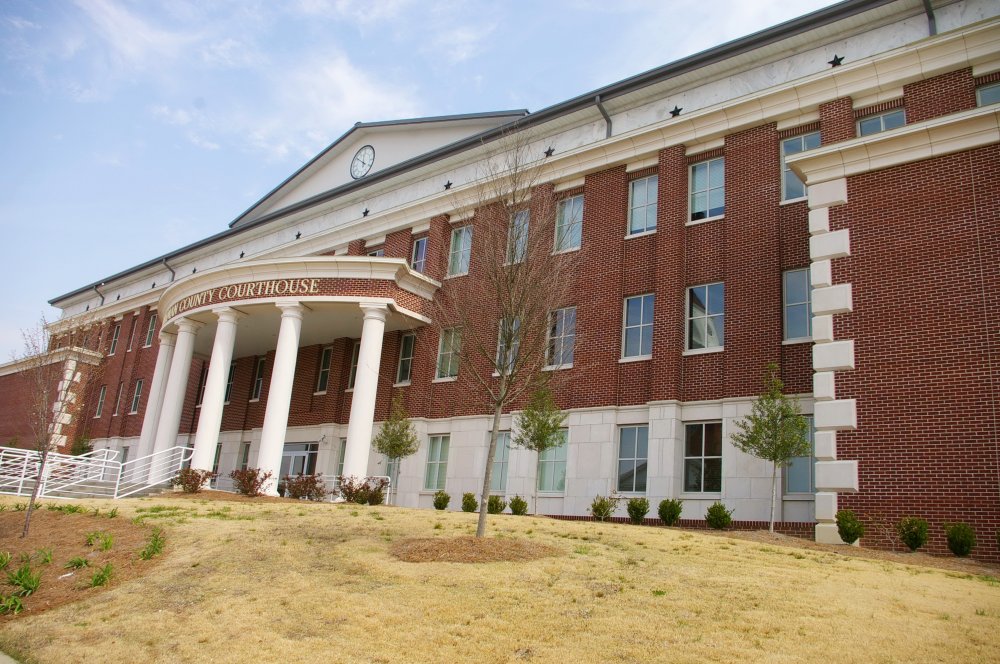 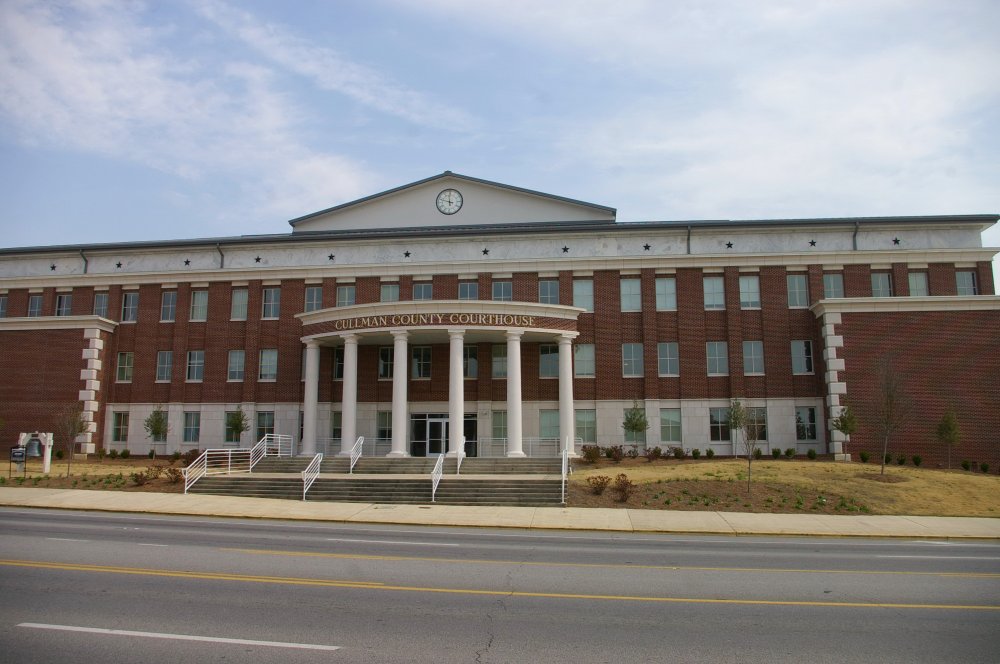 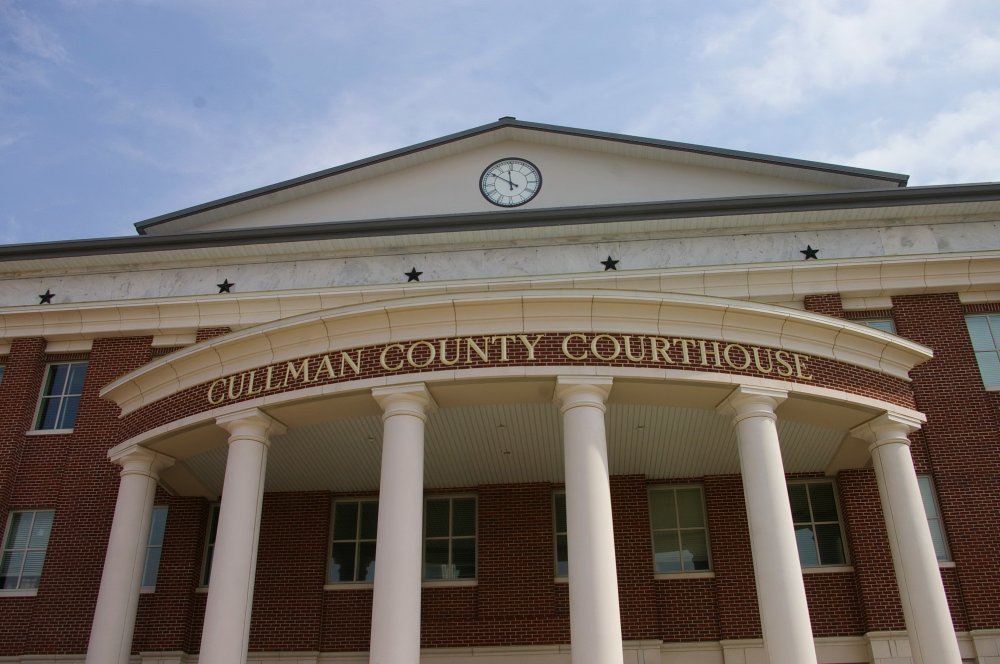 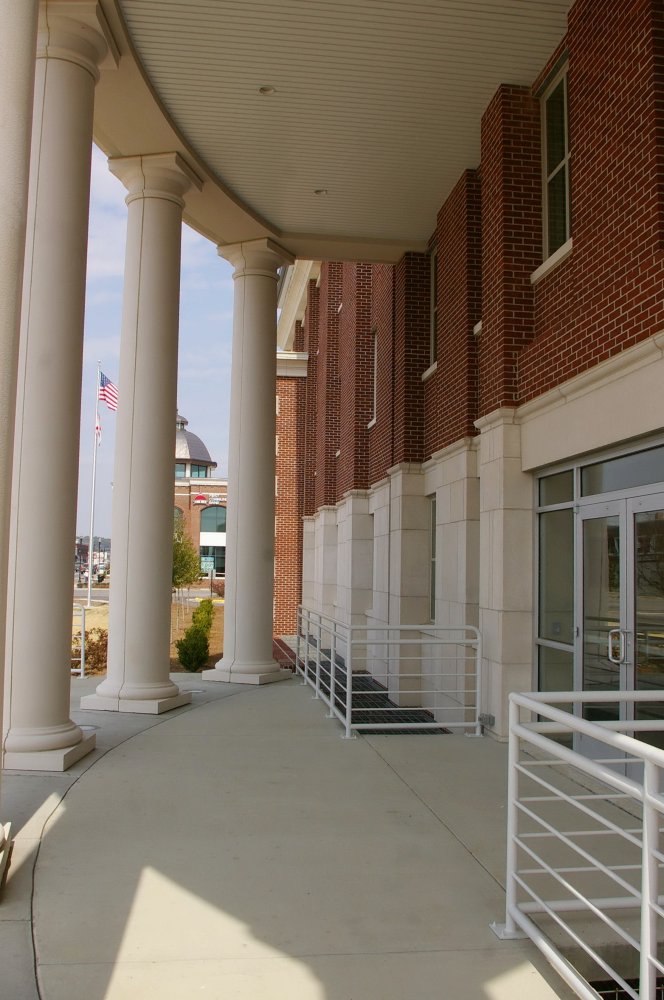 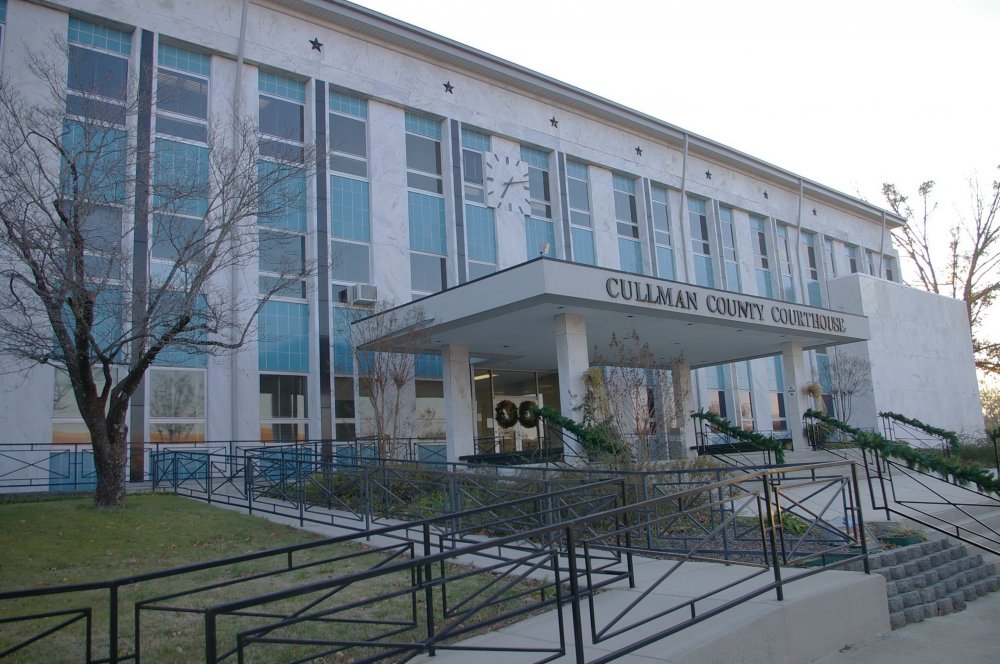 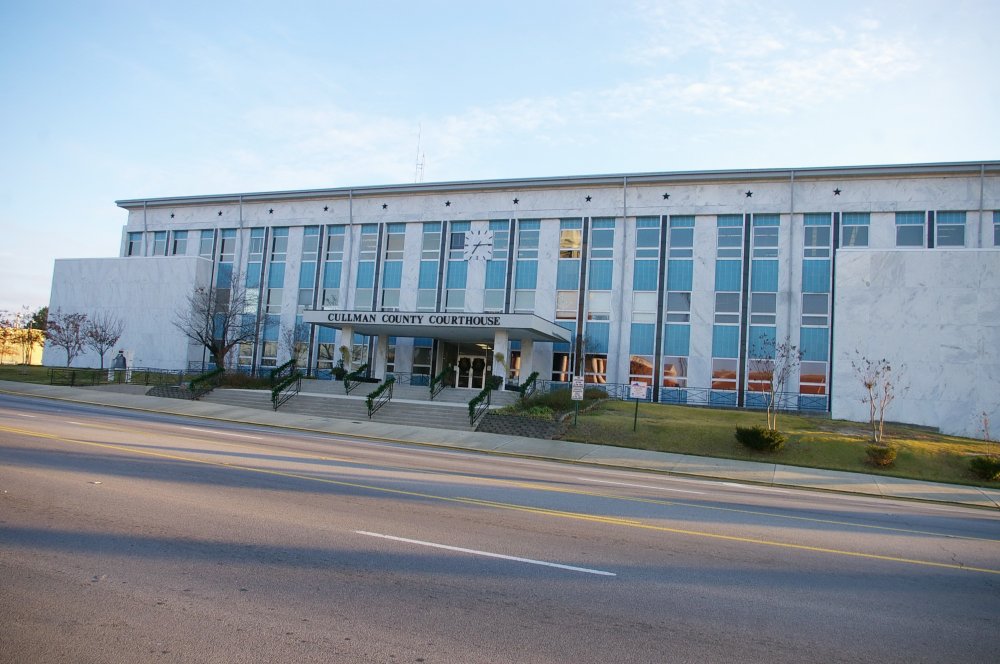 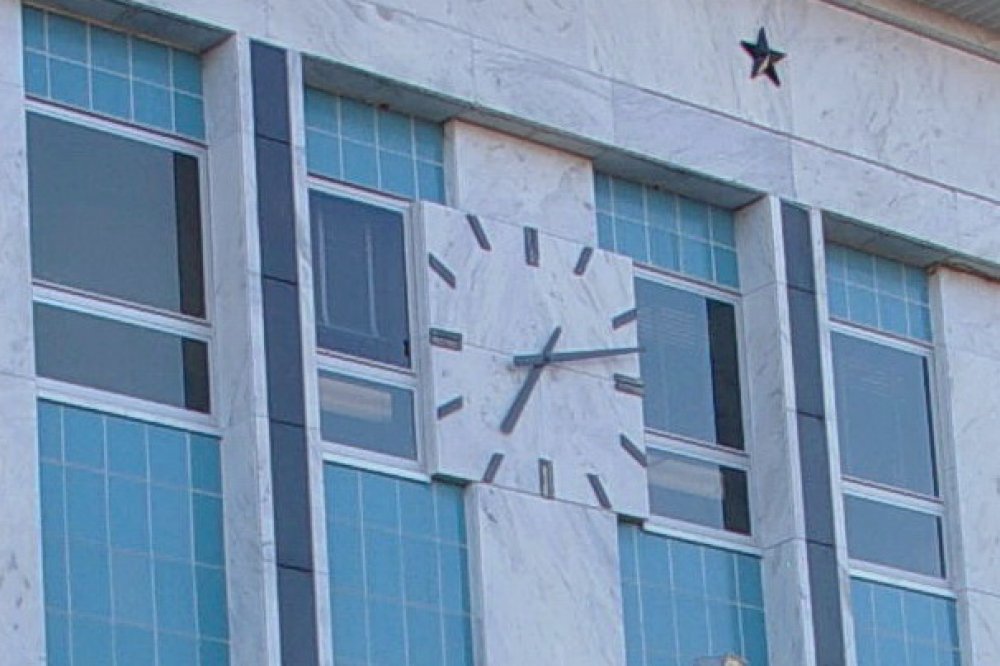 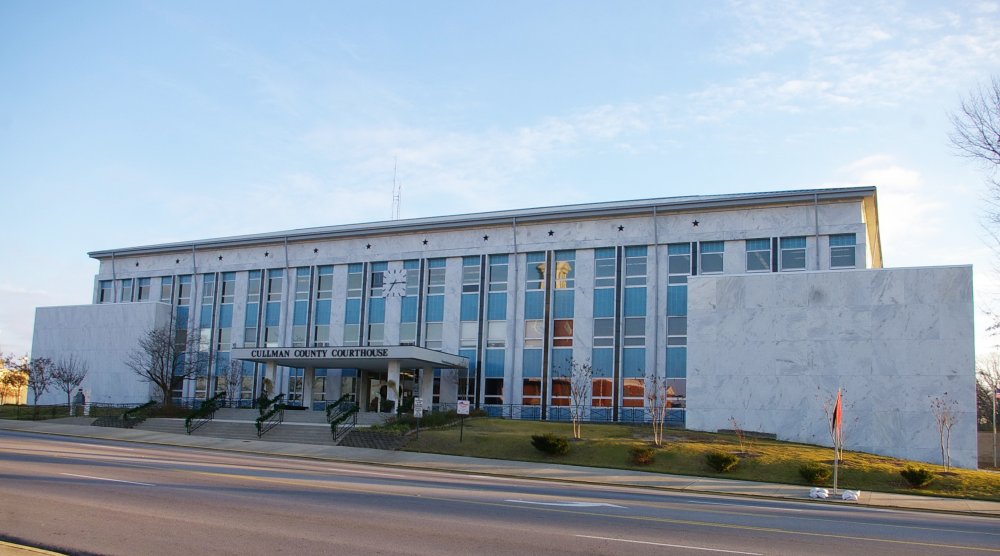 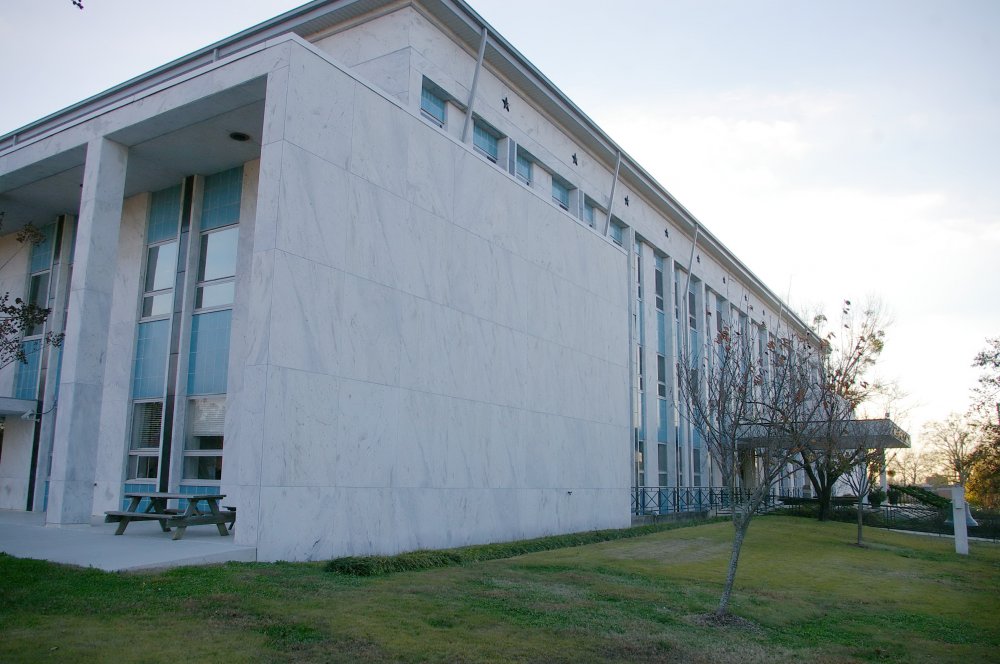 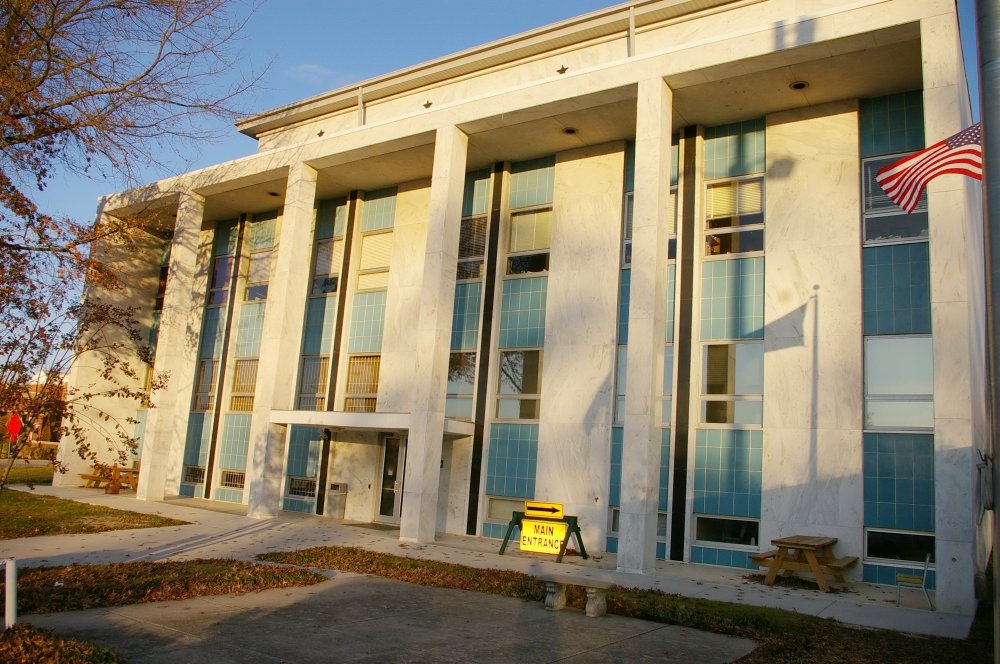 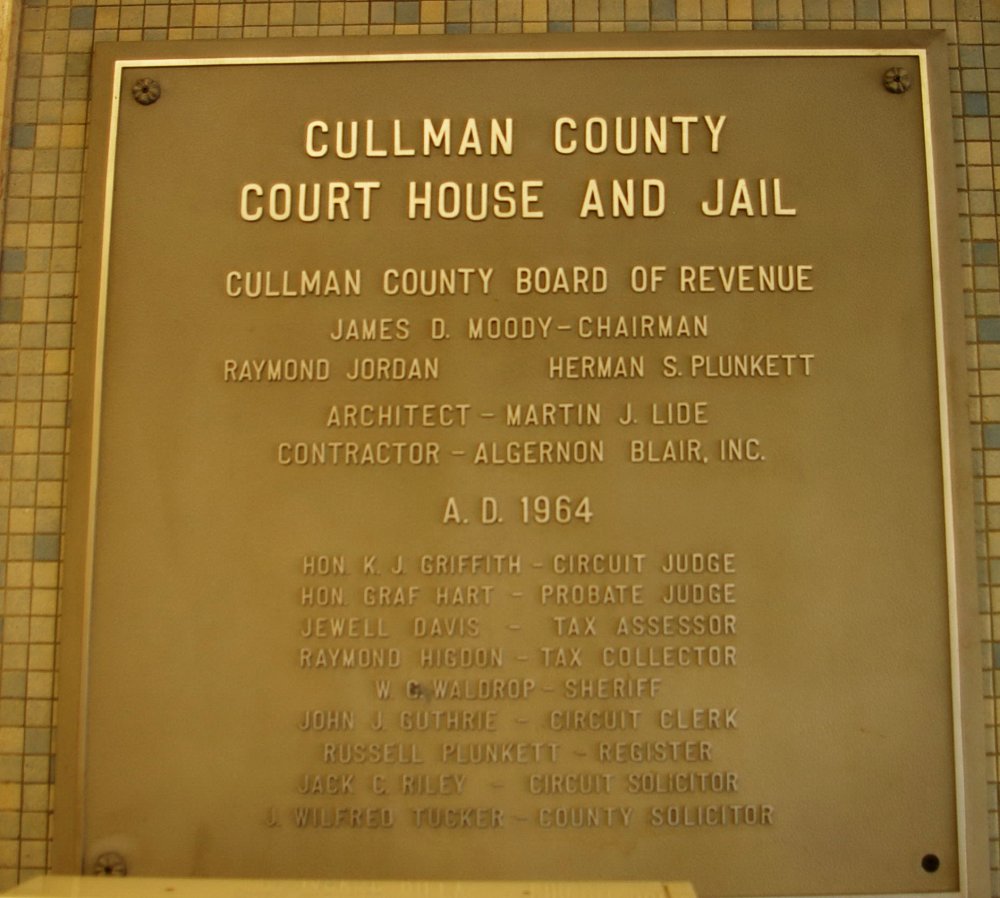 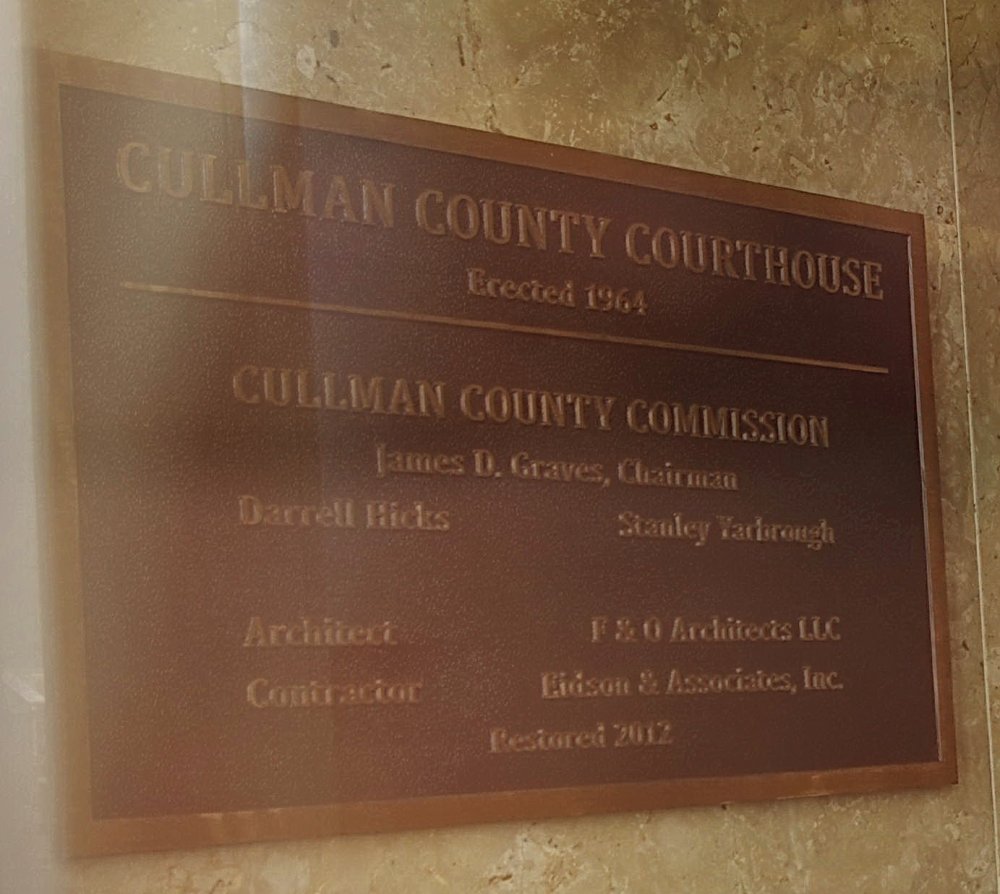