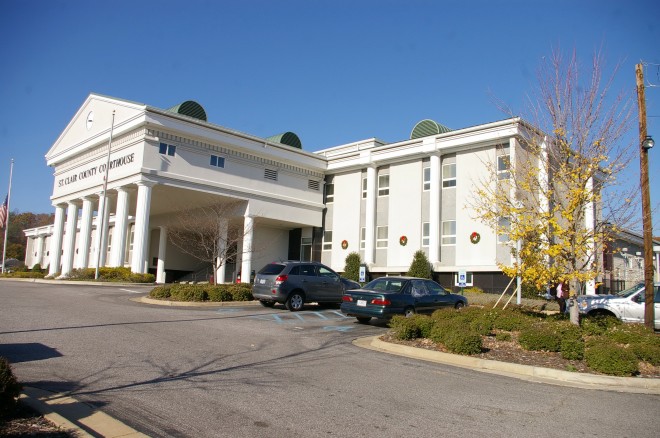 Saint Clair County is named for Arthur Saint Clair, who was president of the Continental Congress.

Description:  The building faces south and is a two story white colored brick and concrete structure. The building is located on landscaped grounds in the center of Pell City. The south front has a large overhanging central section supported by six coumbs with the second story and pediment above. The roof line is flat except for the overhang which is pitched. The building houses the County Circuit Court and the County District Court of the 30th Judicial District. The building was renovated in 2001 to 2002. The architect was McCauley Associates Inc. and the contractor was Baggette Construction Inc.

Note:  The previous courthouse was designed by W Chamberlain and constructed in 1901. 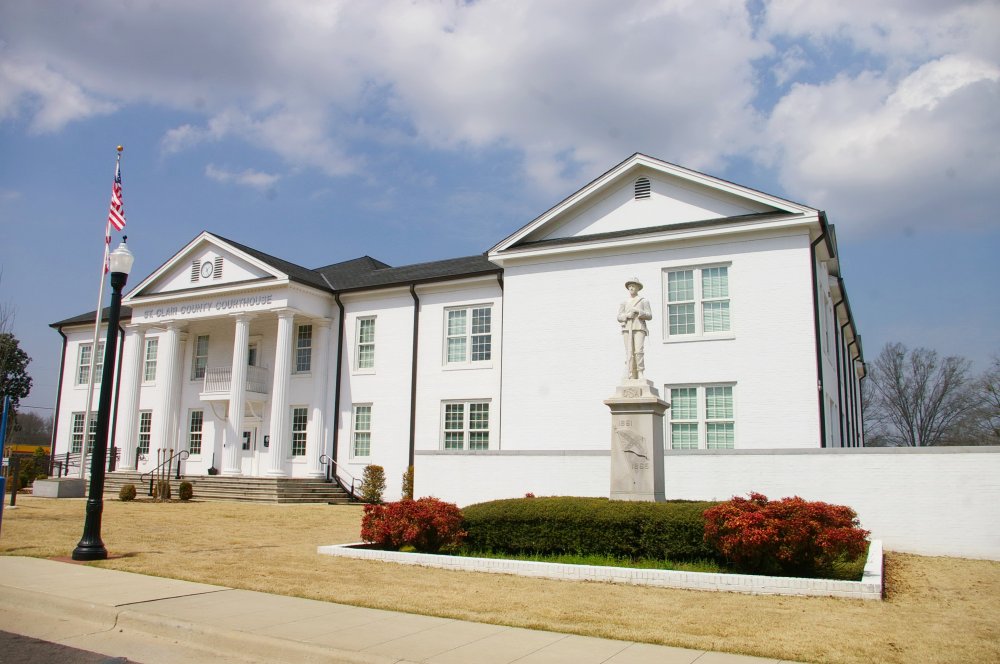 See:  Other antebellum courthouses in Alabama are located in Coosa County,  Lowndes County and Perry County. 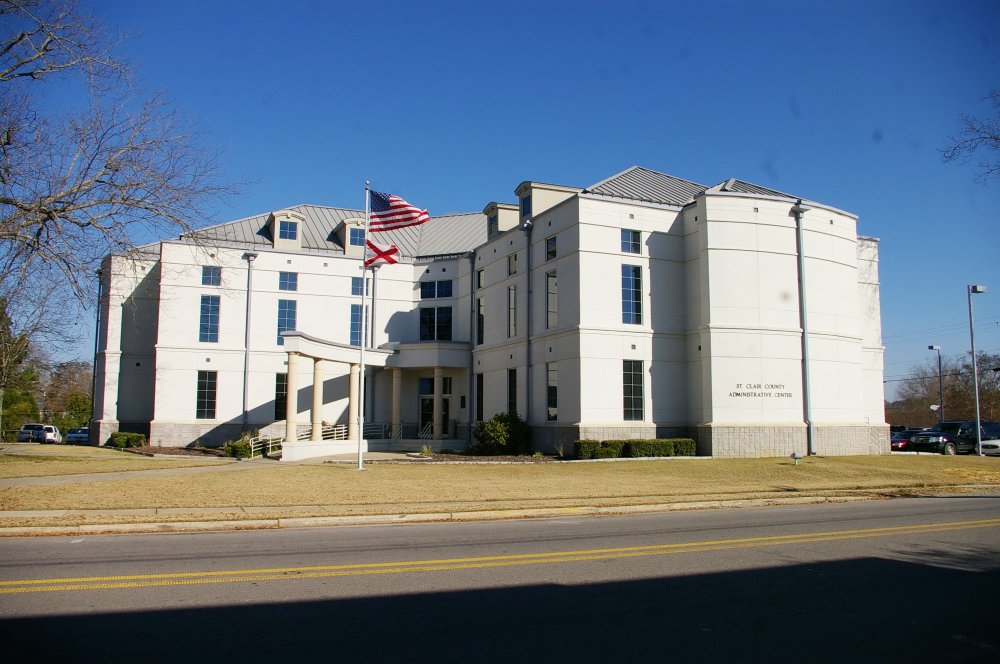 Description:  The building faces southwest and is a three story concrete and glass structure. The building is located on landscaped grounds in the center of Ashville. The building has a west wing and north wing joining at the central entrance which has a small overhang with columns. There are dormers on the third story. 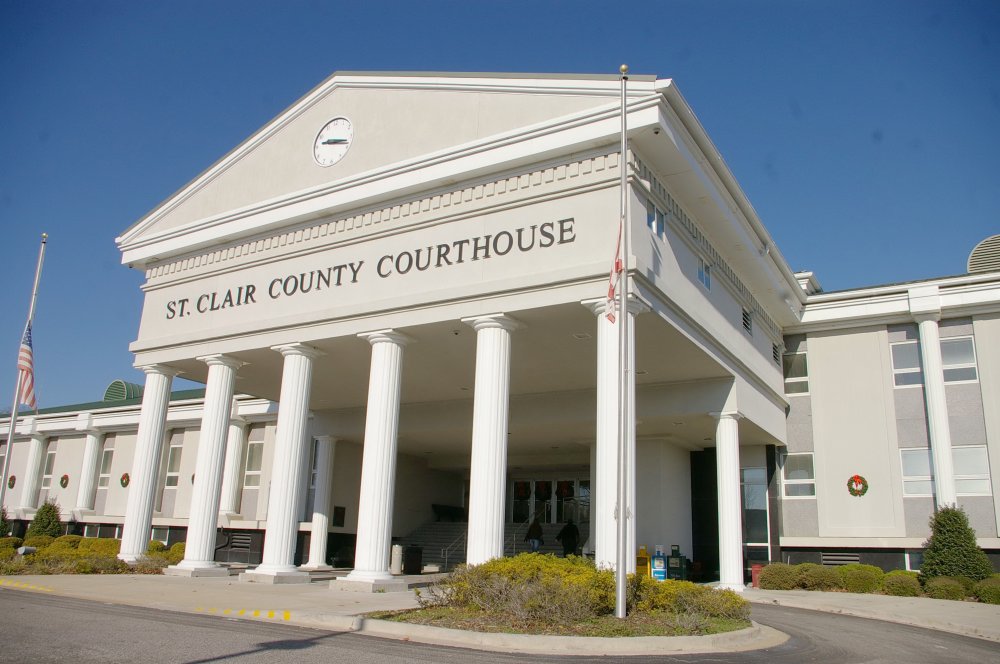 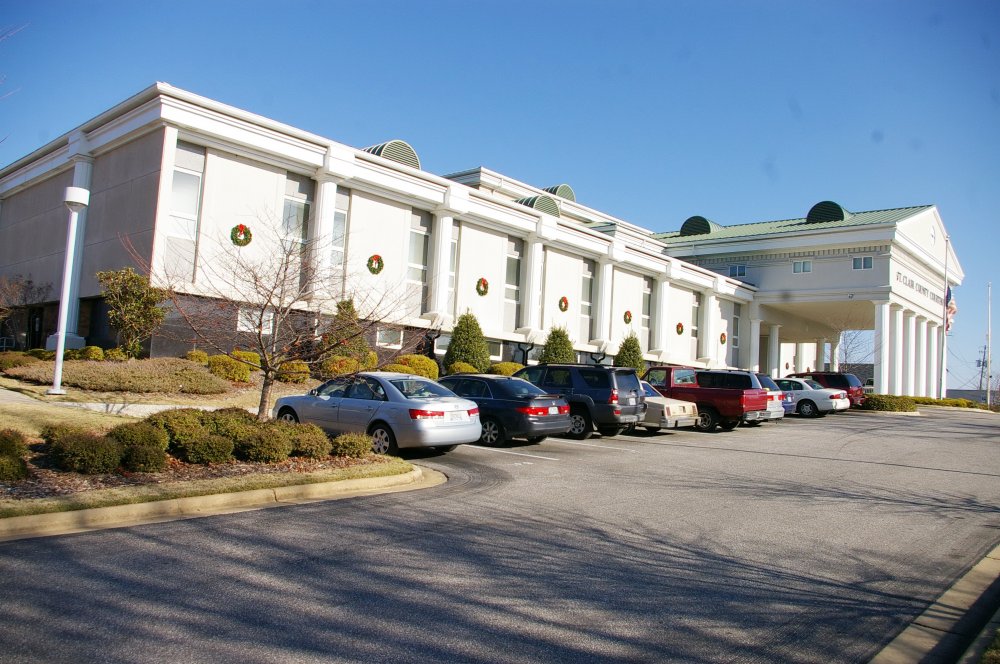 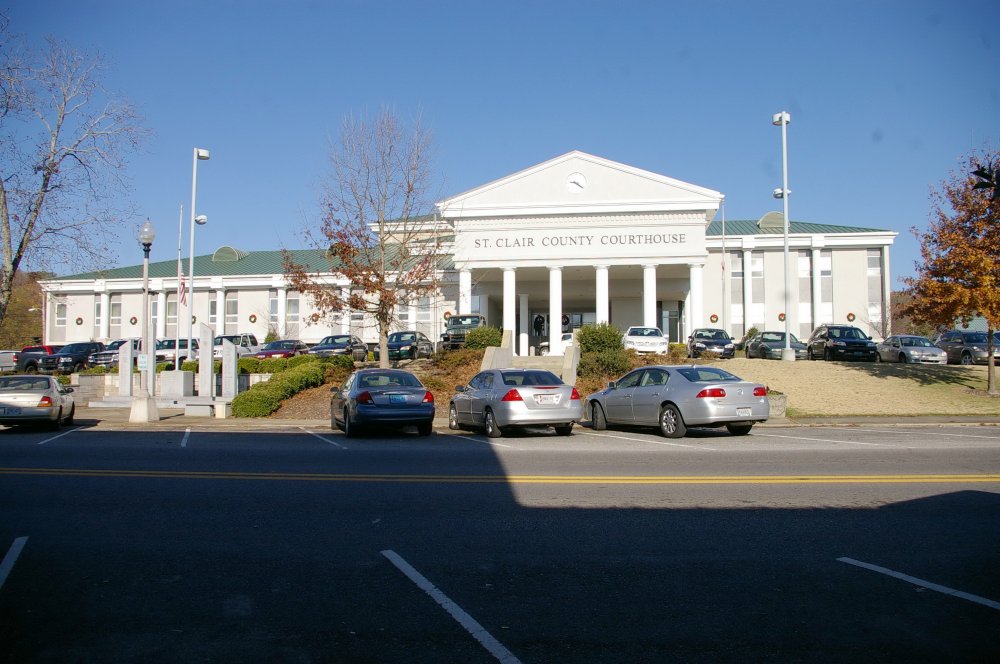 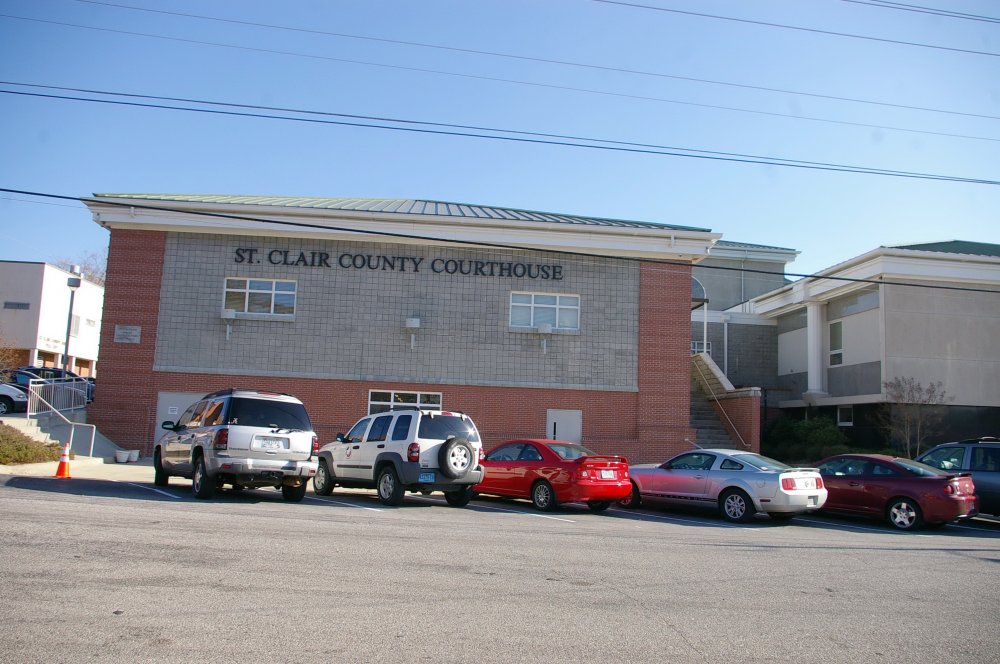 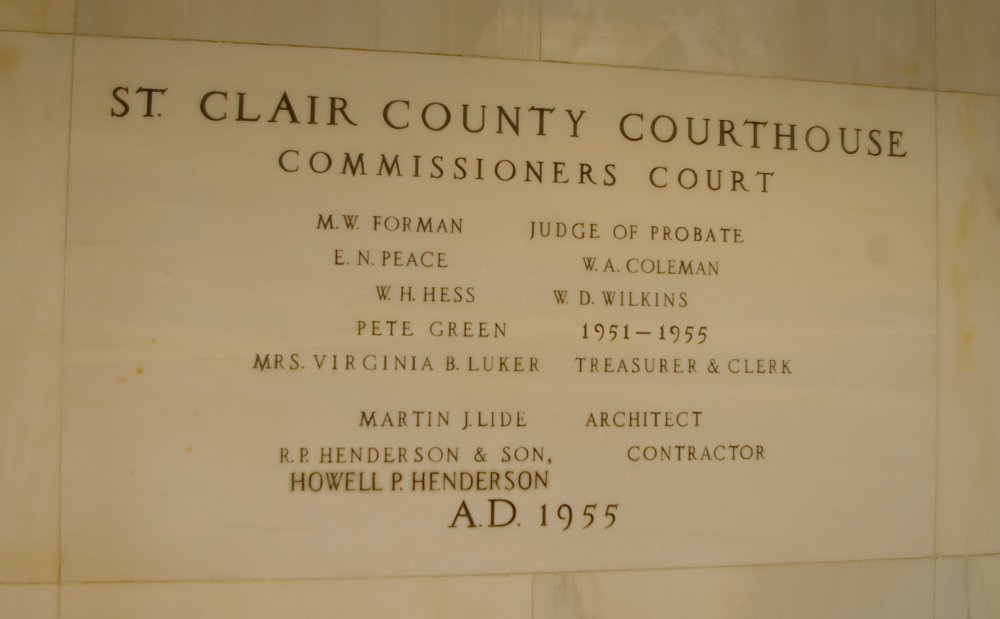 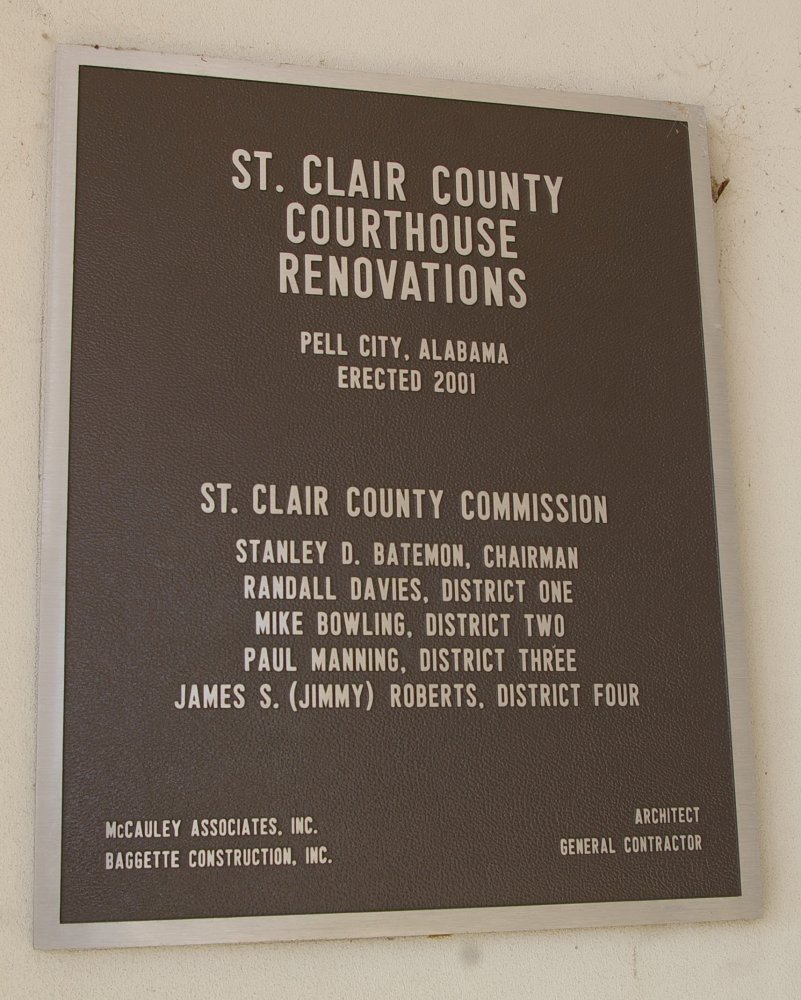 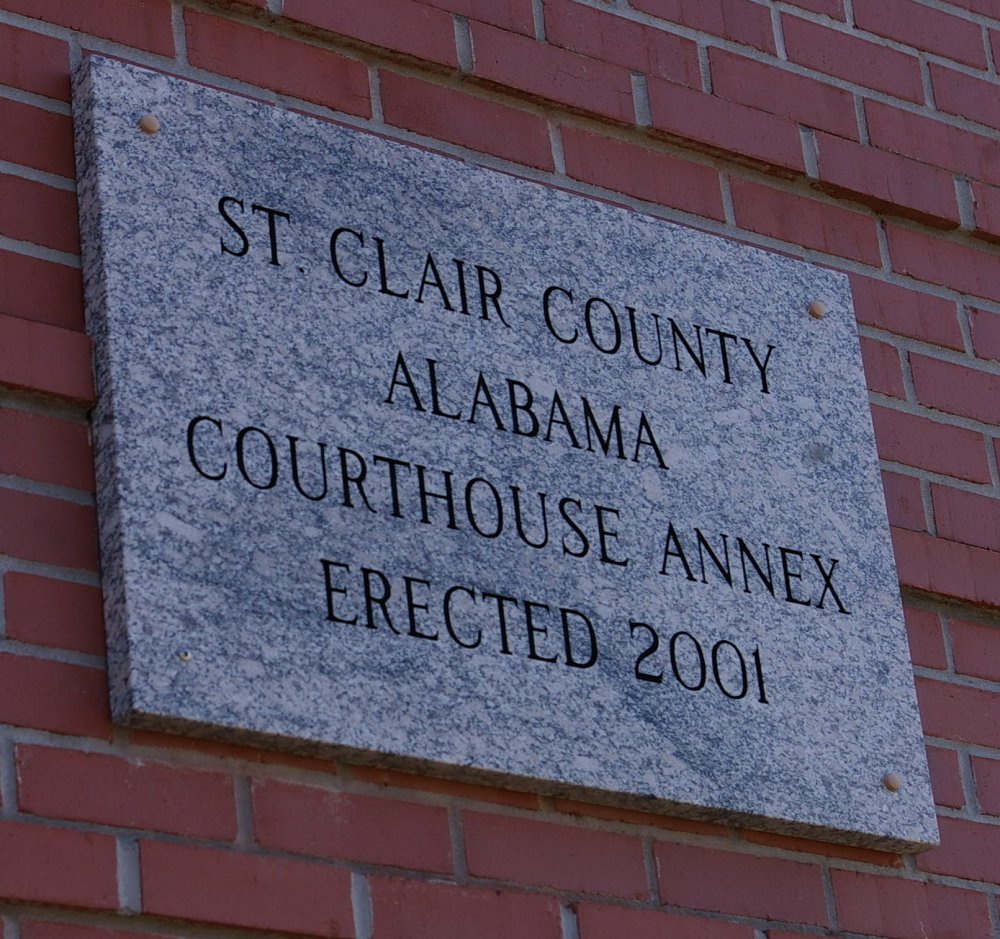