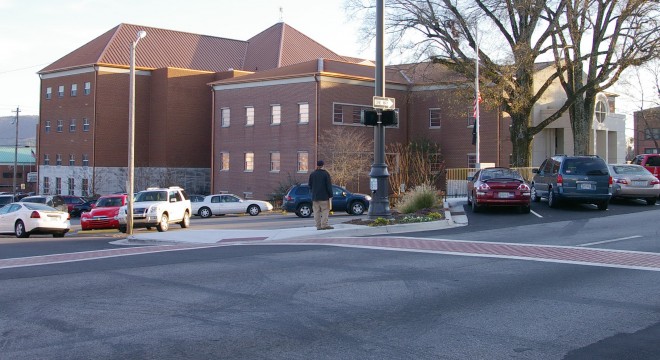 Marshall County – Guntersville is named for John Marshall, who was Chief Justice of the United States Supreme Court. 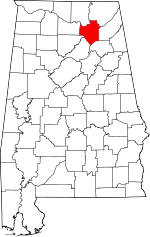 Description:  The building  faces northwest and is a three story red colored brick and concrete structure. The building is located on landscaped grounds in the center of Gunterville. The west entrance on the second story has a limestone portico. The building forms a “T” and descends east down the slope of the hill. The red roof is pitched. The building houses the County Circuit Court, the County District Court and the Probate Court of the 27th Judicial District. The building was remodeled in 1962 to 1963. The architect was Martin J Lide of Birmingham and the contractor was Jesse and Chris Rush. An addition of four stories was built on the east side in 1989 and 1990. The architect was Adams Design Associates and the contractor was Consolidated Construction. 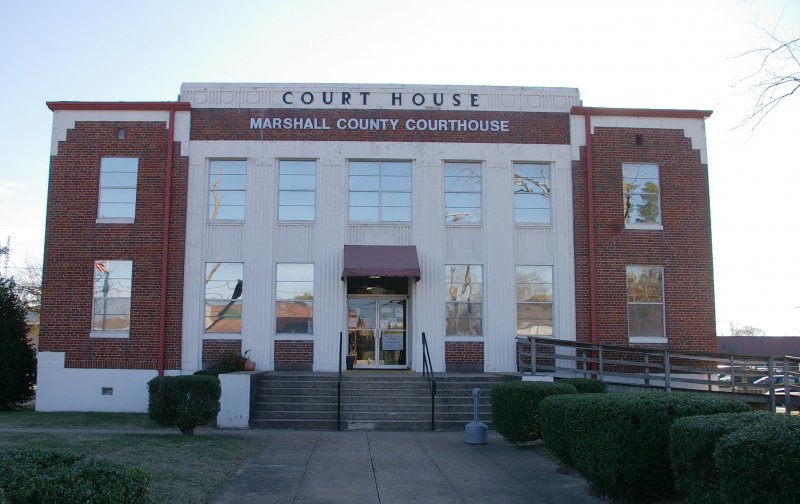 Description:  The building faces north and is a two story red colored brick and concrete structure. The building is located on landscaped grounds in the center of Albertville. The north front has vertical dividers with windows between. The entrance is at the center of the first story. The roof line is flat. The building houses the County Circuit Court and the County District Court of the 27th Judicial District. An addition was built on the south side. 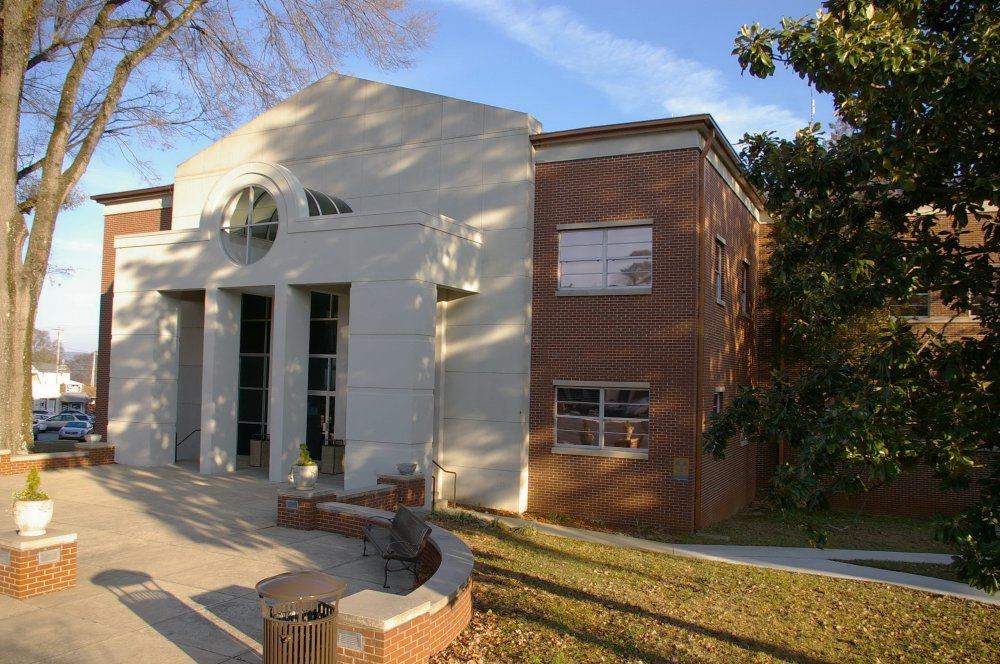 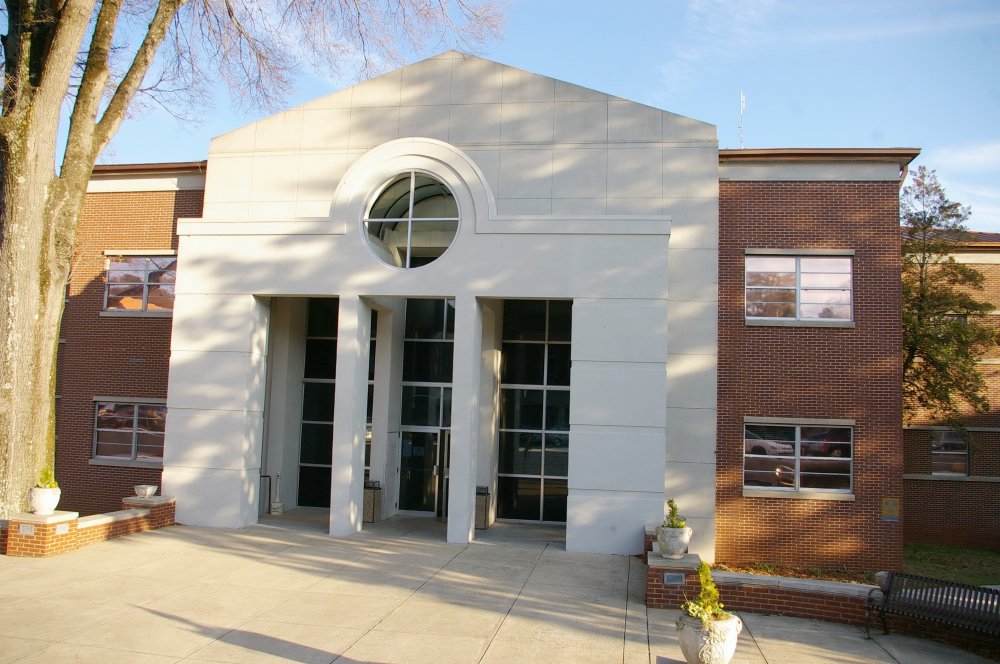 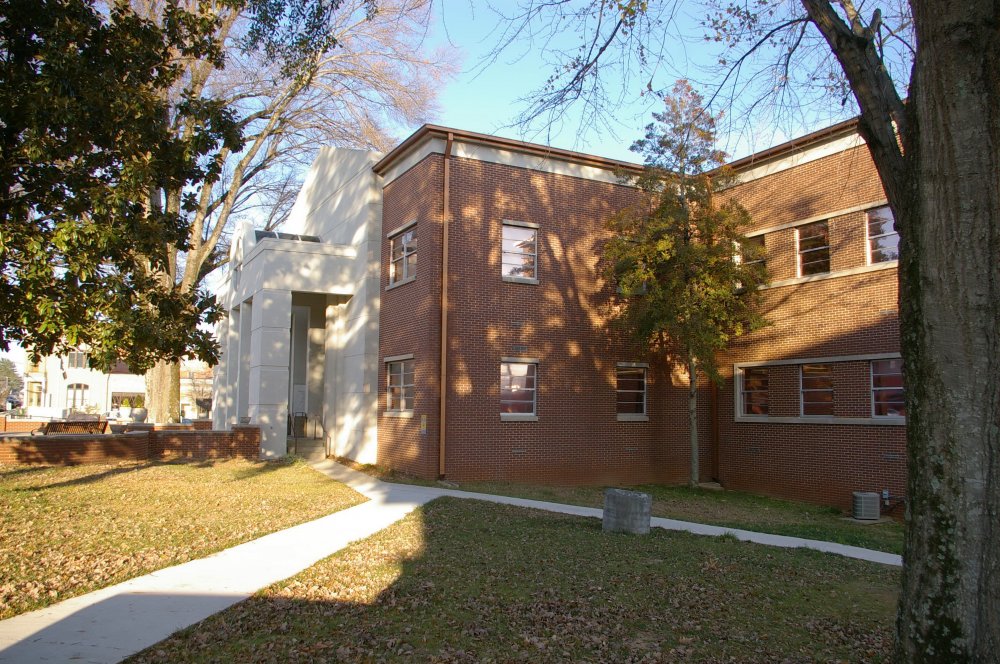 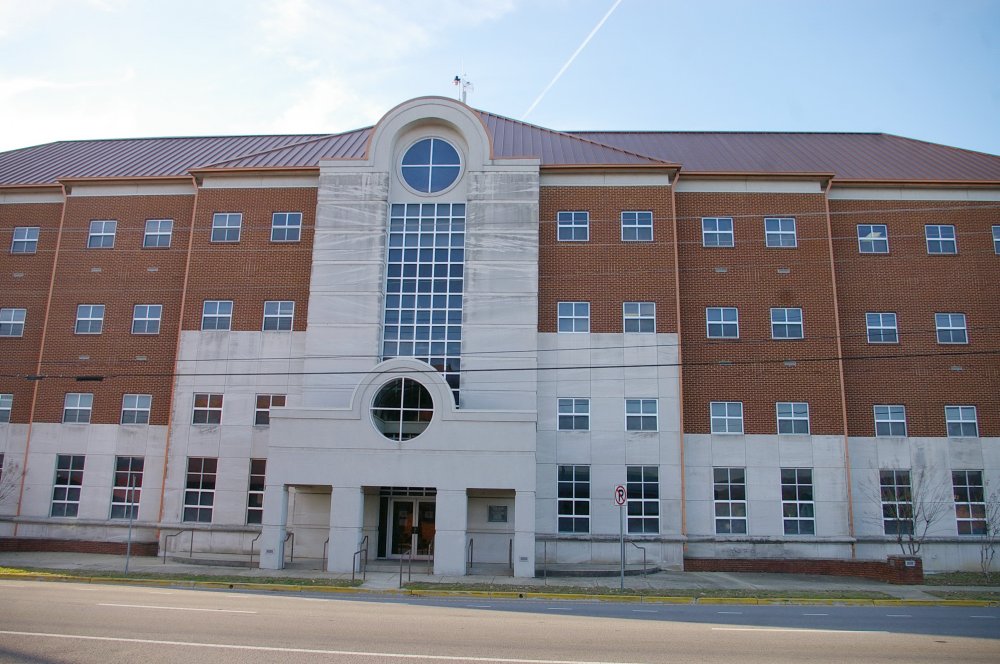 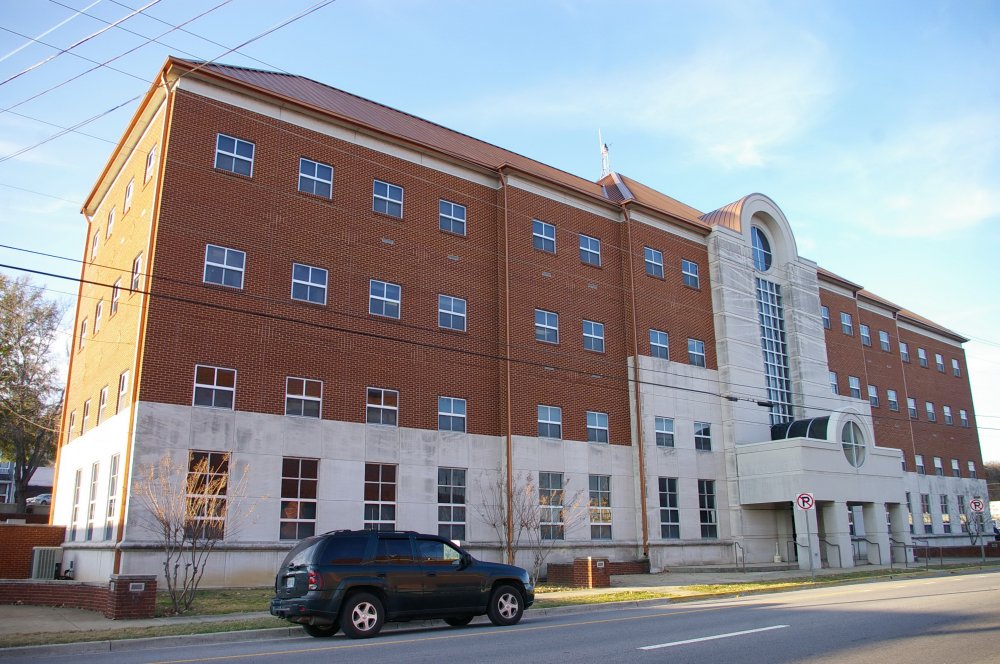 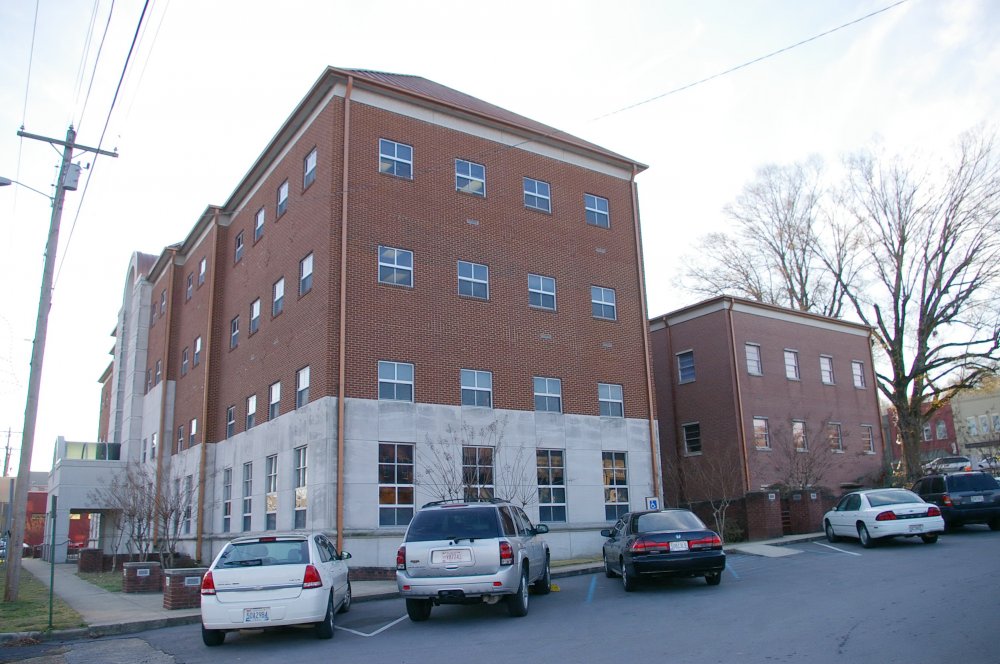 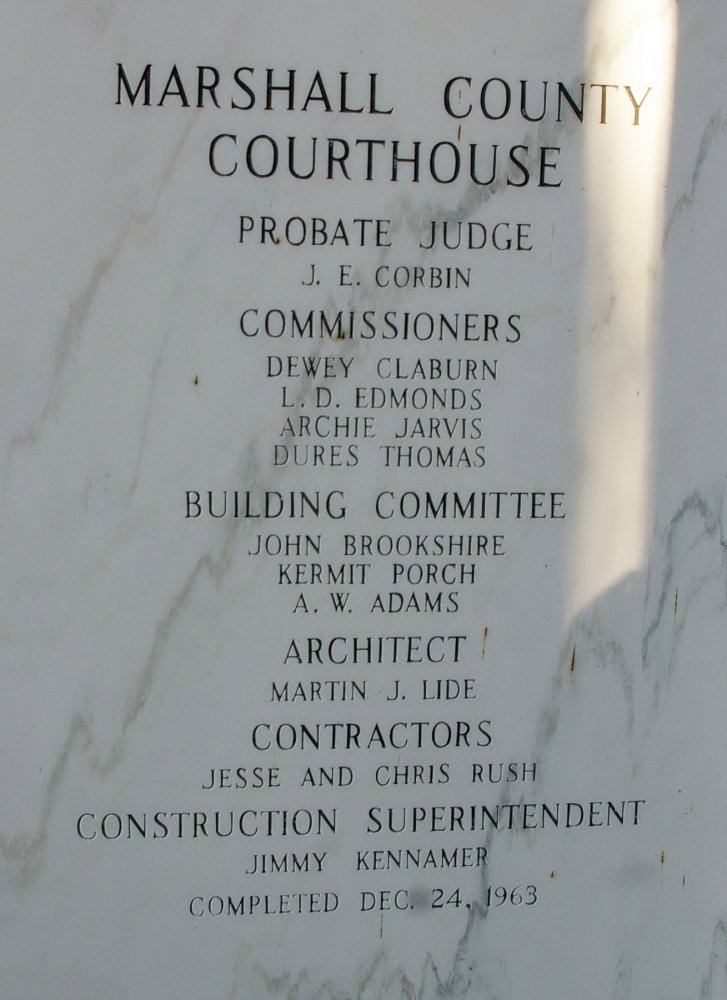 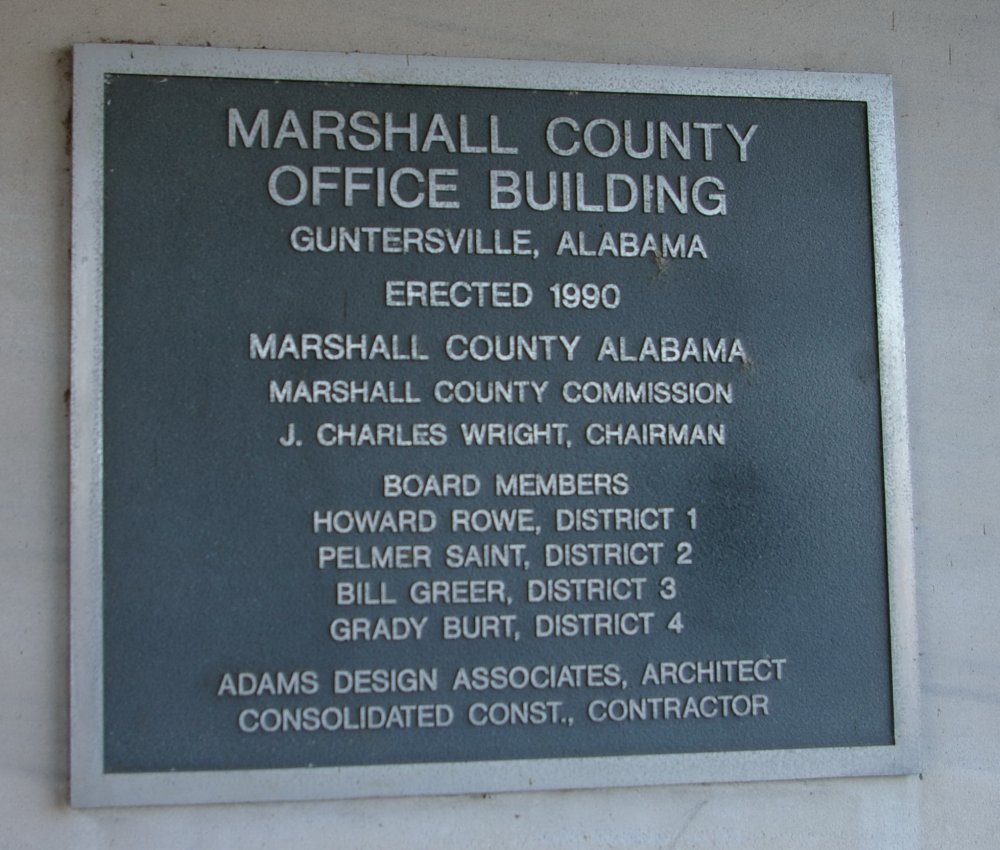