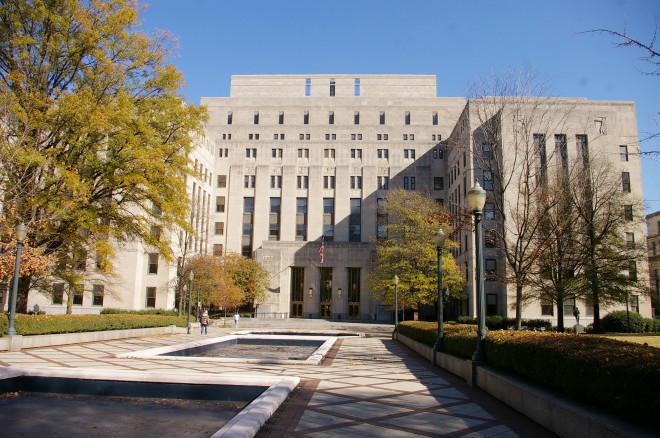 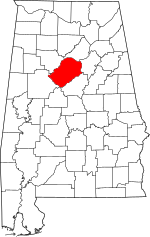 Architect:  Holabird and Root of Chicago and Harry Wheelock

Description:  The building  faces west and is a nine story cream colored limestone, granite and concrete structure. The building is located on landscaped grounds in the center of Birmingham. The building is “H” shaped and tiered. The east and west entrances have two story projecting sections. The windows are vertical. The roof line is flat. The building houses the County Circuit Court of the 10th Judicial Circuit and the County District Court and County Probate Court. The north Courthouse Annex section which is eight stories, was constructed in 1963 to 1964. The architect was Charles H McCauley Associates. The building was renovated in 2002. The architect was Giattina Fisher Aycock, Inc.

Note:  Bas-relief sculpture adds subtle and sometimes elegant decorative detailing to the facade. Particularly notable are the series of sculptures by Leo Friedlander symbolizing attributes associated with the seat of justice and cultural and political influences from the county’s past. Over the west entrance the panels depict the Indians, the Spanish, the French, early American settlement, the Confederacy, and the English. Other panels of the building symbolize vigilance, power, justice, and mercy. Columns topped with the American motif of New World corn flank the main entrance. Handsome Art Deco lanterns also mark the entrances. 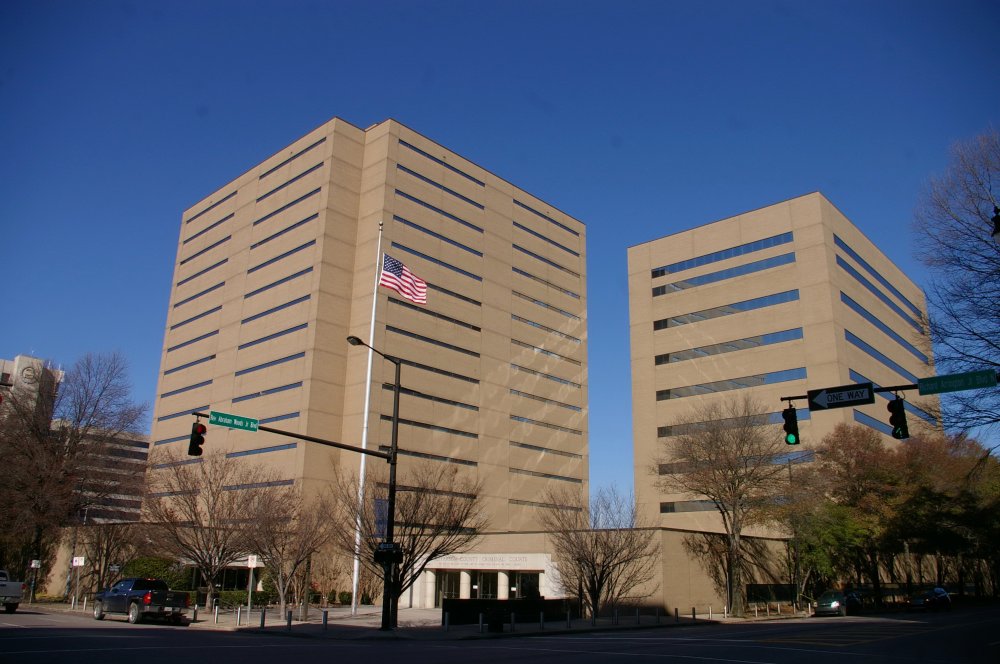 Description:  The building is a complex facing west with a fifteen story tower on the northwest housing the jail and a nine story tower on the southeast housing the courts. The buildings are located in the center of Birmingham to the northeast of the courthouse. The buildings are concrete and glass structures joined by a one story structure on the southeast which has an entrance on the west side. The entrance section has two pillars with recessed glass doorways. The northwest tower was constructed from 1982 to 1984. The southeast tower was constructed from 1984 to 1986. The roof lines are flat. The building is named as the Mel Bailey Criminal Justice Center. The building houses the County Circuit Court of the 10th Judicial Circuit and the County District Court. 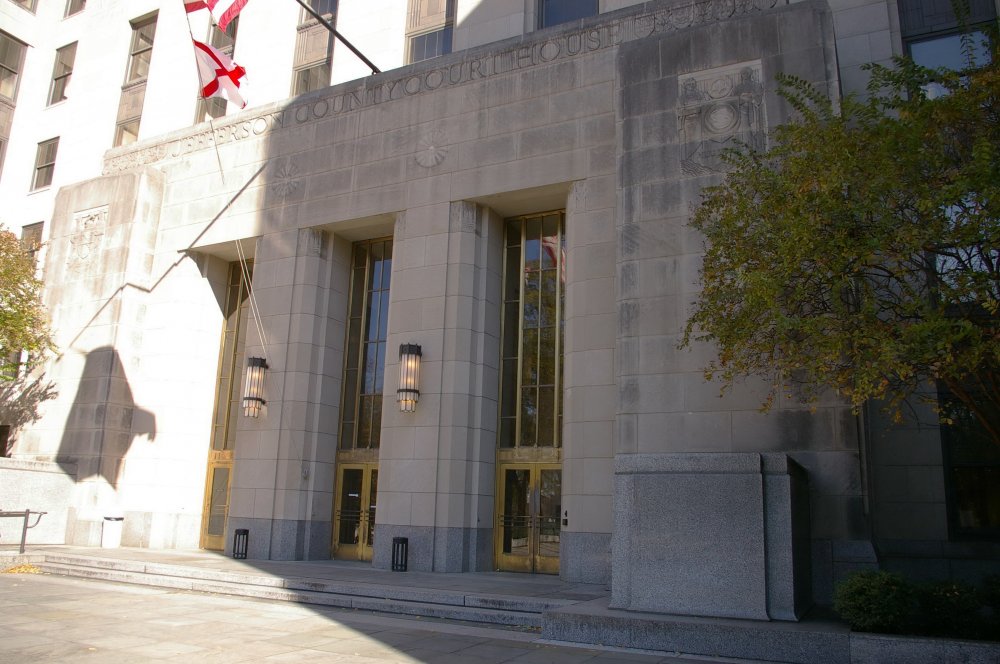 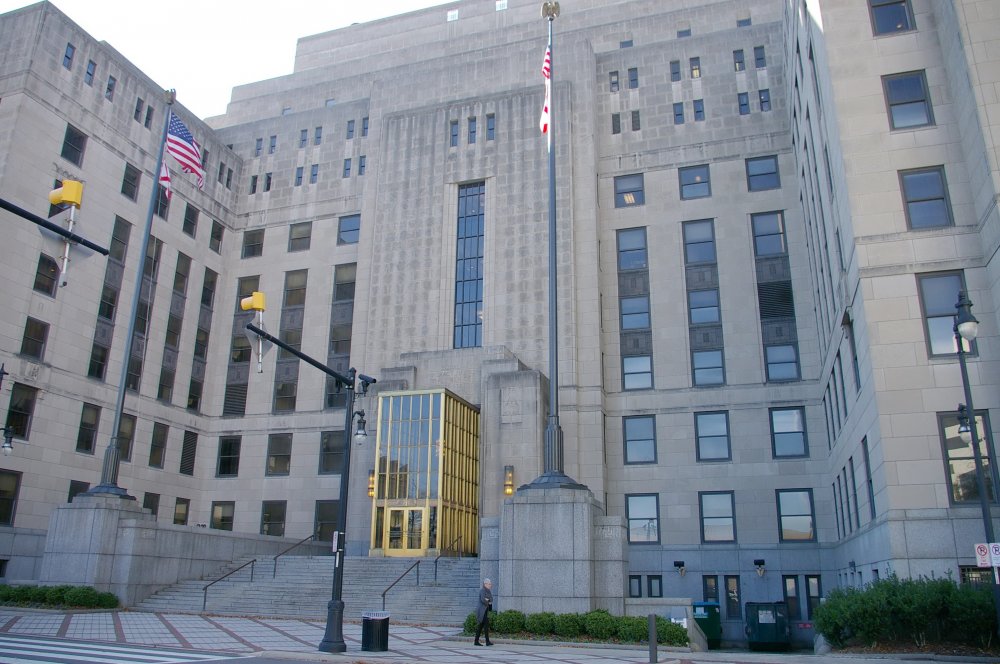 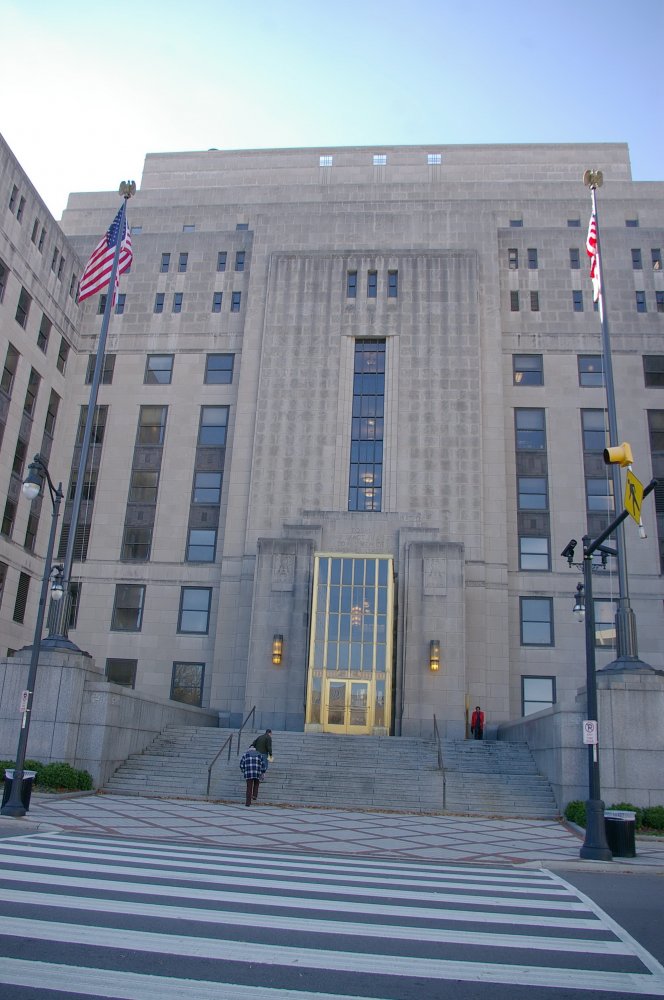 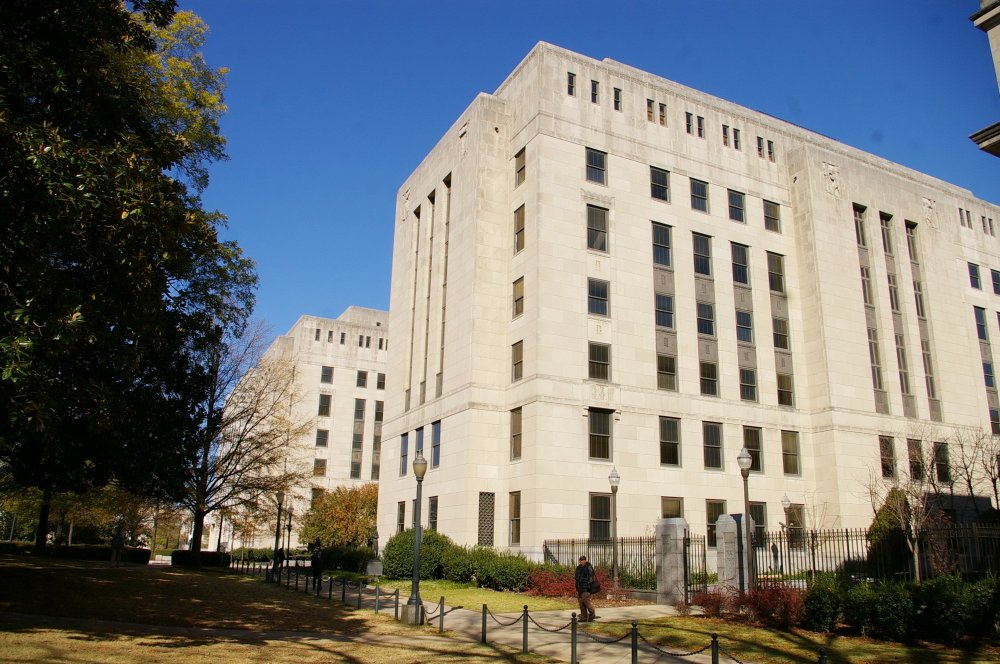 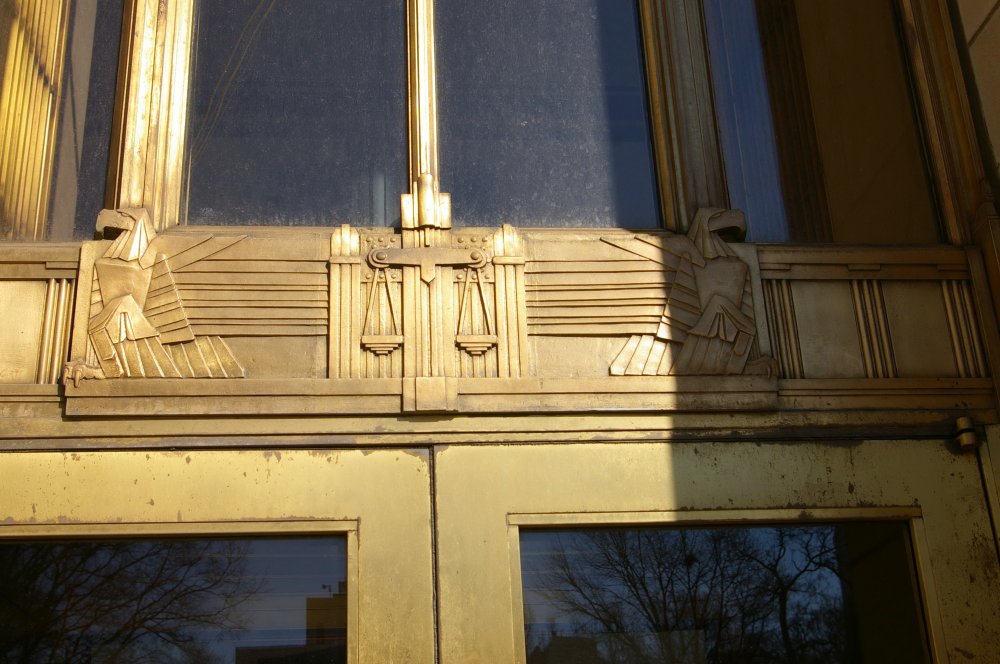