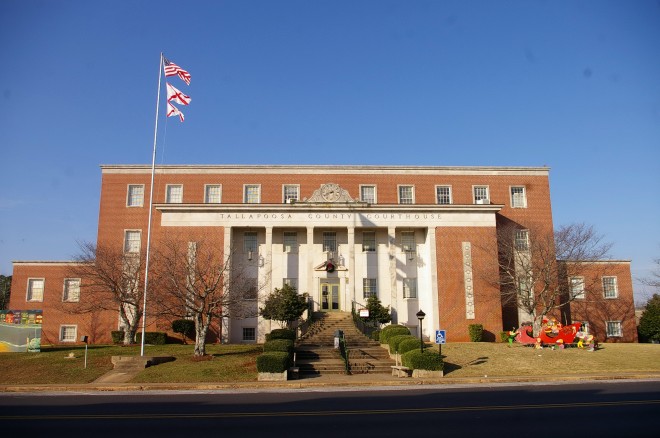 Tallapoosa County is named for the Tallapoosa River, which was named from the Creek Native American words “Talwa posa” meaning “grandmother town”. 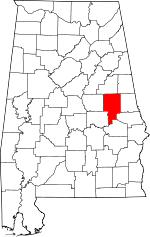 Description:  The building faces east and is a four story red colored brick and concrete structure. The building is located on landscaped grounds in the center of Dadeville. The east front has a large porch rising to the top of the third story with clock in the center and has six thin pillars. The entrance on the second story is recessed with a same pediment above. The center section projects from the main building. There are two story north and south wings. The roof line is flat. The building houses the County Circuit Court and the County District Court of the 40th Judicial District. 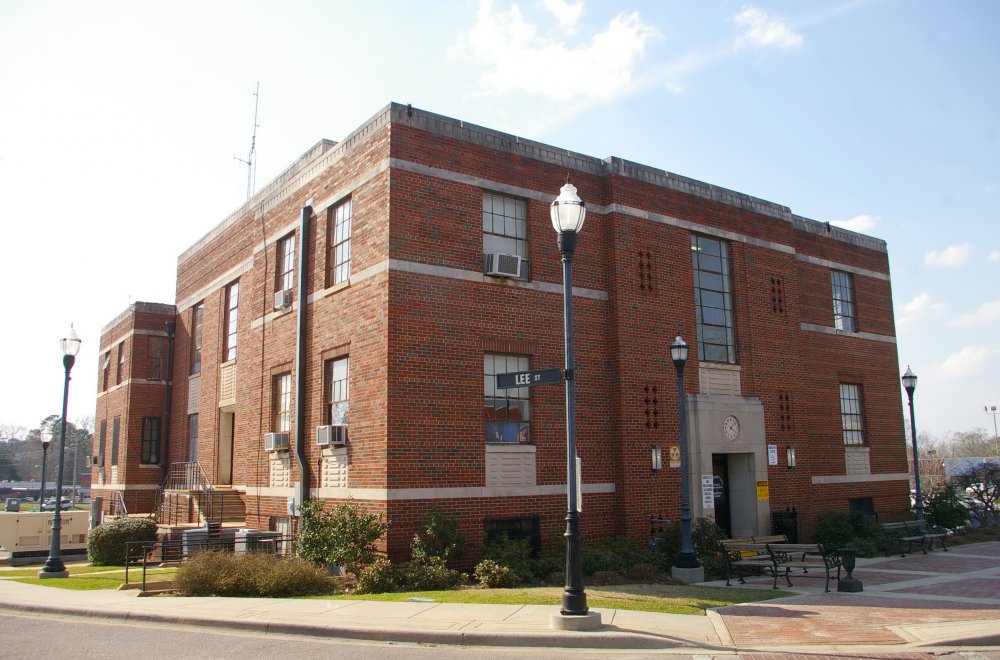 Description:  The building faces south and is a two story red colored brick and concrete structure. The building is located on landscaped grounds in the center of Alexander City. The building was constructed as a combination city hall and county courthouse.  The building is “H” shaped with the center section rising higher than the east and west wings. The east front has a concrete framed entrance on the first story. The center section projects slightly with a high window on the second story. Horizontal belts run below the windows and the flat roof line.

Note: The architect might have been C H McCauley and the contractor W L Costou similar to the courthouse in Albertville in Marshall County. 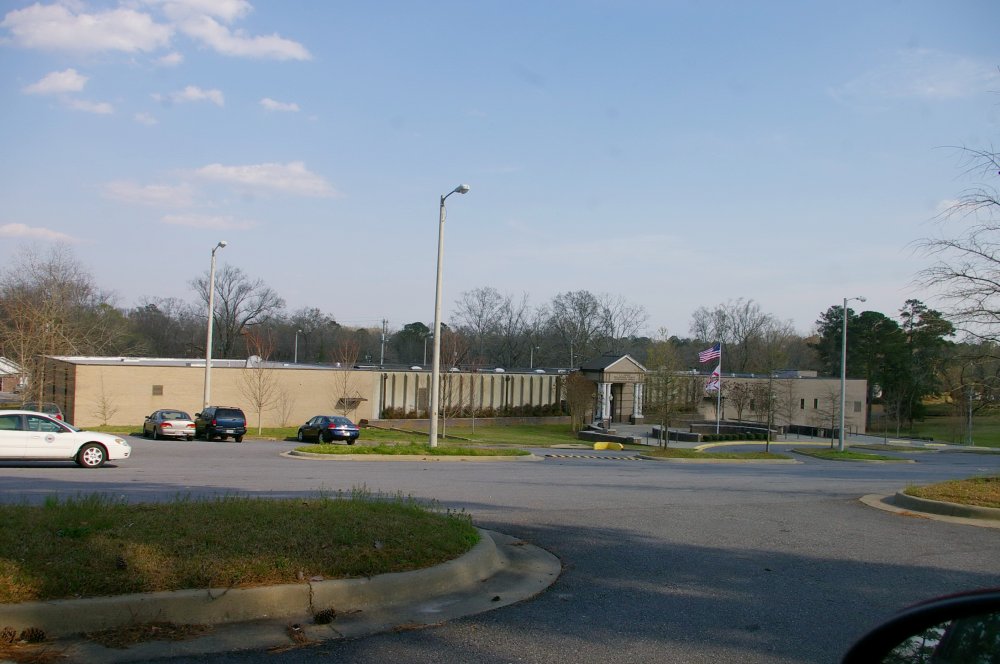 Description:  The building faces  west and is a one story buff colored brick and concrete structure. The building is located on spacious landscaped grounds to the south of Alexander City. The west front has a high portico with four white colored columns and pediment above. The building is shaped as a “U” with projecting south and north wings. The roof line is flat. The building is names as the C J Coley Courthouse Annex. 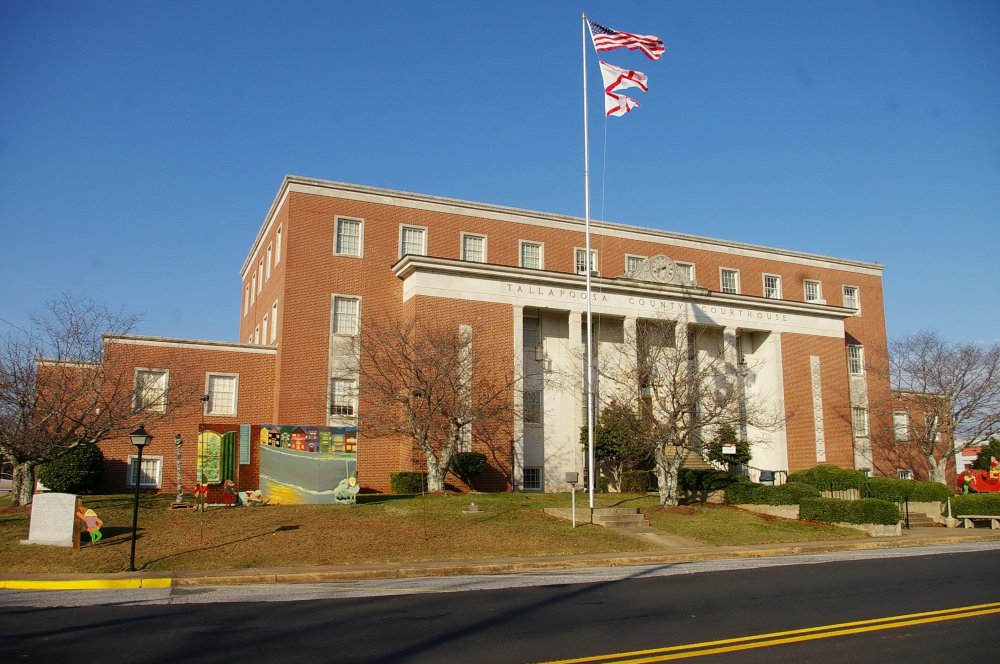 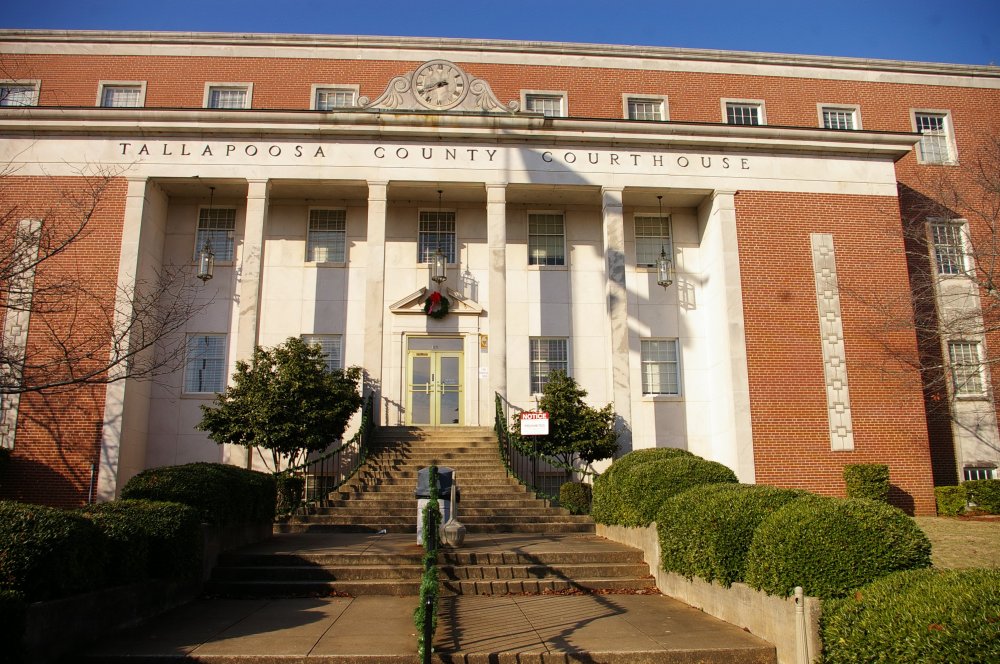 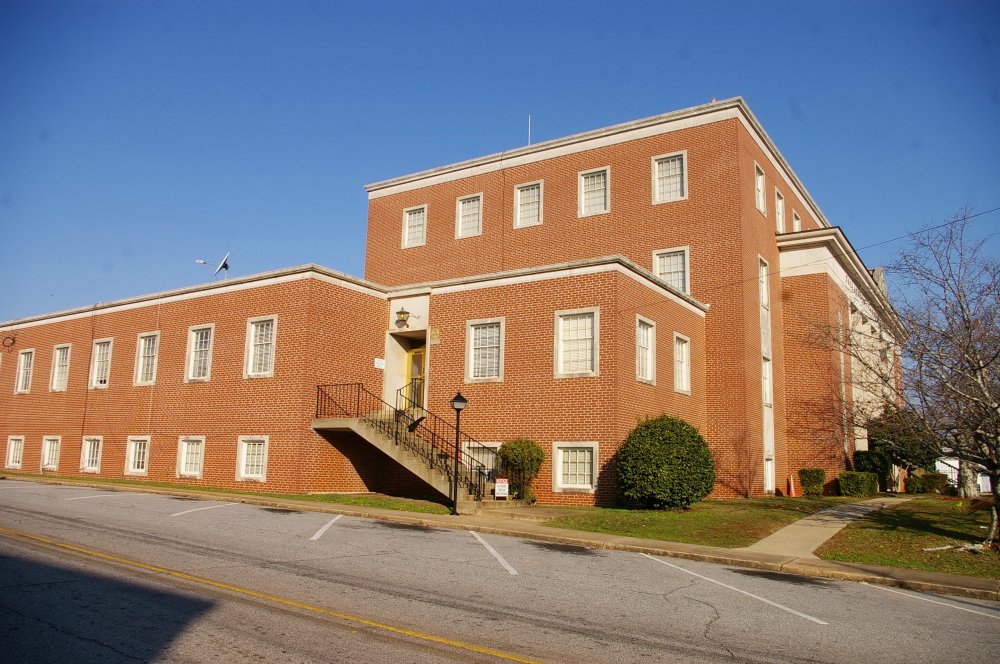 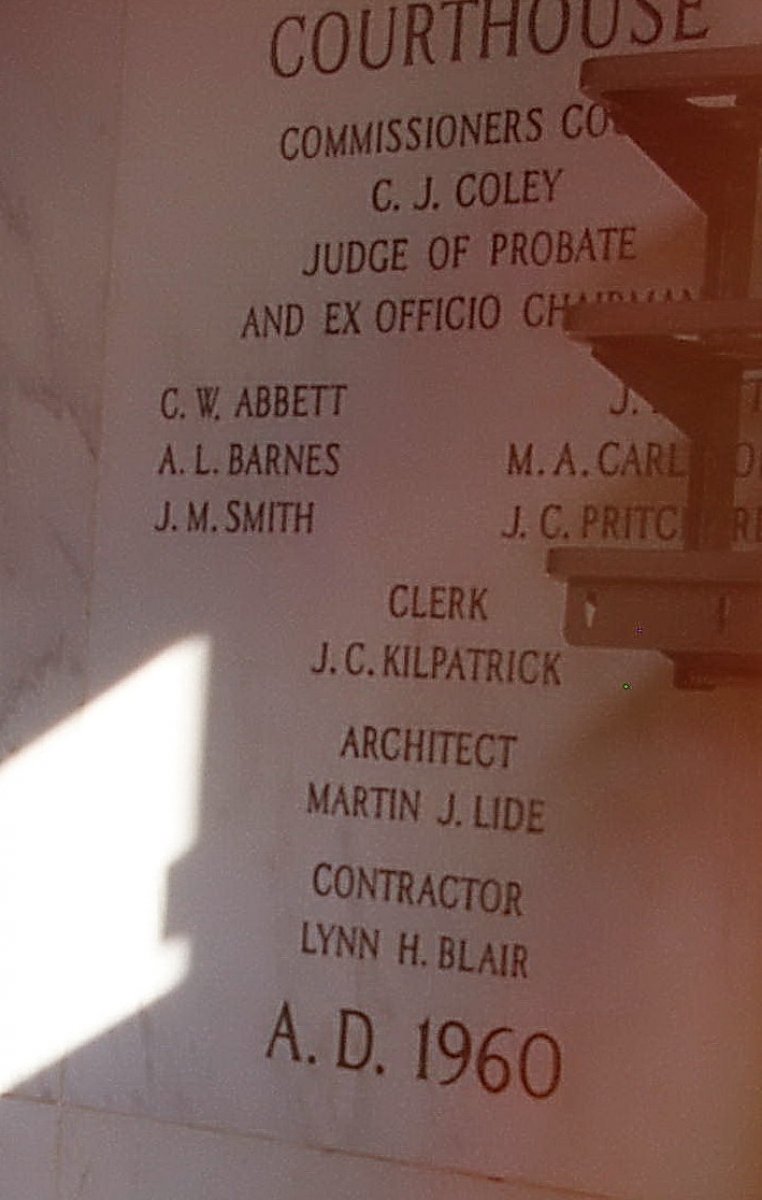 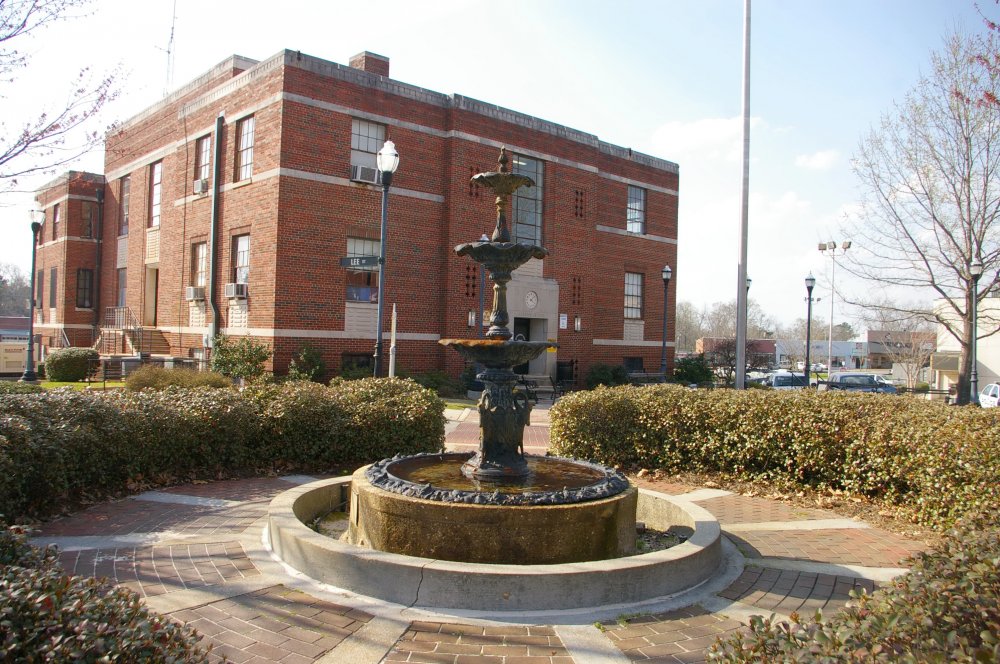 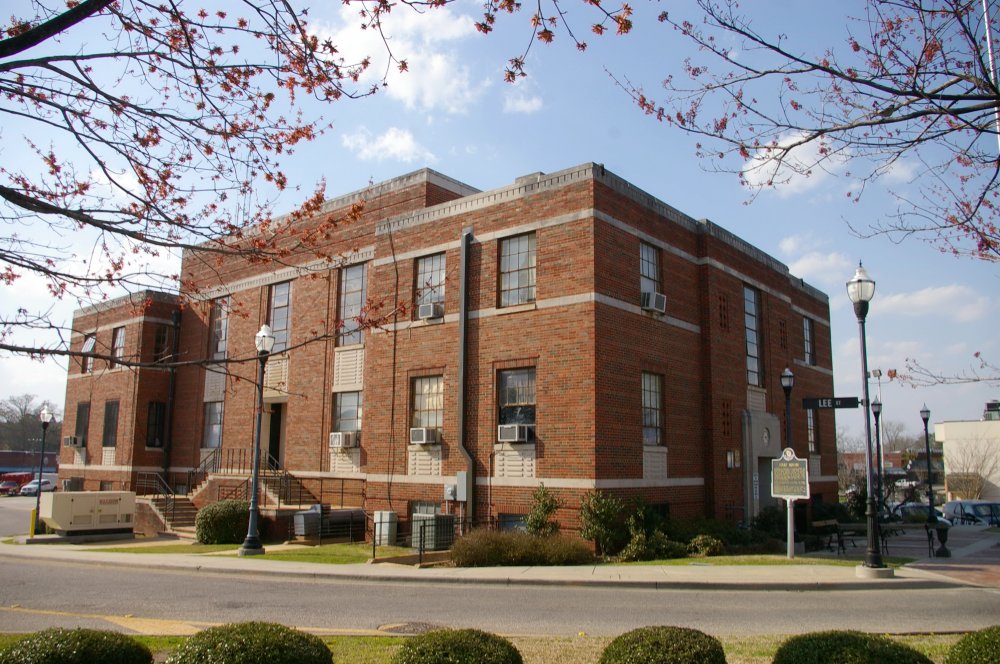 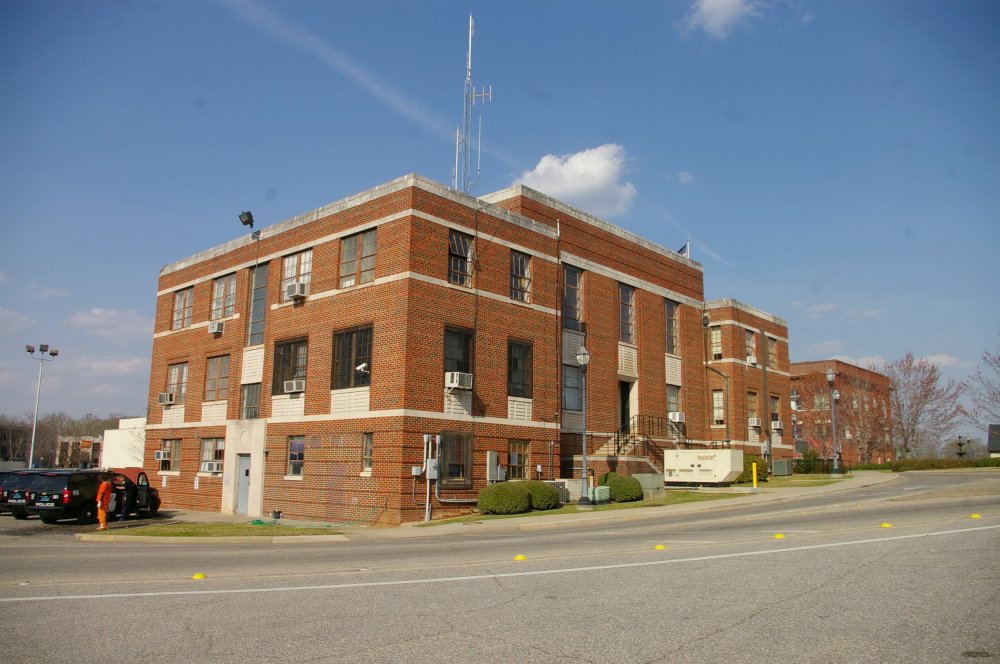 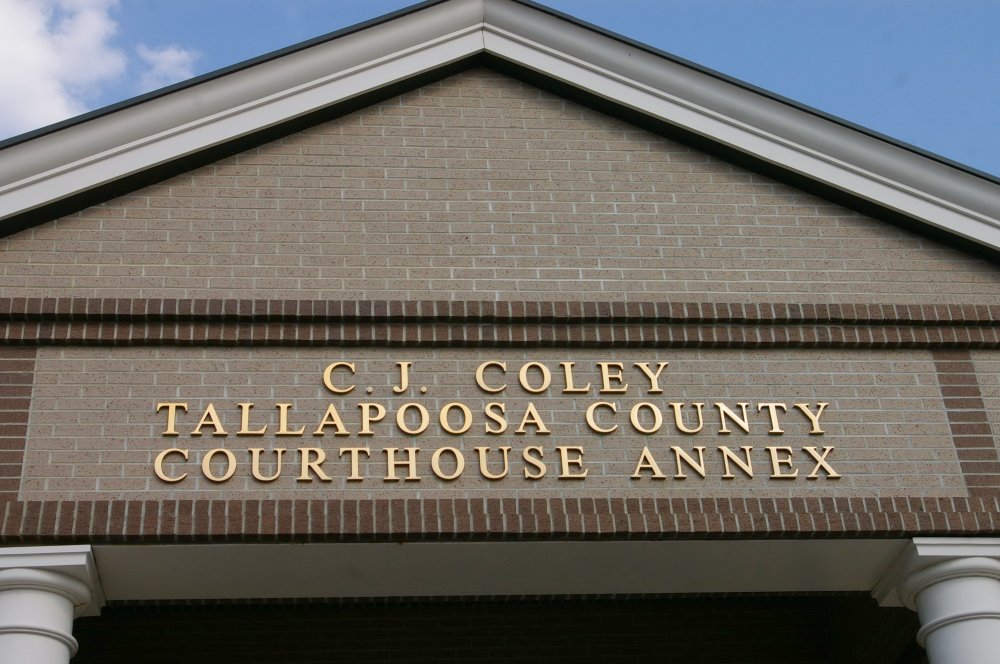