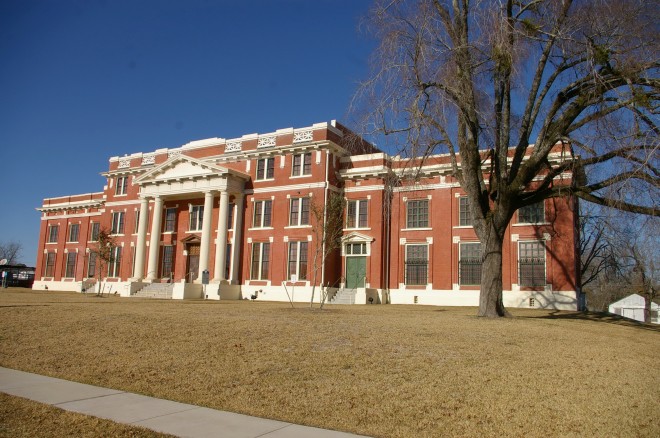 Trinity County is named for the Trinity River which was named by Alonso de Leon who called the river “La Santisma Trinidad” meaning “the Most Holy Trinity”.

Description:  The building faces southwest and is a three story red colored brick structure. The building is located on spacious landscaped grounds. The southwest front has a central portico supported by four columns rising to a pediment at the third story. The center section of the building is higher than the recessed east and west wings. A horizontal belt runs above the second story windows. The roof line is flat. The building was renovated in 2011.

Note:  The courthouse was built in two phases. The east wing being the Records Building was built in 1908 and was initially built as the county records building. The building was an exact replica of the Records Building in Polk County, built in 1905 and designed by L S Green. In 1914, the Trinity County Commissioners hired C H Page and Brother to design a new courthouse that was to incorporate the existing records building into the new courthouse.

Note:  Courthouses were built in Sumpter in 1850 and 1857. A courthouse was built in Pennington in 1874. The previous courthouse was designed by Eugene T Heiner and constructed by Darling & Myers in 1884 in Groveton. The building was destroyed by fire in 1910. 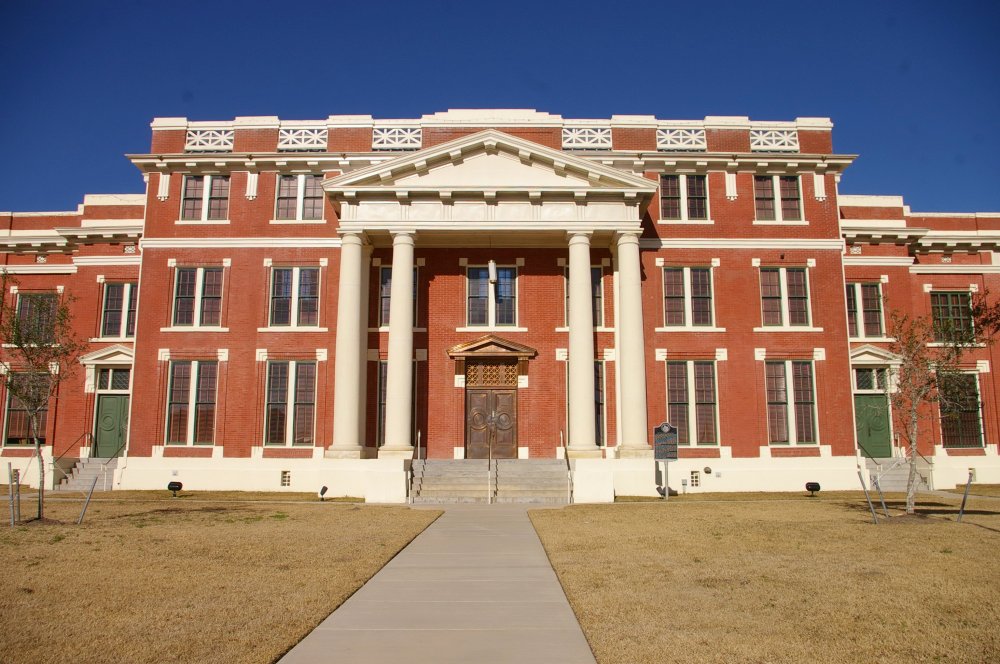 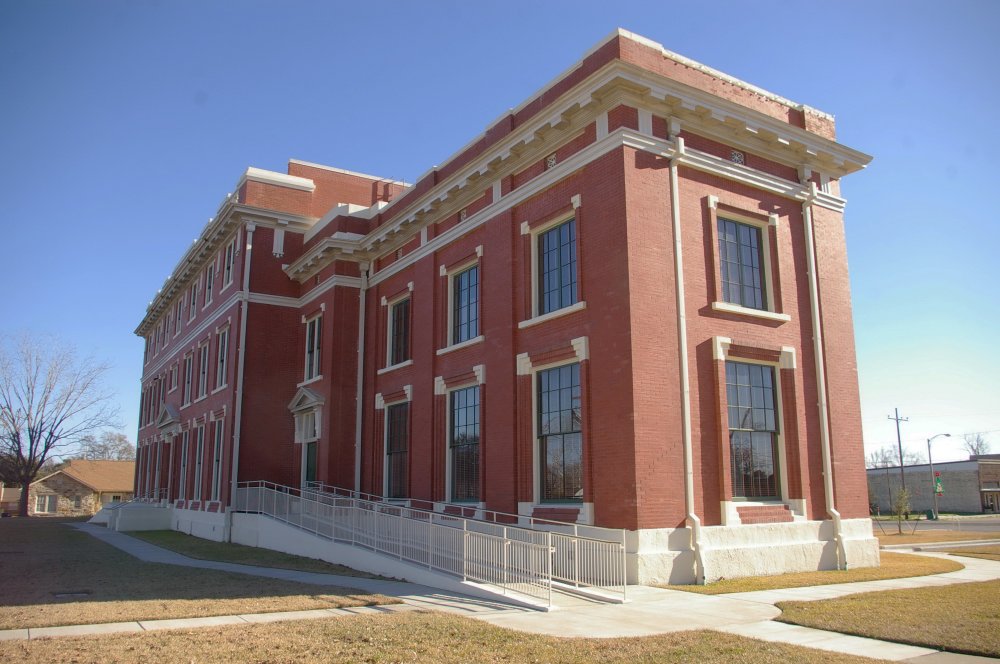 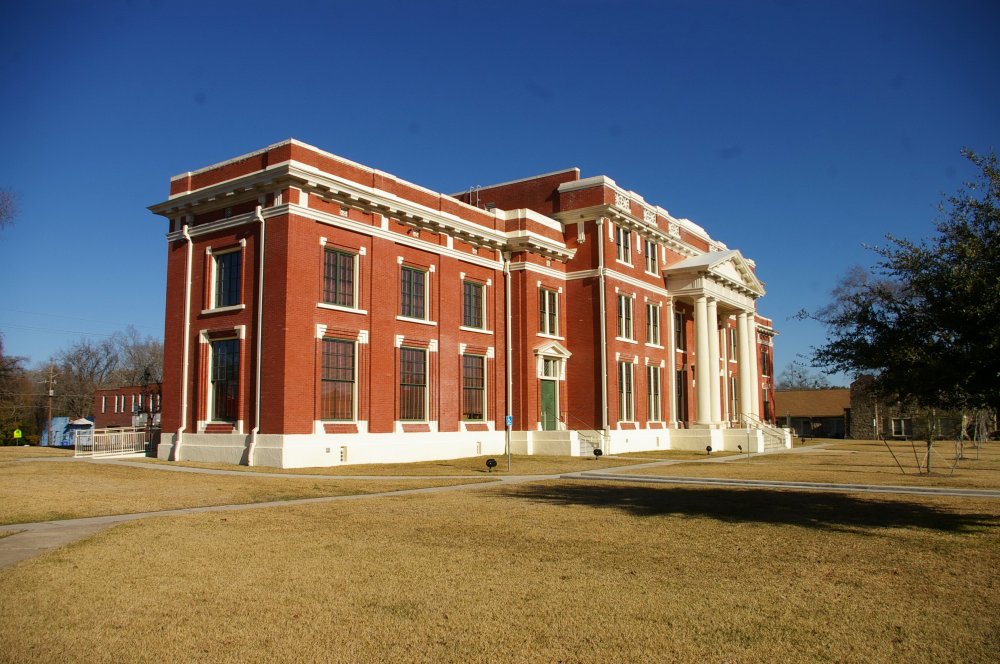 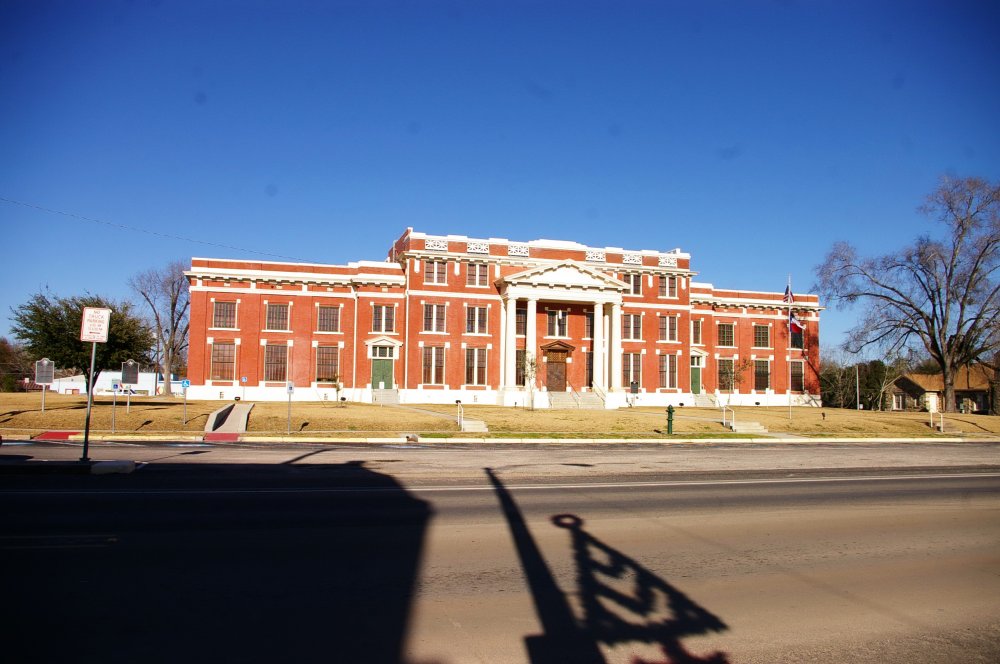 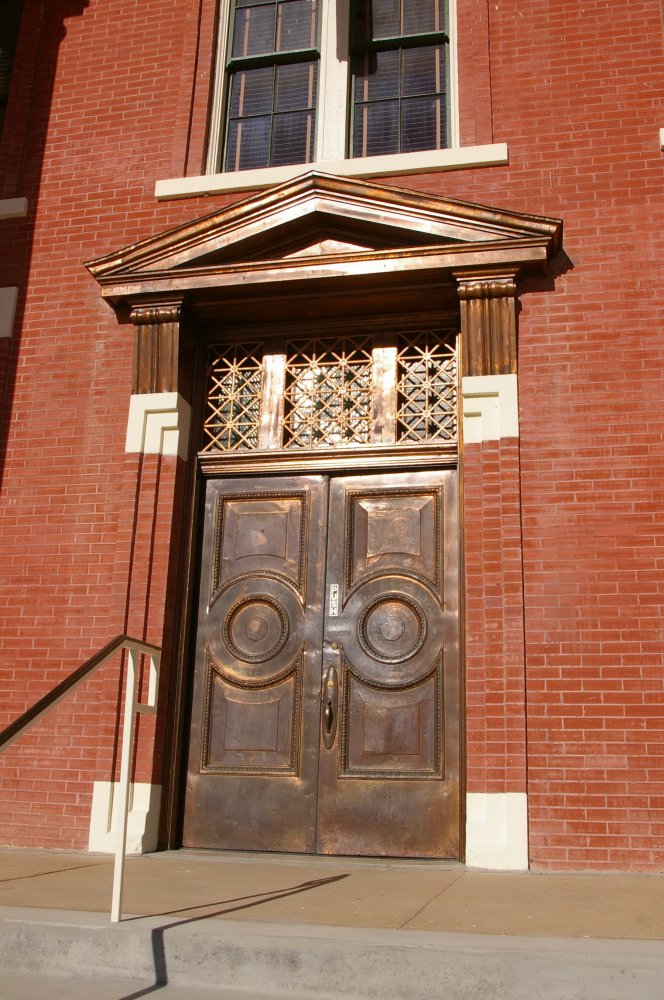 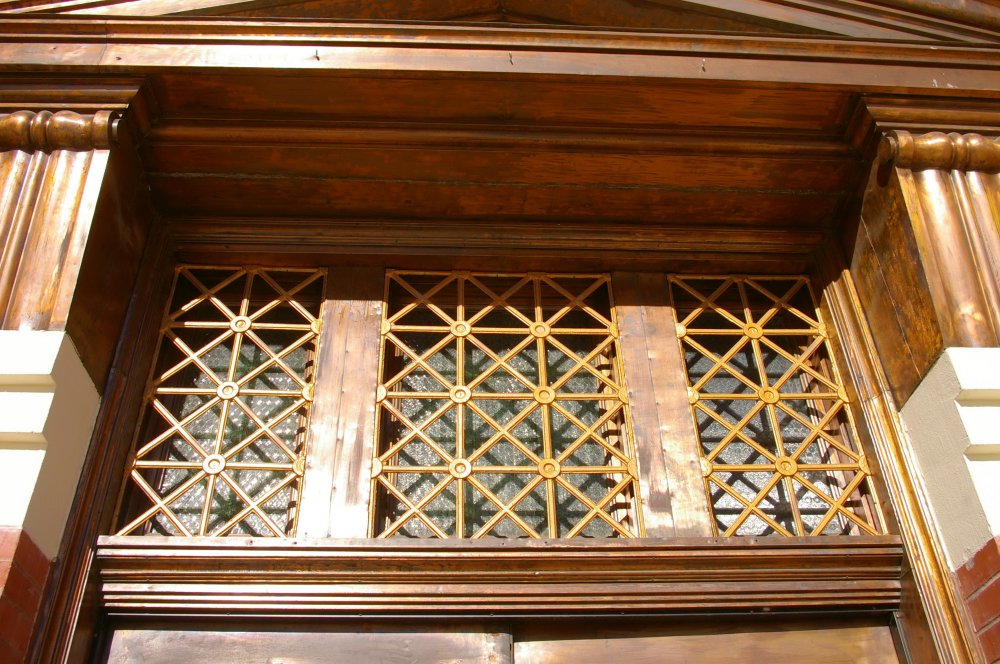 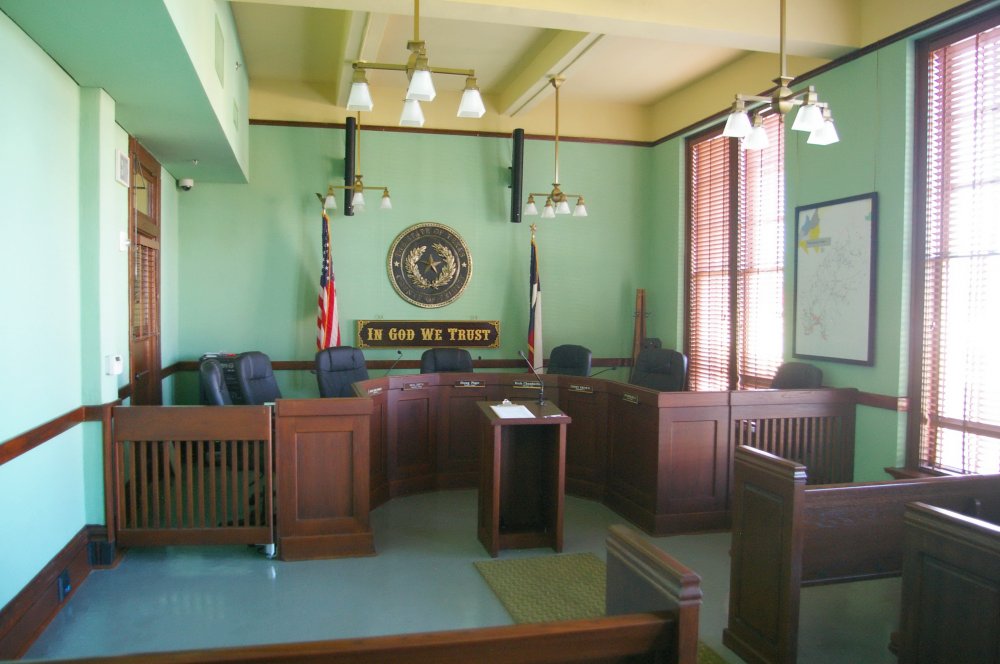 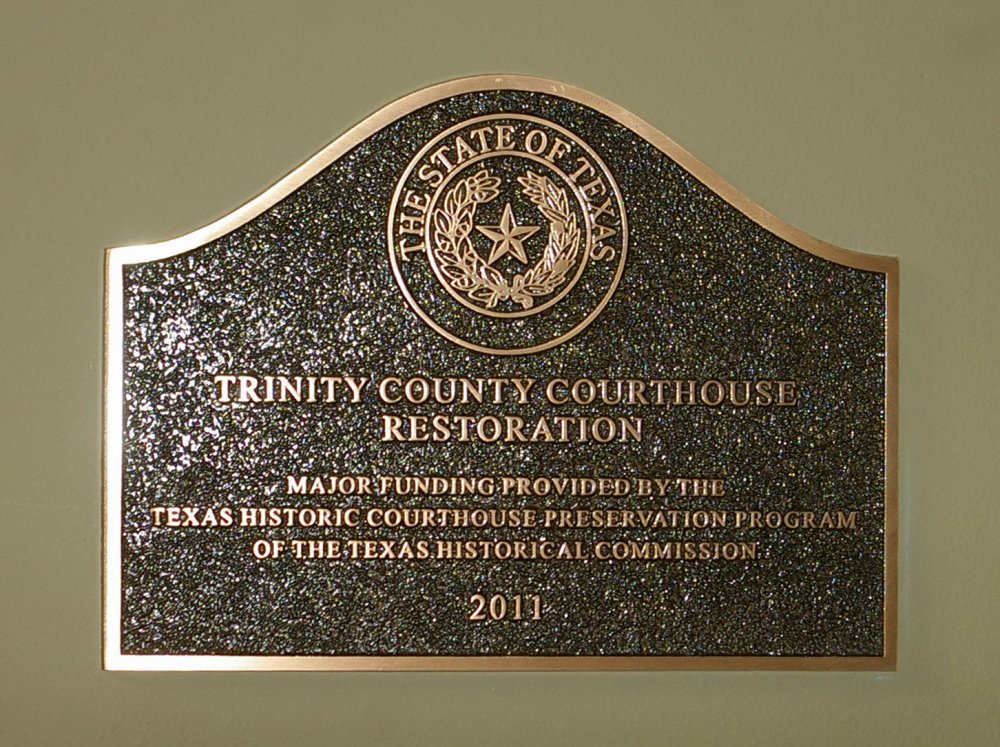 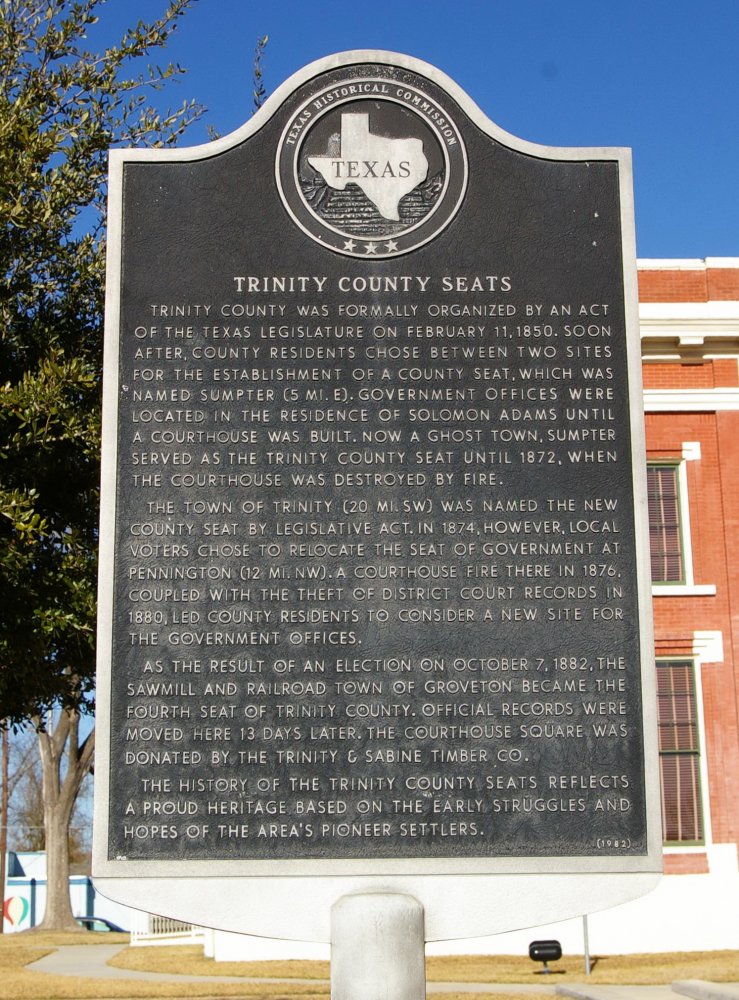