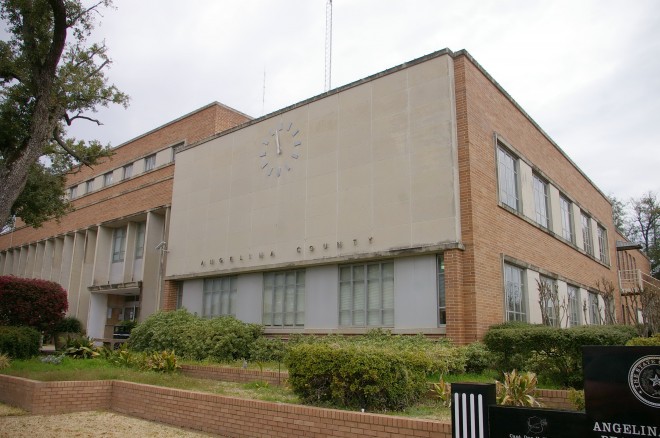 Angelina County is named for Angelina, who was a Hainai Native America girl who became an enthusiastic convert of the Franciscan missionaries and was named “Angelina” by the missionaries.

Description:  The building faces south and is a three story buff colored brick and concrete structure. The building is located on landscaped grounds in the center of Lufkin. The south front has a lower east section with the upper part being white colored concrete with a large clock. The west part has vertical concrete dividers rising to the top of the second story. The entrance is in the center of the south side. The third story has small windows with white colored panels between. The roof line is flat. The building houses the State District Court, Constitutional County Court and County Court at Law. 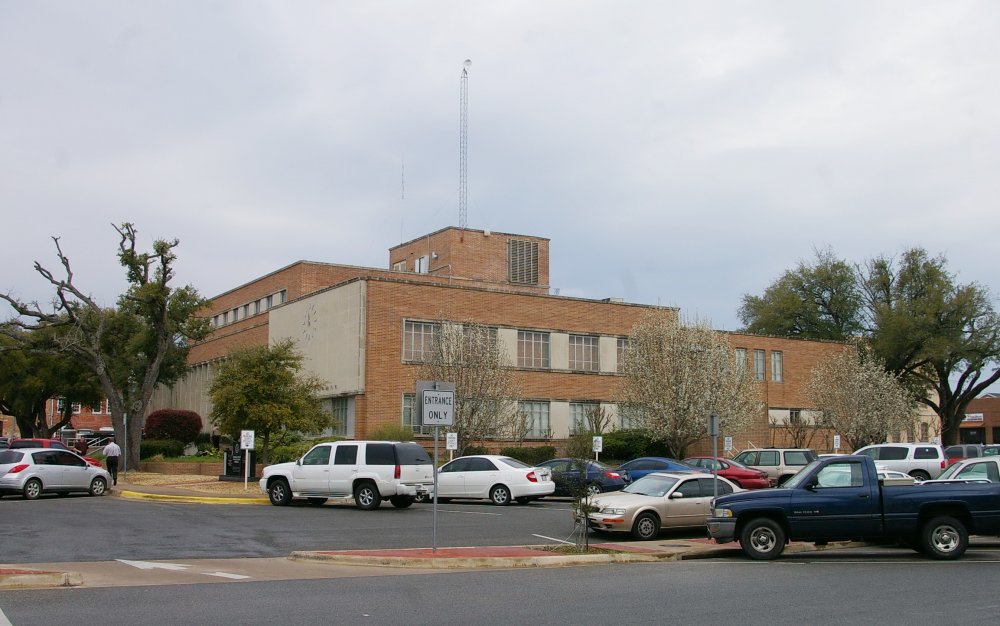