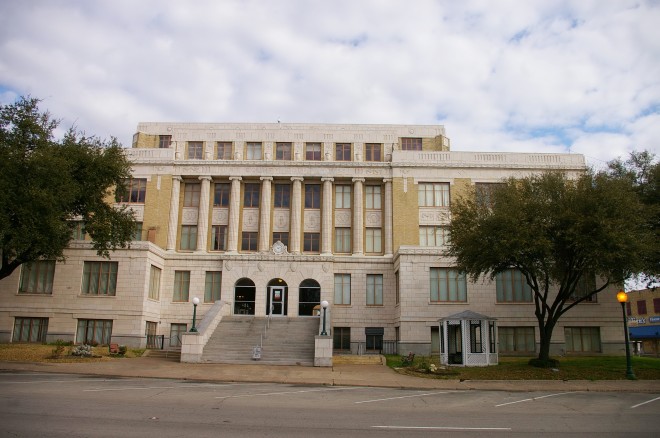 Hunt County is named for Memucan Hunt Jr,. who was a secretary of the navy under the Republic of Texas.

Description:  The building faces north and is a four story ivory terra cotta, buff colored brick, stone and concrete structure. The building is located on landscaped grounds in the center of the city. The north front has three arches at the second story entrance. Above are eight columns rising from the second story to the top of the third story. The fourth story is a smaller recessed section. The east and west wings extend towards the street and are two story faced with white stone. The roof line is flat. The large courtroom is located on the north side of the fourth story and the smaller courtroom is located on the south side of the third story. 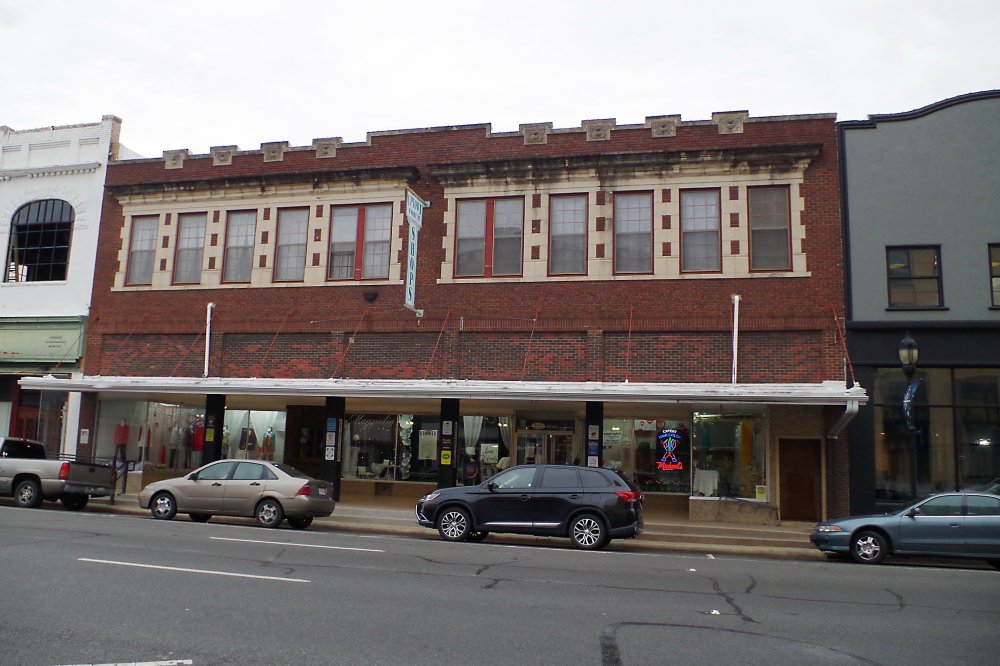 Description:  The building faces south and is a two story dark red colored brick and concrete structure. The building is located in the center of the city. The south front has an extended canopy with commercial stores. The second story has vertical windows. The roof line is flat. The building was purchased from the Methodist Espiscopal Church in 1881 after the third courthouse was declared unsafe. The building served as the fourth courthouse until 1883 when the fifth courthouse was completed. 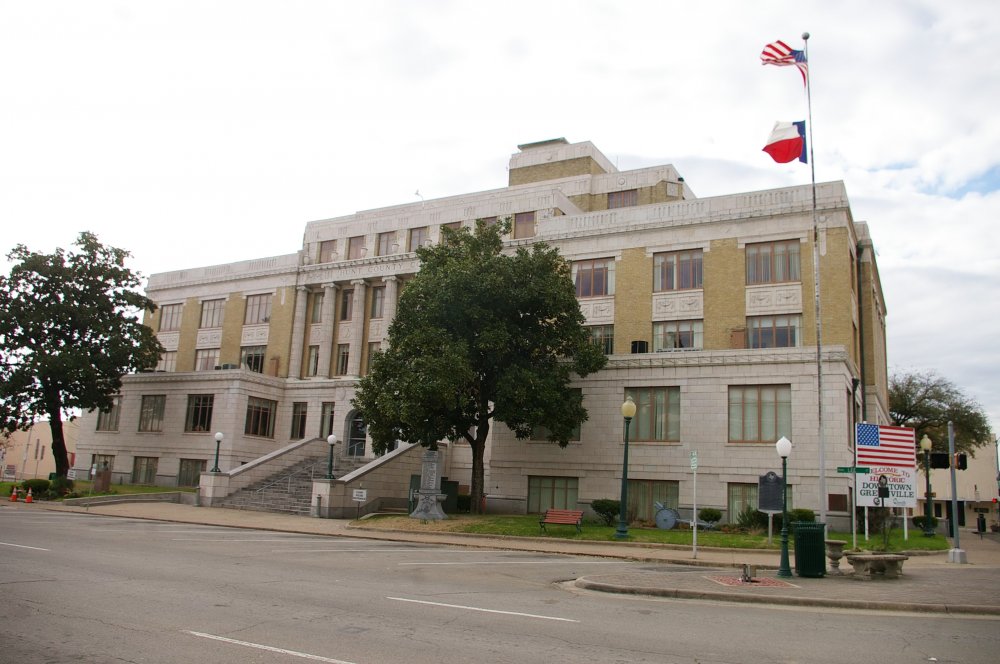 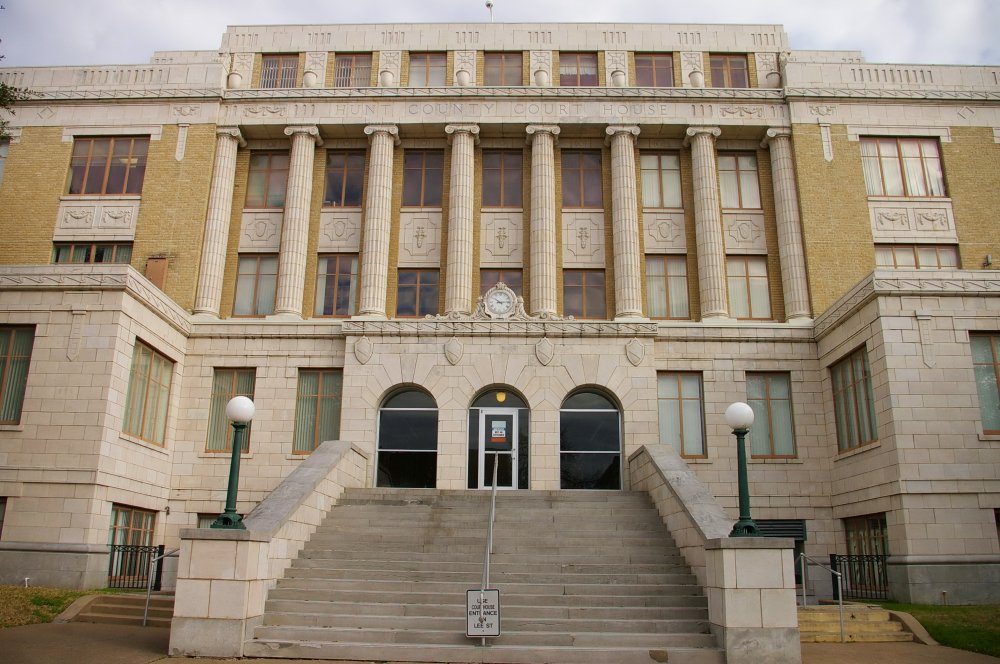 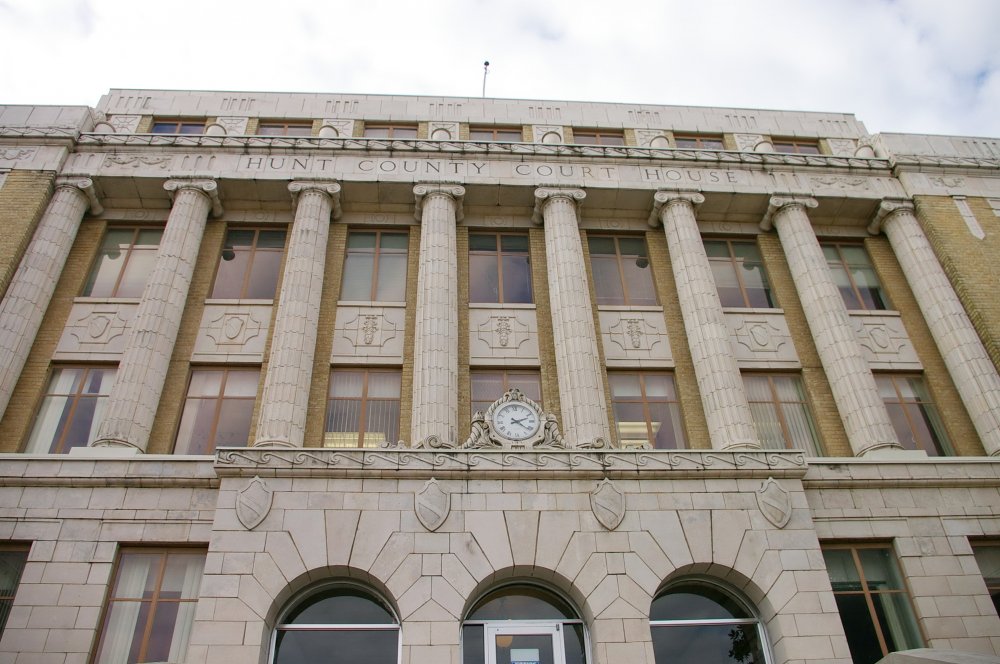 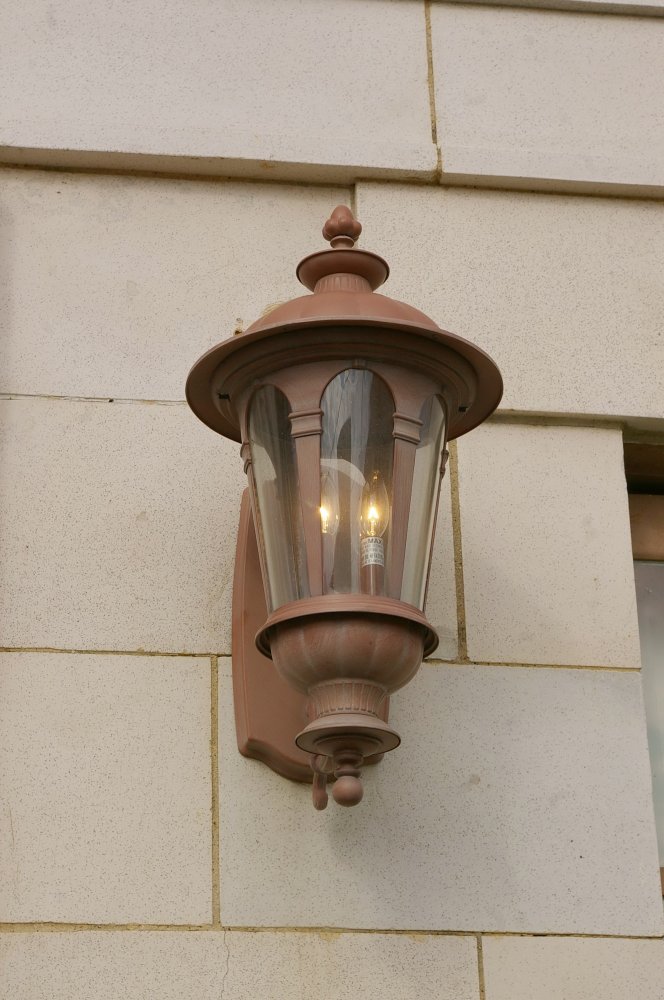 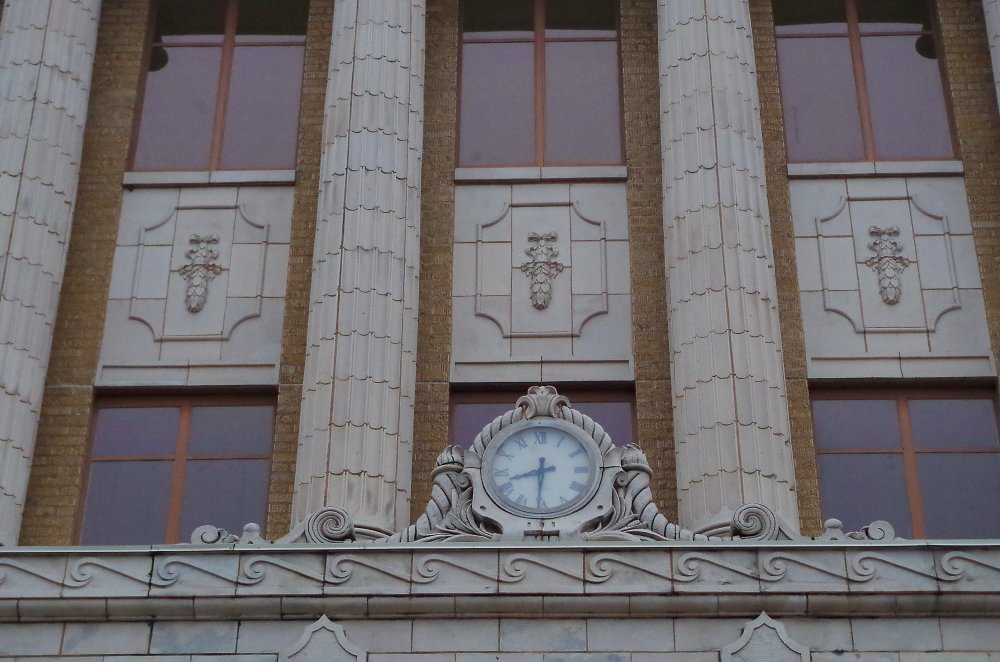 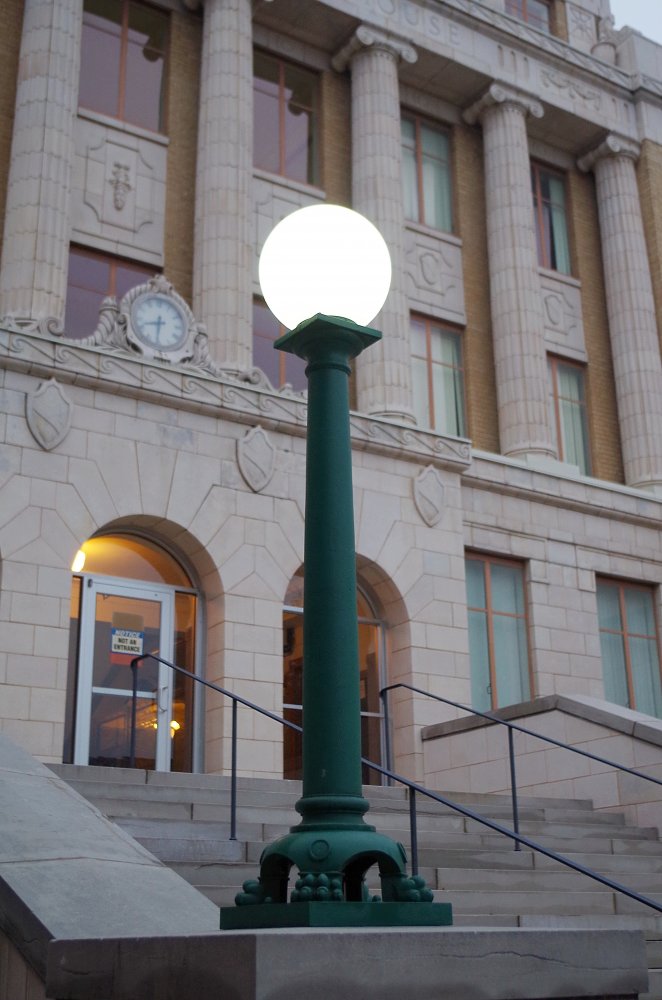 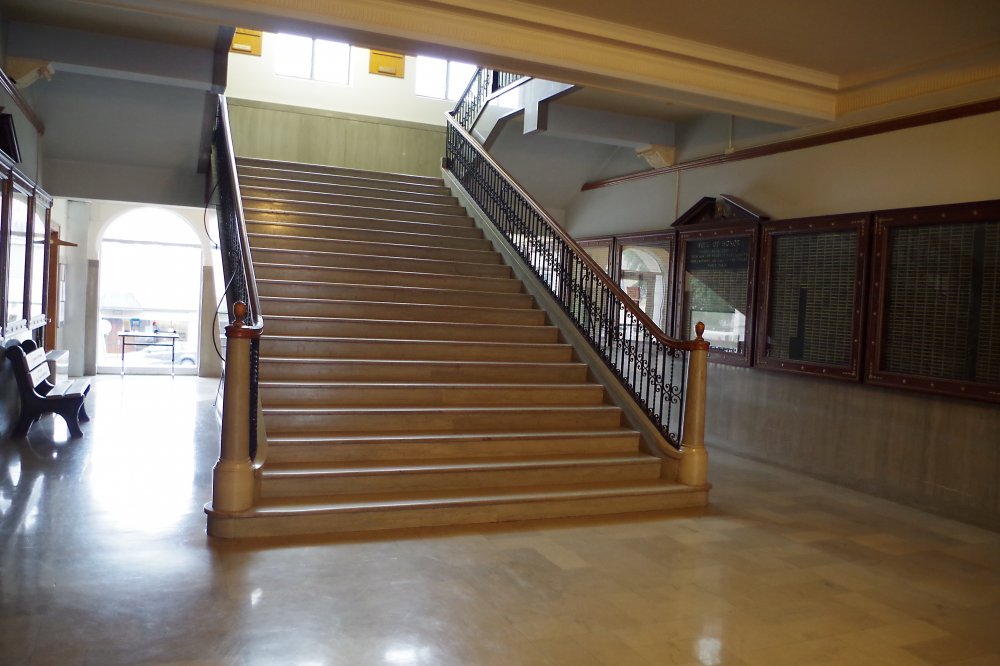 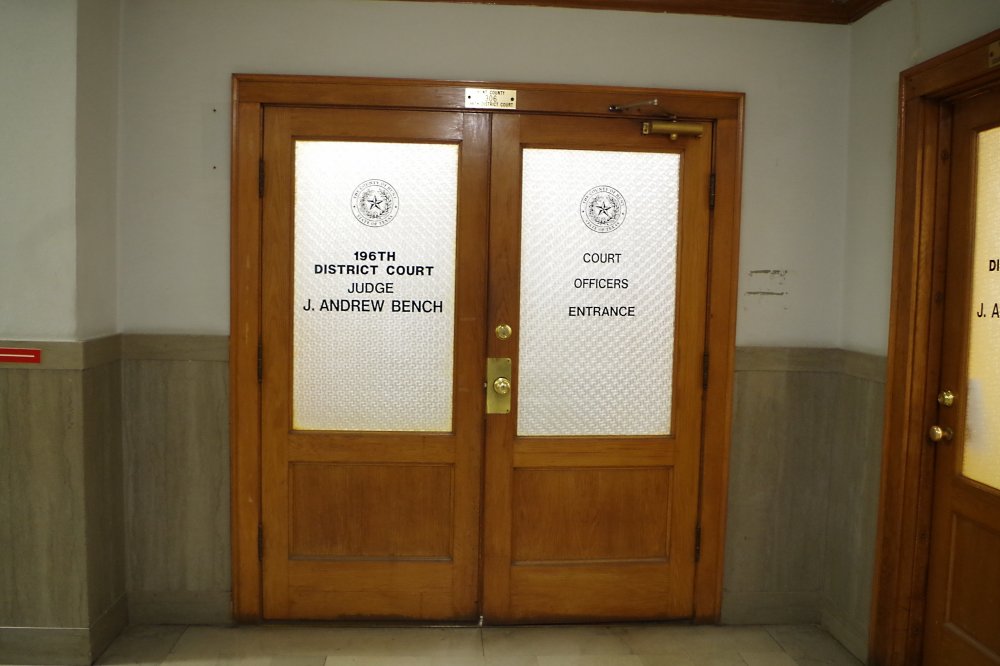 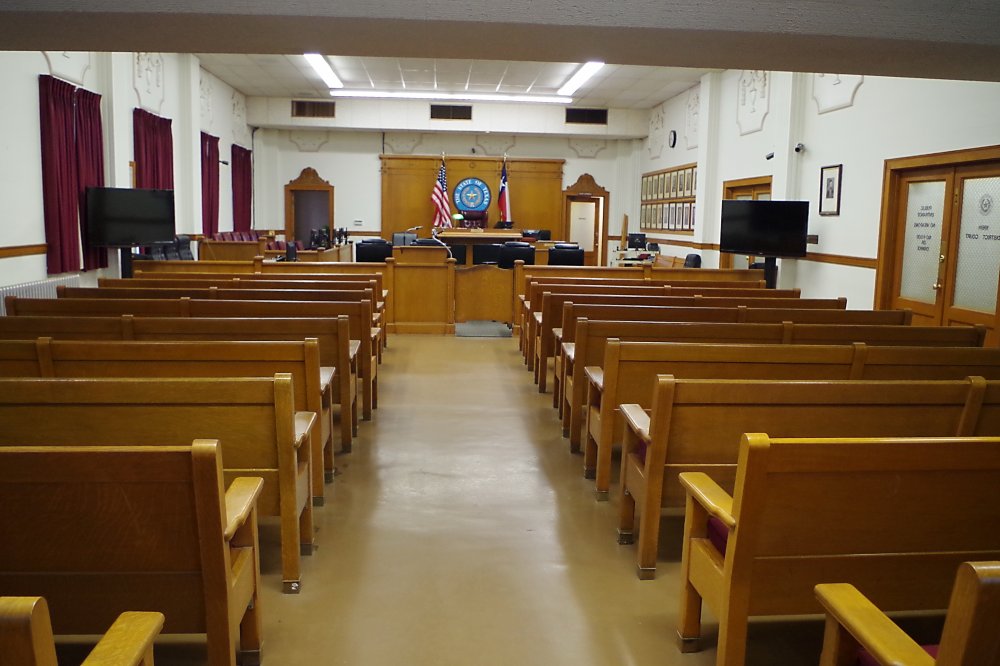 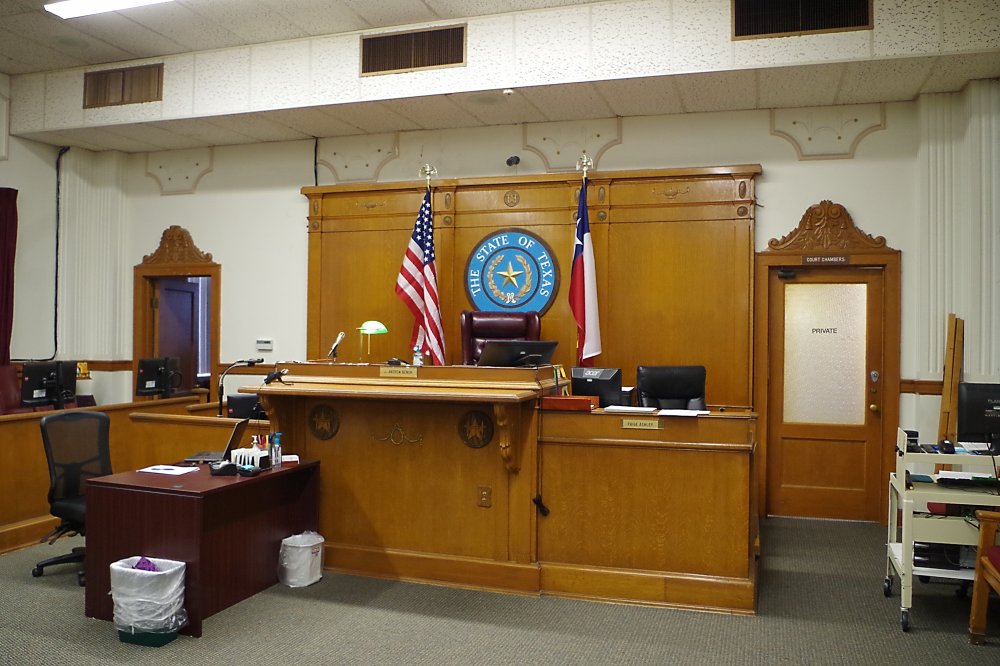 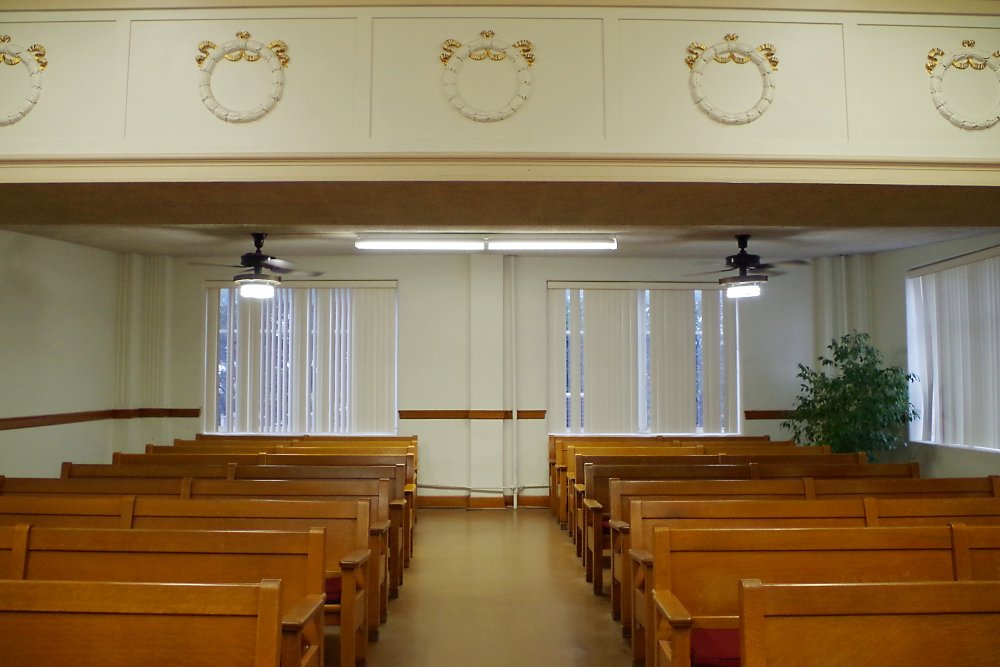 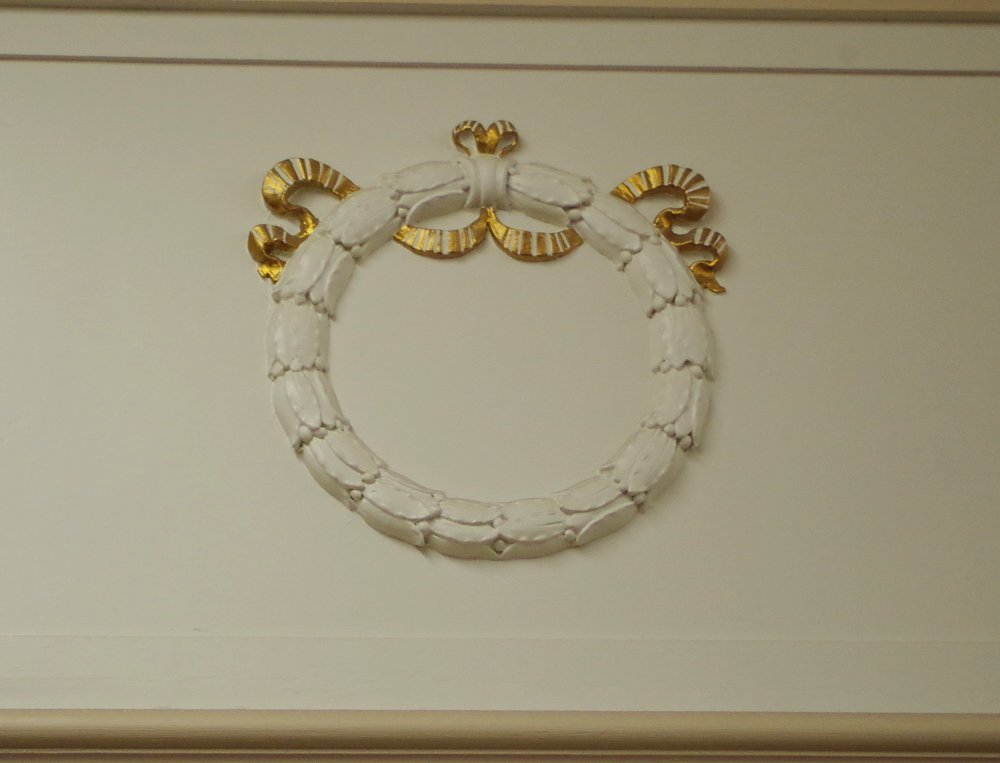