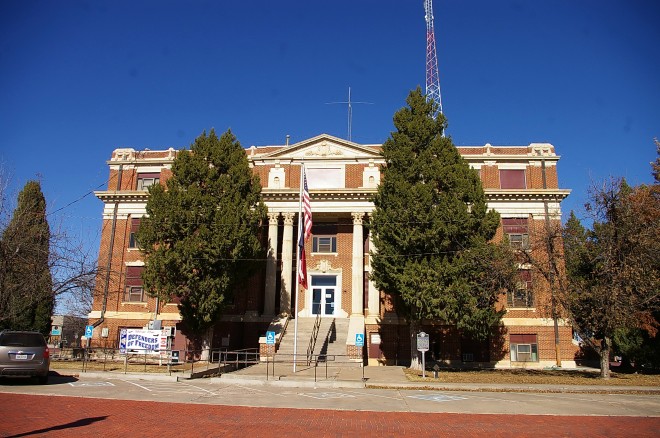 Hall County is named for Warren DeWitt Clinton Hall, who was a secretary of war for the Republic of Texas in 1836.

Description:  The building faces south and is a three story red colored brick and concrete structure. The building is located on the landscaped grounds of the Courthouse Square in the center of Memphis. The south front has a recessed central porch with four Corinthian columns rising to a header at the top of the second story. The recessed entrance on the first story is framed with stone. A projecting cornice runs between the second and third stories. At the roof line is a pediment with frieze. The roof line is flat. In the interior, the courtroom is located on the second story. The building houses the State District Court, Constitutional County Court and County Justice Court. The architect was C H Page and Brother and the contractor was Walker Construction Company.

Note:  During construction, the county met in the Hall County National Bank on the northwest side of the Courthouse Square. 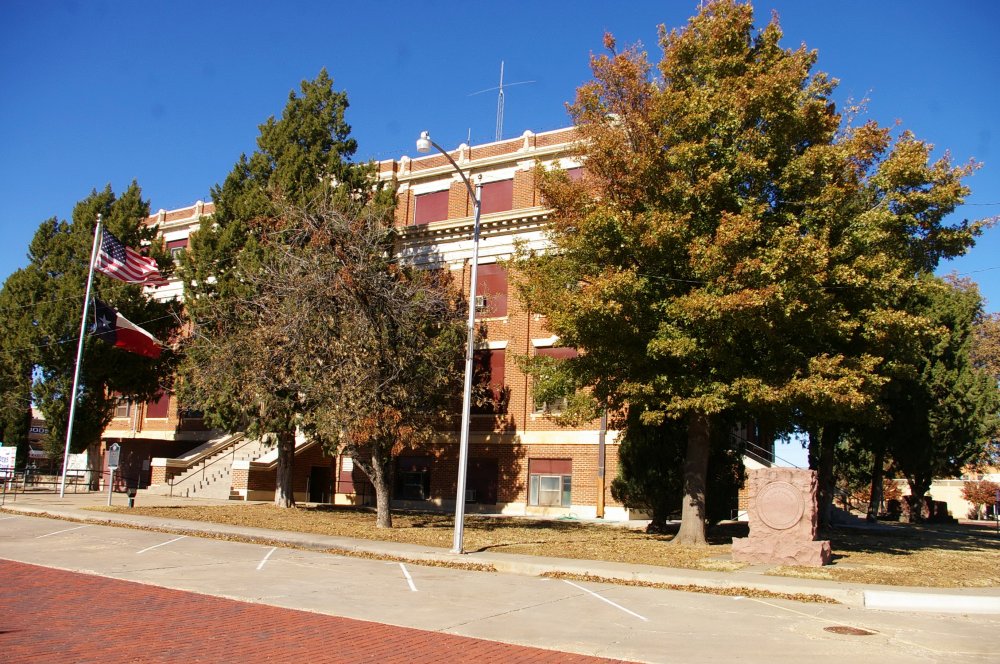 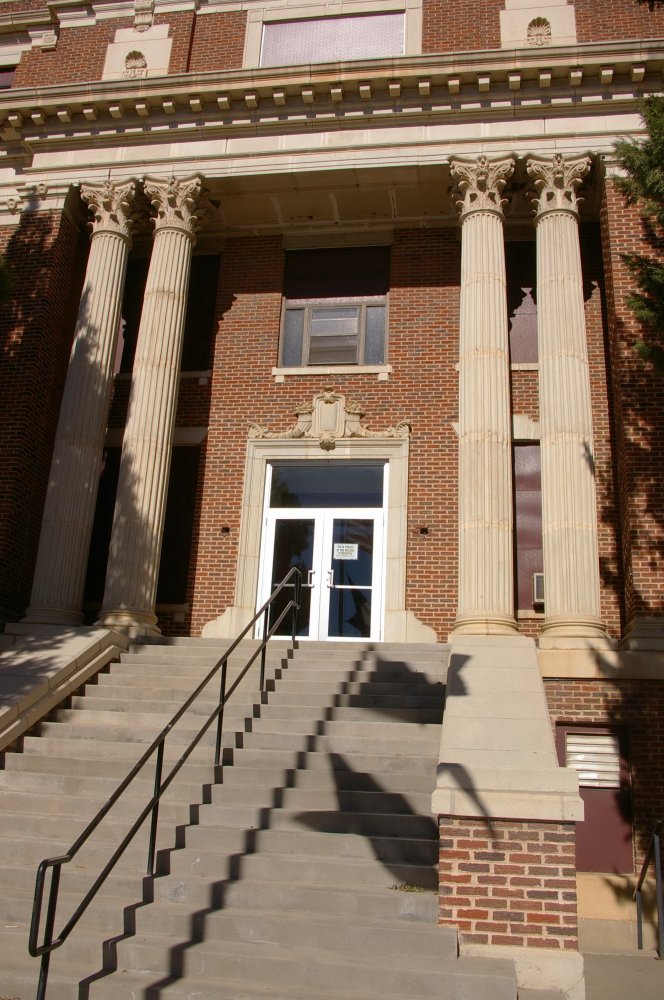 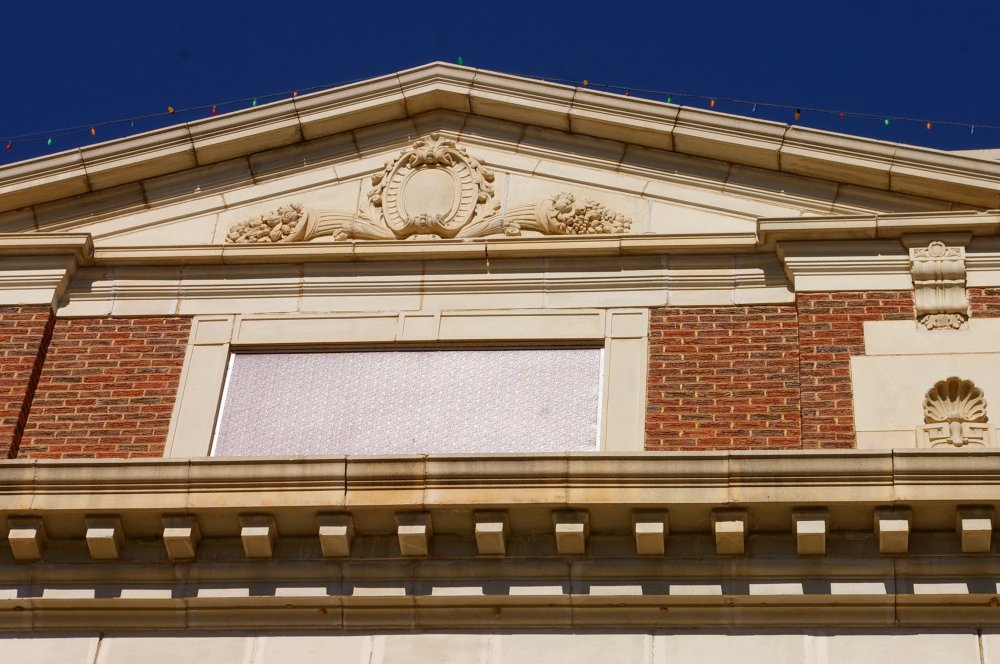 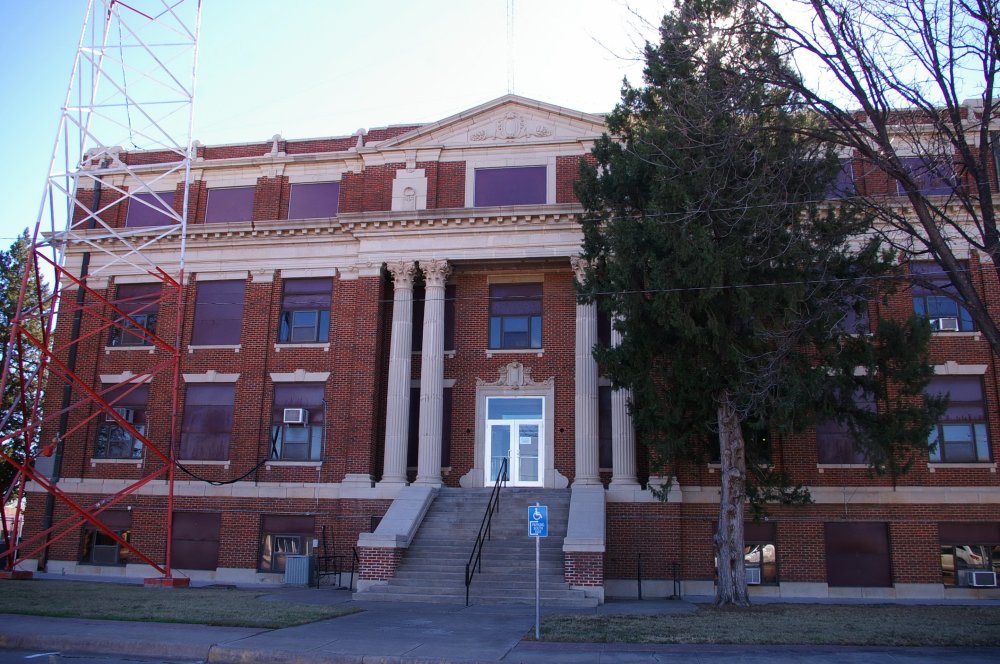 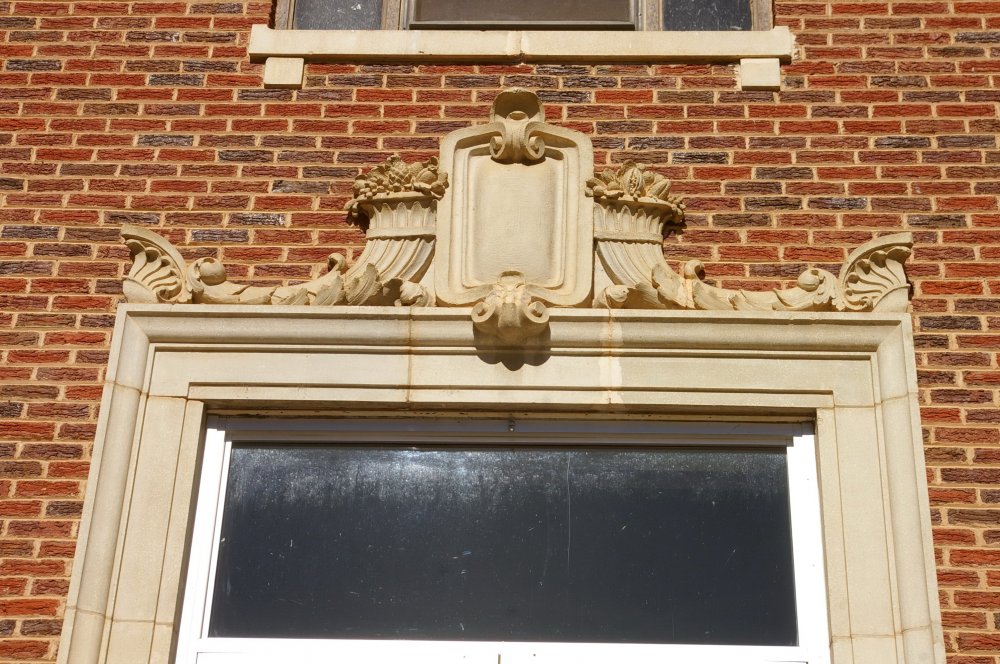 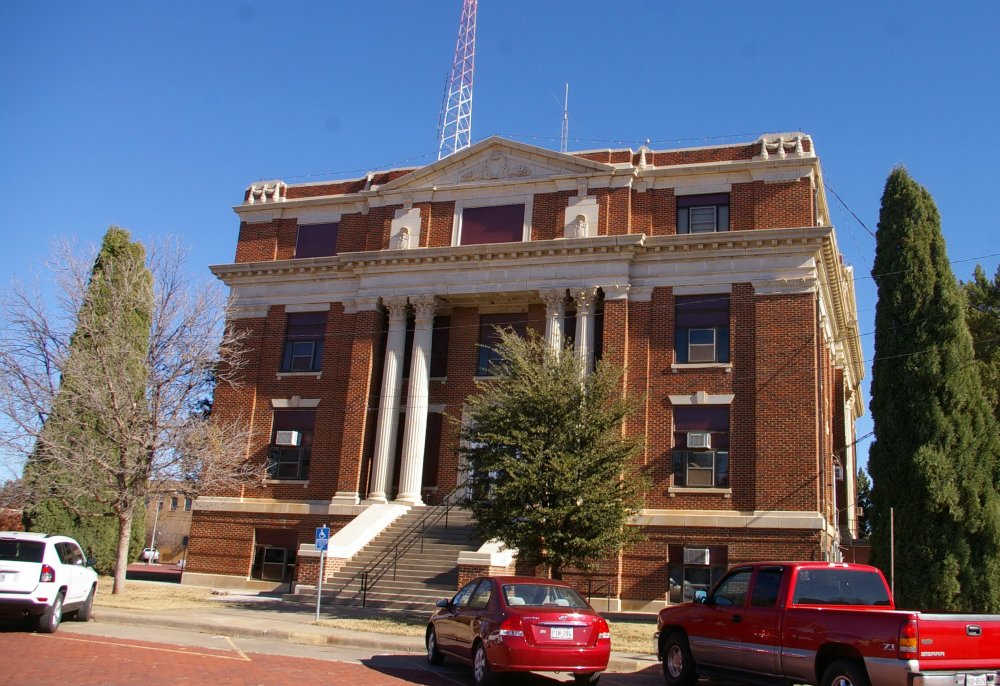 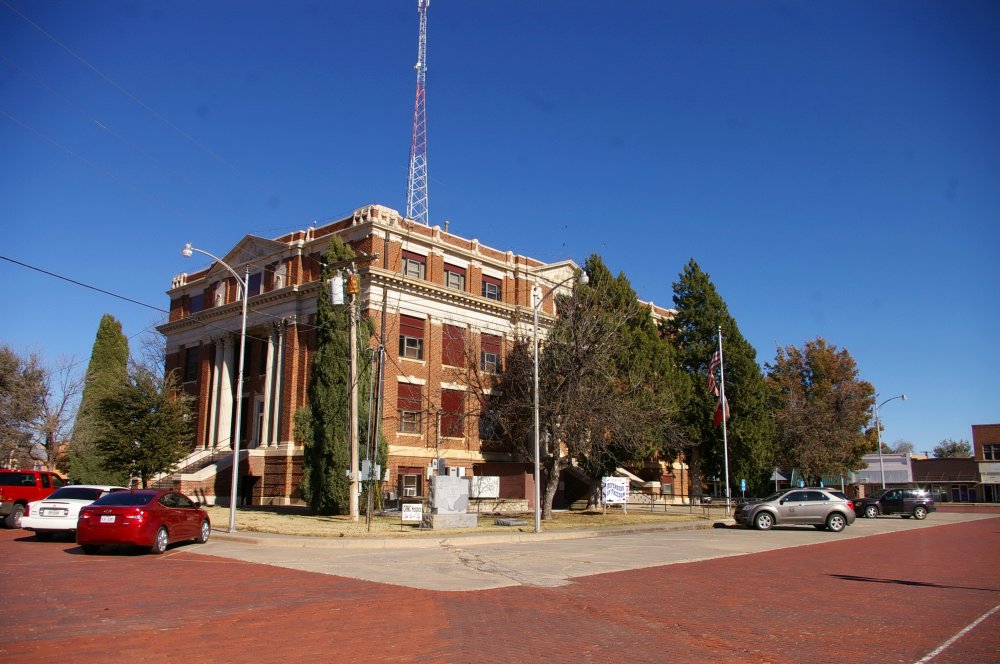 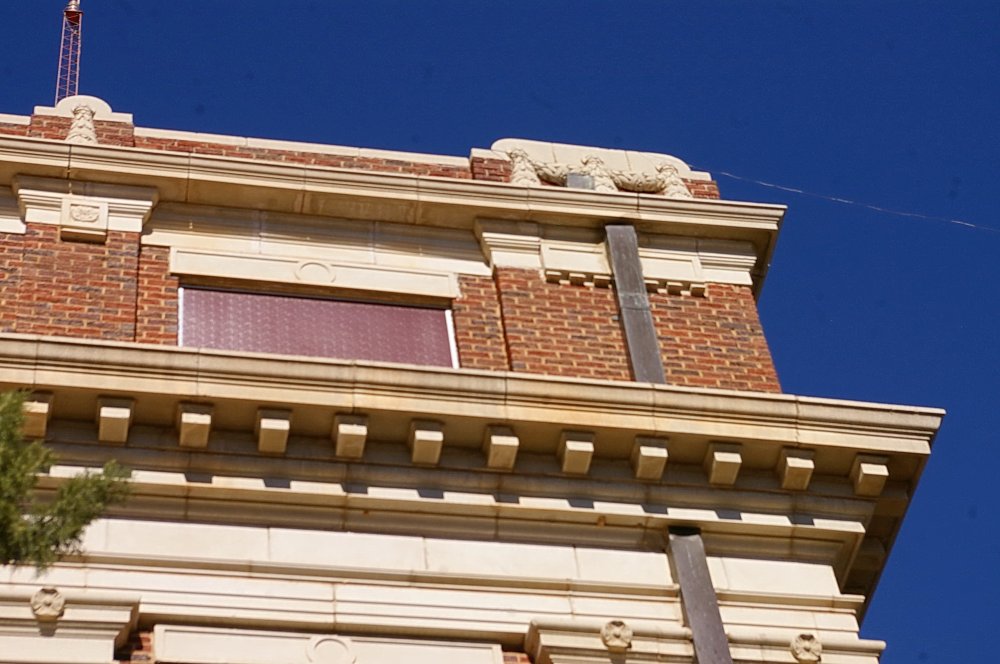 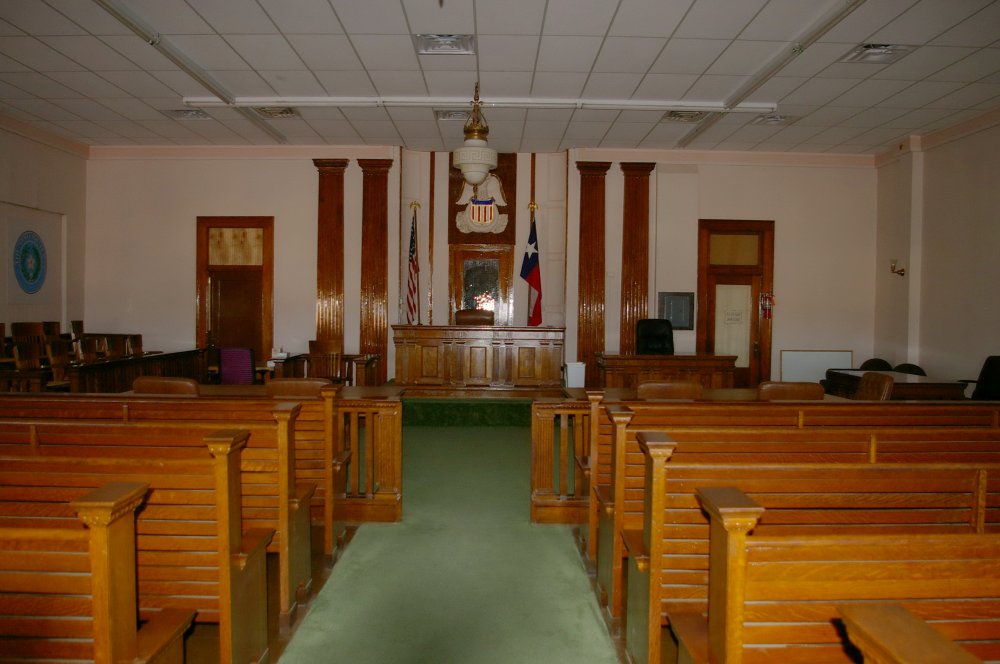 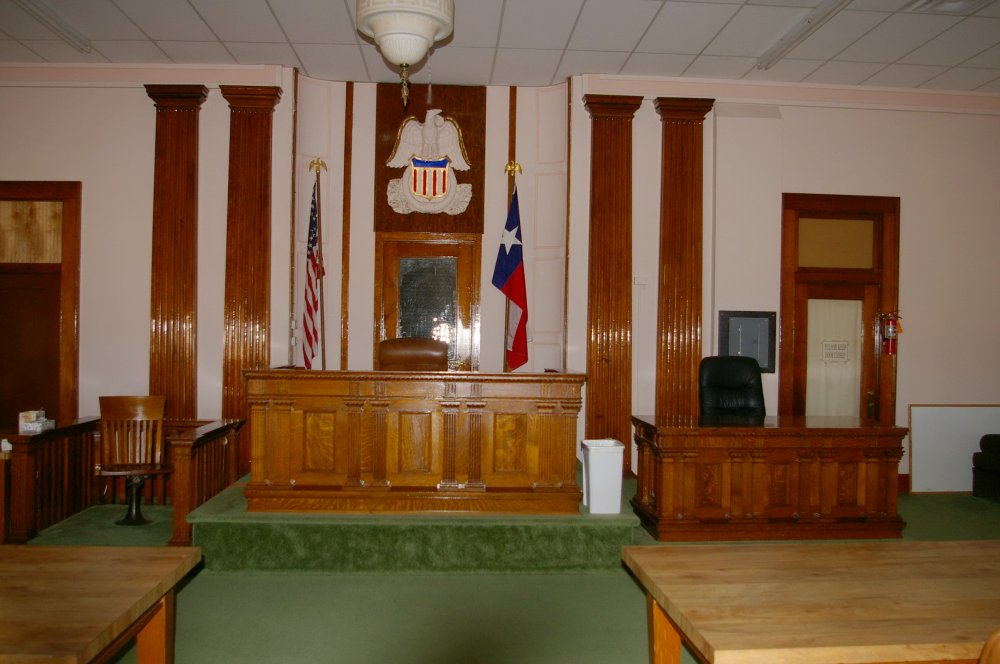 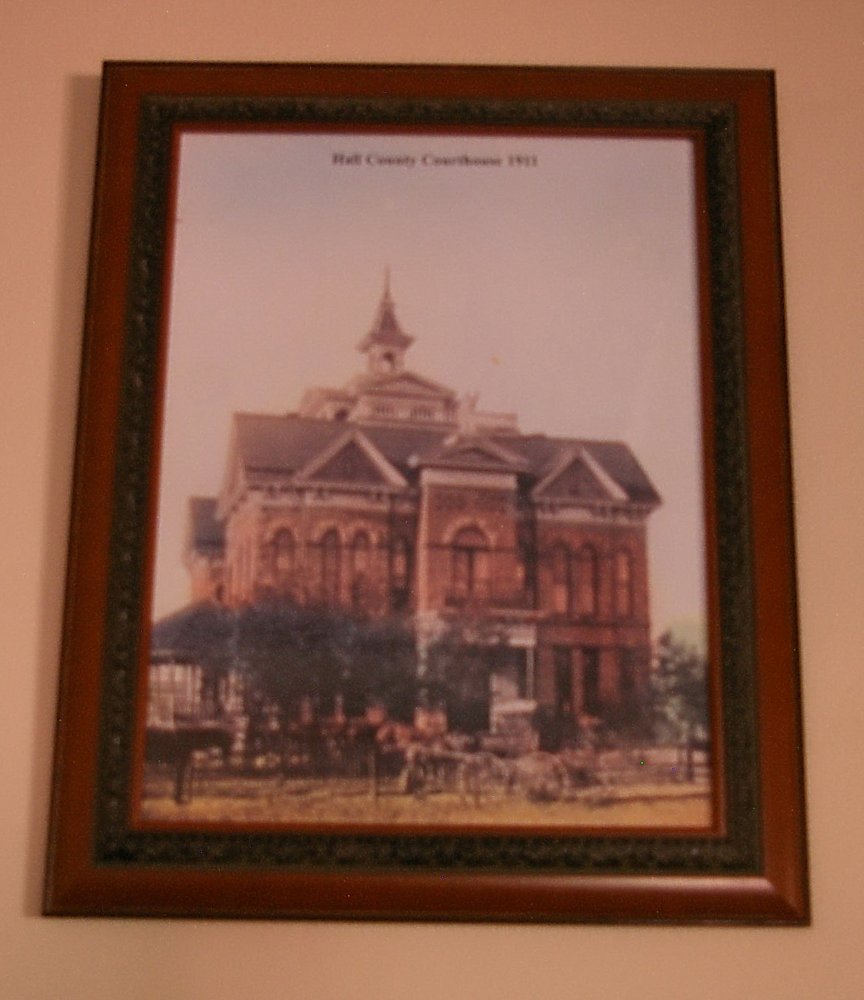