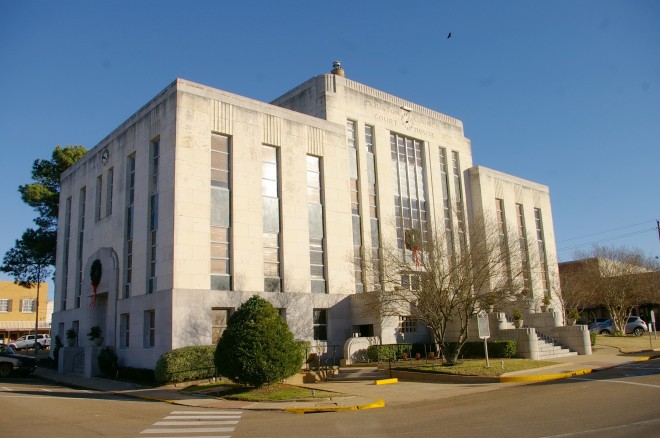 Houston County is named for Sam Houston, who was the second and fourth president of the Republic of Texas and the seventh governor of Texas.

Description:  The building faces west and is a five story brick, stone and concrete structure. The rectangular shaped building is located on the landscaped grounds of Courthouse Square in the center of Crockett. The building has a raised basement and has Egyptian-inspired details. The entrance is shaped like an ancient pylon and the building features a decorative frieze at the top all around. The west front has a center section with large window rising three stories and the section rises higher than the wings and has a clock. The north and south wing sections project from the main building. The roof line is flat. In the interior is Art Deco ornamentation. The courtroom is located on the second story.The building houses the State District Court, Constitutional County Court and County Court at Law. The building was a Work Projects Administration project. 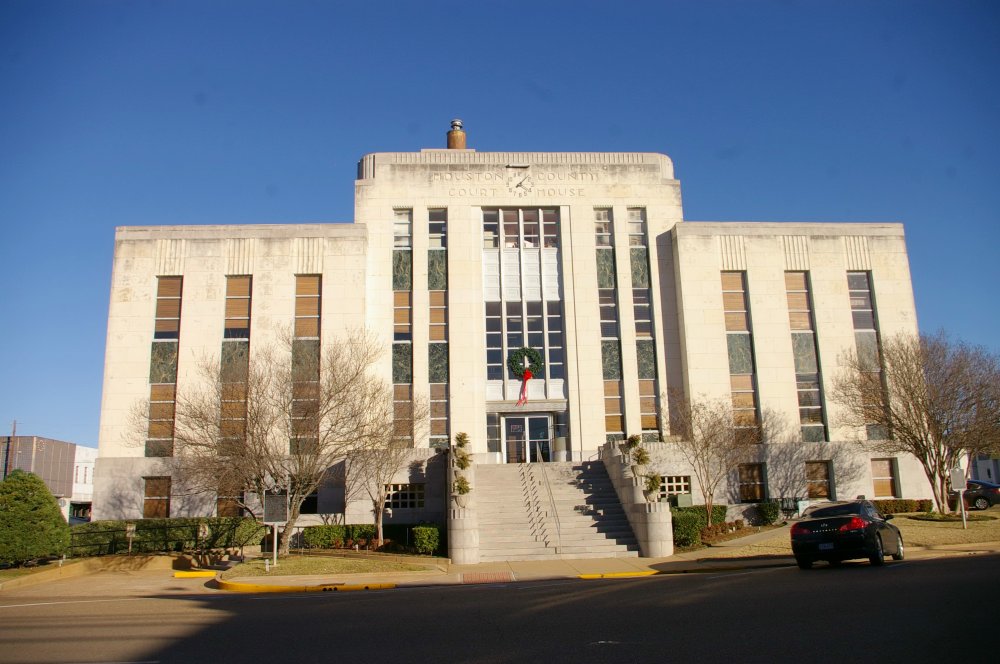 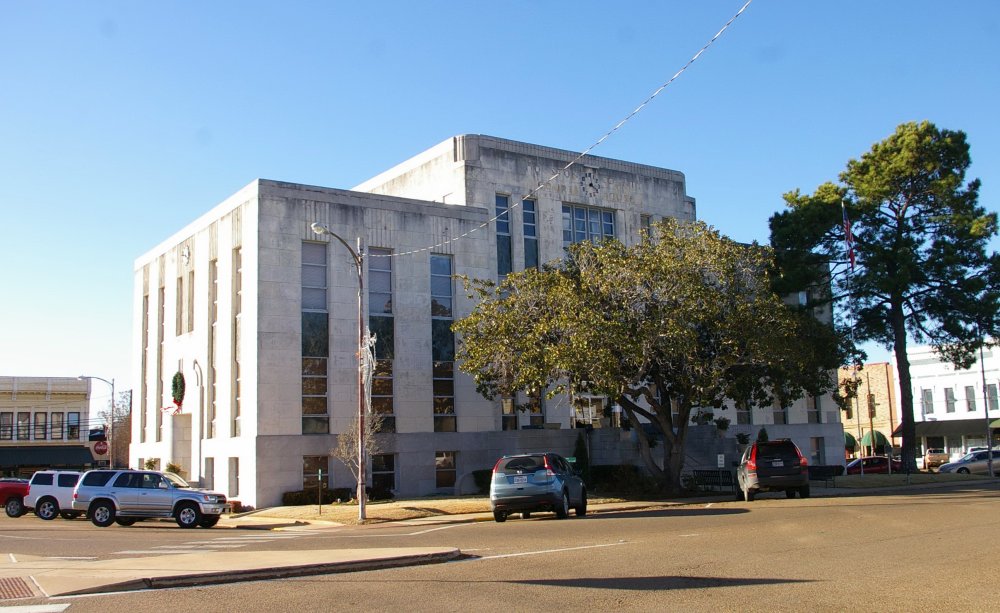 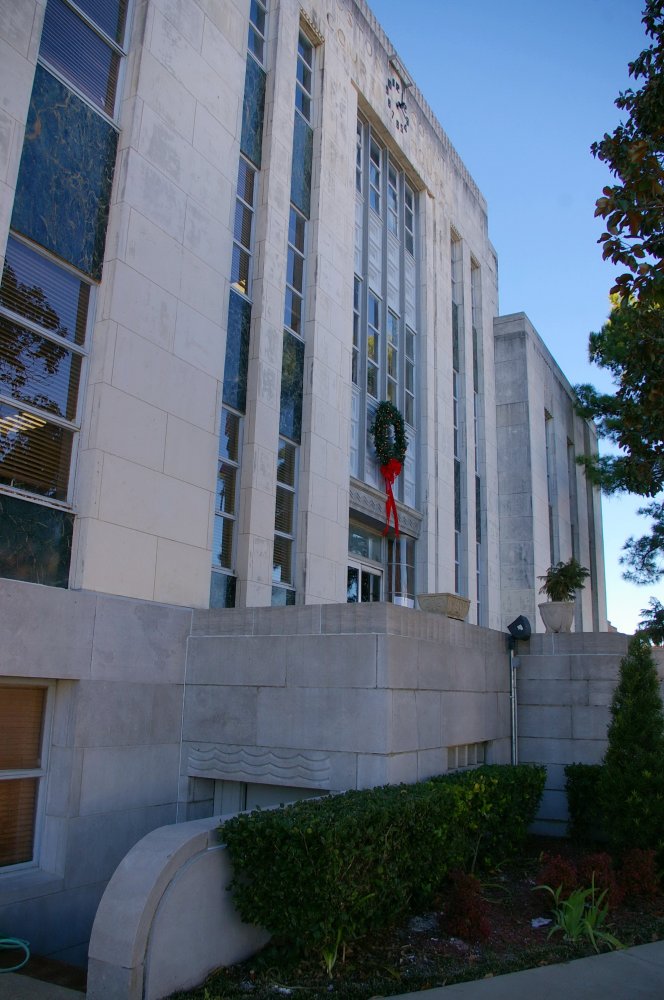 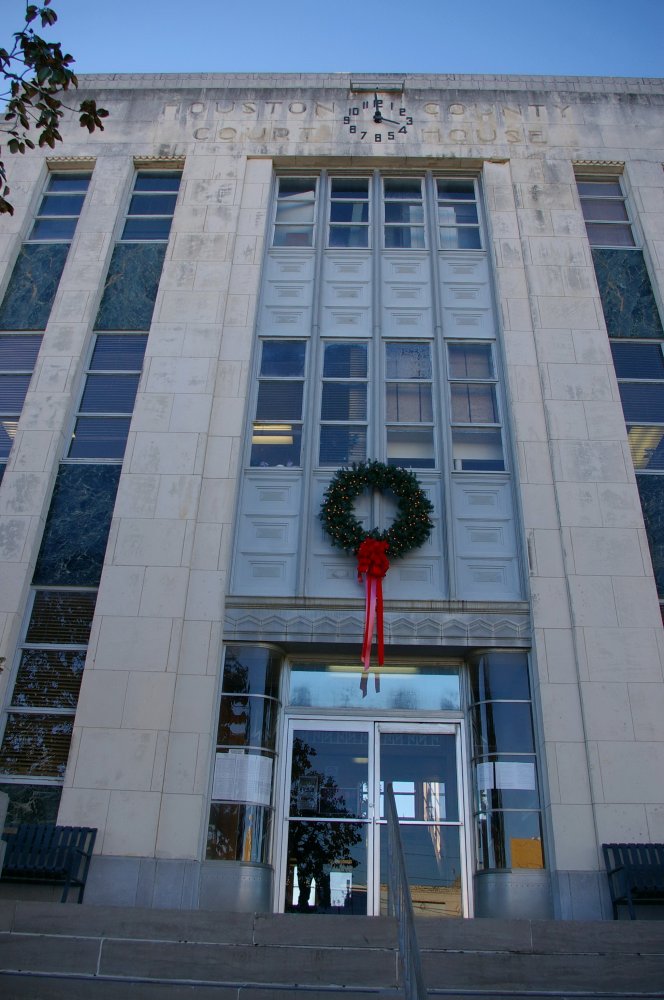 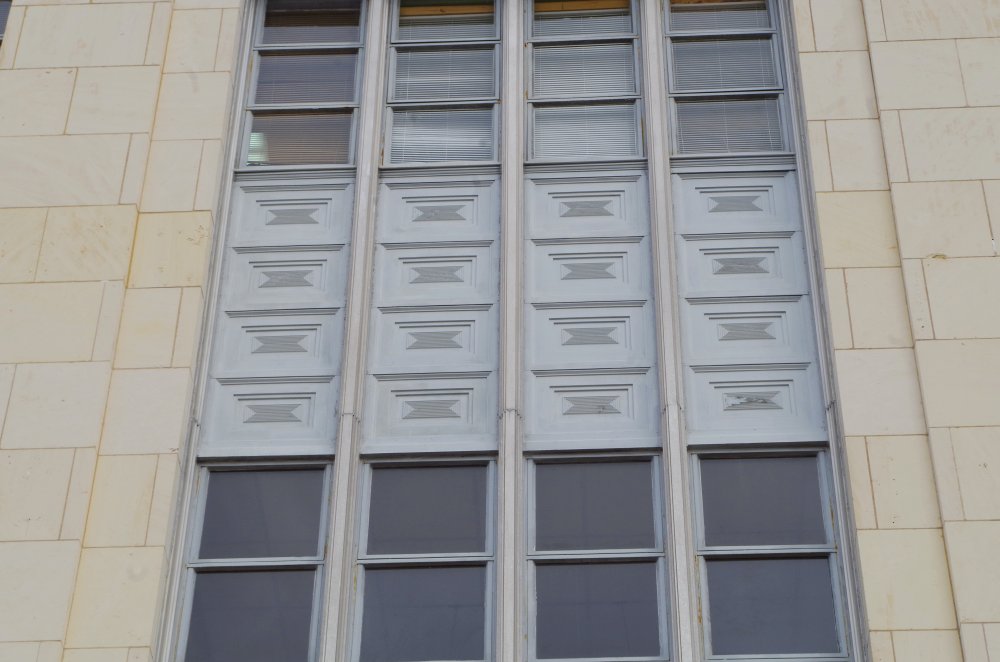 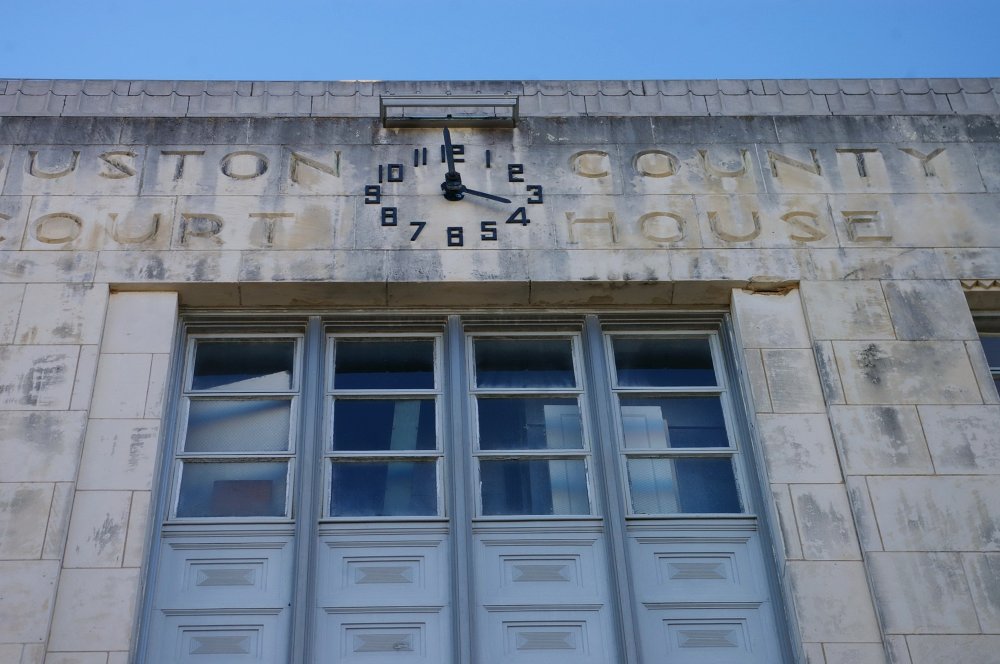 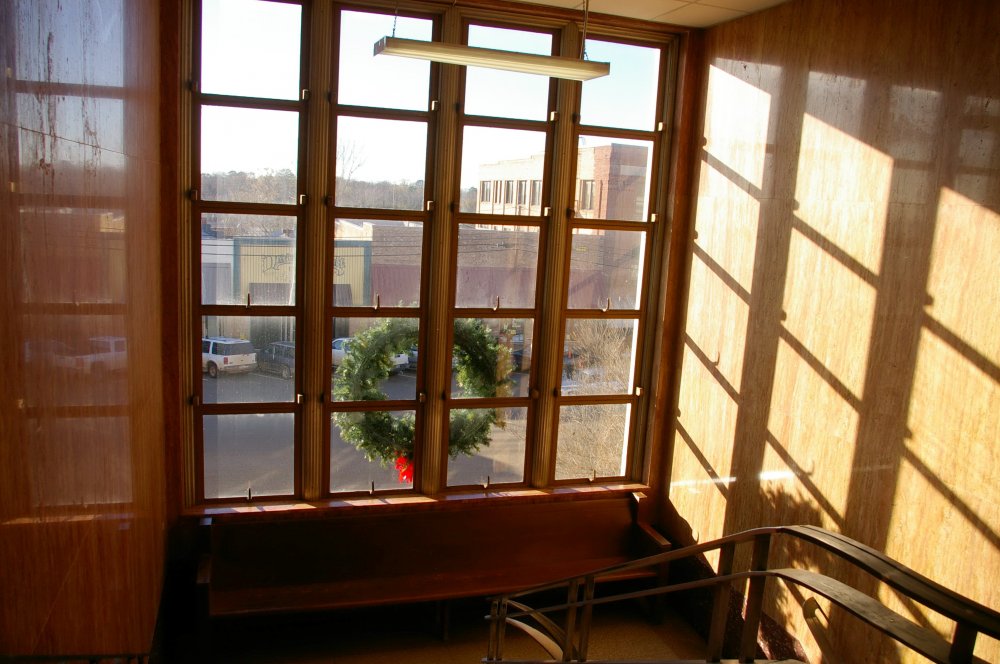 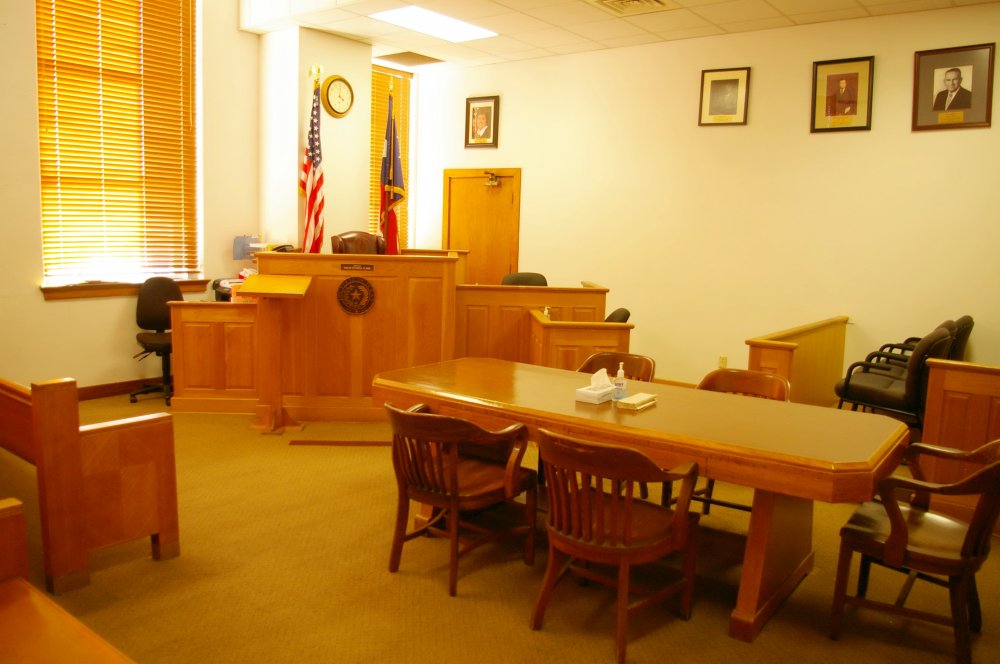 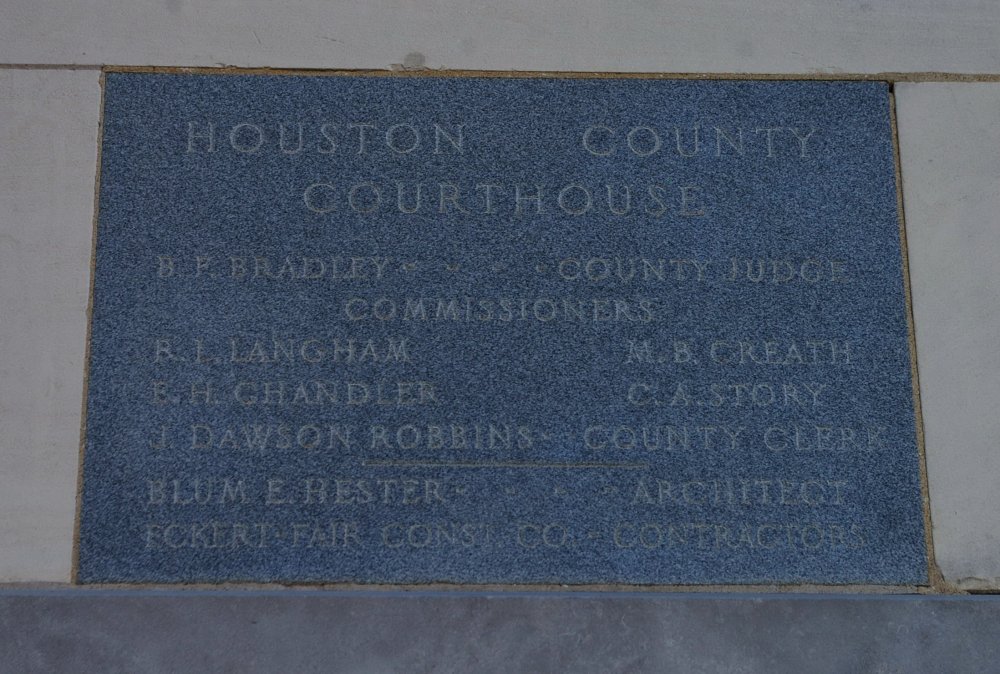