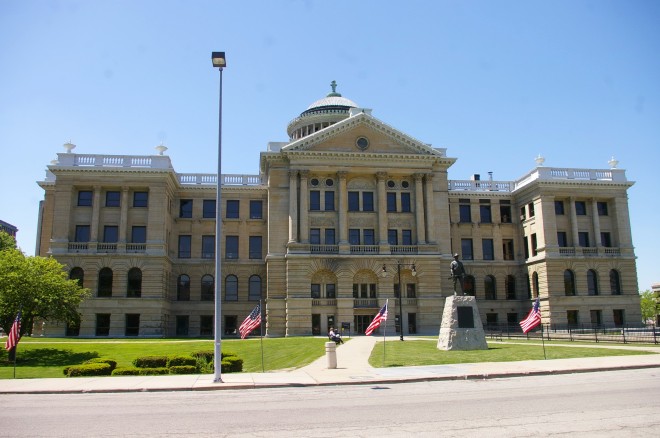 Lucas County is named for Robert Lucas, who was the Governor of Ohio when the county was created in 1835. 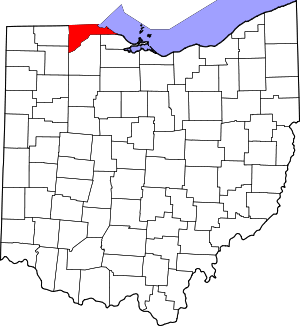 Description:  The building faces southwest. and is a four story buff colored sandstone structure. The building is located on spacious landscaped grounds. The southwest and northeast sides have projecting center sections with three high arches on the first and second stories. Four columns rise from the third story to the top of the fourth story with recessed double windows between. At the top is a pediment. The building has Roman arches, Corinthian columns and frog carvings on the interior and exterior. The east and west wings extend from the main building. Along the roof line is a balustrade. On the center of the roof is a large round dome with green colored roof.

Note:  The first courthouse was built in Maumee in 1840. 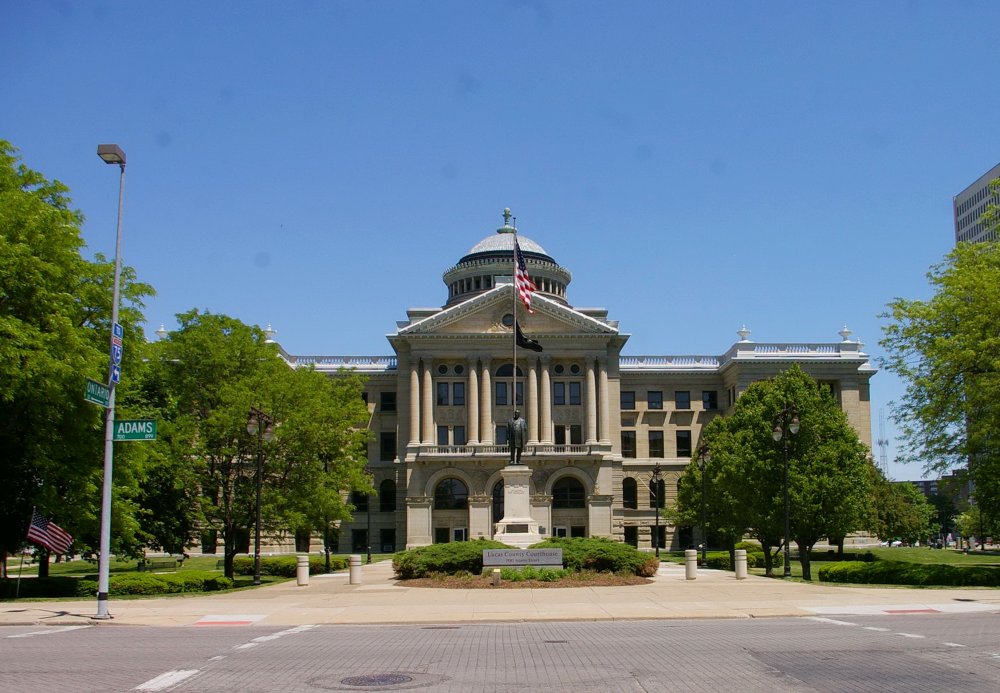 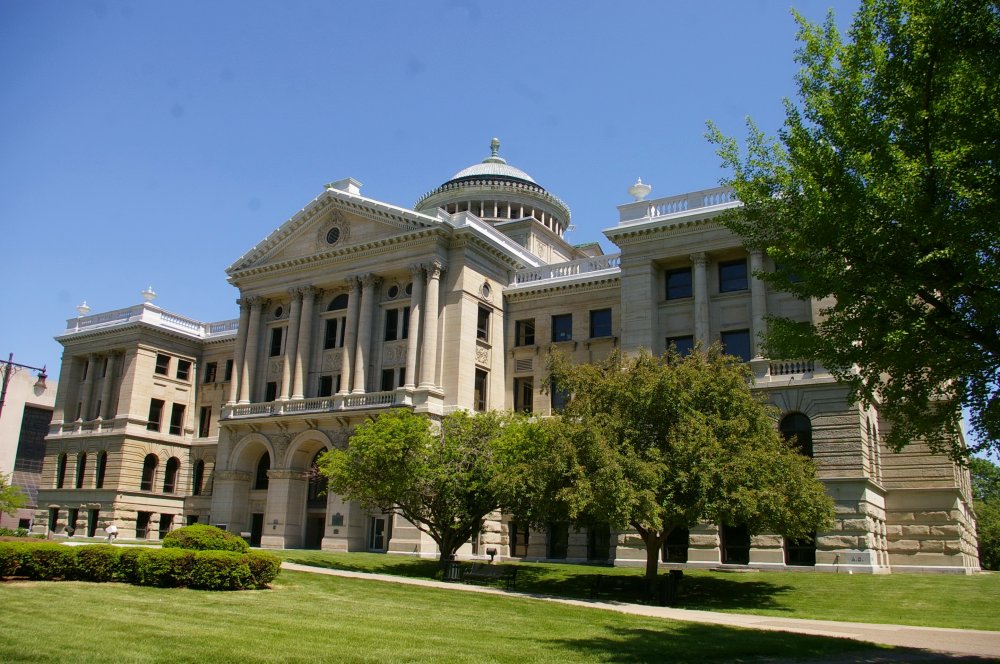 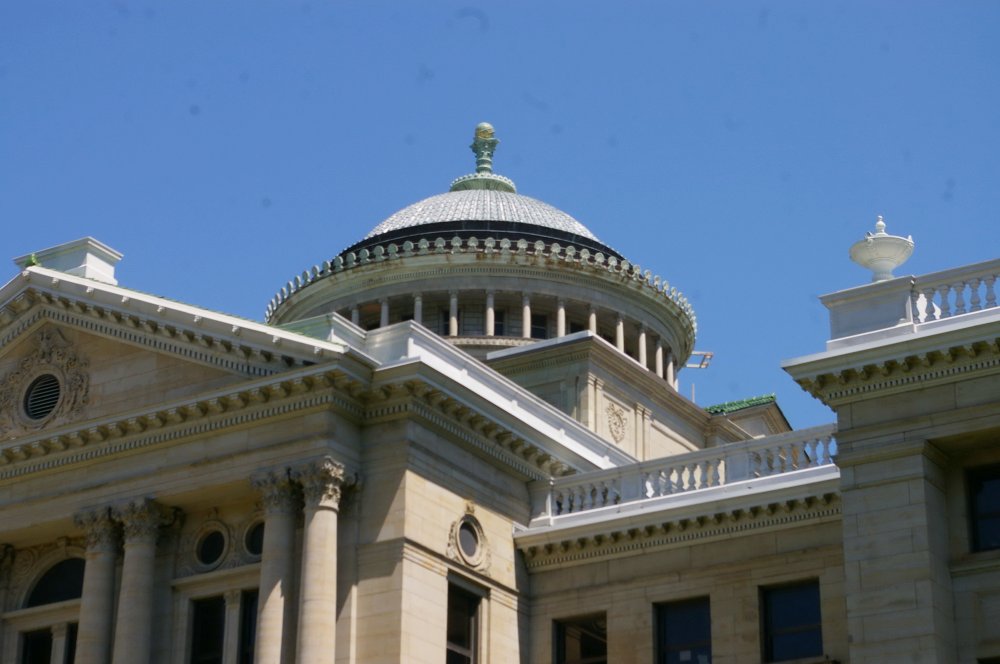 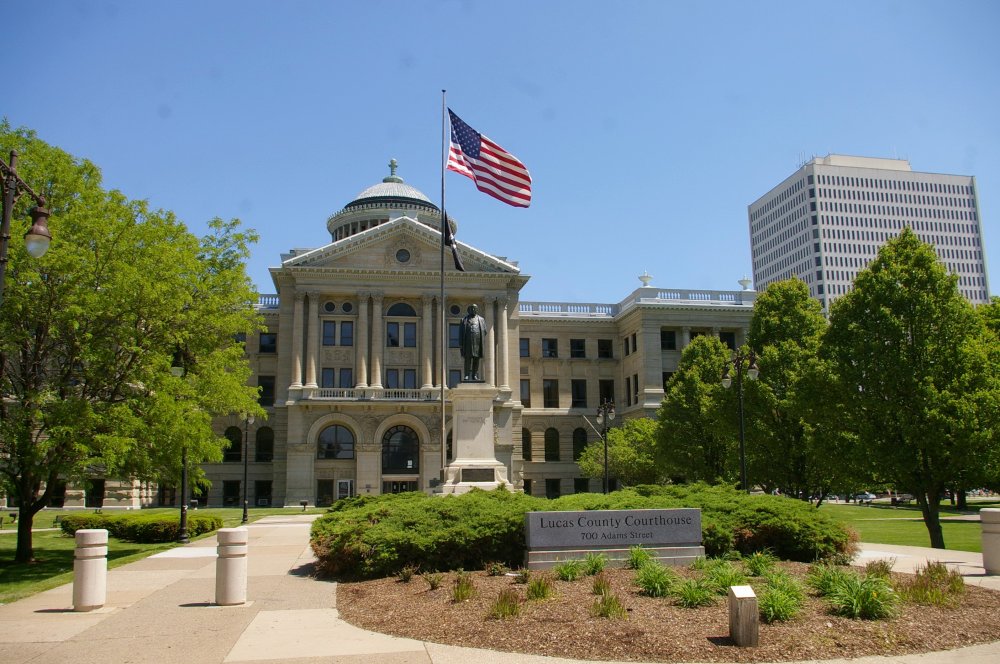 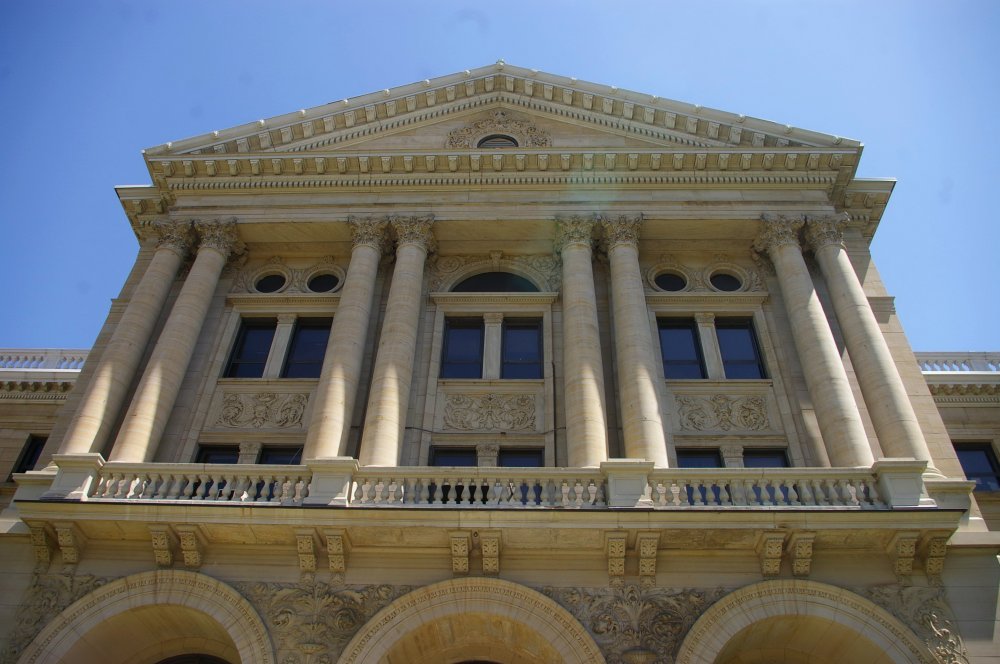 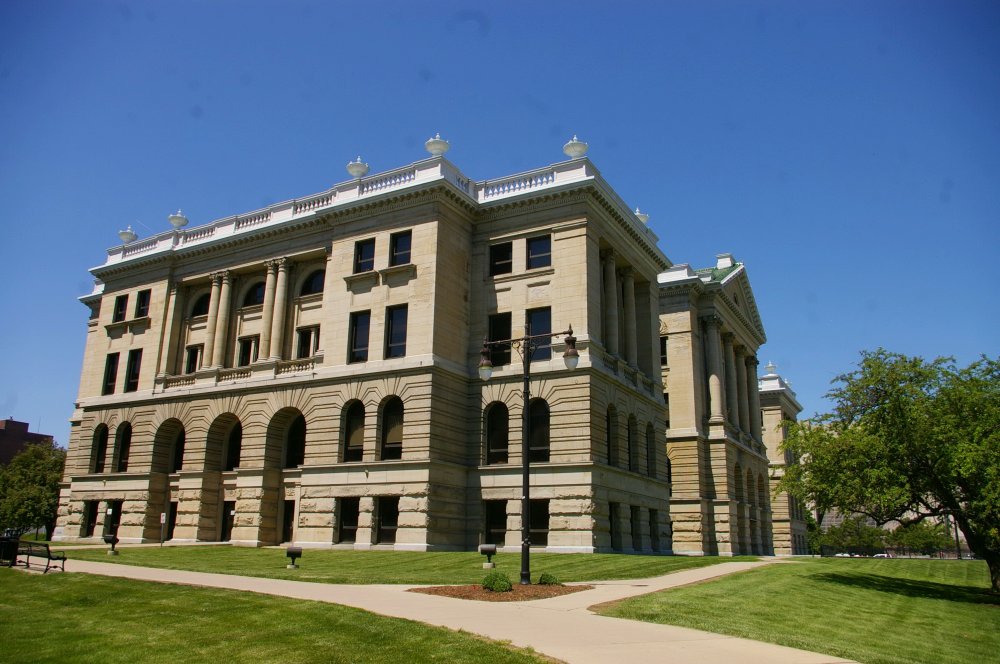 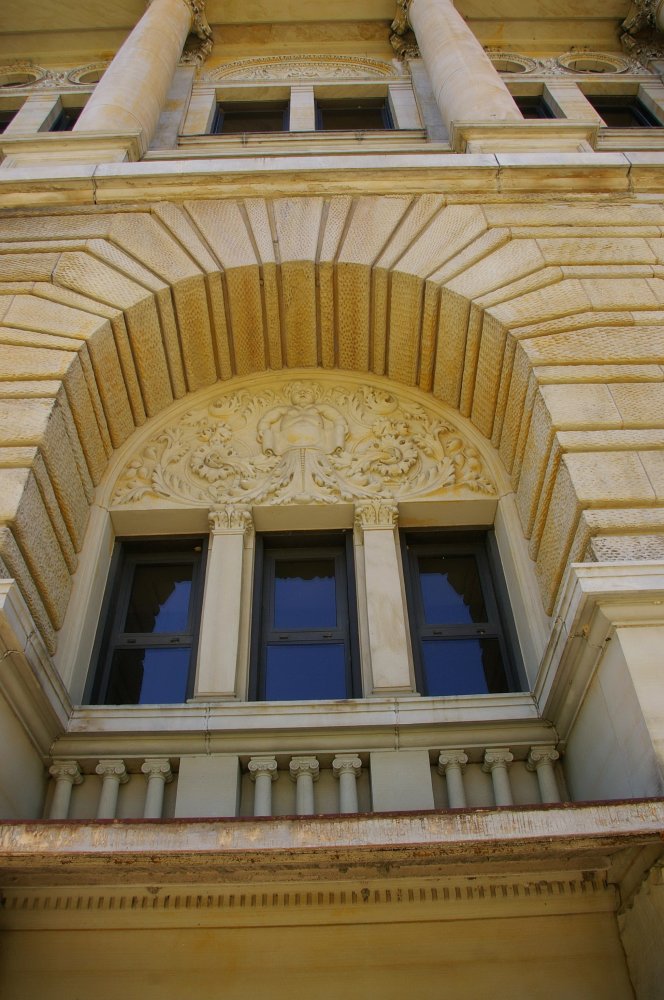 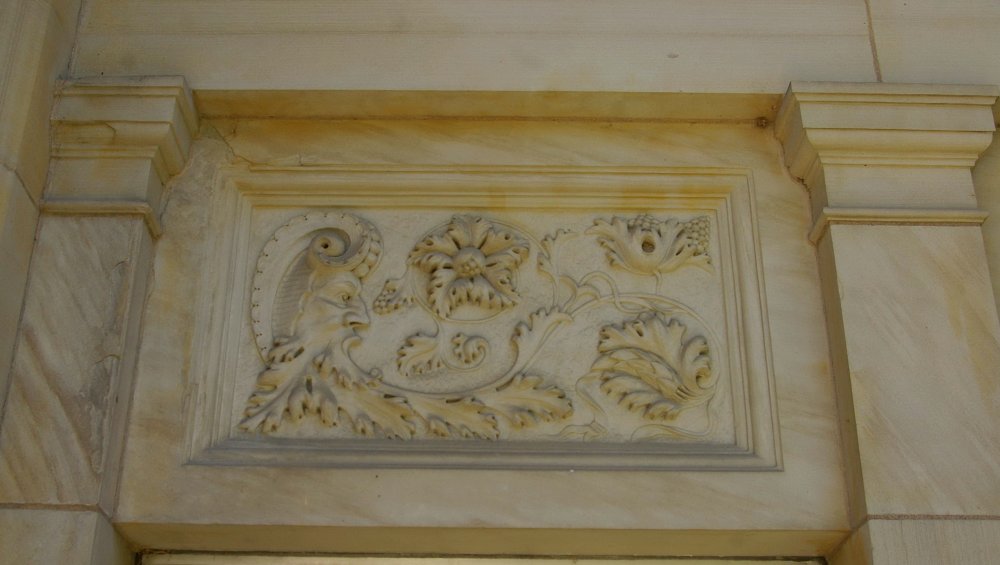 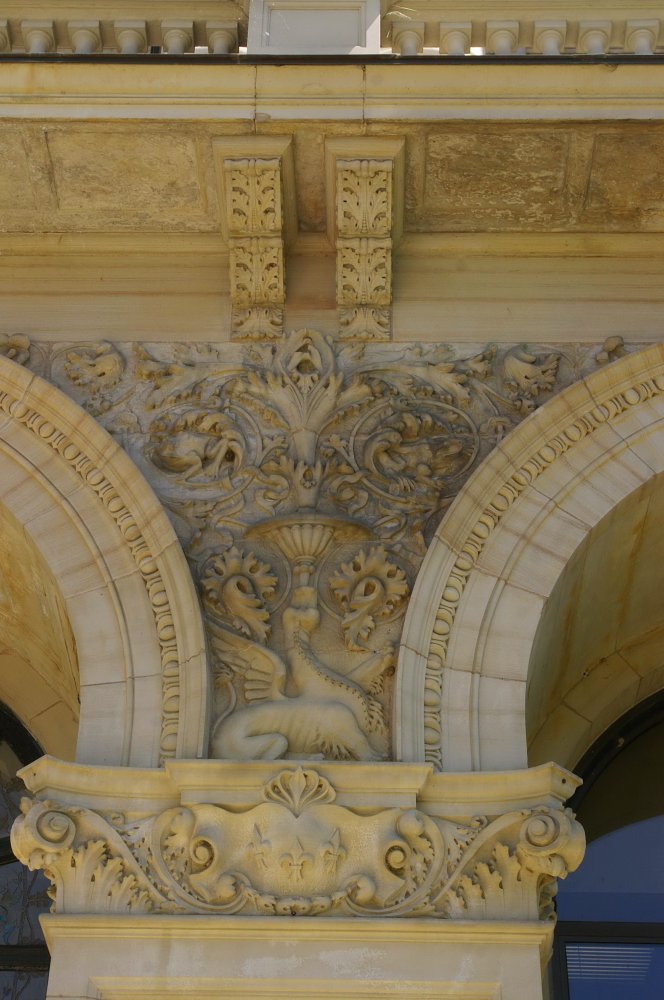 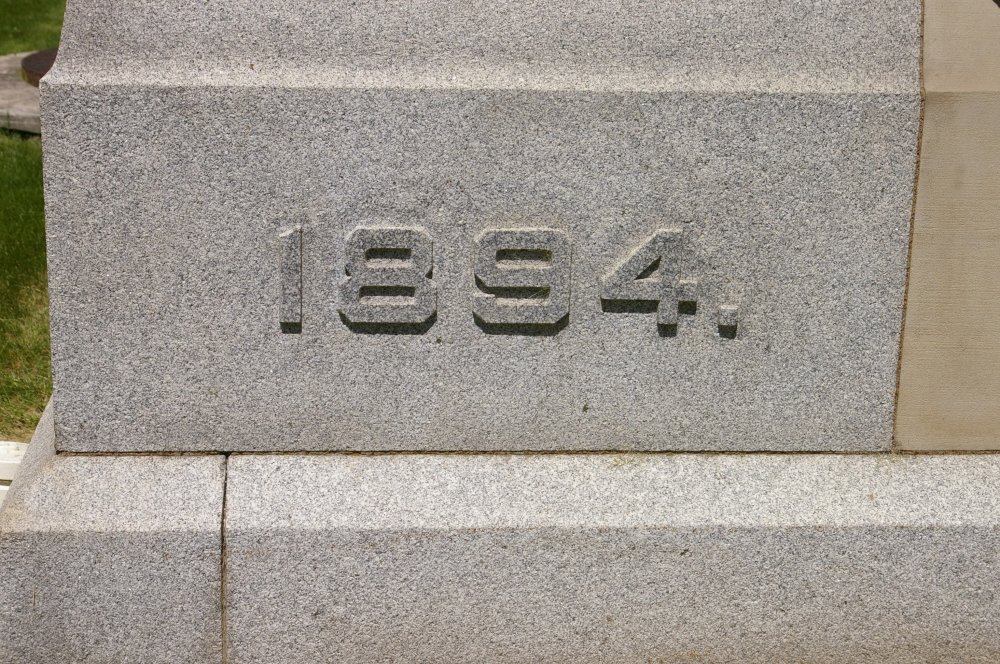