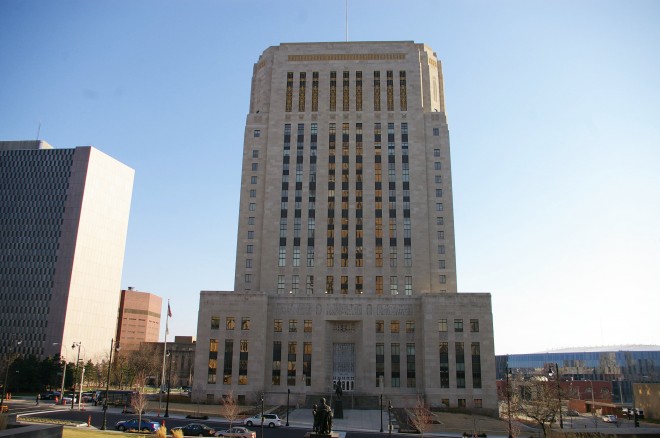 Description: The building faces north and is a twenty-eight story cream colored limestone and glass structure. The base of the building is five stories with the east and west sections extending from the main building. Above rises a central tower for ten stories with another five stories at the top. The entrance is recessed and there is decorative work on the stone. 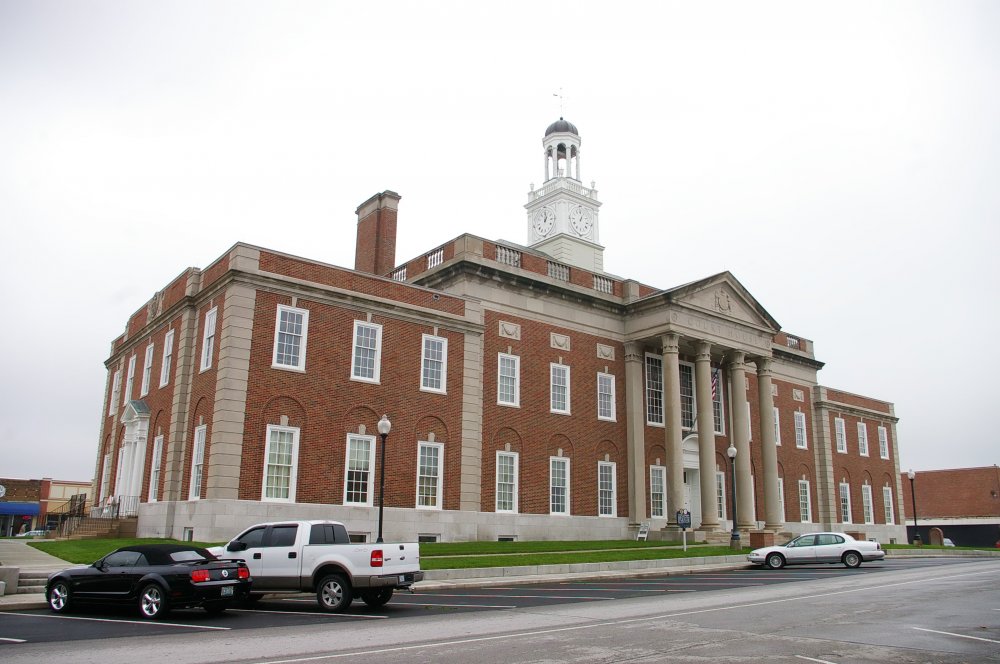 Description: The building faces south and is a three story red colored brick and stone structure. The south and north sides have large porticoes with four columns rising to a pediment at the roof line. The east and west wings are lower in height. On the center of the roof is a high square white colored clock tower with open cupola at the top. The cupola was added in 1846. In 1852, the building was enlarged and completed in 1853. The architect was Jacob C Hovey and John McCoy and the contractor was Leonard and Stewart. In 1872, a new east wing with tall clock tower was added and the exterior was covered with red brick. In 1887, a west annex was added. In 1905, major renovations commenced and were completed in 1907. The architect was William E Brown and the contractor was Chris Yetter. In 1932, the last major remodeling was commenced and completed in 1933. The architect was David Frederick Wallace of Keene and Simpson of Kansas City and the contractor was Weeks Construction Company. 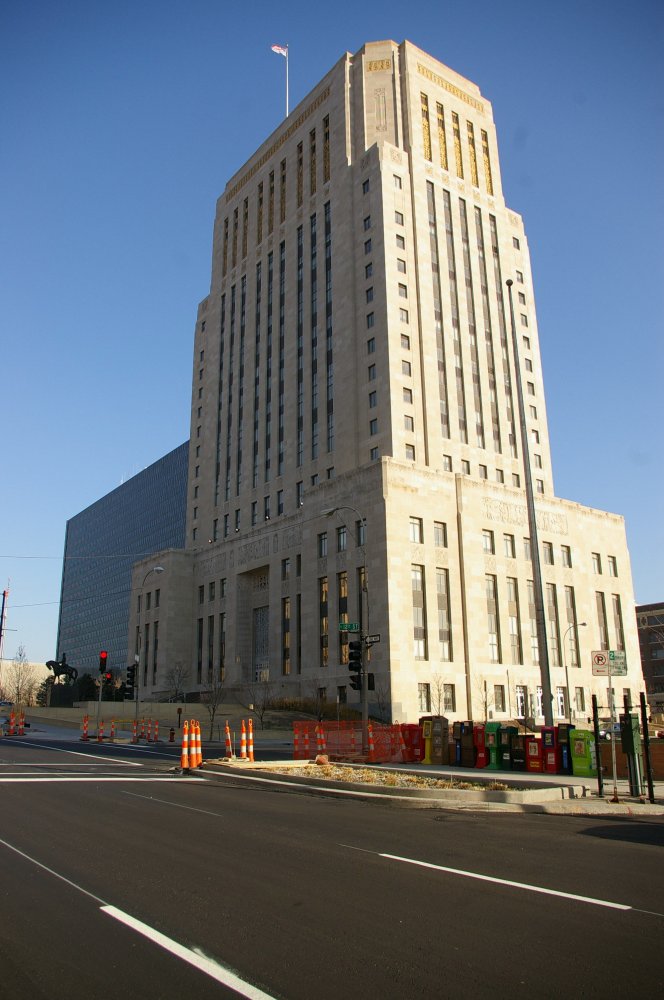 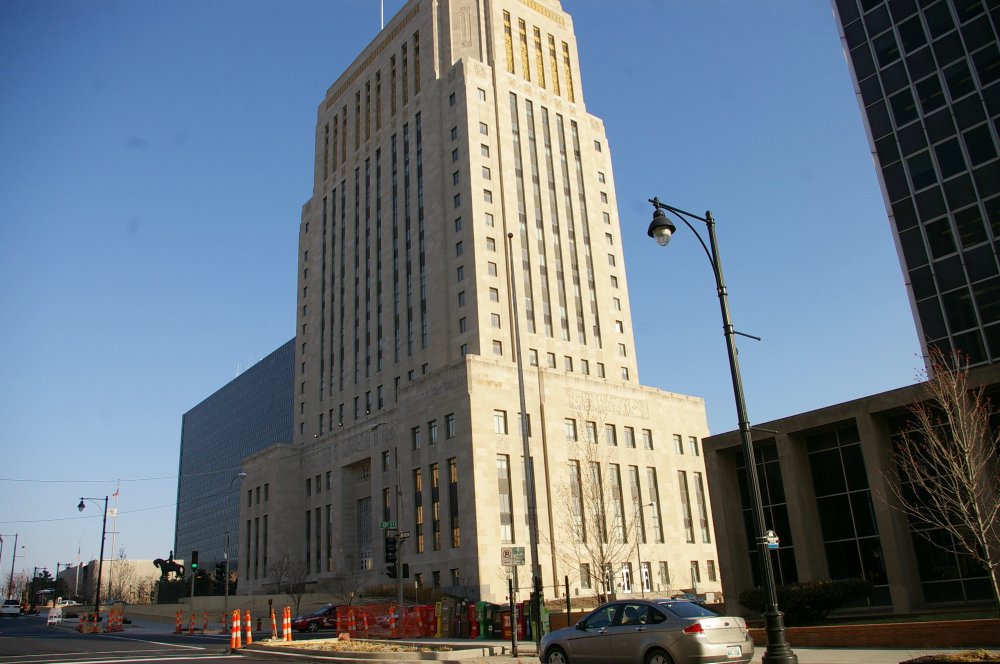 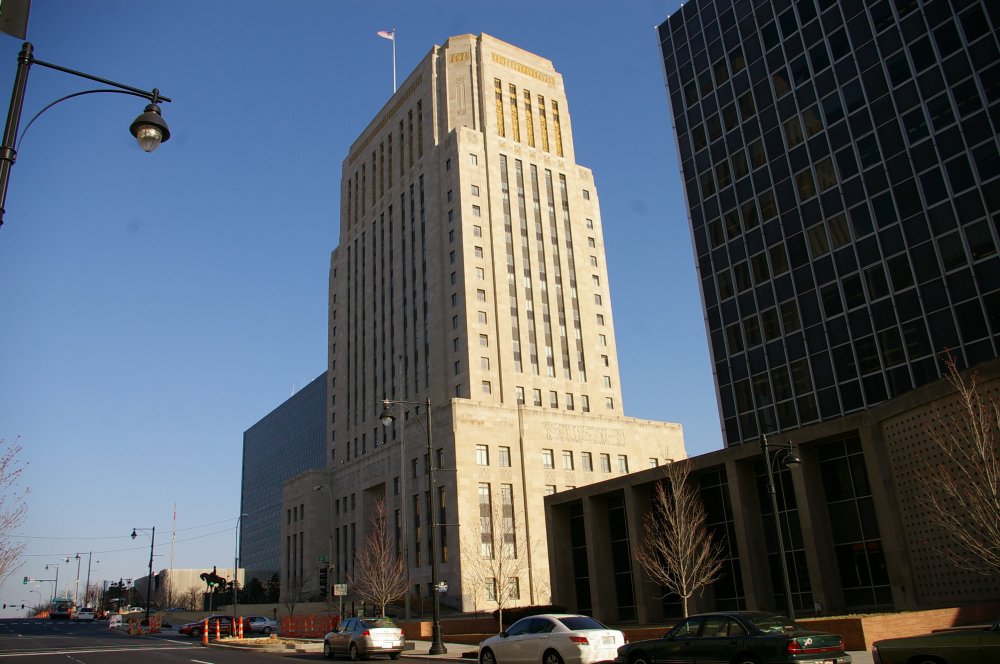 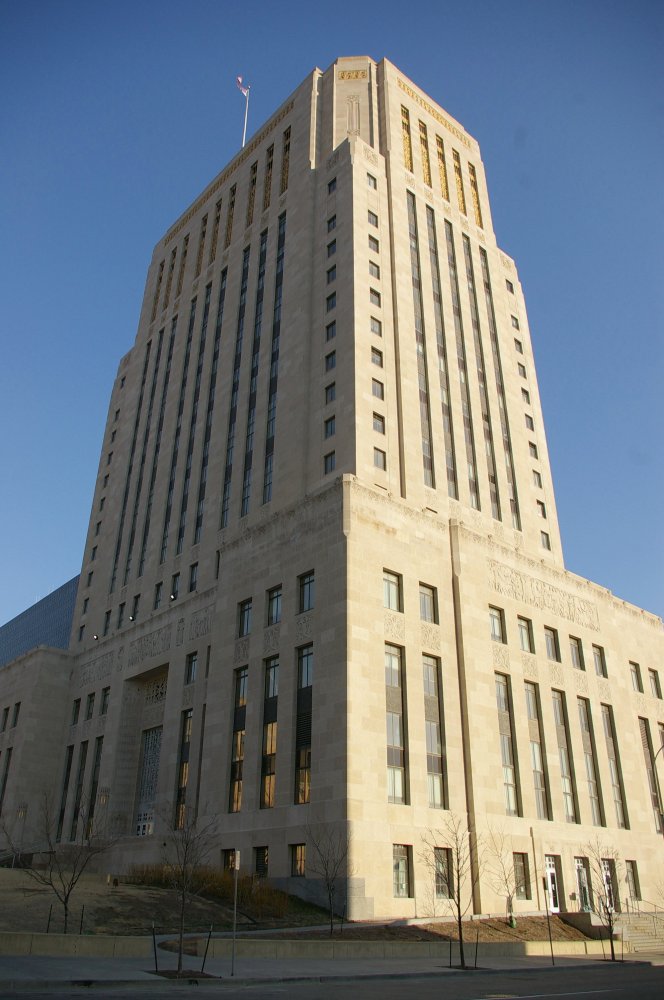 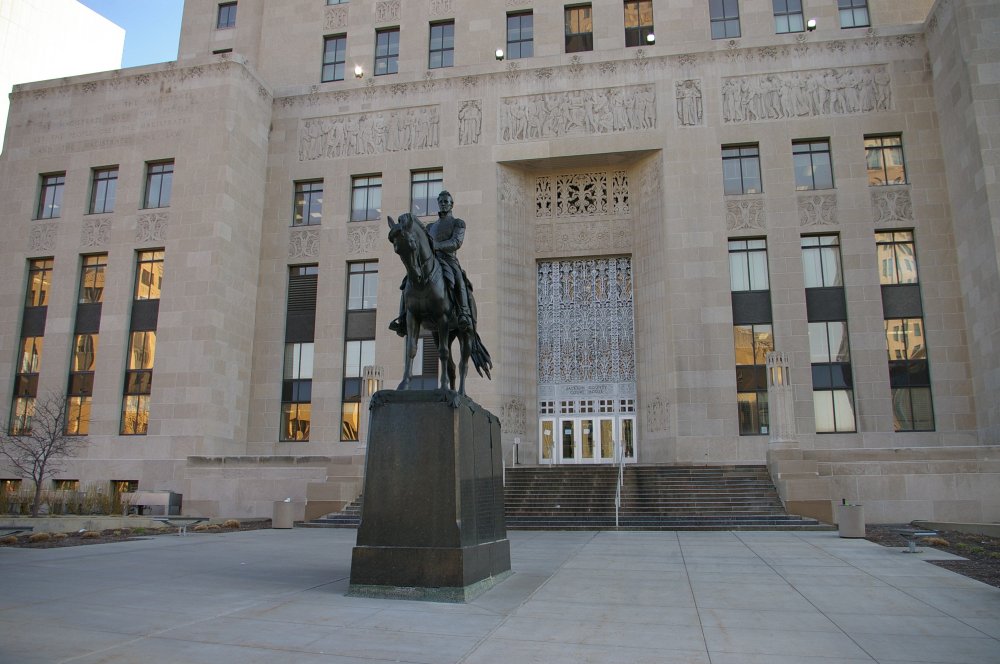