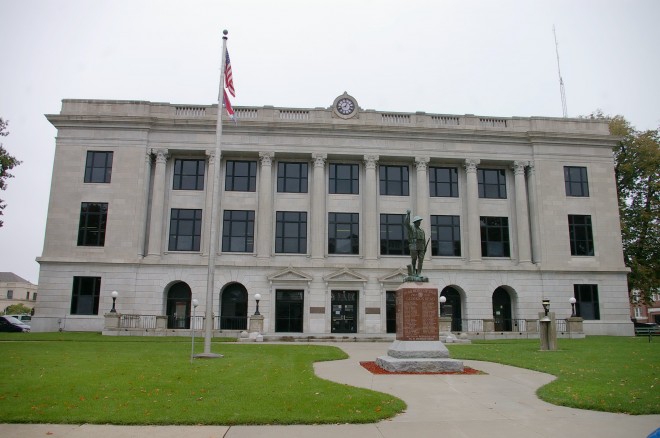 Pettis County is named for Spencer Darwin Pettis, who was a United States Congressman.

Description: The building faces west and is a three story grey colored limestone and concrete structure. The building is 96 feet by 55 feet. The west front has eight columns rising from the second story to the top of the third story. The first story has horizontal stone and three entrances with small pediments and flanked by two arches on either side. A balustrade runs along the roof line with clock in the center. 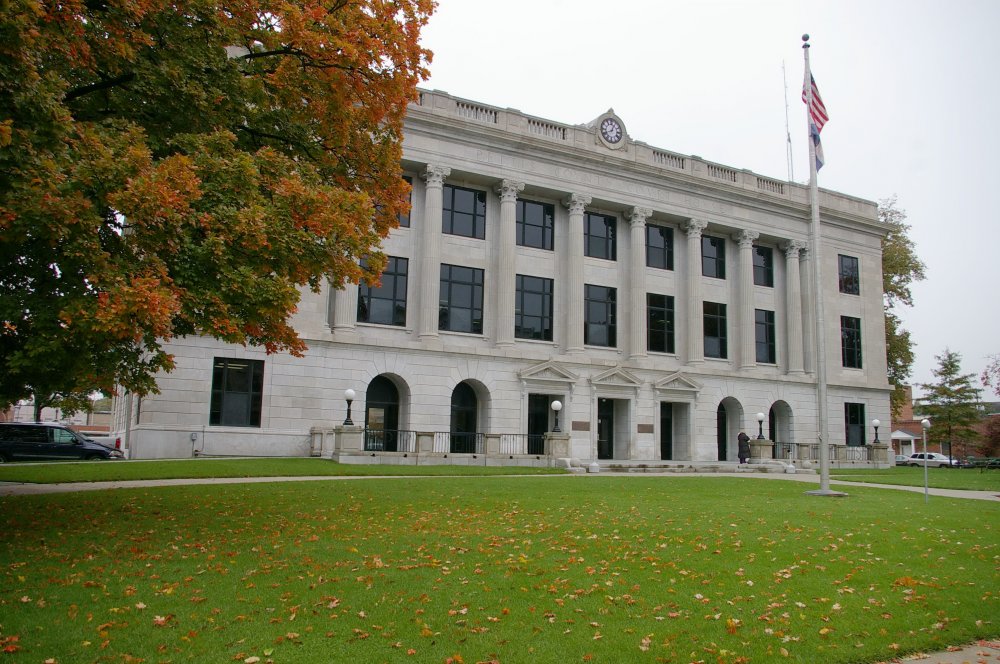 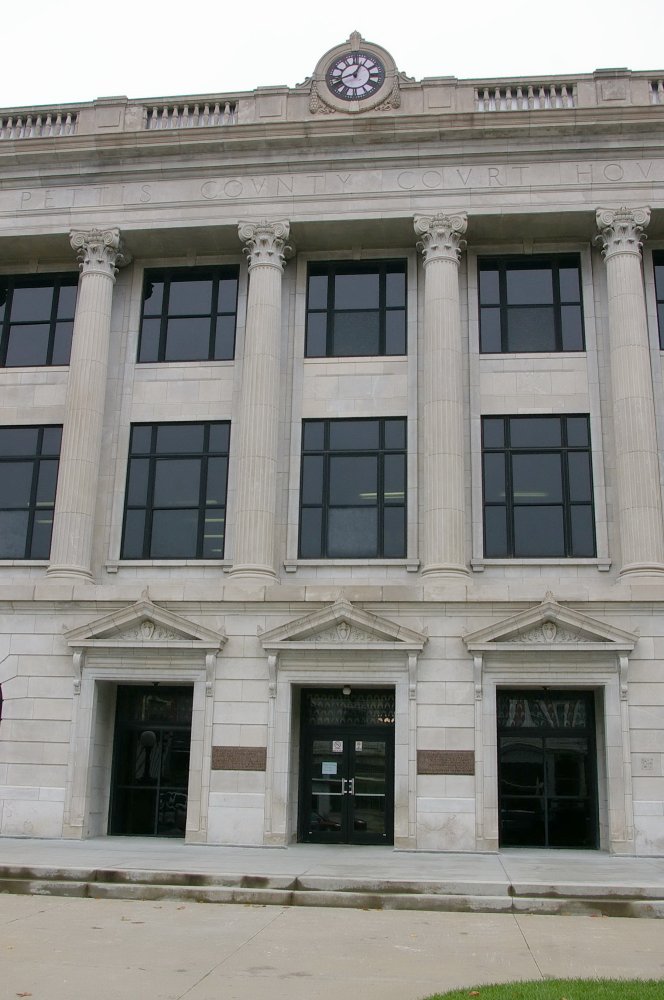 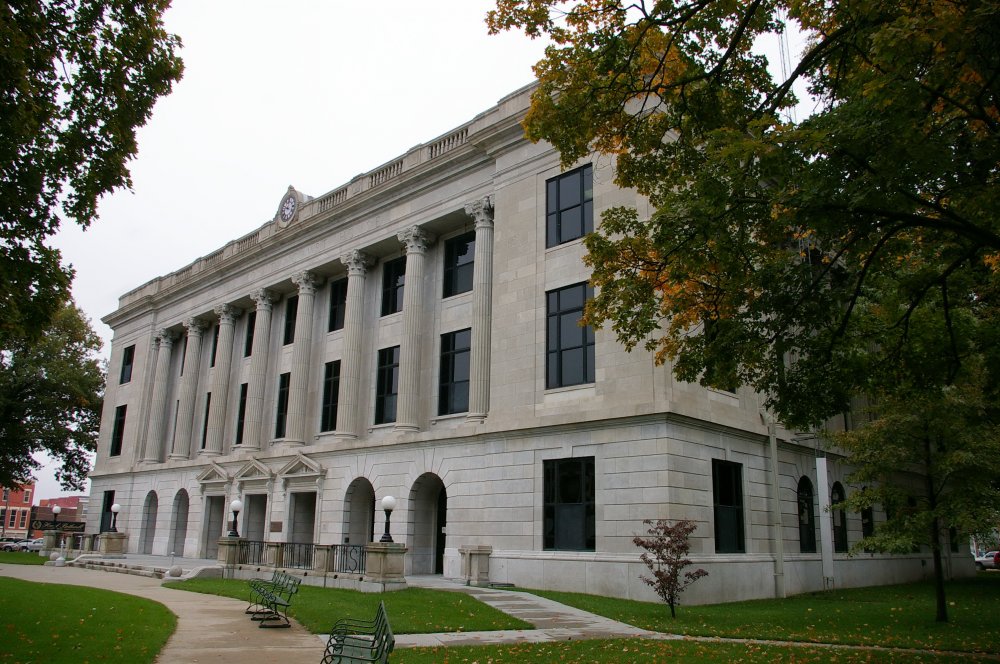 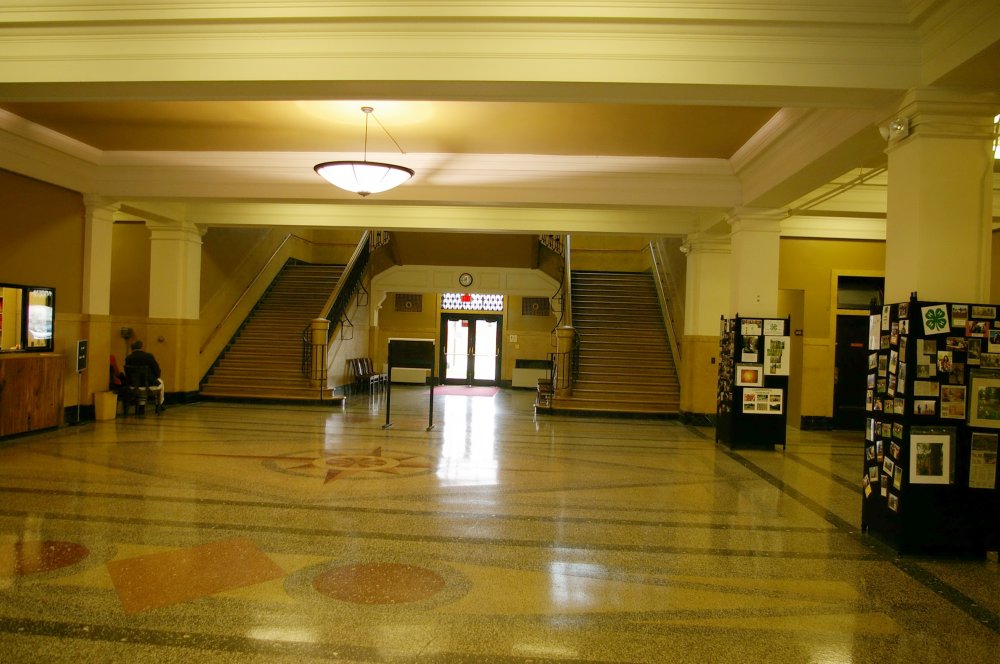 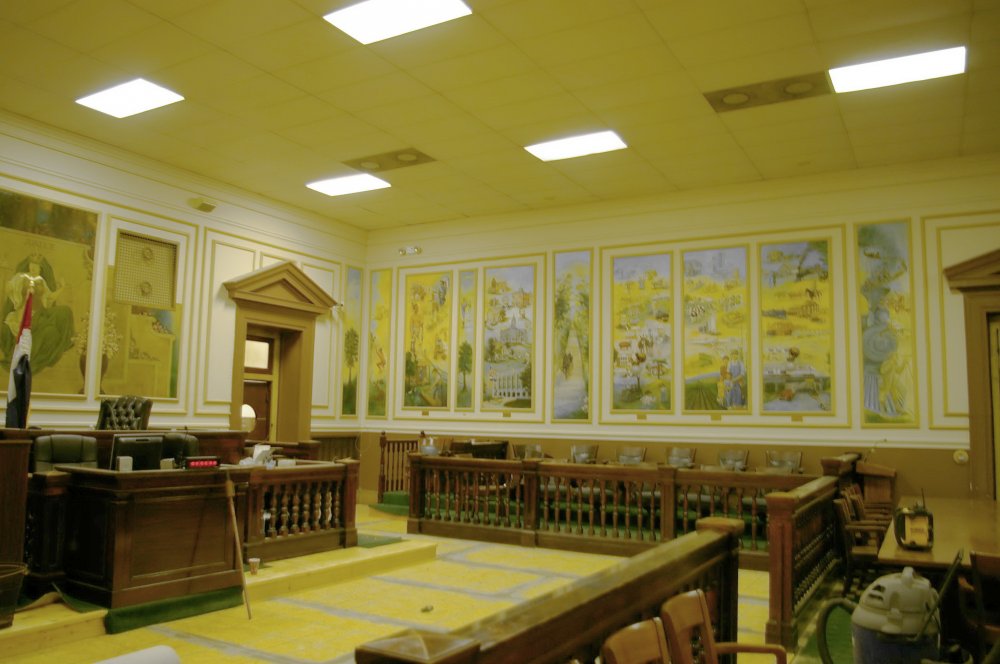 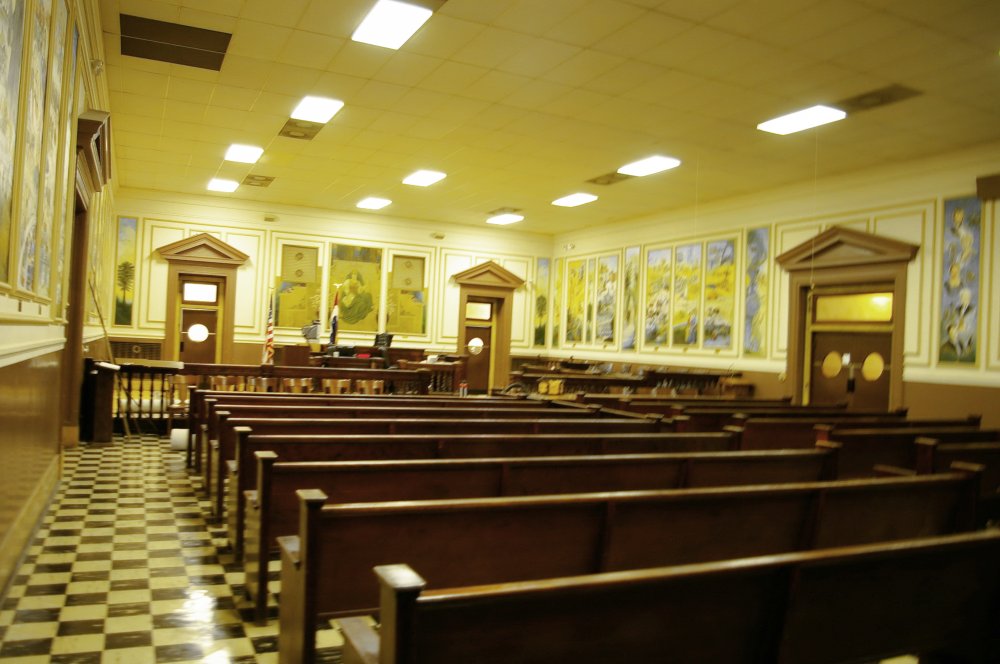