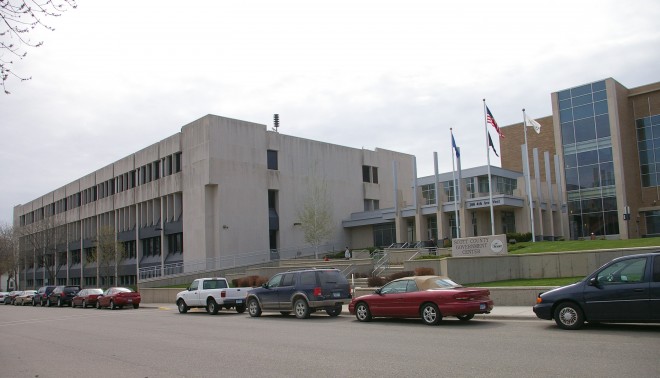 Scott County is named for General Winfred Scott who served in the War of 1812, the Mexican War and for twenty years was commander-in-chief of the United States Army. 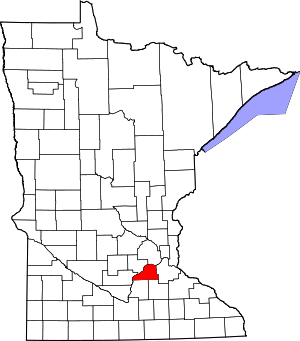 Description:  The building faces north and is a four story red colored brick, concrete and glass structure. The building is located on landscaped grounds in the center of Shakopee and constructed of Alabama limestone veneer on concrete block that is set off by black pre-cast concrete spandrels beneath the windows. The lower wall is charcoal granite. Solar gray insulated glass recessed windows in two horizontal bands are separated by structural fins, which give the effect of vertical shutters. The building is named as the Scott County Government Center and contains the courts in the west section and the county administration in the east section. The building houses the County District Court of the 1st Judicial District. The original building was constructed in 1857, added to in 1864 and remodeled and added to in 1867 and 1873. The building was again remodeled in 1927 and stands on one side of courthouse square, being incorporated within the flat-topped two-story brick of its final modernization. 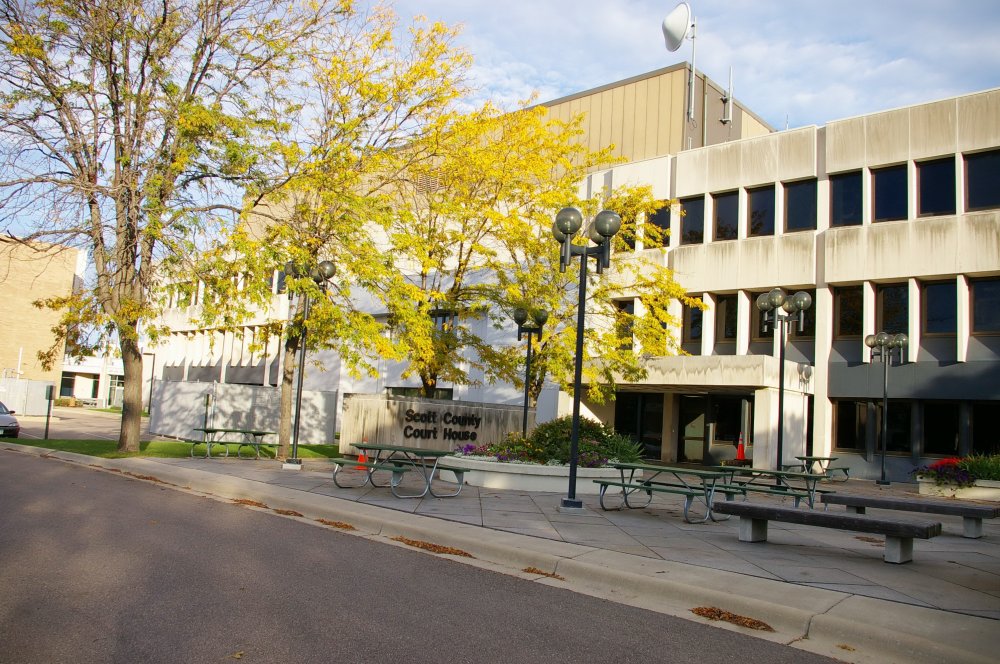 Architect:  A Wold and E Wold of WOLD Architect & Engineering

Description:  The building faces faces west and is a three story structure. The building is located on landscaped grounds on the noirth side of the Scott County Government  Center in the center of Shakopee.. 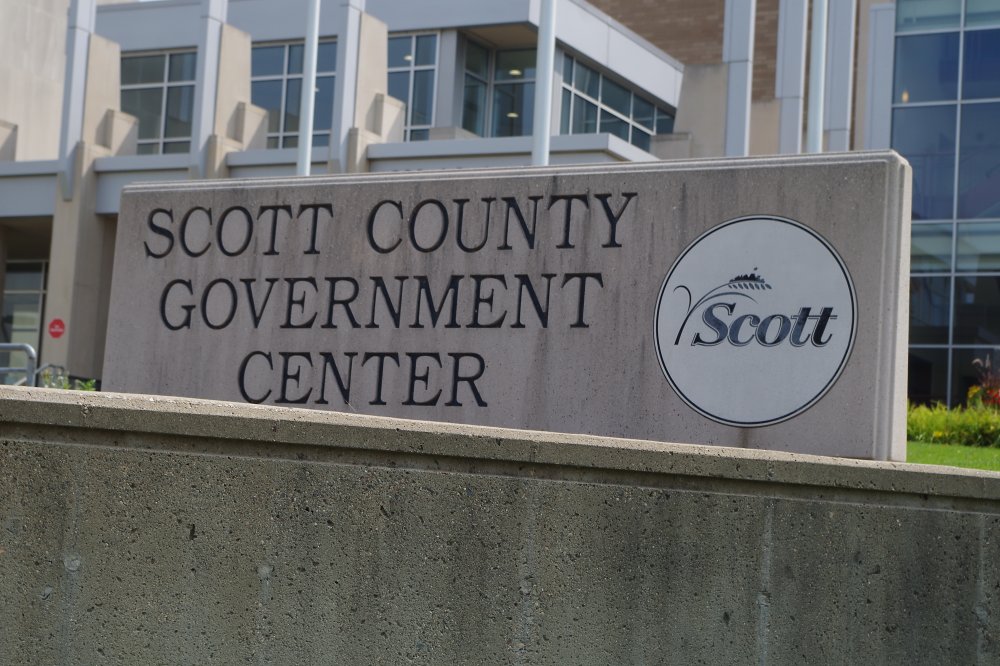 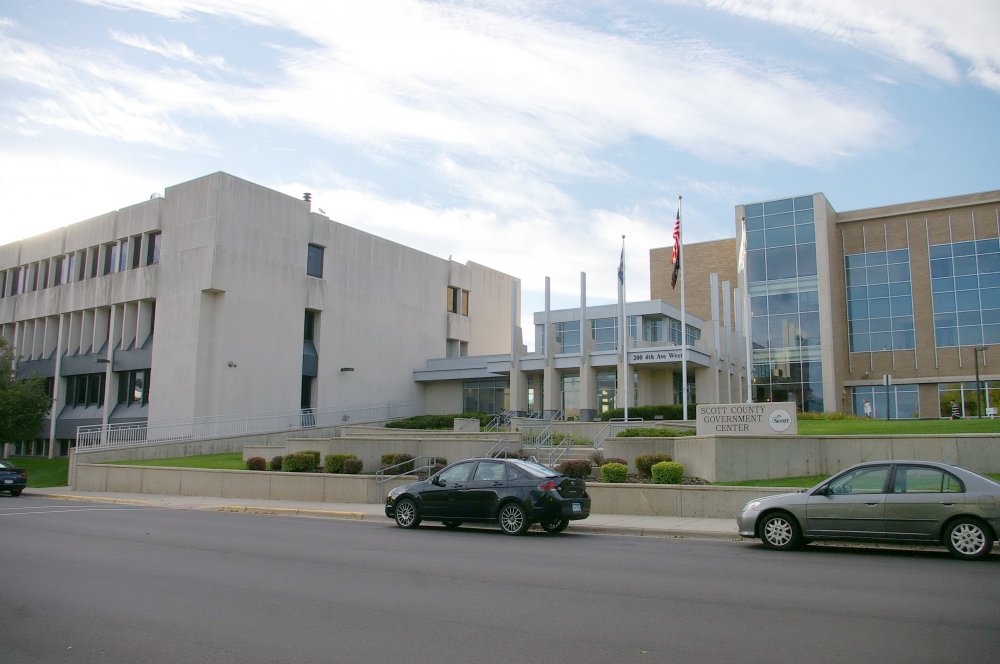 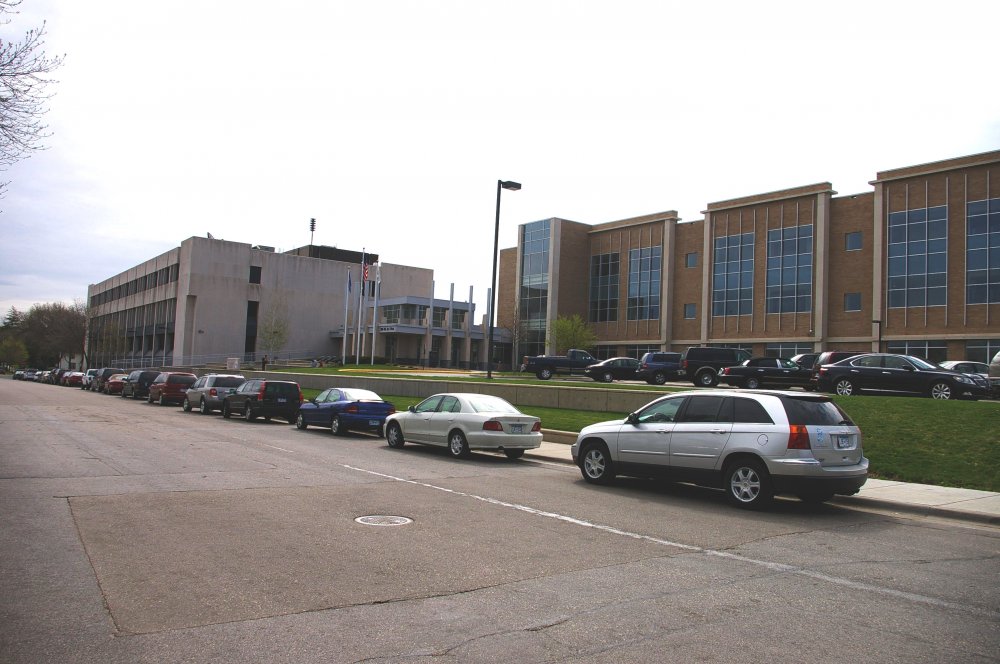 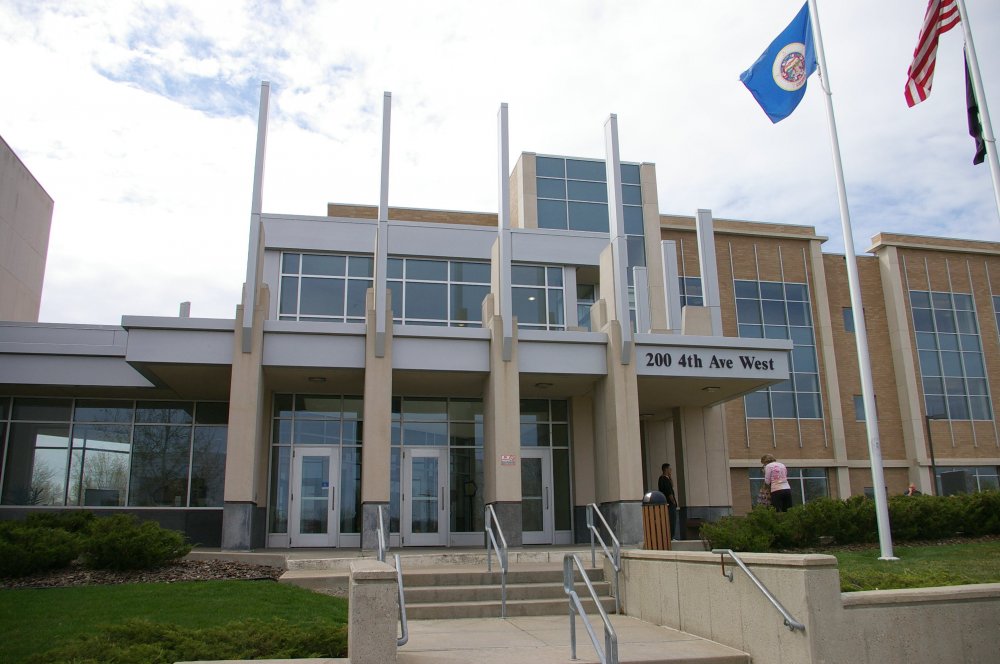 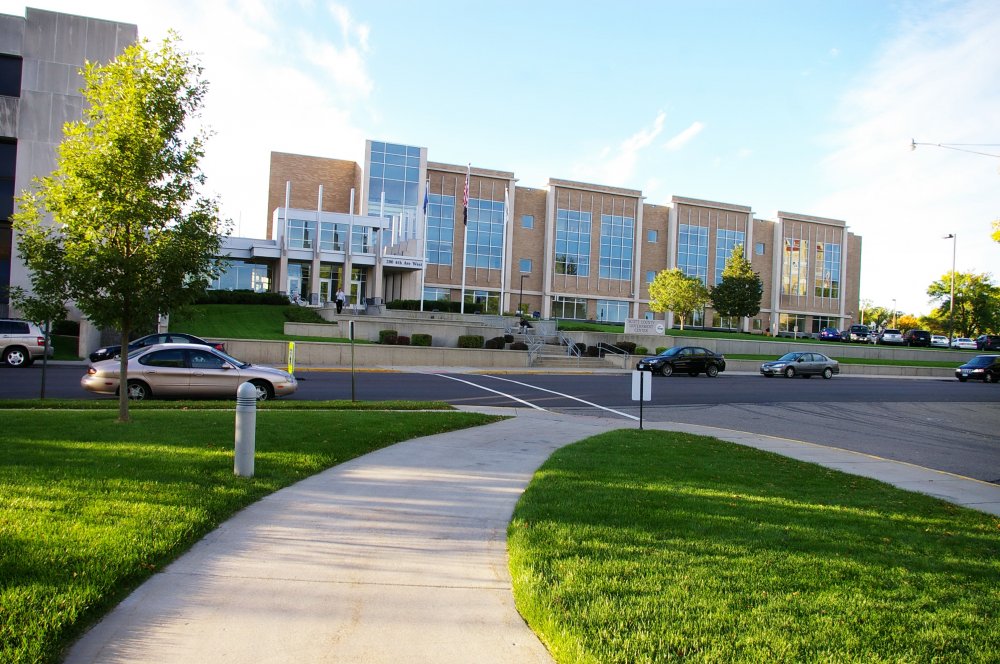 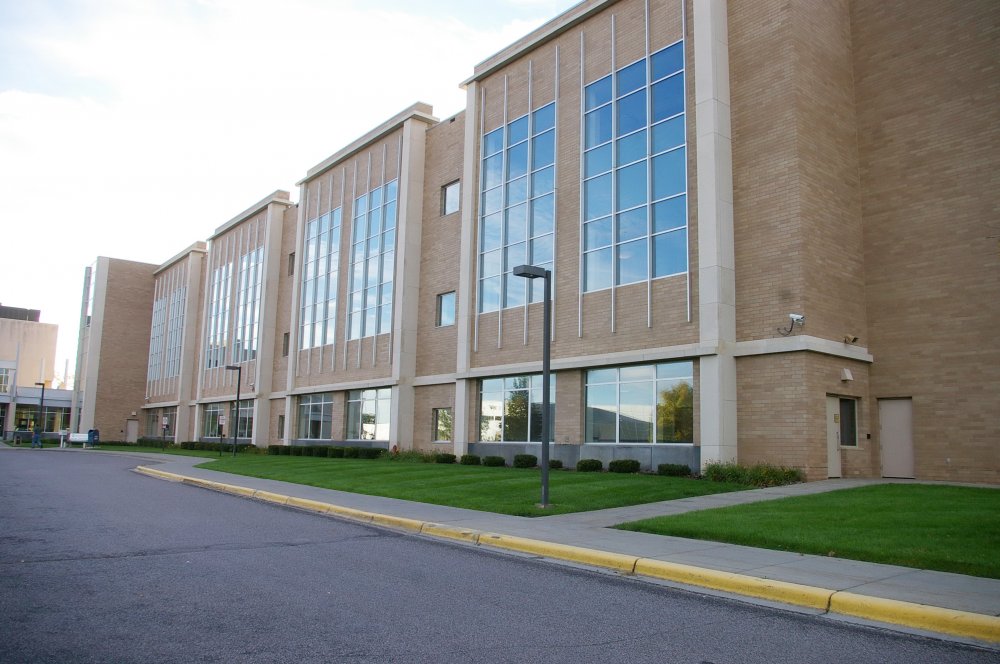 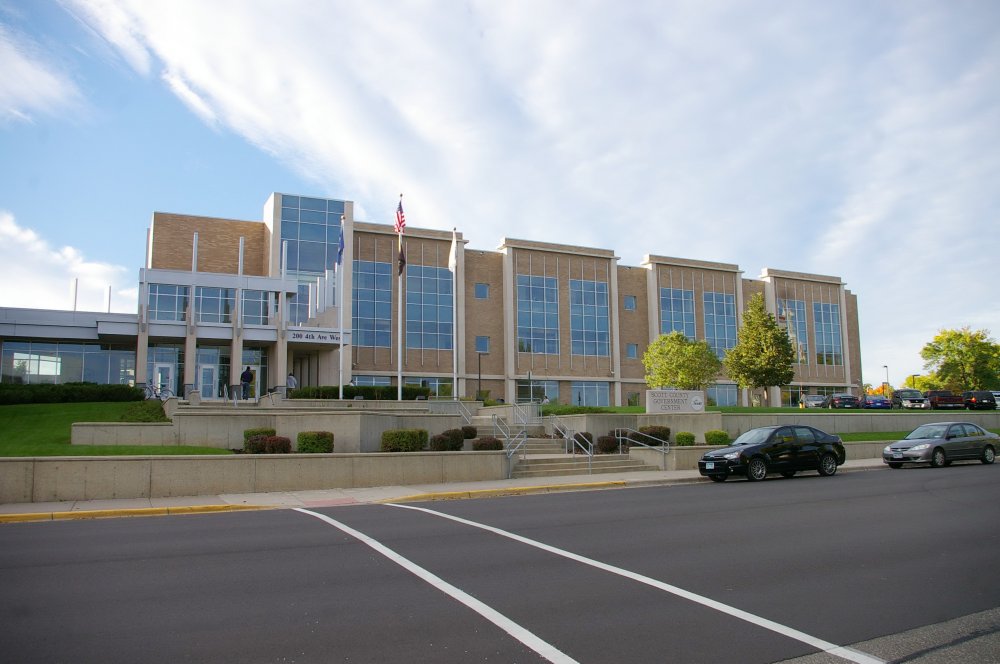 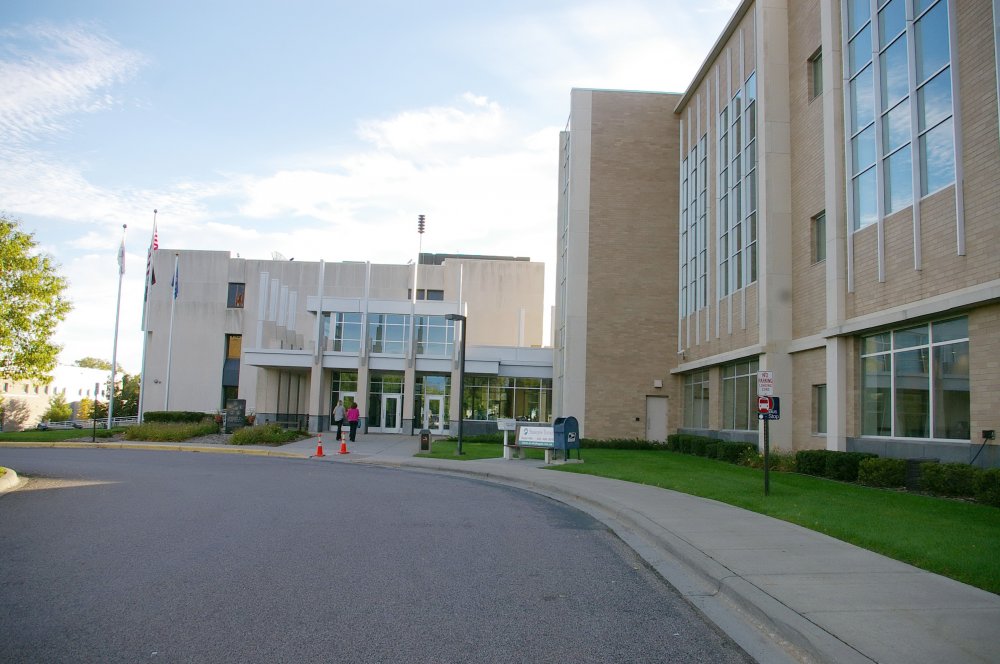 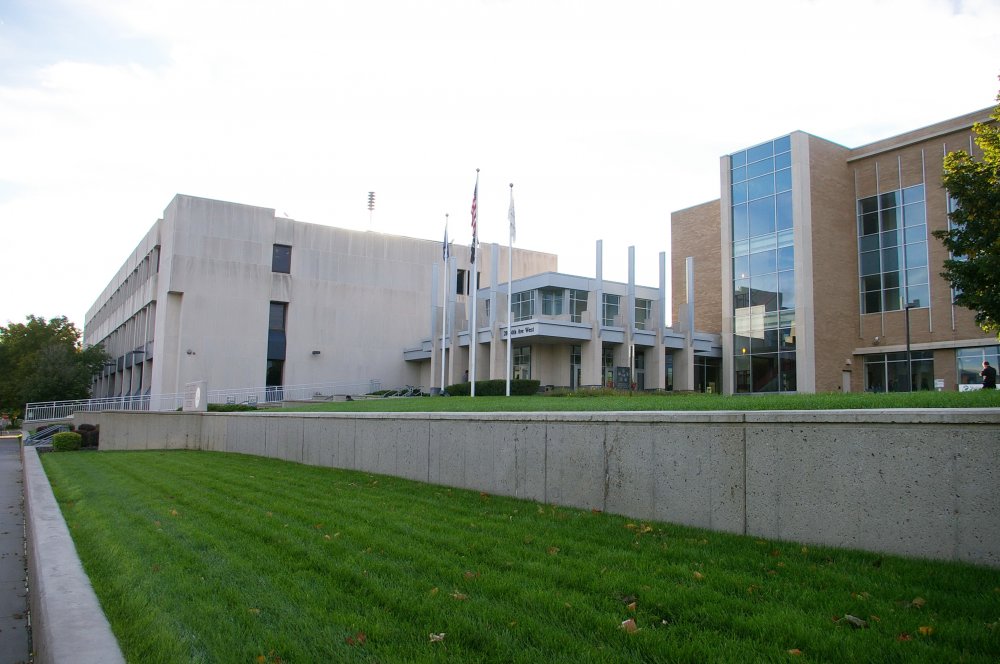 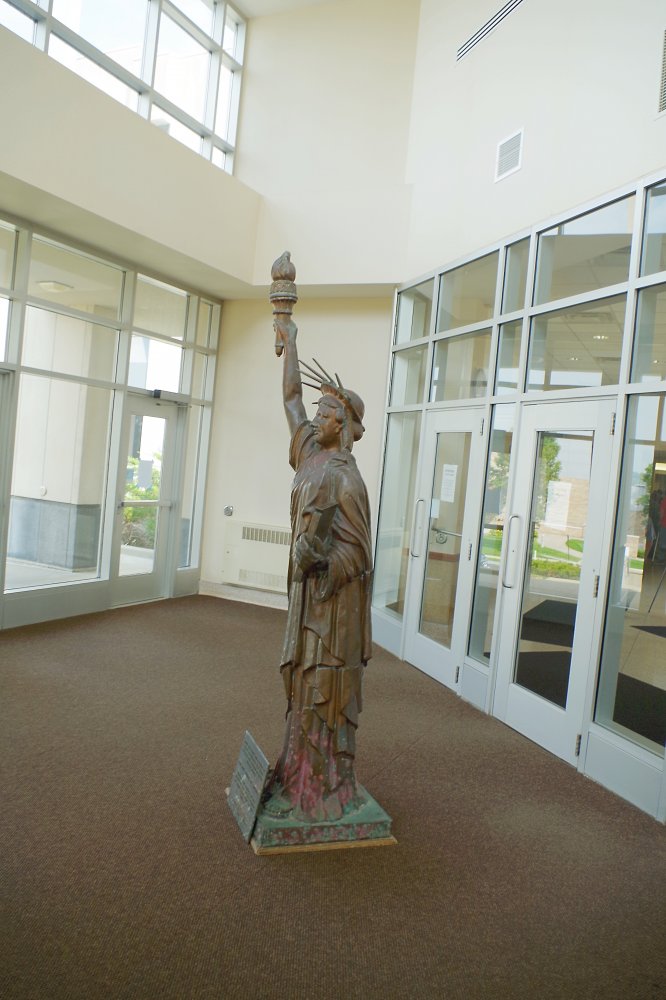 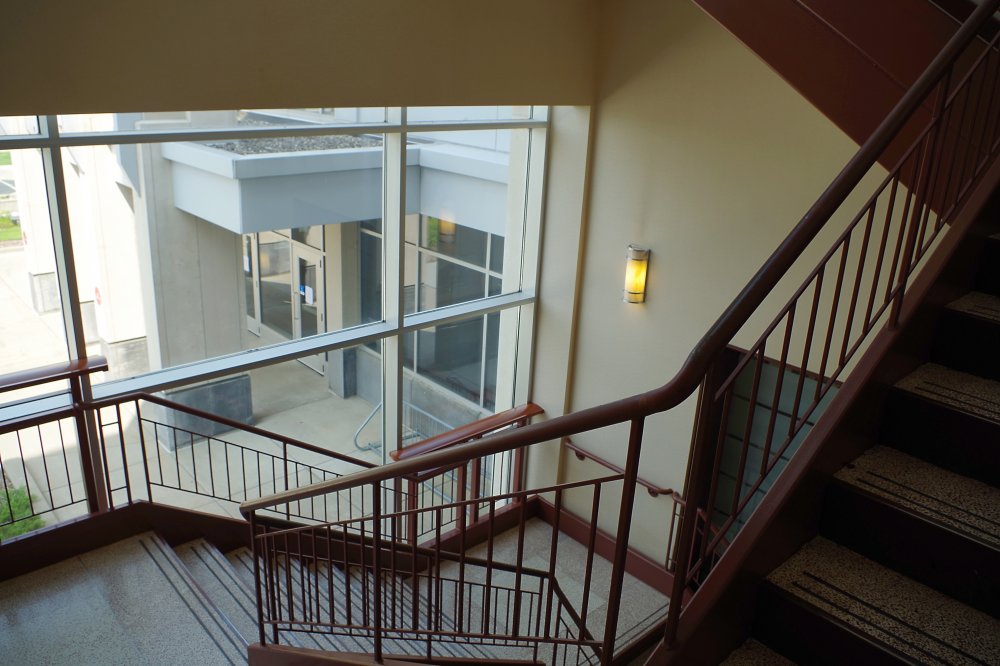 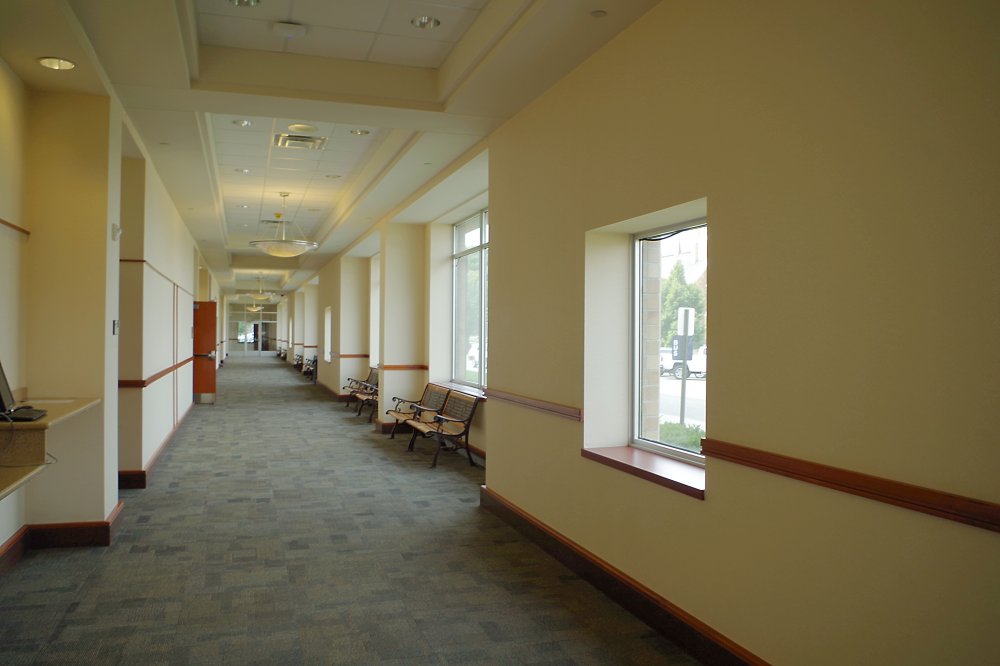 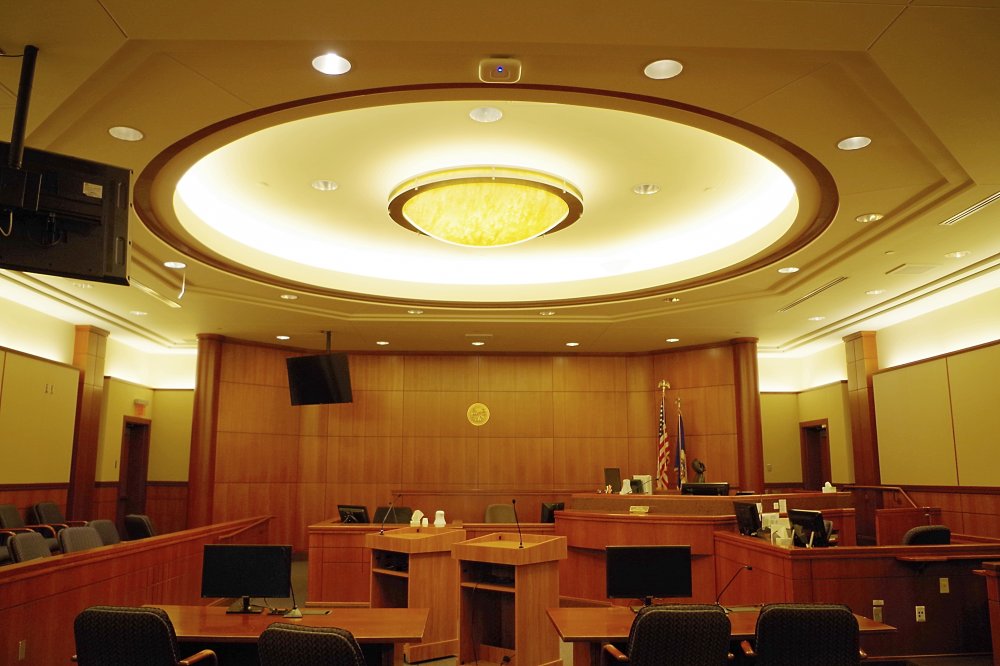 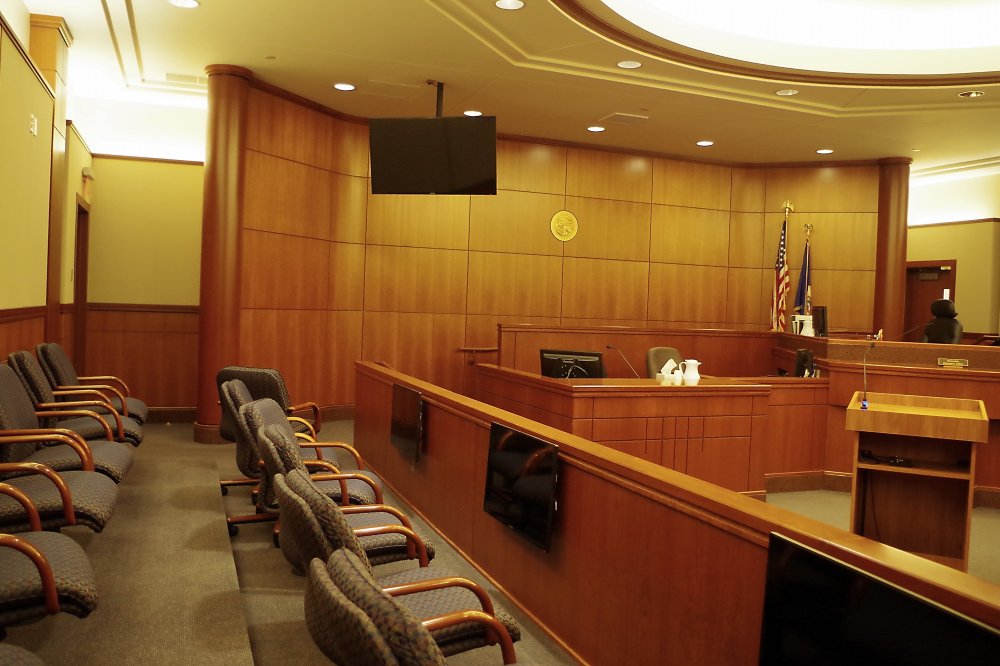 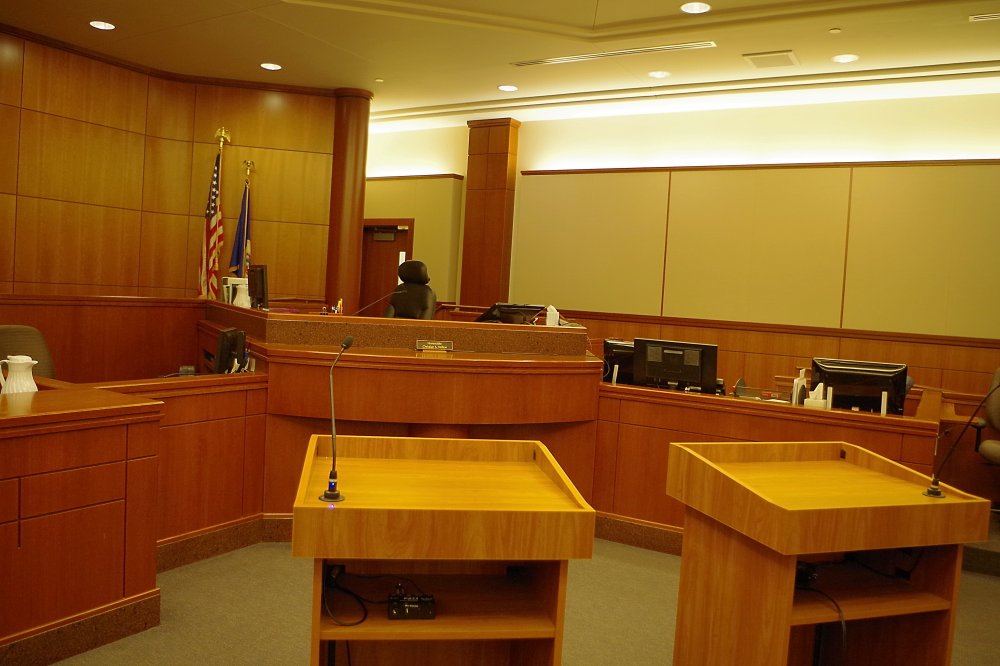 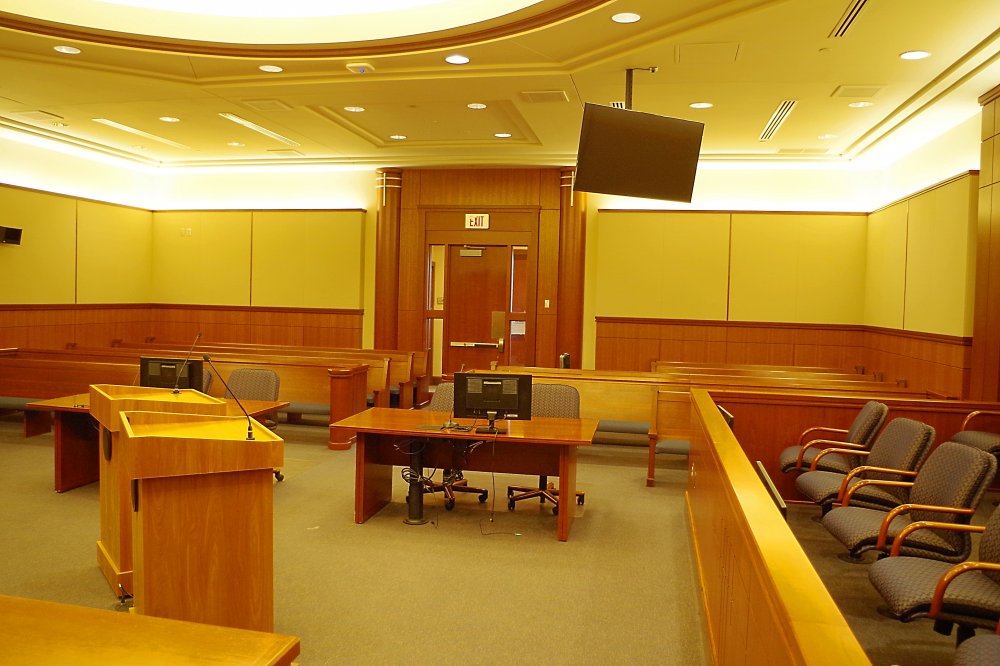