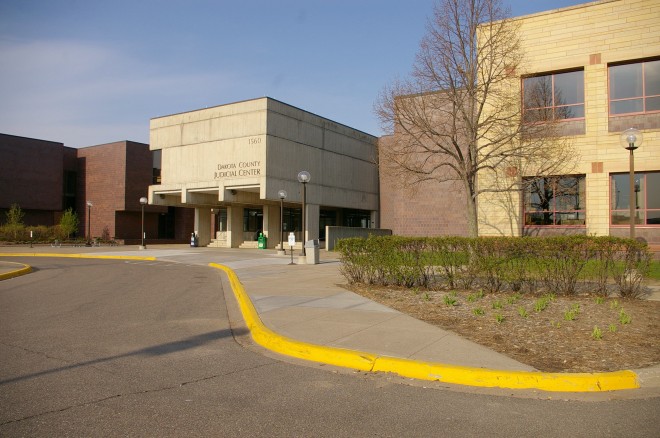 Dakota County is named for the Dakota Native American tribe.

Description:  The building faces west and is a three story mulberry-toned jumbo brick, concrete and glass structure. The building is located on spacious landscaped grounds to the west of the center of Hastings. The building has a large concrete central entrance with recessed doorway on the first story. The building has a three level atrium and sky lit lobby. Four large chrome plated ducts rise from the basement through the open lobby to the third story. The building houses the County District Court of the 1st Judicial District. The building is the Dakota County Judicial Center. In 1987, a Courts Addition was started and completed in 1988. The architect was Wold Architects and the contractor was M A Mortenson Company ( construction manager ). Description:  The building faces west and is a three buff and reddish colored brick, concrete and glass structure. The building is located on spacious landscaped grounds to the west of the center of Hastings. The building has a high arched entrance and lower arches along the first story. An addition was added in 2003 and completed in 2004. The architect was Wold Architect and Engineers and the contractor was Westra Construction. Description:  The building faces north and is a two story red colored brick and stone structure. The building is located on spacious landscaped grounds in the center of Hastings. The square shaped building has four symmetrical facades with a projecting square tower with red colored roof on each corner. The central entrance has a one story portico supported by paired fluted Corinthian columns and with balustrade on the second story. The building is constructed with a white colored brush hammered limestone for the foundation, window hoods and quoins. There are segmental arches over windows, bracketed and dentillated cornices. In 1912, the original cupola was replaced with a larger domed circular cupola in the Renaissance Revival style. The architect was Augustus Gauger of Saint Paul and the contractor was W J Longcor. The two story buff colored brick addition was constructed in 1955. The architect was Ellerbe & Company. The building is the old Court House and served until 1974 and now serves as the City Hall.. 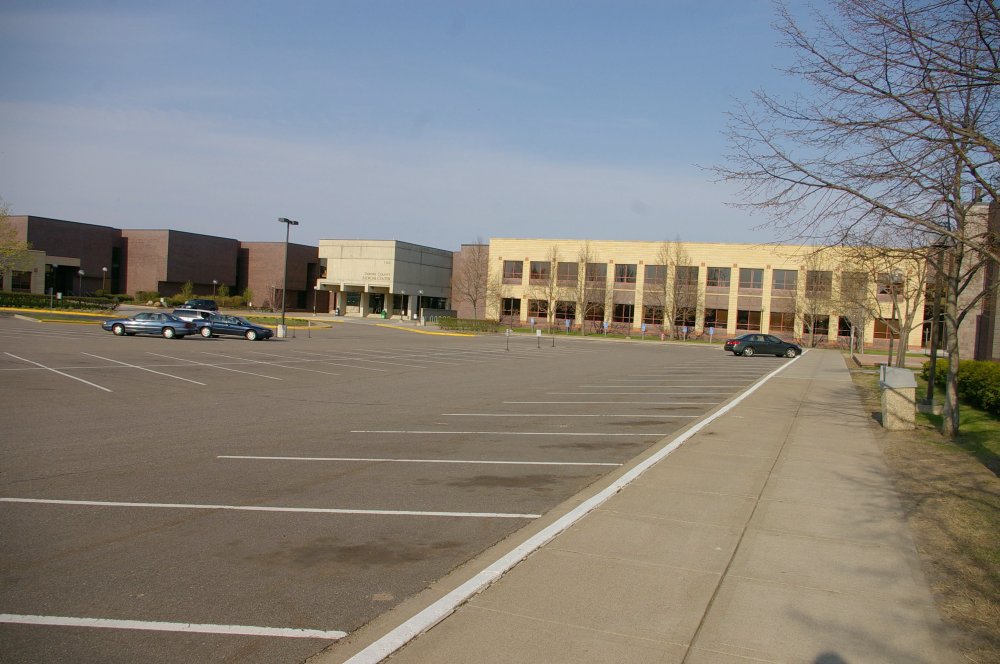 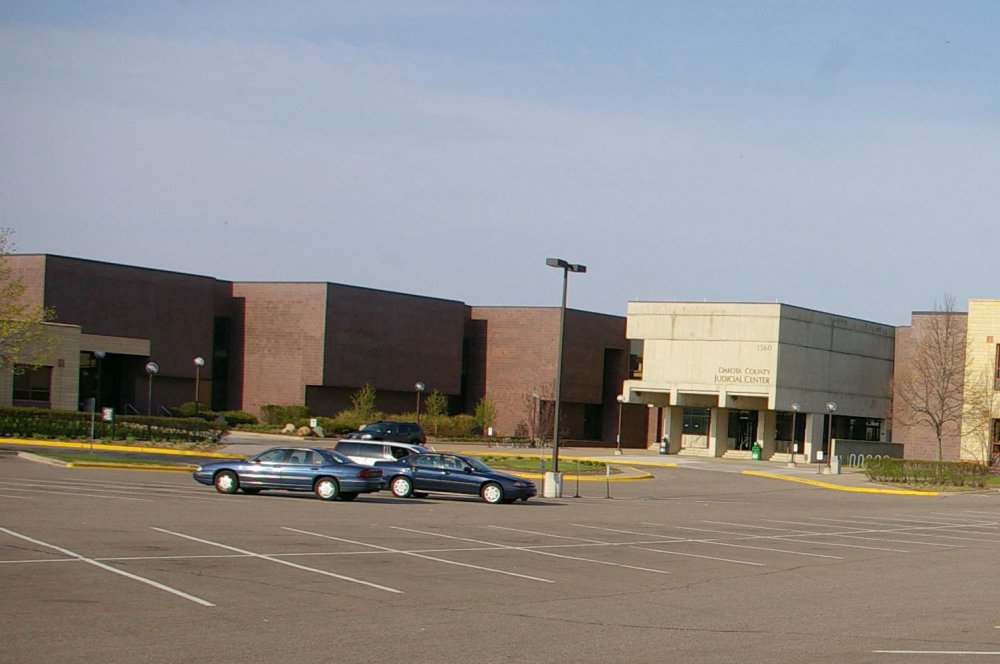 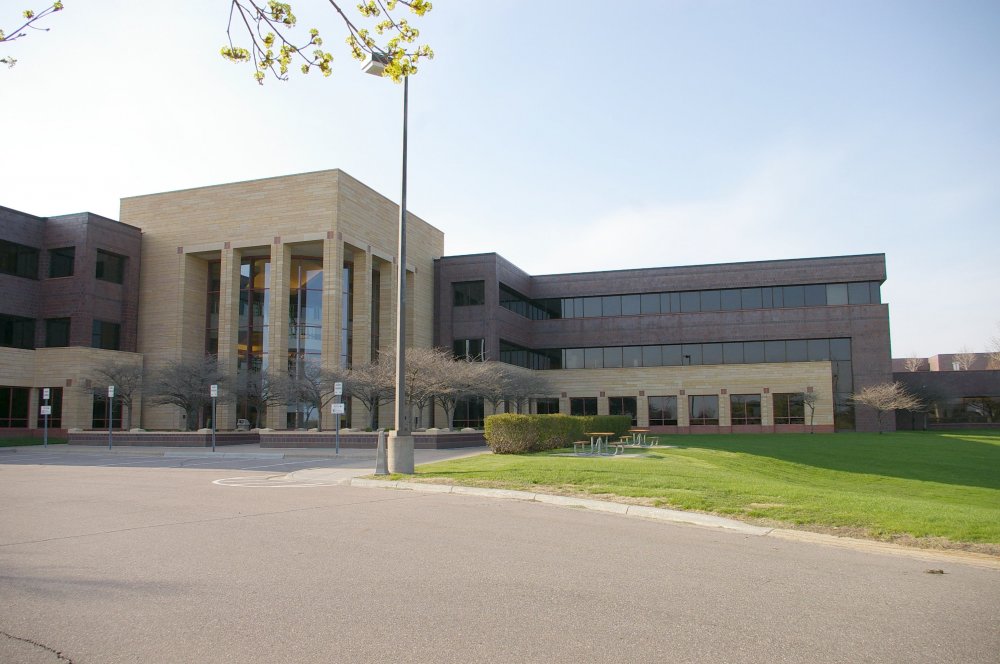 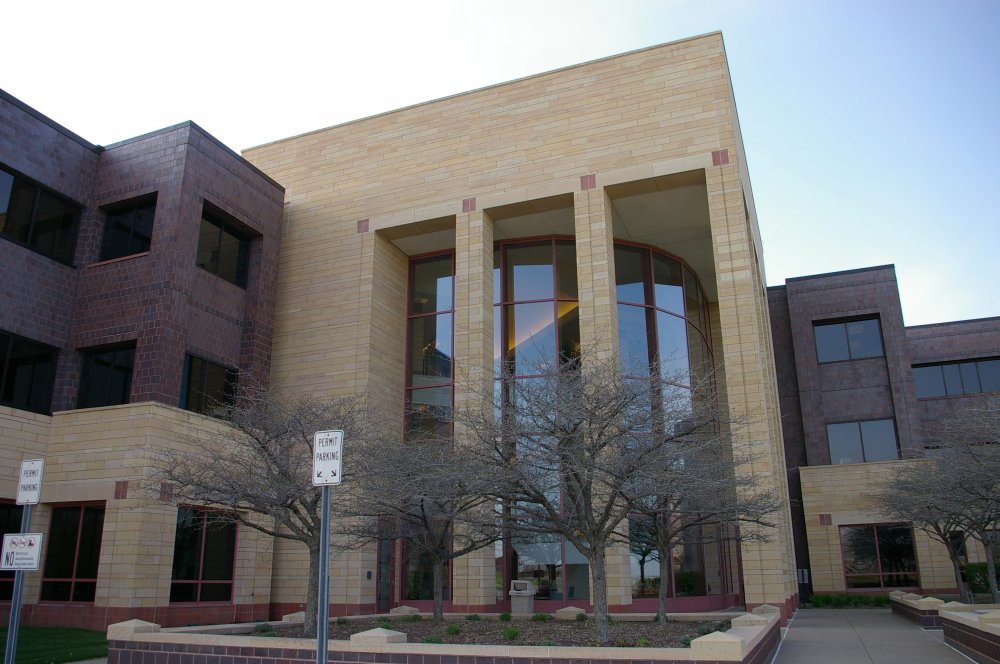 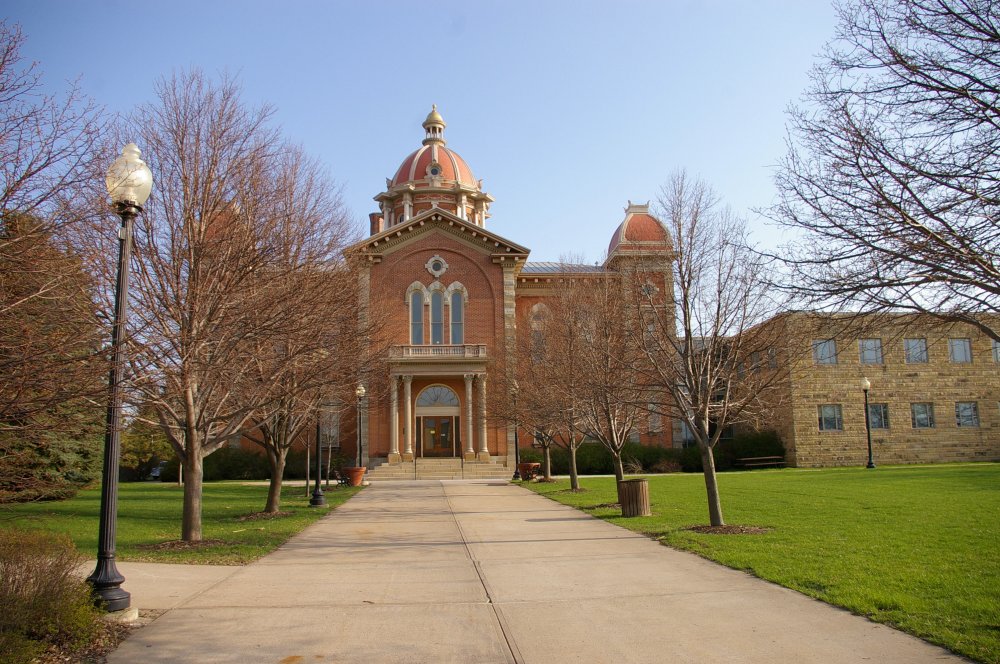