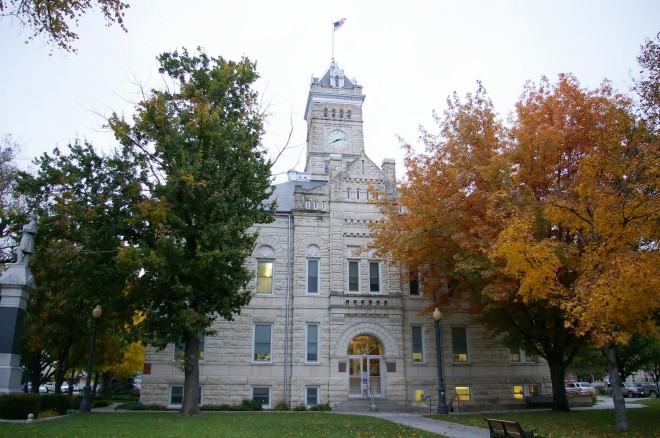 Description: The building faces west and is a three story Manhattan tough hewn stone and concrete structure. The rectangular shaped building is located on the landscaped grounds of the Courthouse Square in the center of Clay Center. The west front of the building has a large stone arch on the first story with recessed entrance. Above the entrance, the wall rises to a peak at the roof line. On the center of the roof rises a high square stone 65 foot clock tower with parapets and steep roof. In the interior, the County District Court courtroom is located on the east side of the second story. The building houses the County District Court of the 21st Judicial District.

Note:  The cost of construction of the courthouse was $33,770. A H Andrews Company of Chicago, Illinois was awarded the contract for furnishing the offices for $3,448.

History:  The county was created in 1857 and Clay Center was selected as the county seat in 1866. The county was attached to Riley County for judicial purposes. The first meeting of the commissioners was held  in a one room schoolhouse in Clay Center in 1866. The first courthouse was erected by John Dexter and Brothers on the northwest corner of Courthouse Square in the center of Clay Center in 1868. County offices were housed in commercial buildings. The second and present courthouse was constructed in 1900 to 1901 at a cost of $40,000. 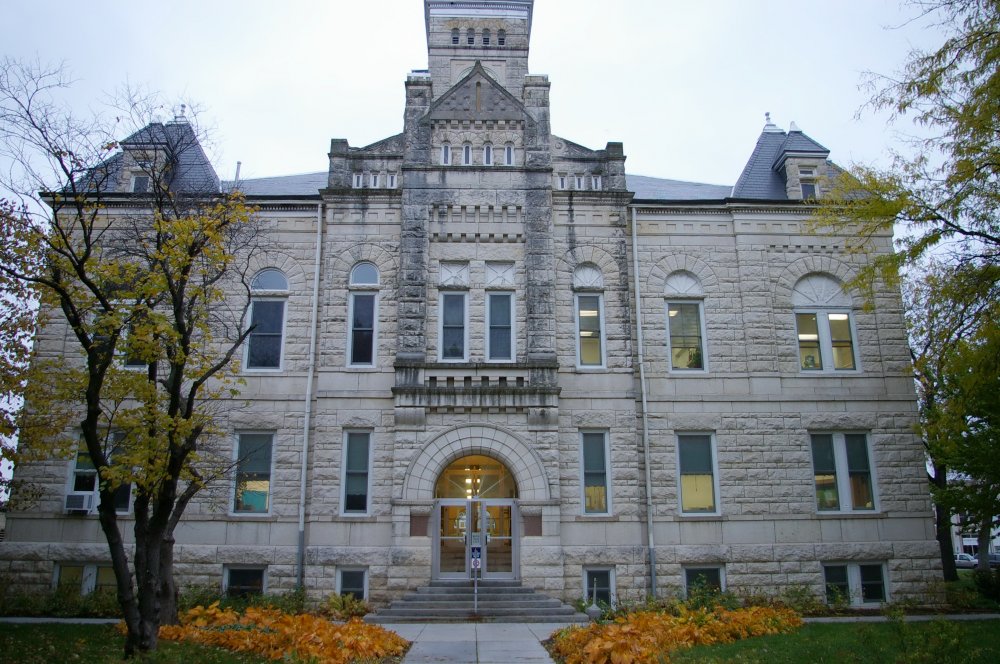 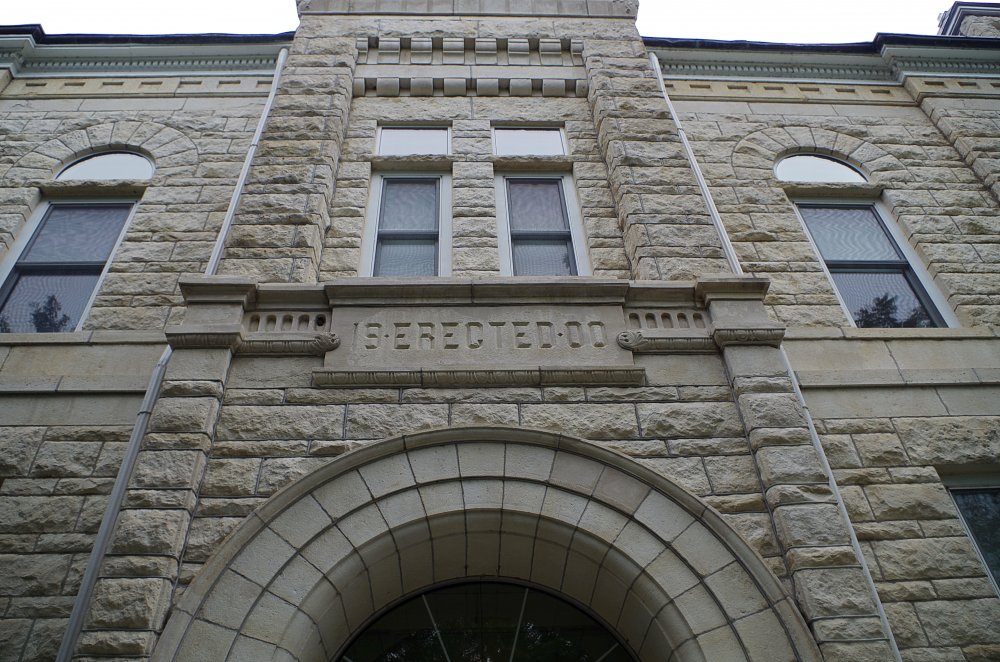 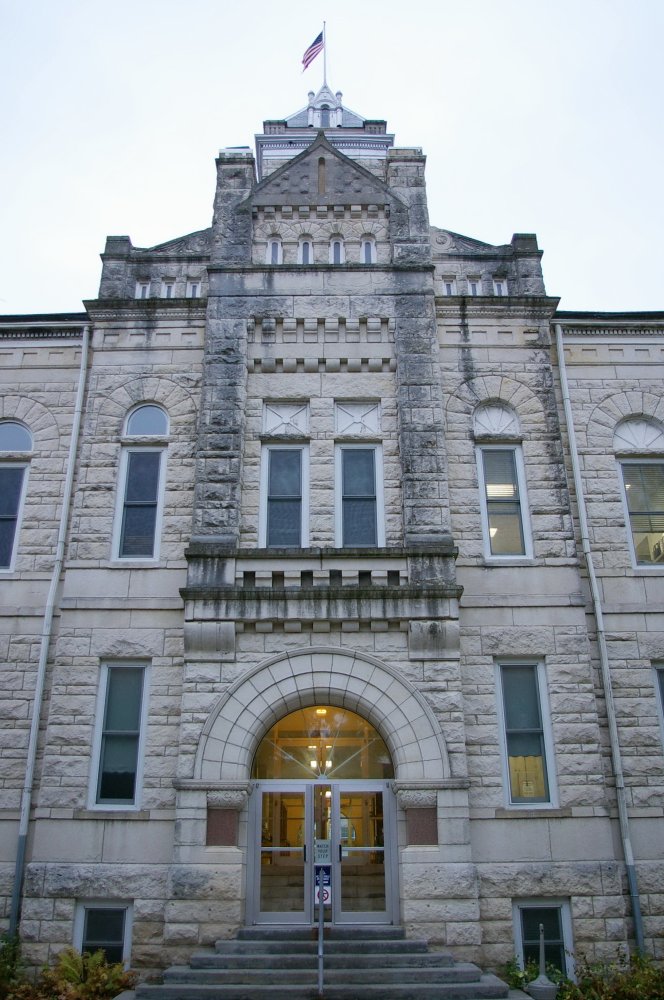 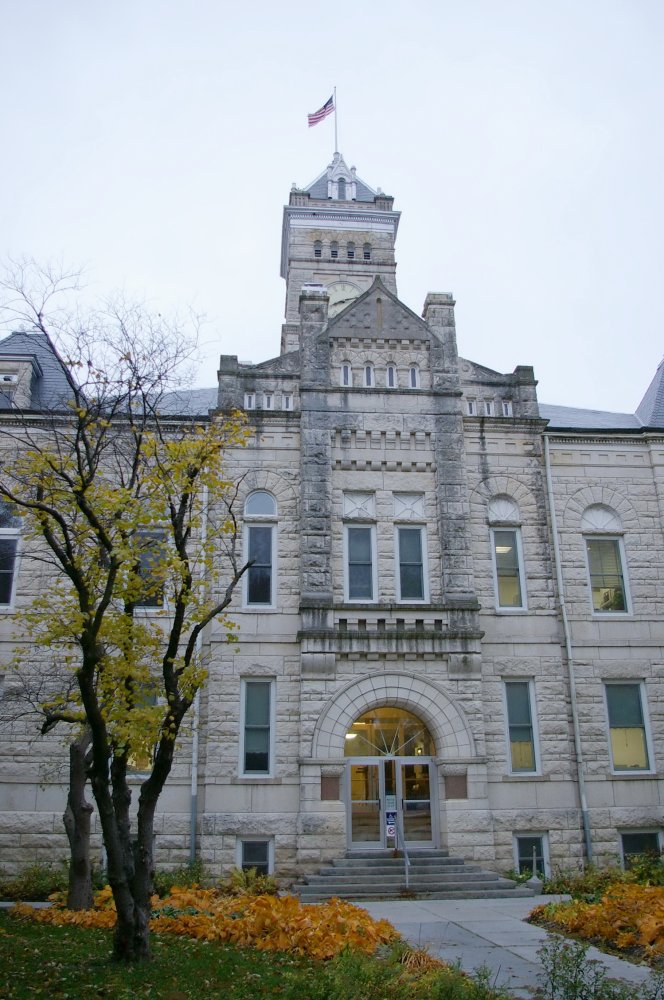 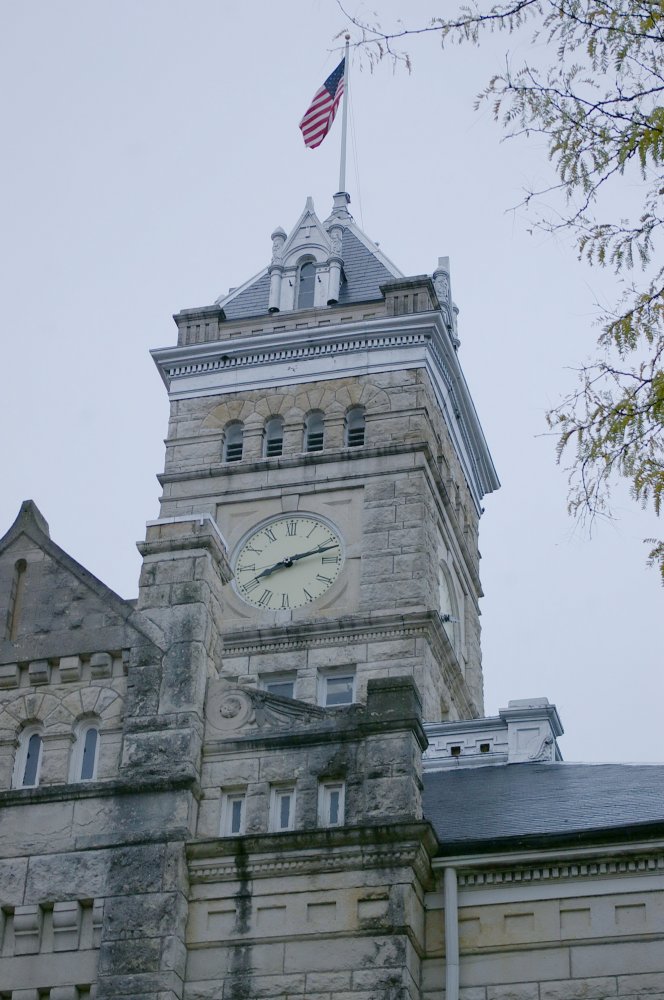 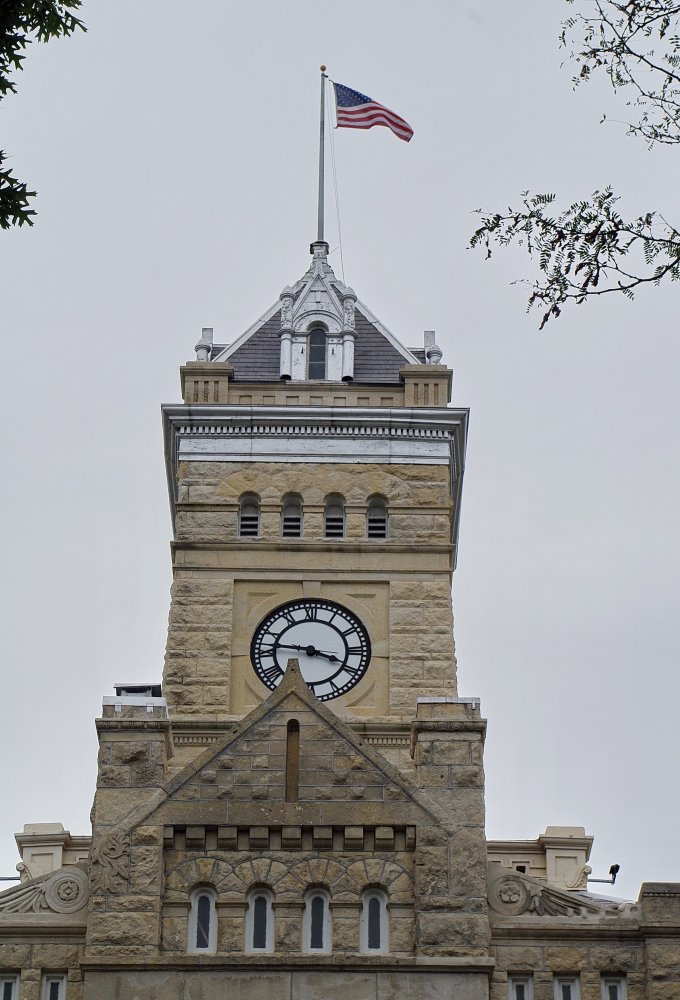 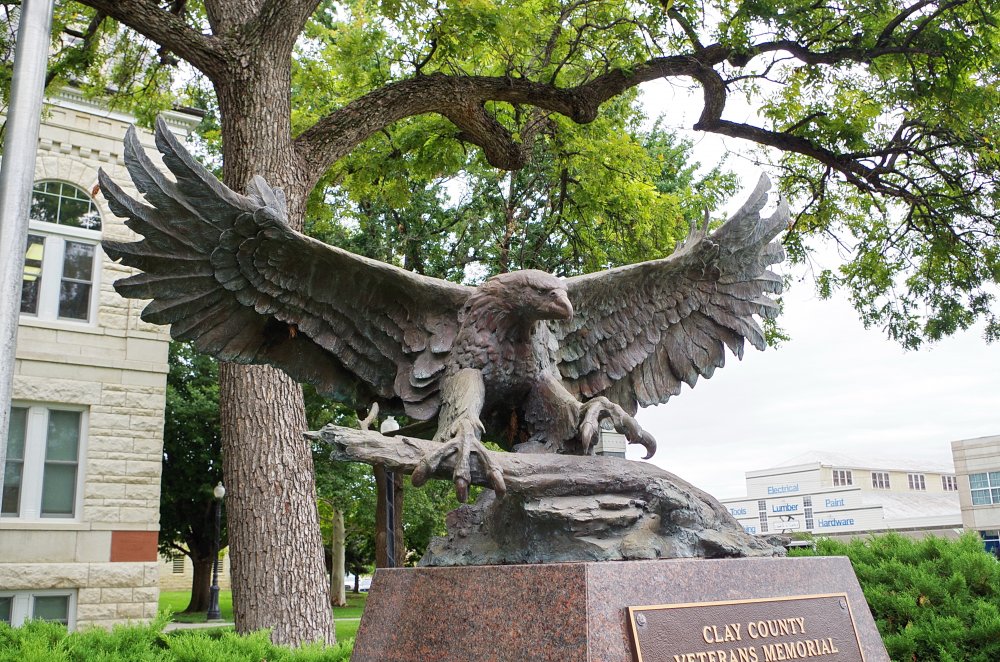 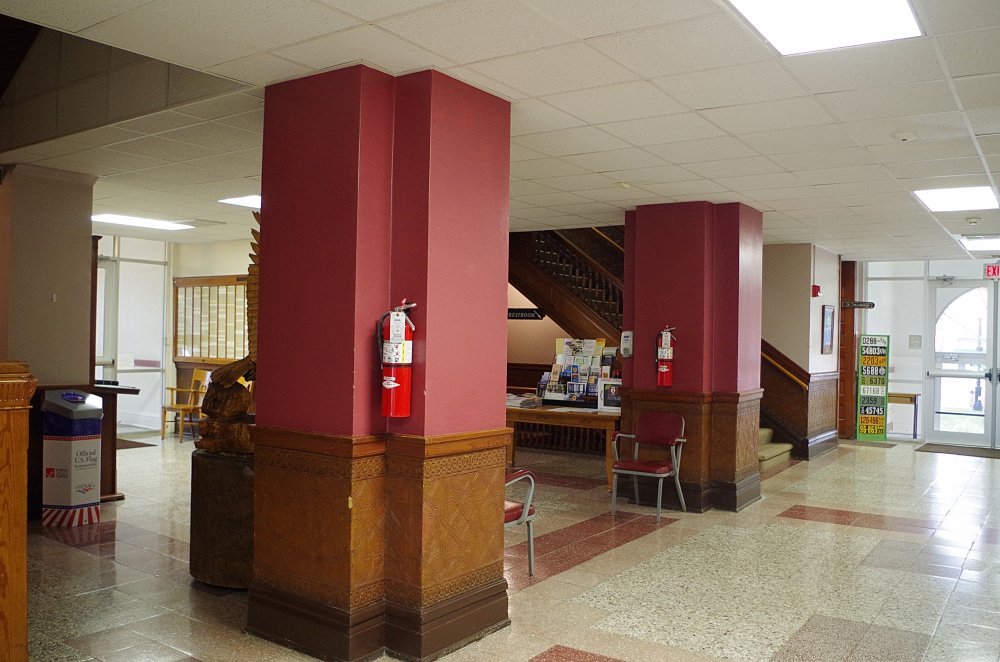 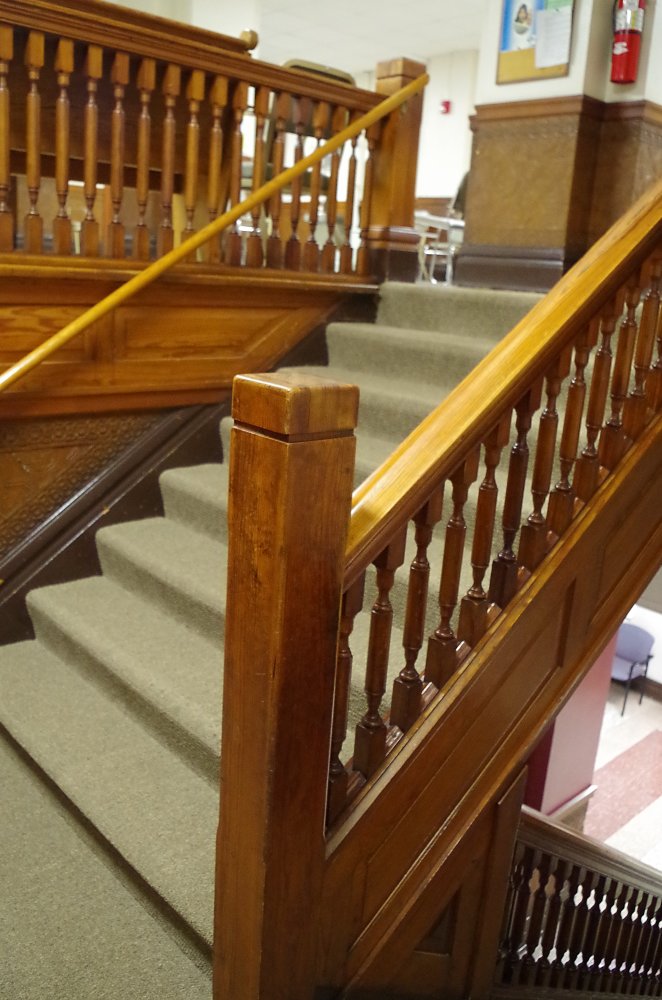 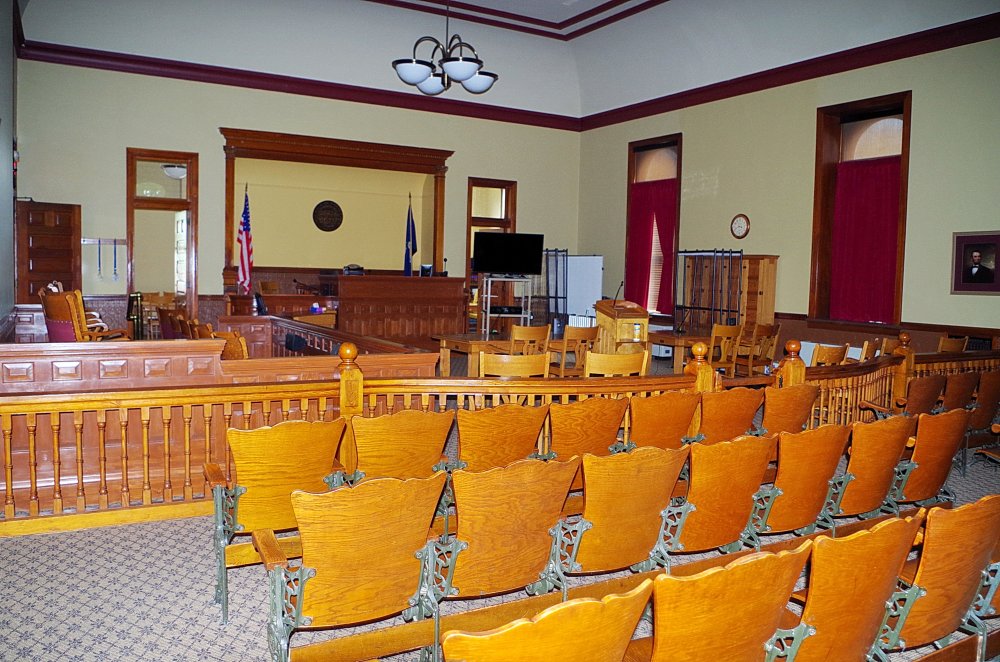 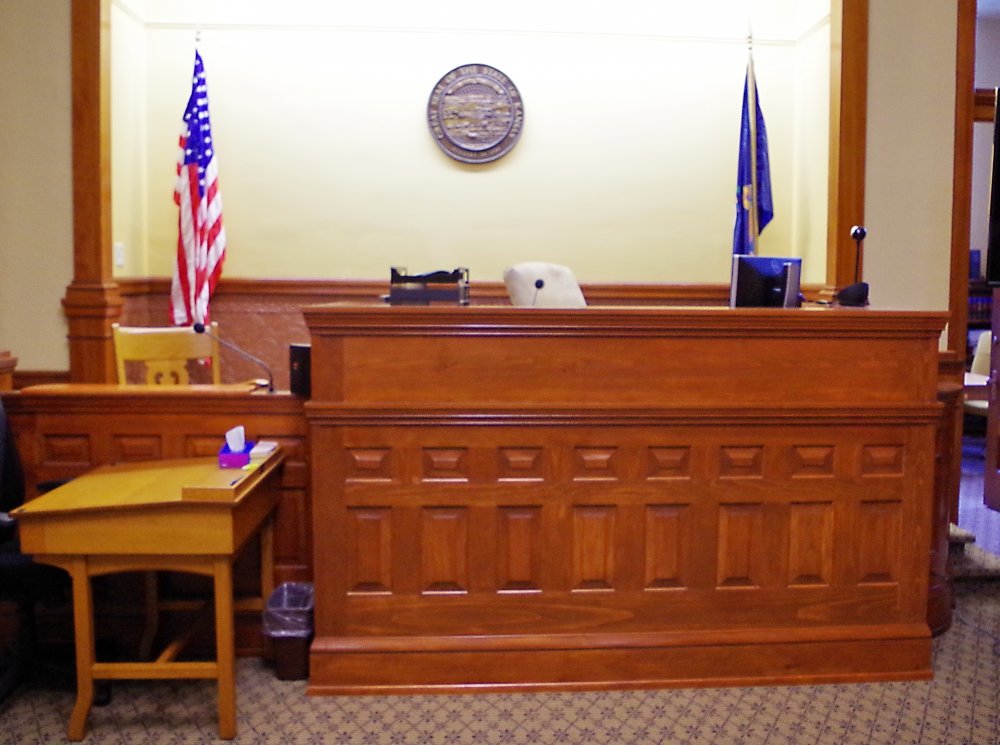 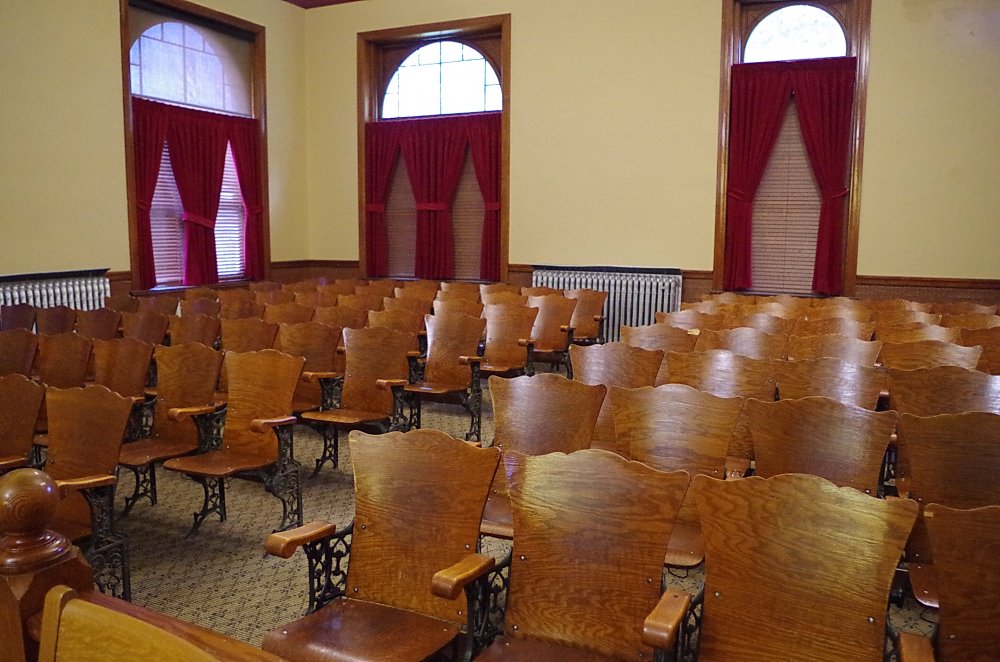 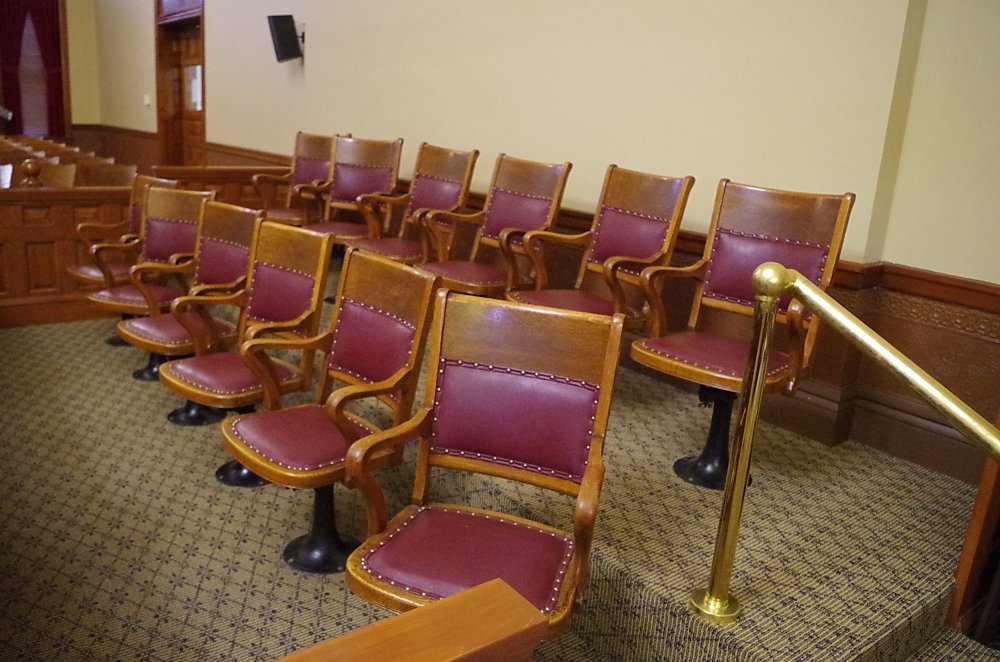 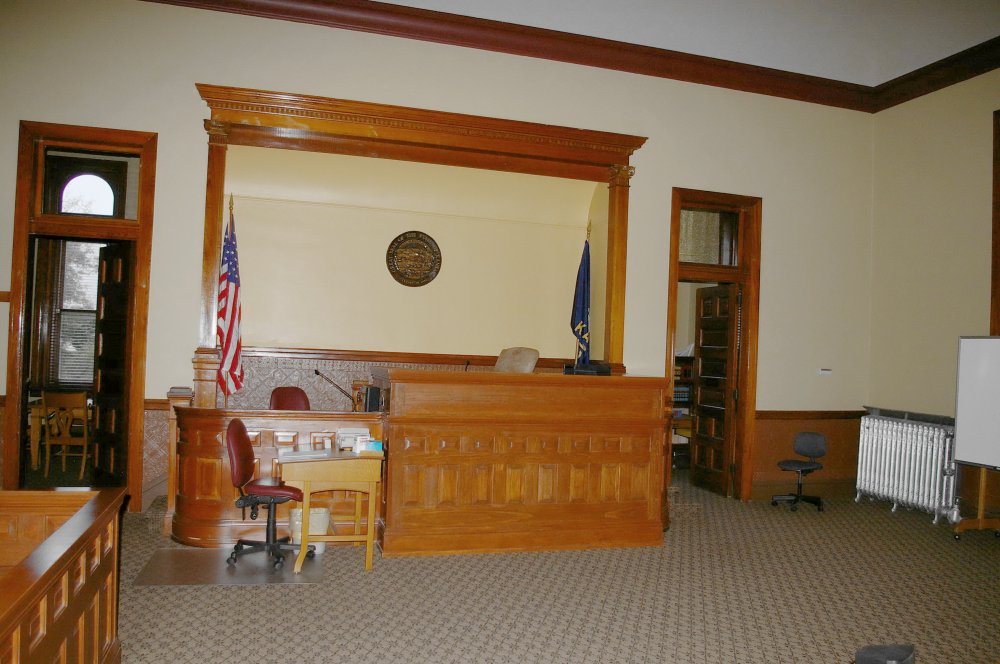 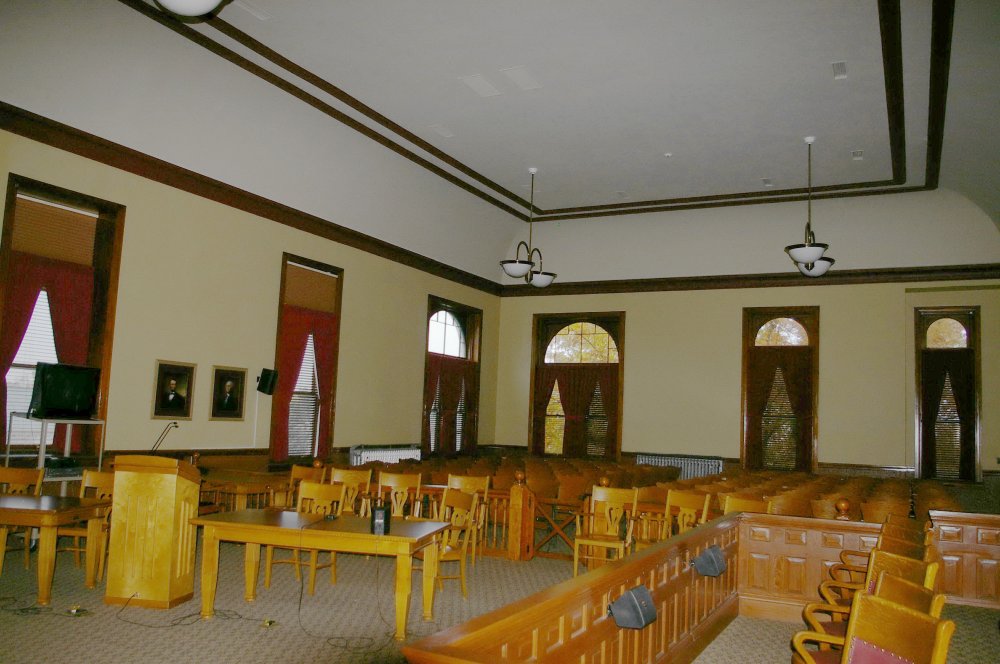 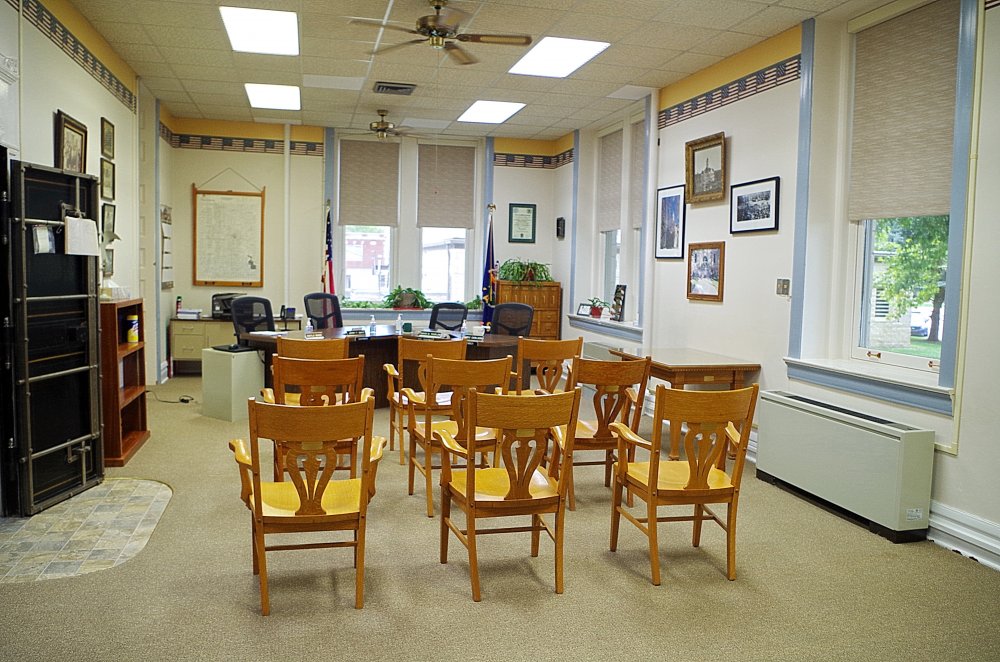 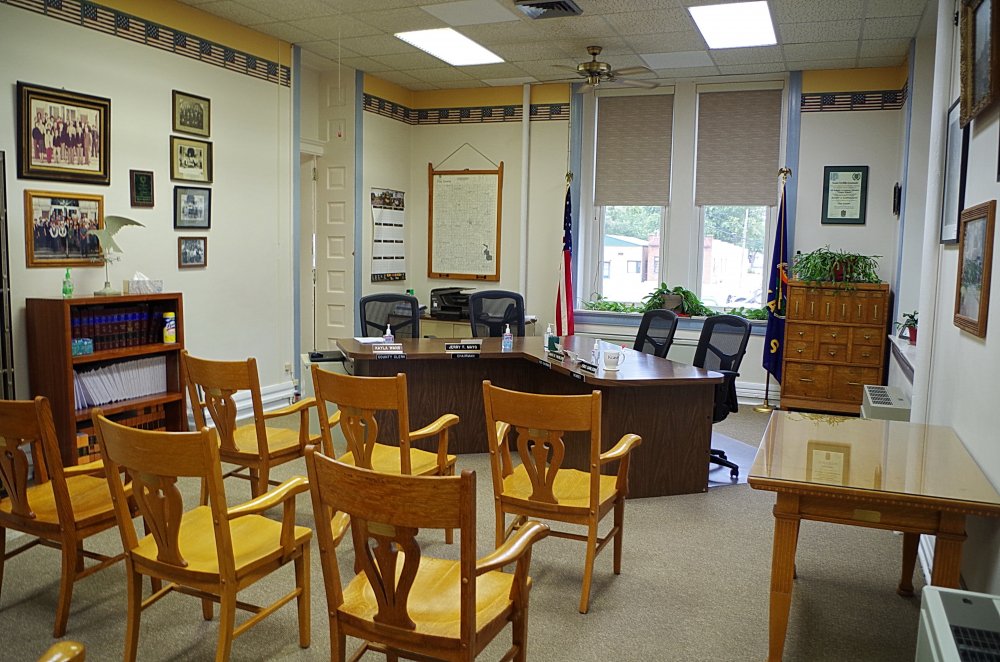 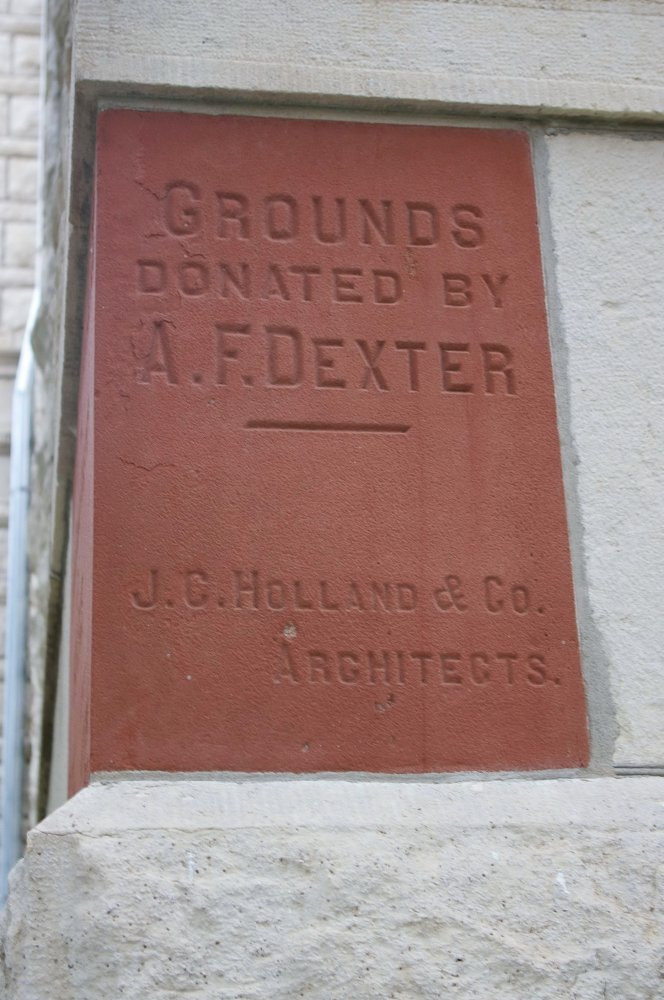 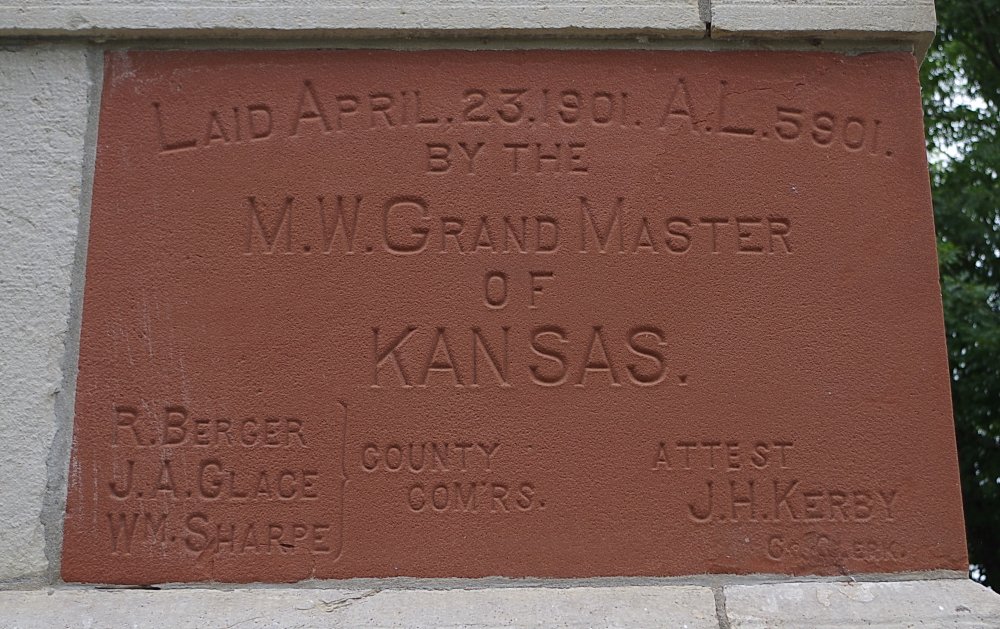