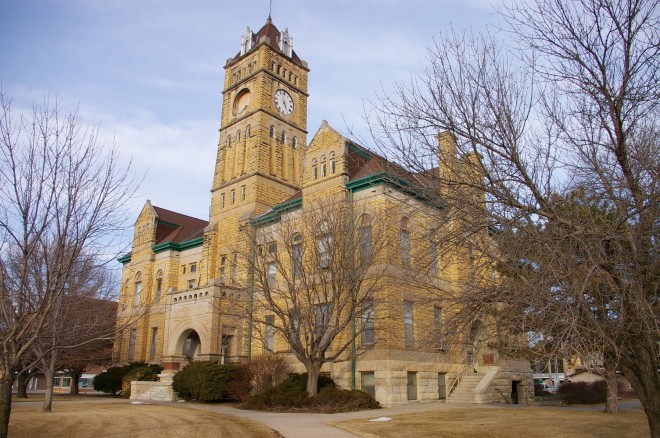 Mitchell County is named for William D Mitch, who was a Captain of the Second Kentucky Cavalry and who was kiilled March 10, 1865 at Monroe’s Cross Road in North Carolina. 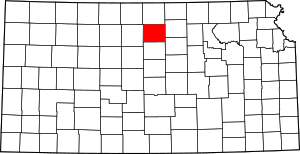 Description: The building faces west and is a three story dark yellow colored post rock limestone and concrete structure. The building is located on spacious landscaped grounds in the center of Beloit. The building has a raised basement. The building is trimmed with Warrensburg limestone and rests on a white colored Cottonwood Falls limestone foundation. The west front has an arched portico on the first story with Syrian archway. Behind the portico is a high six story square stone tower with steep roof and with a four-faced clock and a 1500 pound bell installed in 1904. On the north and south sides there are projecting sections which rise to peaked dormers at the roof line. In the interior are 25 rooms on three floors with original stone floor tiles, decorative metal ceilings and embossed wall coverings. The original ornate fireplaces are in several offices. The third story is open space under the roof with door to the clock tower. The County District Court courtroom is located along the east side of the second story. The building houses the County District Court of the 12th Judicial District. During construction, A B Brookfield was the superintendent. 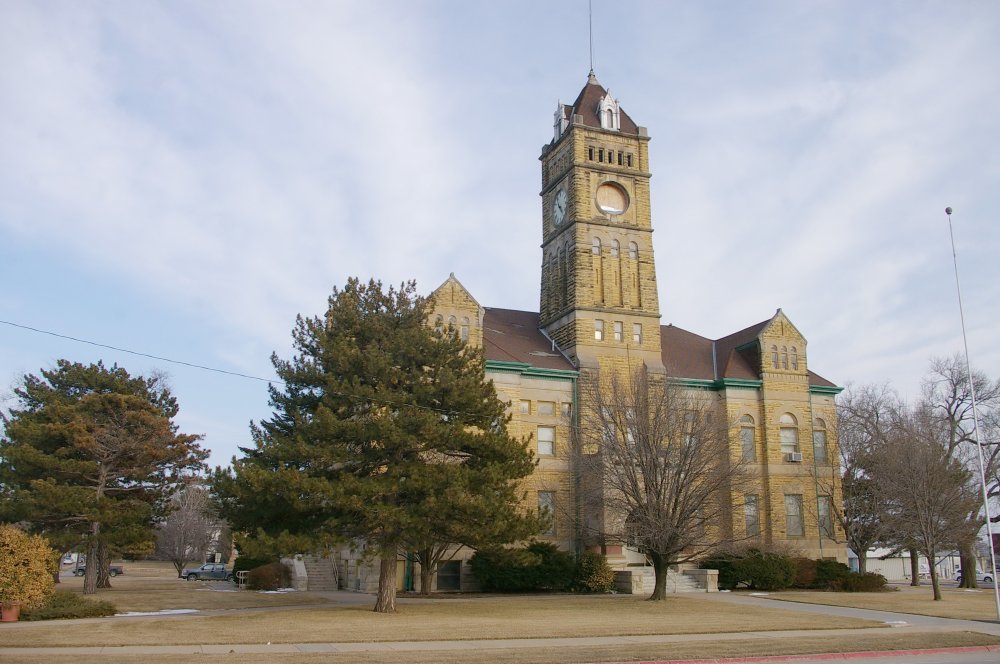 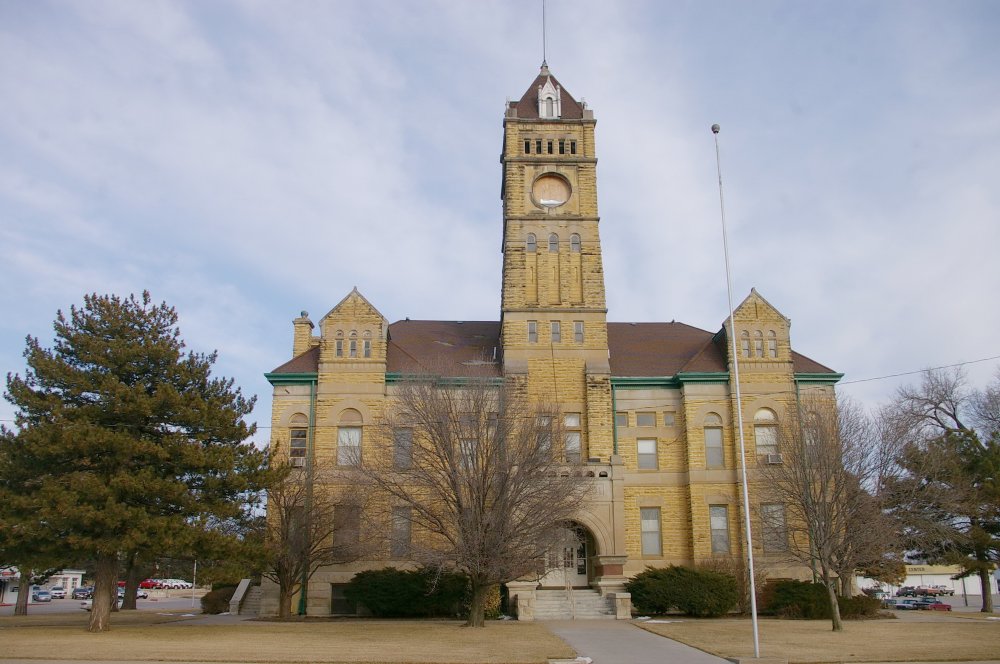 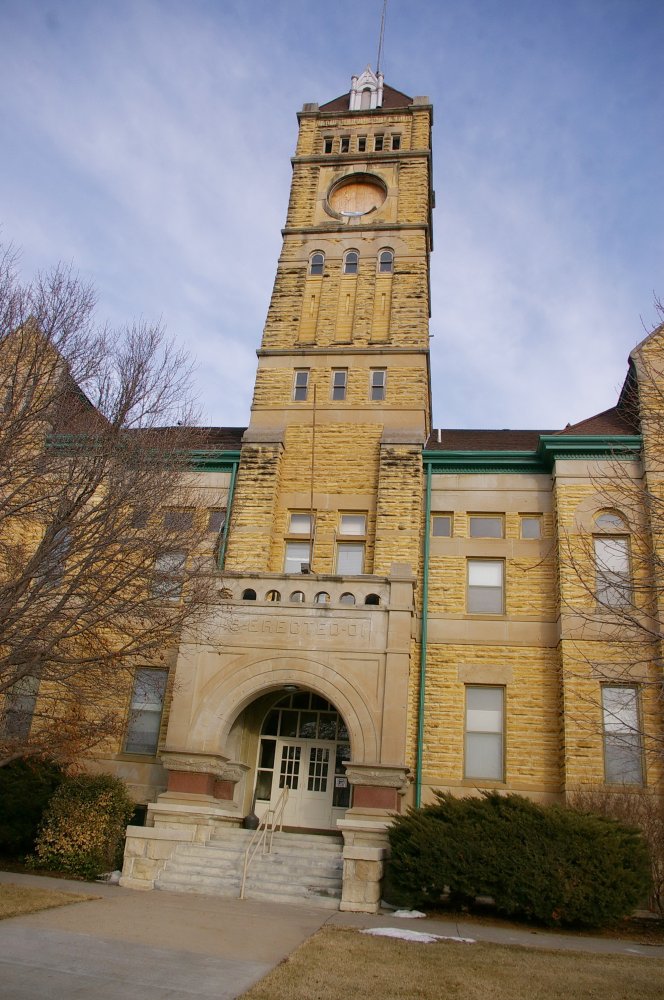 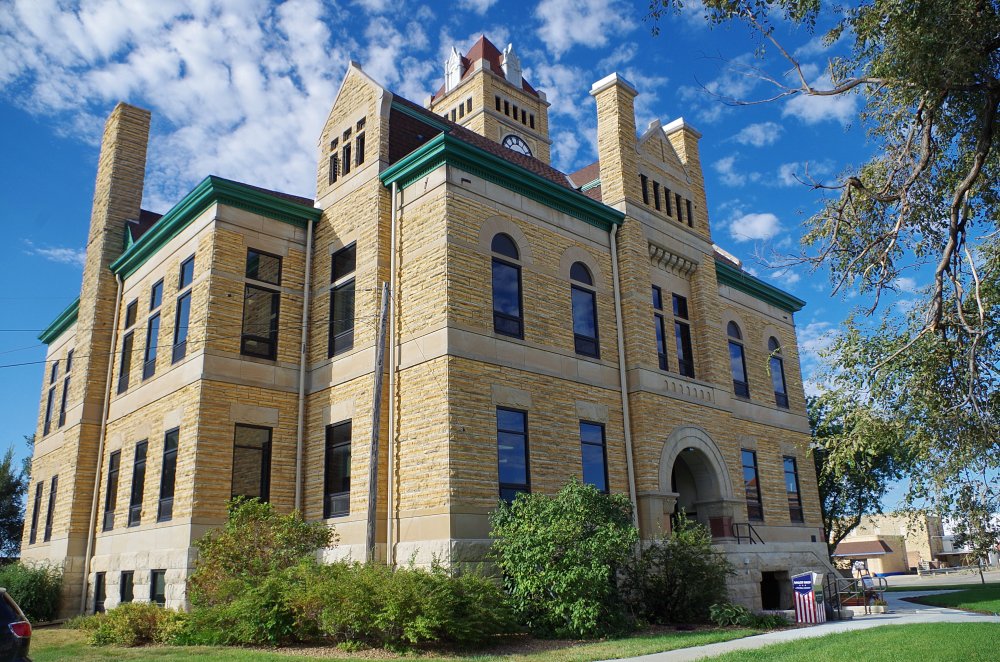 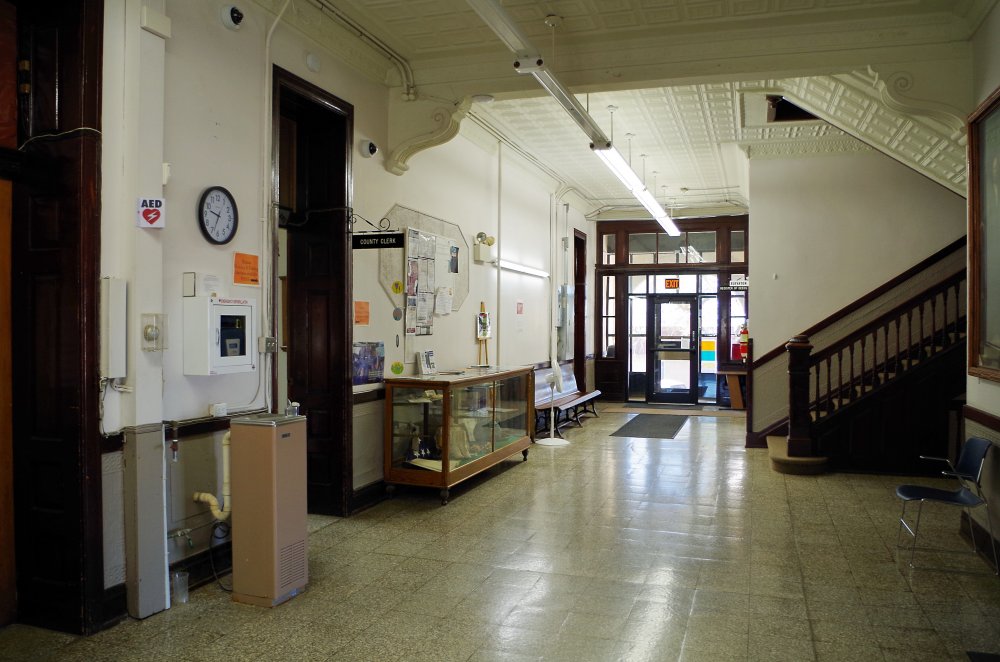