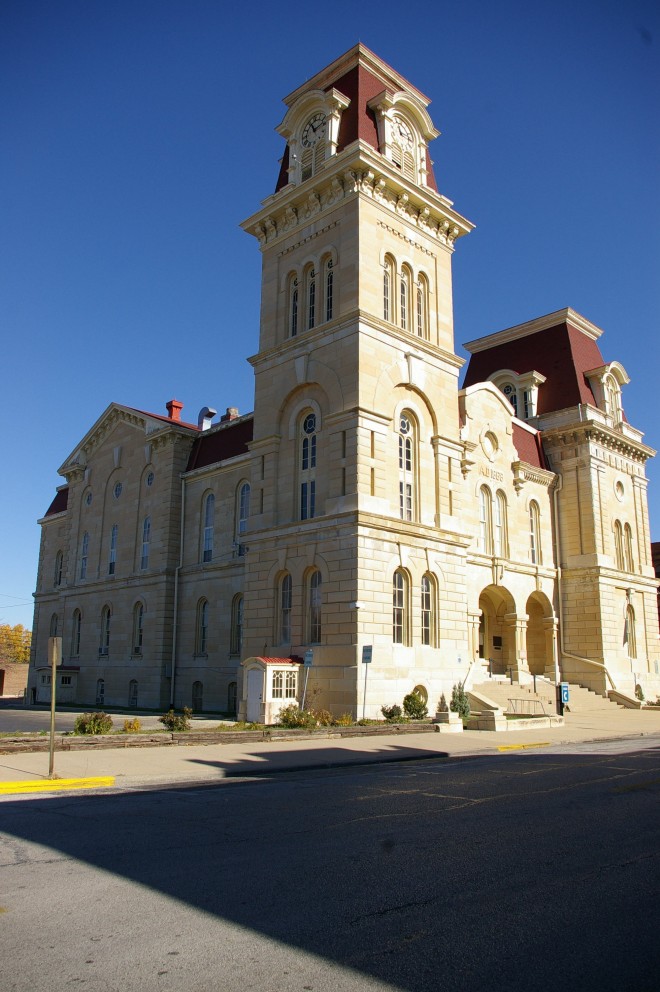 Morgan County is named for Daniel Morgan, who was a general who earned distinction during the American Revolution at Quebec and Saratoga.

Description: The building faces south and is a two story rough buff limestone structure. The building is located in the center of Jacksonville. The south front has wide steps leading up to three arched entrances with recessed doorway in the centre. Above the arches is a double window on the second story with single arched windows on either side. Above that is the date 1868 with rounded roof. On the southeast and southwest corners are two large towers, with the southwest tower rising three stories to a steep mansard red colored roof. The building is constructed of limestone with every third tier running through the entire wall. The exterior rusticated stone blocks came from the quarries of Joliet. In the interior has a central hall which divided the first story. The grand staircase on the east side leads up to the courtroom on the second story. The courtroom ceiling is a patterned pressed tin with a central rosette. The building was restored in 2009. The architect was White & Borgognoni of St. Louis, Missouri and the contractor was Evans-Mason Inc. of Springfield.

See:  The architect, Gurdon Paine Randall of Chicago also designed the courthouses in Montgomery County; and in Georgia in Bibb County; in Indiana in Benton County and Marshall County, and in Michigan in Menominee County. 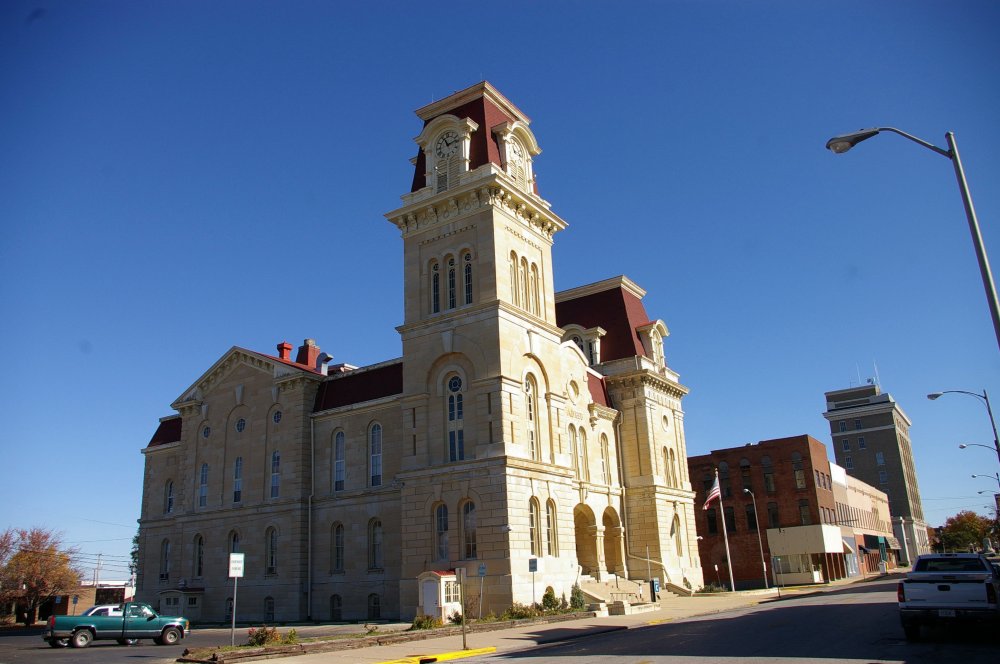 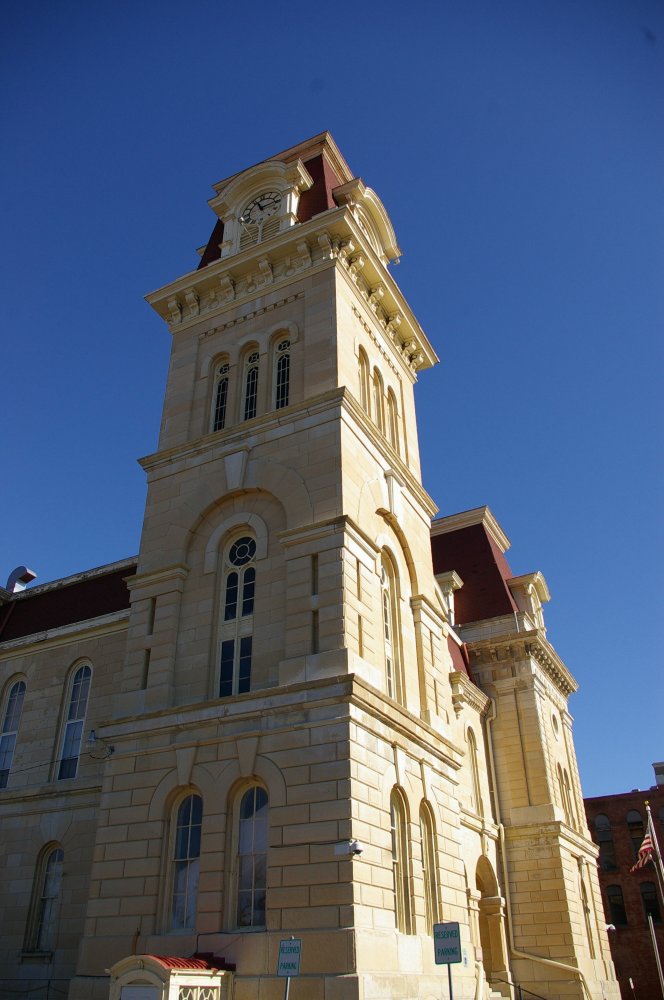 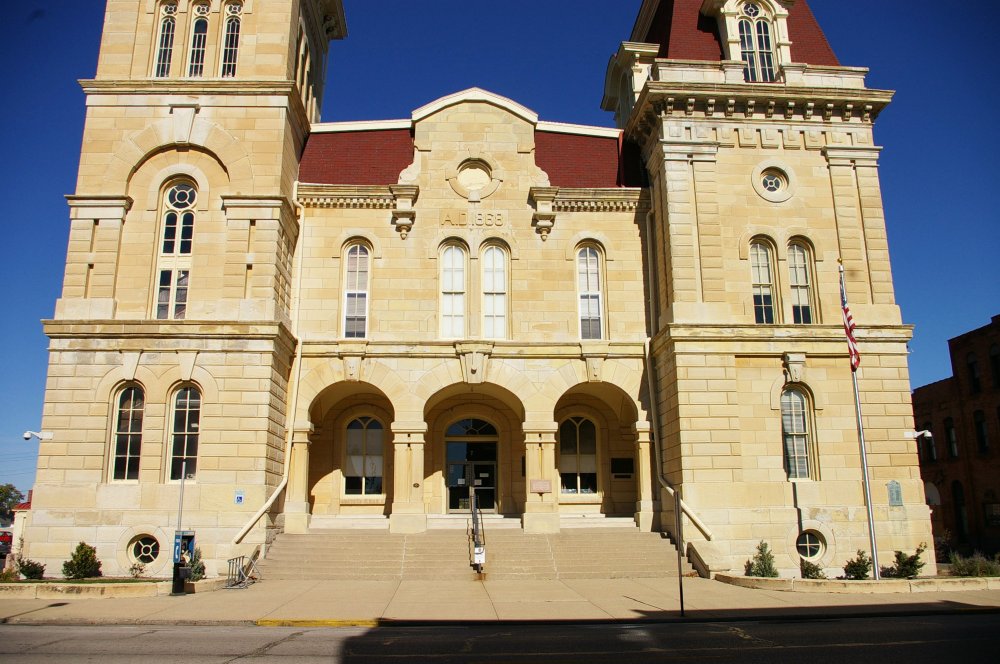 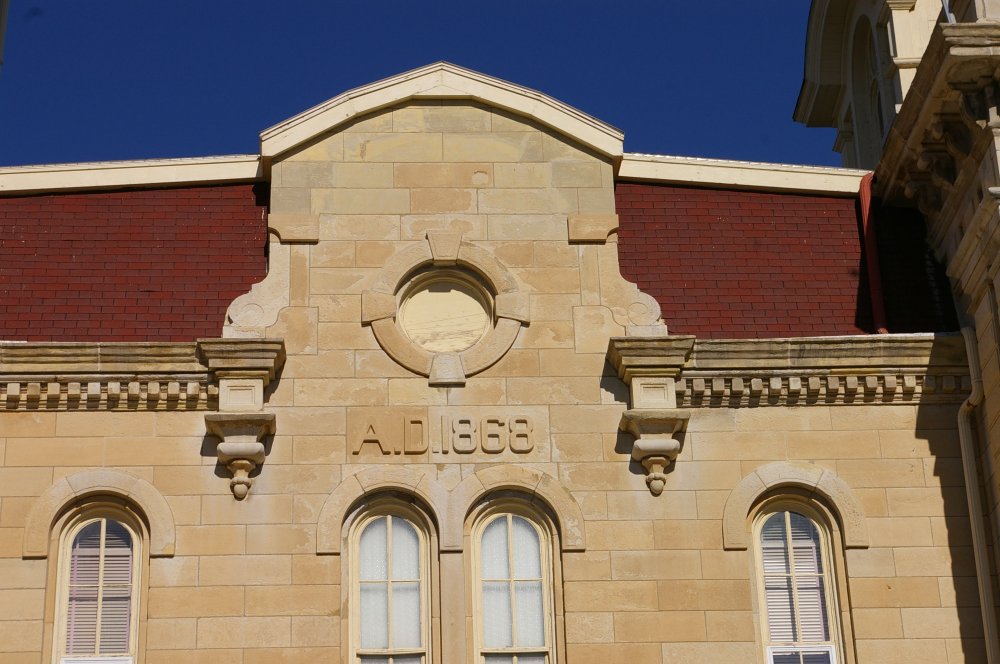