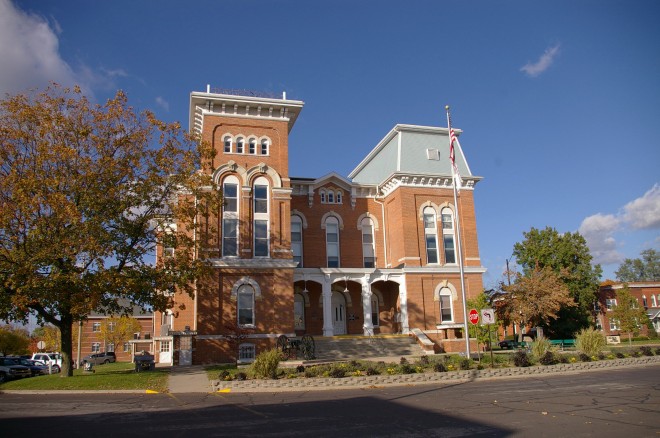 Montgomery County is named for is named for Richard Montgomery, who was a United States general killed in the American Revolutionary War.

Description: The building faces south and is a three story red colored brick structure. The building is located on the landscaped grounds of the Courthouse Square in the center of Hillsboro. On the south front are a square brick tower on the southwest corner, a square tower with mansard roof on the southeast corner, and recessed center section with limestone arches on the first story. The arched windows have limestone sills. On the north side are two small square brick towers that rise four stories and have small mansard roofs. The southeast tower has a winding staircase leading up to the courtroom on the second story. The interior has a north-south hallway on the first story. There is crown molding framing the doorways and the floors have black and white colored marble. The second story courtroom extends up into the third story. An addition was addedin 1912.

See:  The architect, Gurdon Paine Randall of Chicago also designed the courthouses in Morgan County; and in Georgia in Bibb County; in Indiana in Benton County and Marshall County, and in Michigan in Menominee County. 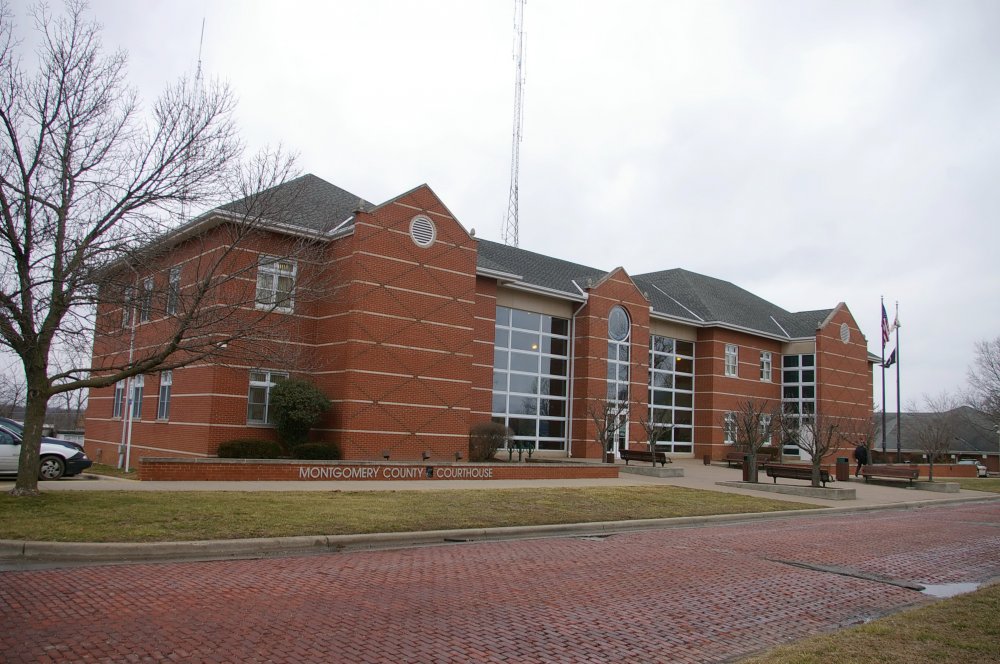 Description: The building faces east and is a two story red colored brick and concrete structure. The building is located on landscaped grounds in the center of Hillsboro to the north of the courthouse. There are glass panel walls on either side of the central entrance on the east side. The projecting sections on the east front rise to peaks at the roof line. Narrow horizontal concrete bands cross the exterior. The roof is hipped. The architect was Design Architects Inc. of Hillsboro and the contractor was Grunloh Construction, Inc. 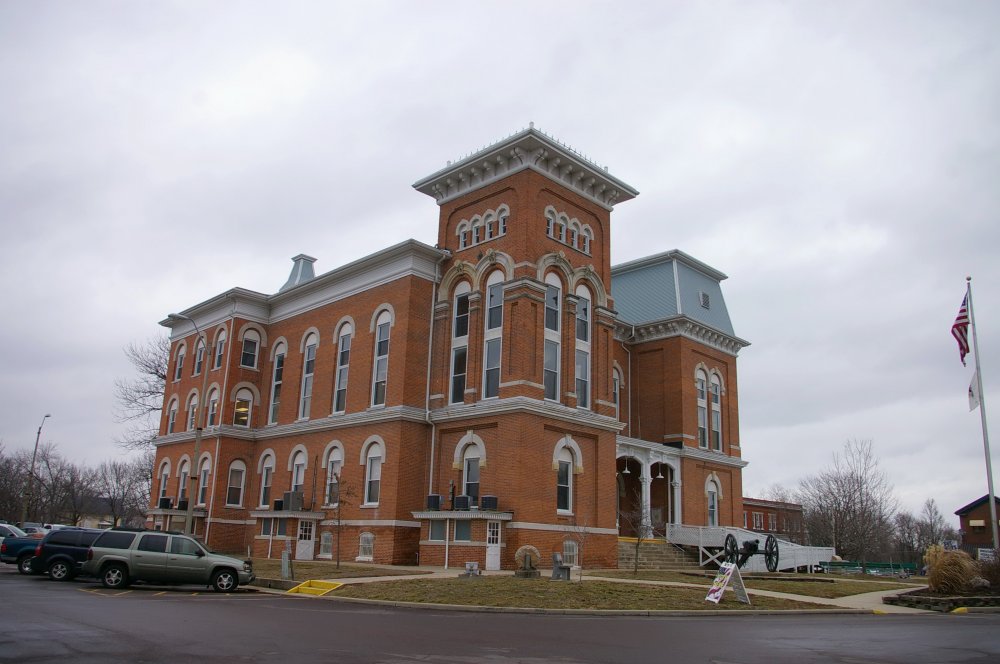 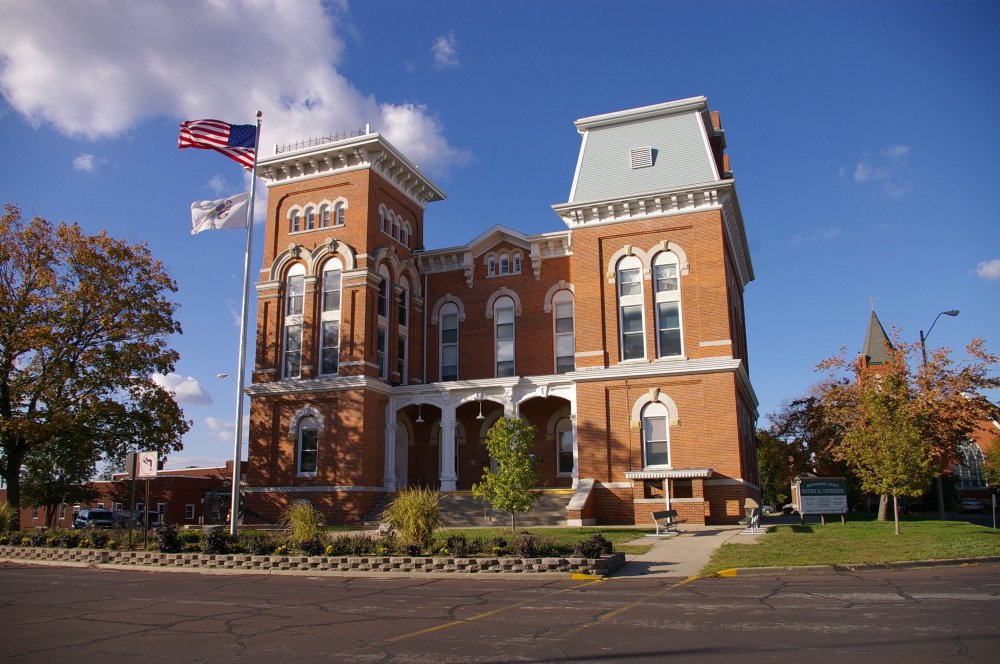 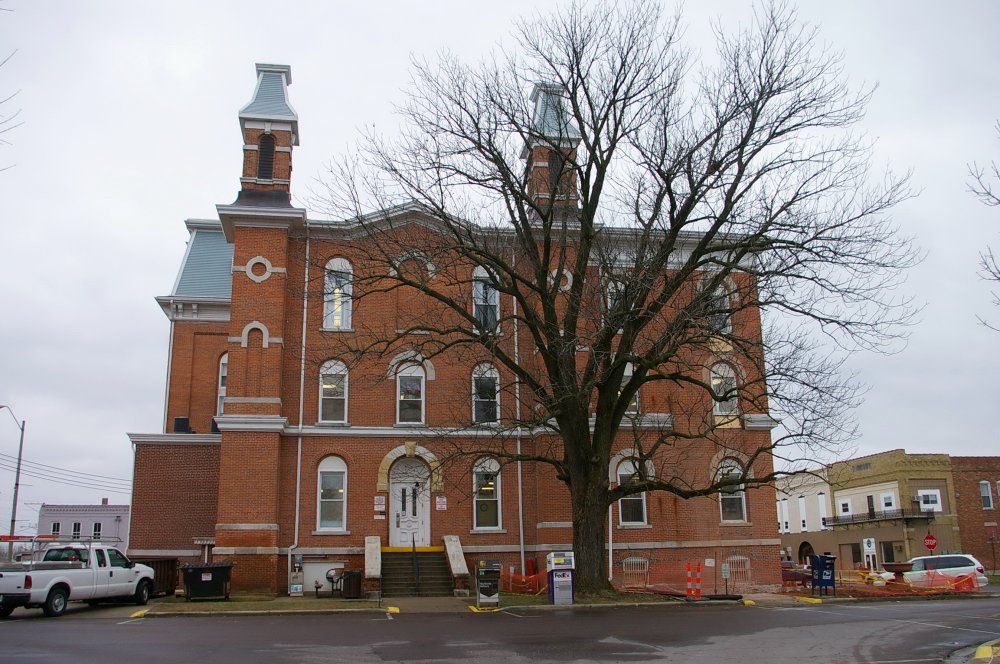 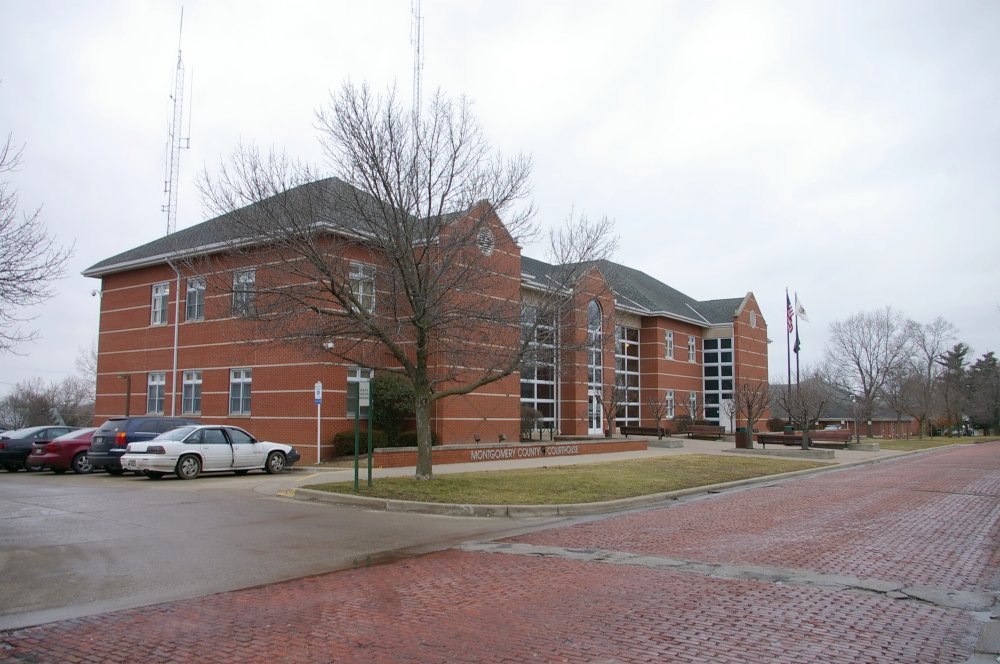