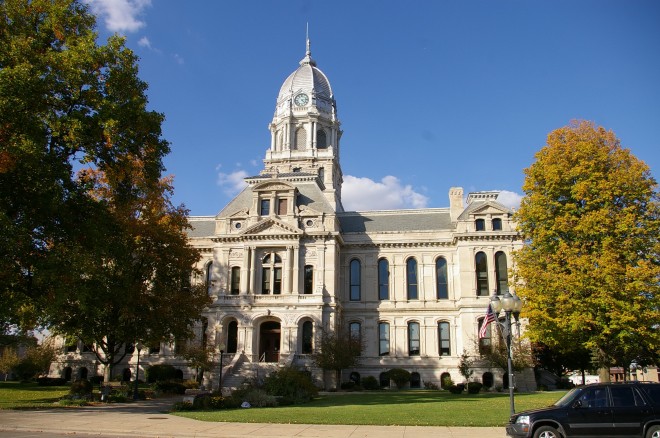 Kosciusko County is named for Tadeusz Kosciuszko, who was a Polish general and who served in the American Revolutionary War. 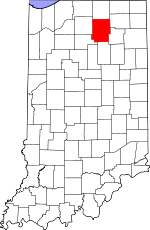 Description:  The building faces south and is a three story limestone structure. The rectangular shaped building is located on the landscaped grounds of the Courthouse Square in the center of Warsaw. The building has a raised basement of thick rusicated ashlar walls with deep round and segmental-arched window openings. The center of the south front projects from the main building and has an arched entrance on the first story. On the second story is a portico with arched window and pediment above. The ornate limestone façade is highly articulated with decorative scrolls, garlands and classical columns. Above is a mansard roof with large dormer windows. The east and west wings also extend forward. On the center of the roof rises an octagonal dome with silver colored roof and clock. In the interior features woodwork, fireplaces, marble tile floors and a grand courtroom. To the east is the Old County Jail and on the west side is the County Justice Building.

Note:  During construction of the courthouse, Joe Baker was the superintendent of construction. The tower was built by Joseph Marshall and all of the interior work was done by G Hahne. 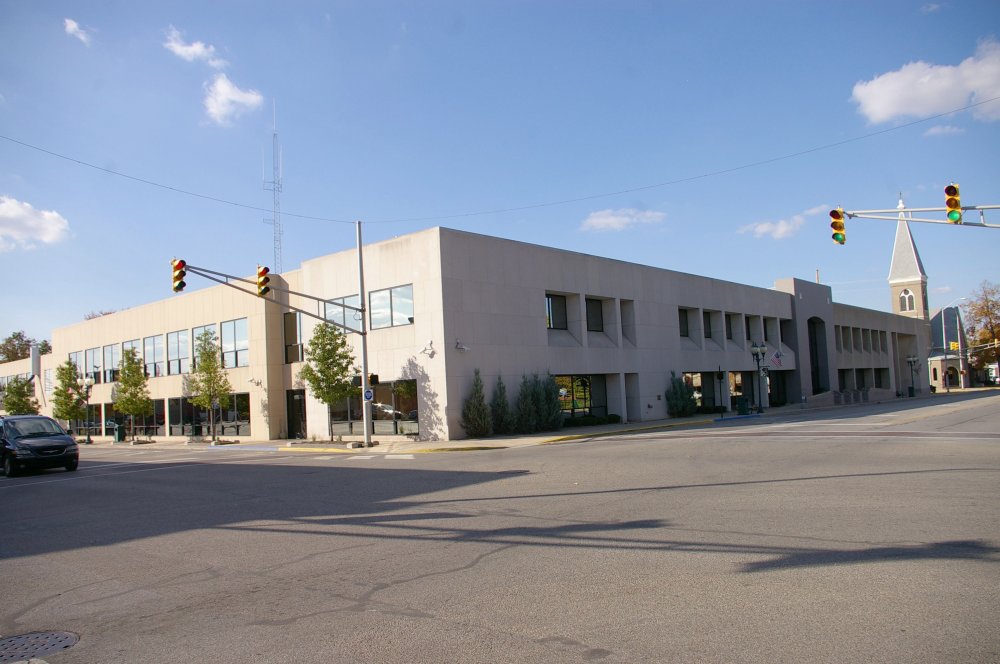 Description:  The building faces east and is a two story concrete structure. The building is located in the center of Warsaw on the west side of the courthouse. The east front has a high framed central entrance. The windows on the east side are recessed and the roof line is flat. The building houses the County Circuit Court and the County Superior Court of the 5th Judicial District. 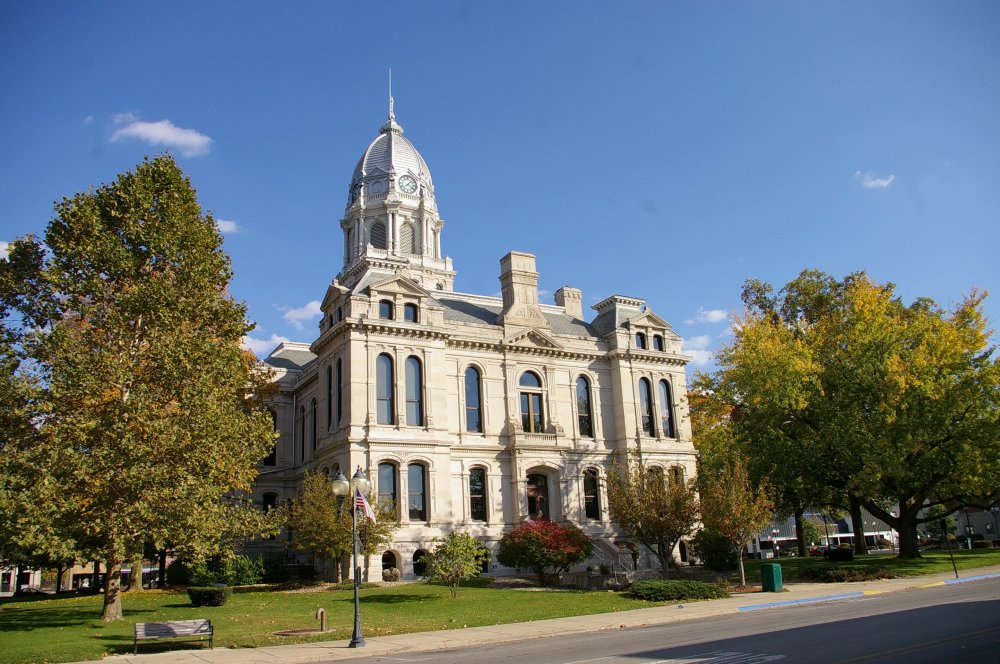 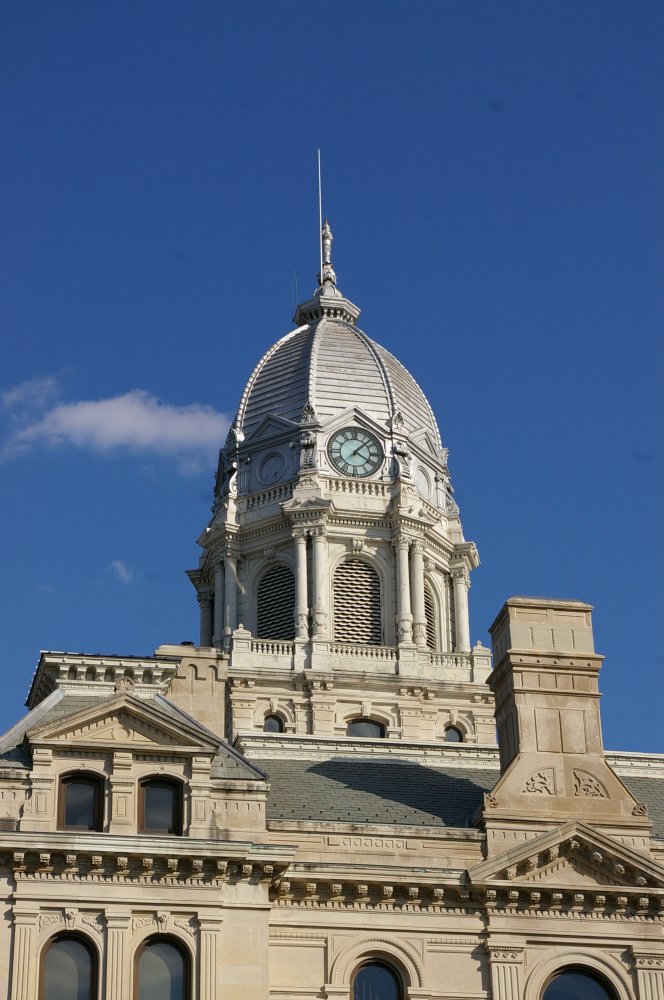 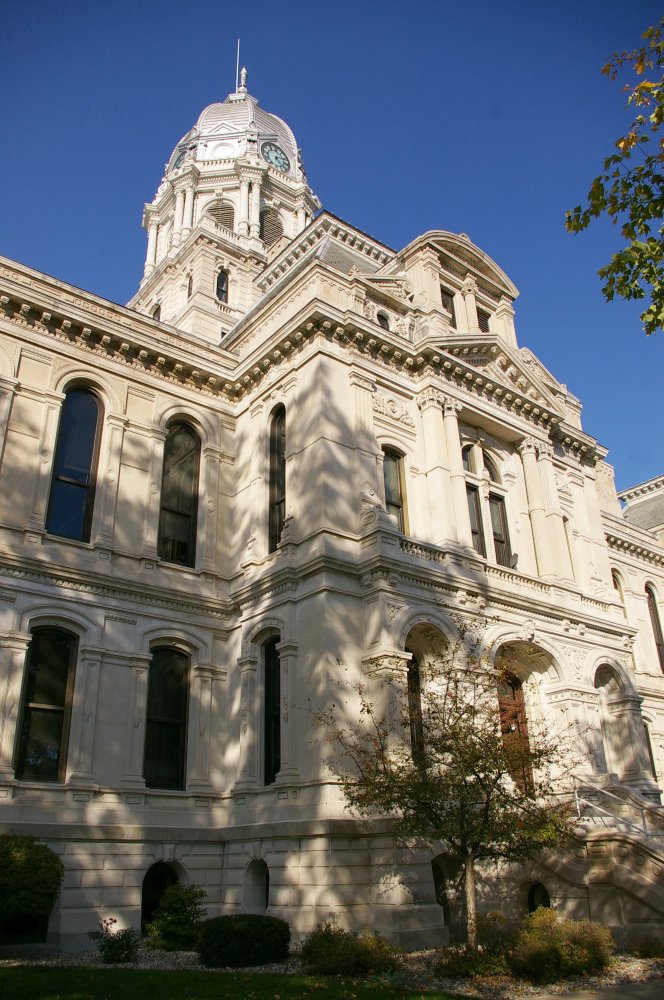 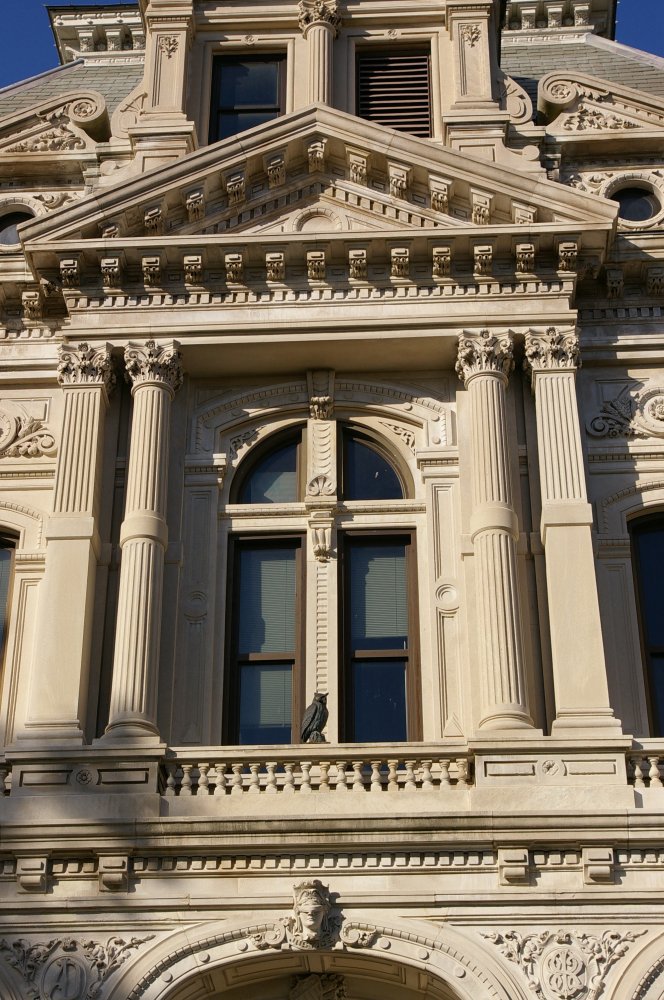 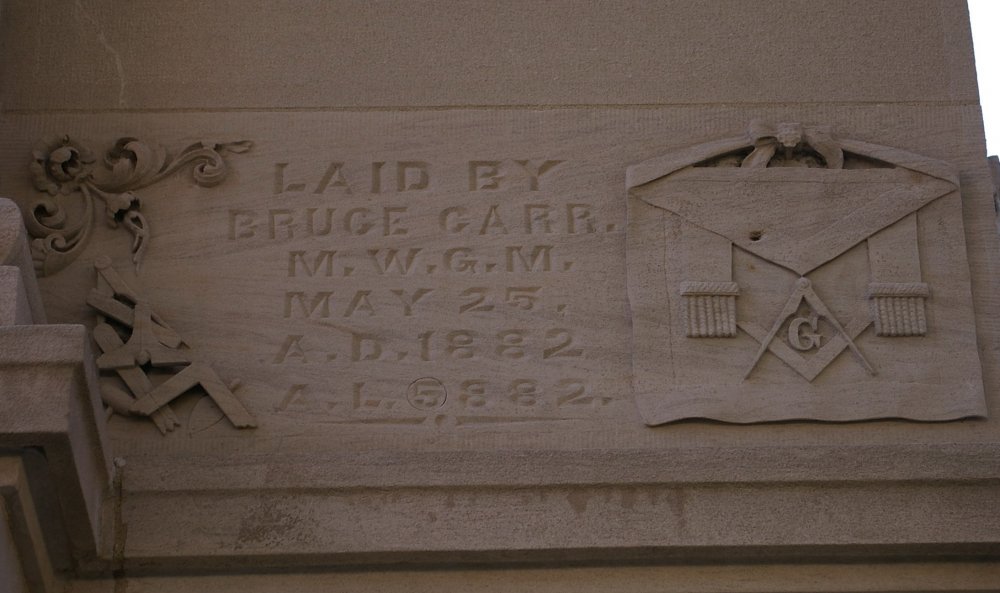 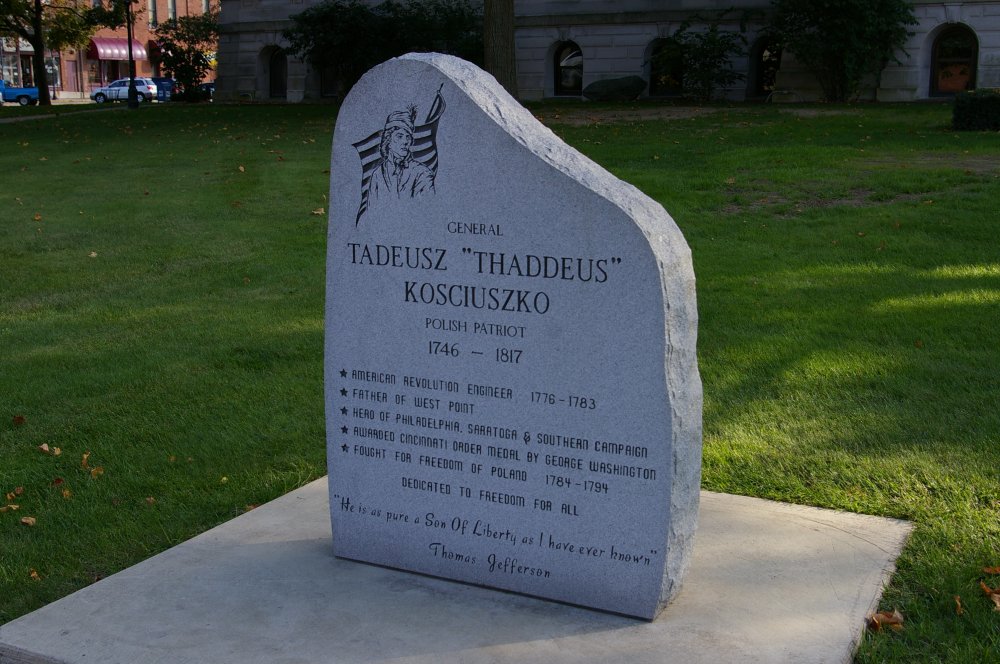 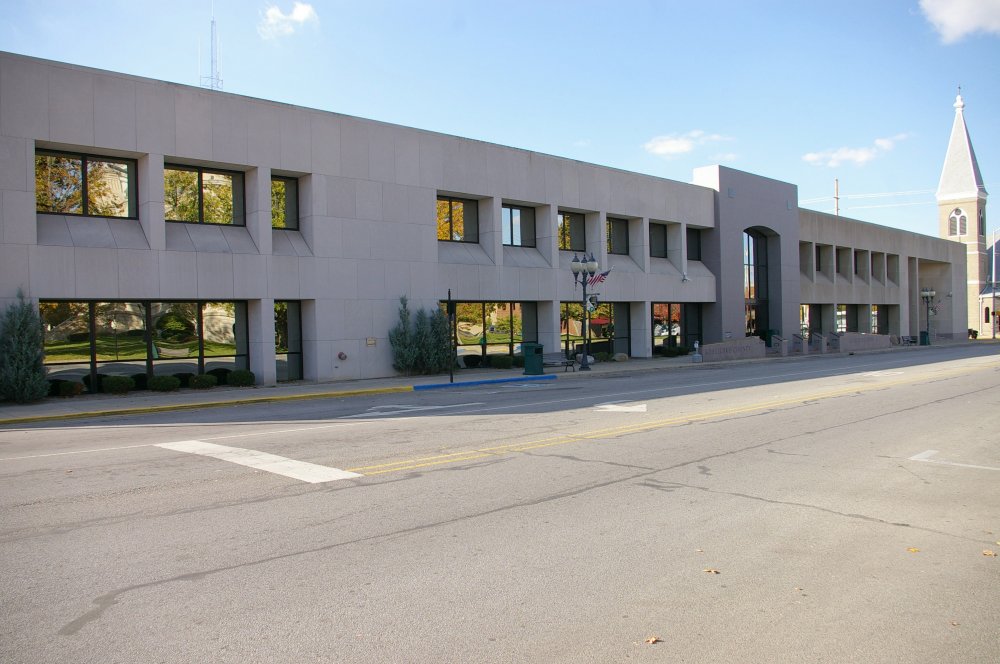