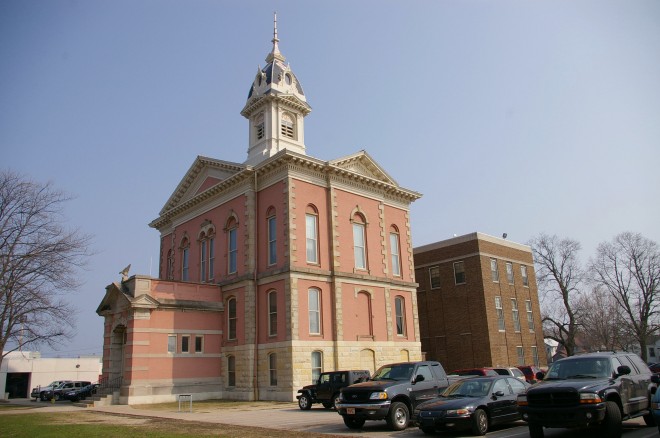 Menominee County is named for the American Indian word meaning “wild rice eater” and is the name of the Menominee Native Americans.

Description:  The building faces north and is a three story pink-red colored brick and stone structure. On the north front is a covered brick portico rising to the bottom of the second story. The base of the building is course white colored stone. The windows are narrow and vertical. There are four roof pediments and a projecting cornice at the roof line. On the center of the roof is a square cupola with black colored roof tapering to a spire. An addition was added in 1909 and a further addition was constructed on the south side in 1938. The courthouse was renovated in 1984. 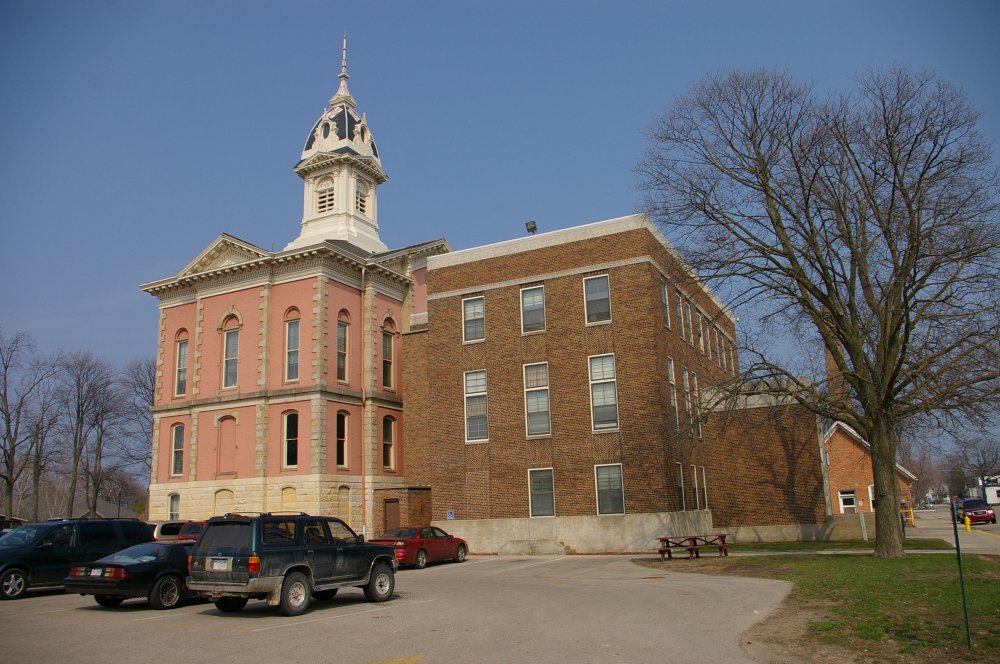 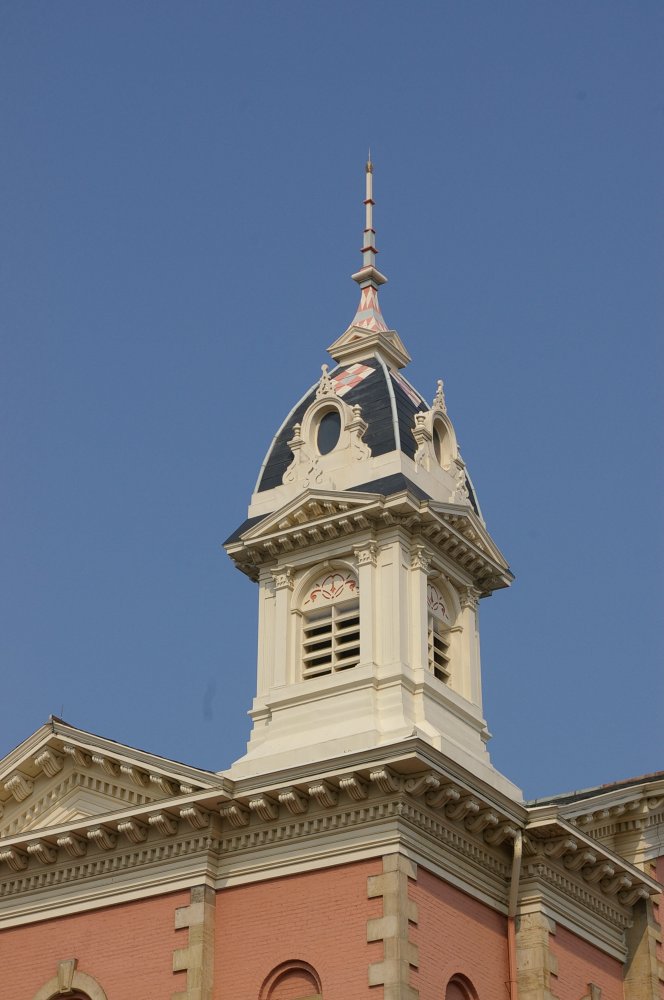 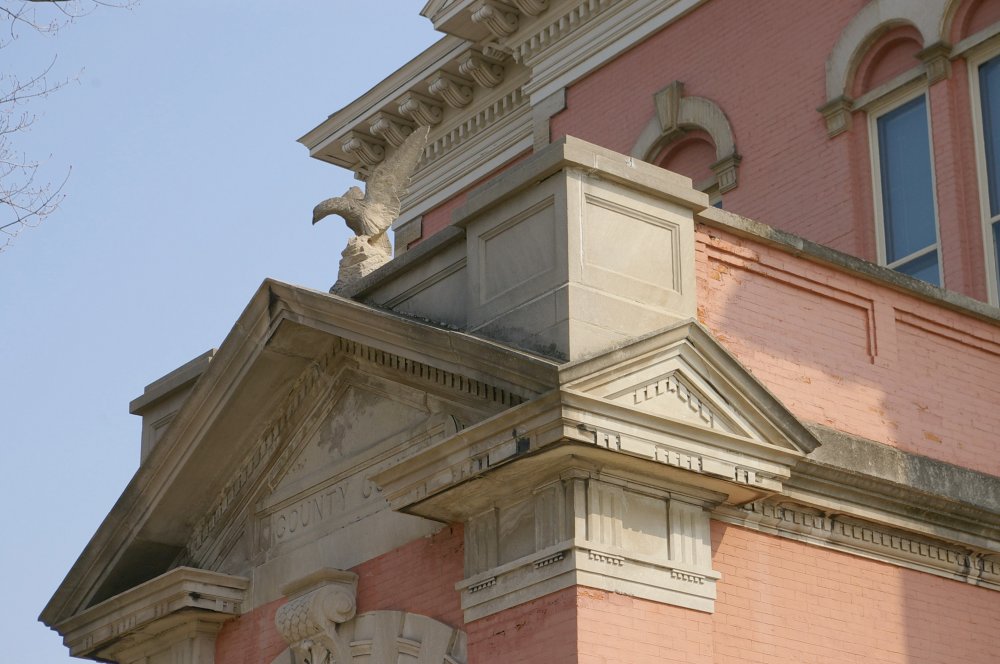 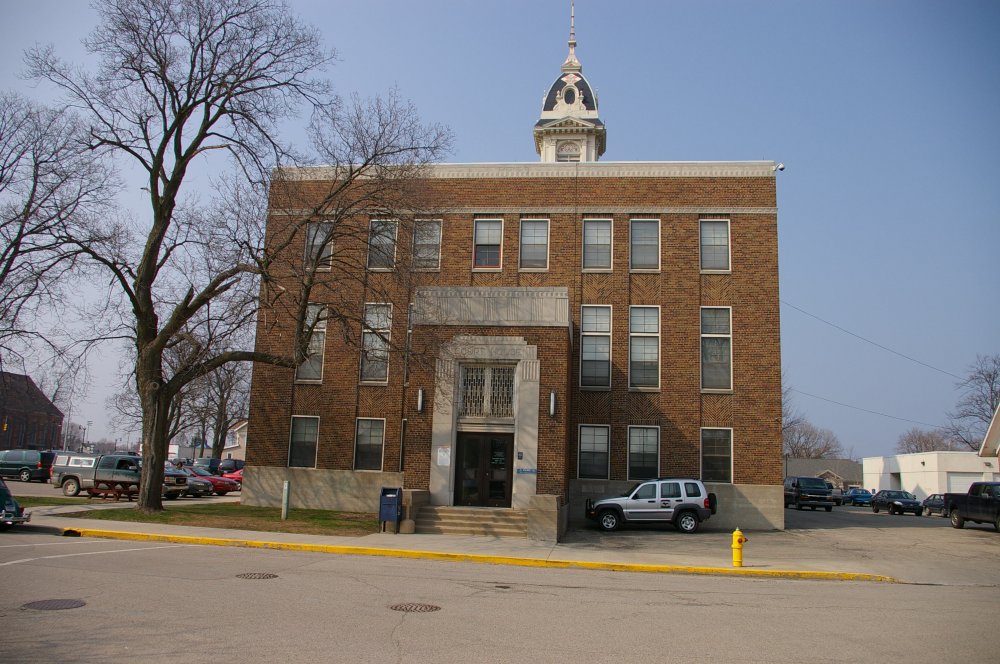 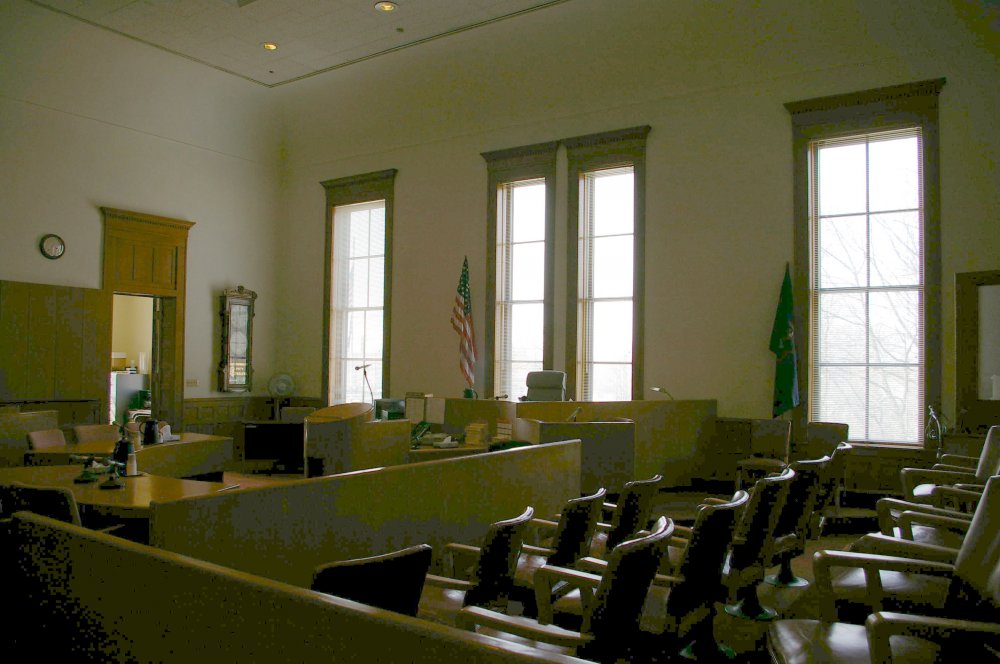 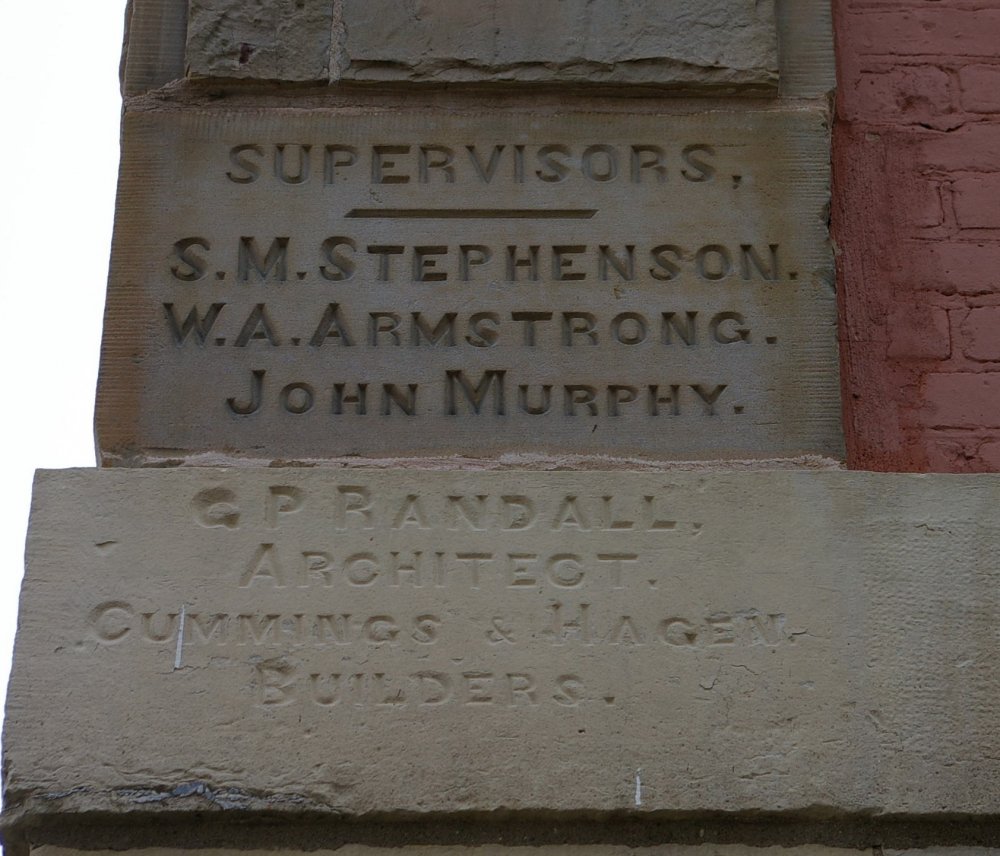 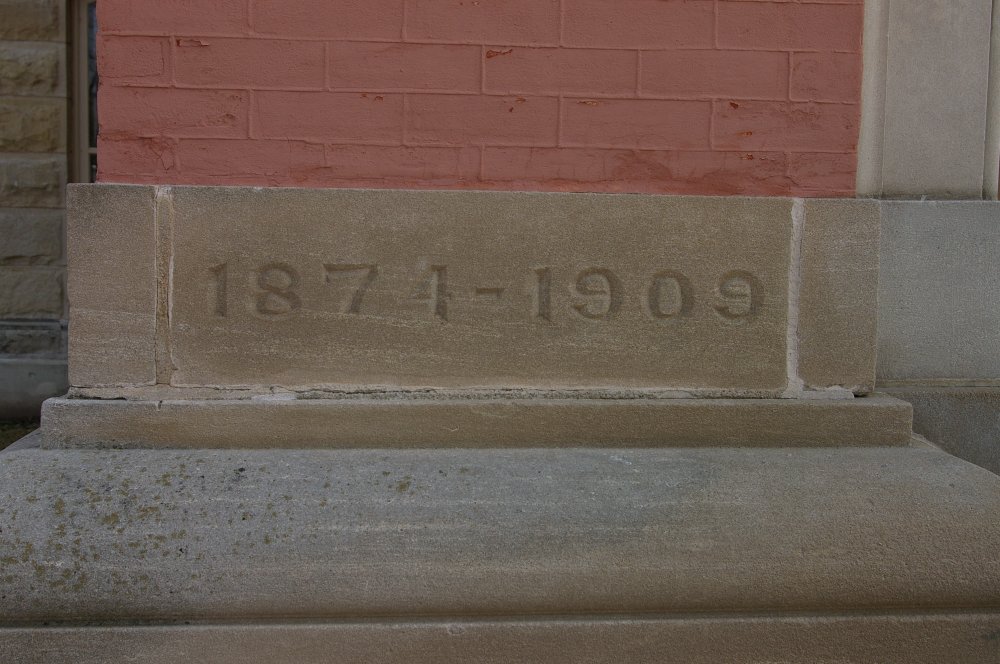