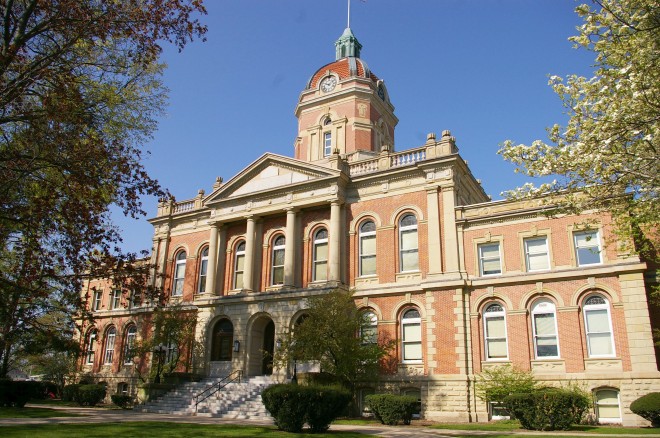 Elkhart County is named for the Elkhart Indian tribe, or after an island in the St. Joseph River that was shaped like the heart of an elk which the French named “heart of the stag” which became “Elkhart”, or named after Shawnee Chief Elkhart. 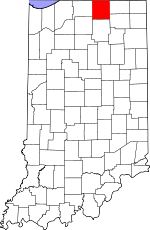 Description:  The building faces east and is a two story red colored brick structure. The building is located on the landscaped grounds of Courthouse Square in the center of Goshen. The building has a large portico on the east and west sides with three arches on the first story and four columns rising to a pediment at the roof line. The north and south wings are lower. A balustrade runs along the roof line of the center section of the building. On the center of the roof is a large clock tower with red colored dome and small green colored cupola at the top.  The building houses the County Circuit Court and the County Superior Court of the 5h Judicial District. The building was redesigned in 1909 by architect Patton and Miller of Chicago, Illinois and the contractor was P H McCormick of Columbus. 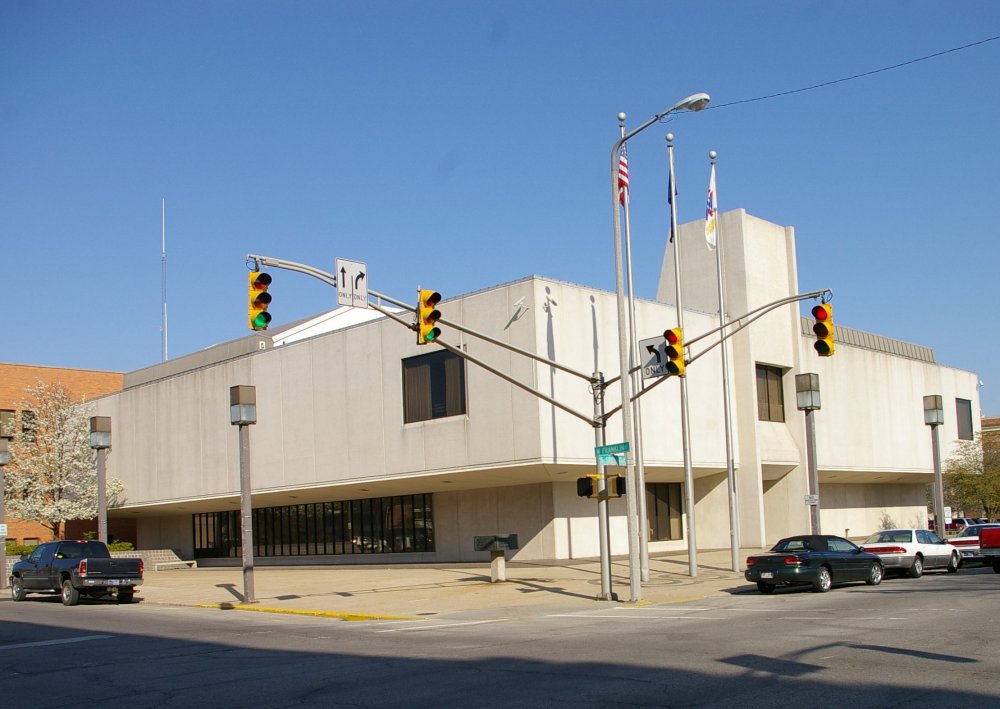 Description:  The building faces east and is a two story white colored concrete structure. The building is located in the center of Elkhart. The east front has a central entrance with a slightly projecting section rising above the roof line and having a recessed entrance. The second story overhangs the recessed first story. There are few windows and roof line is flat. The building is connected on the west side with a two story red colored brick structure built in 1910 to 1911 as the Elkhart High School. The architect was E Hill Turnock. 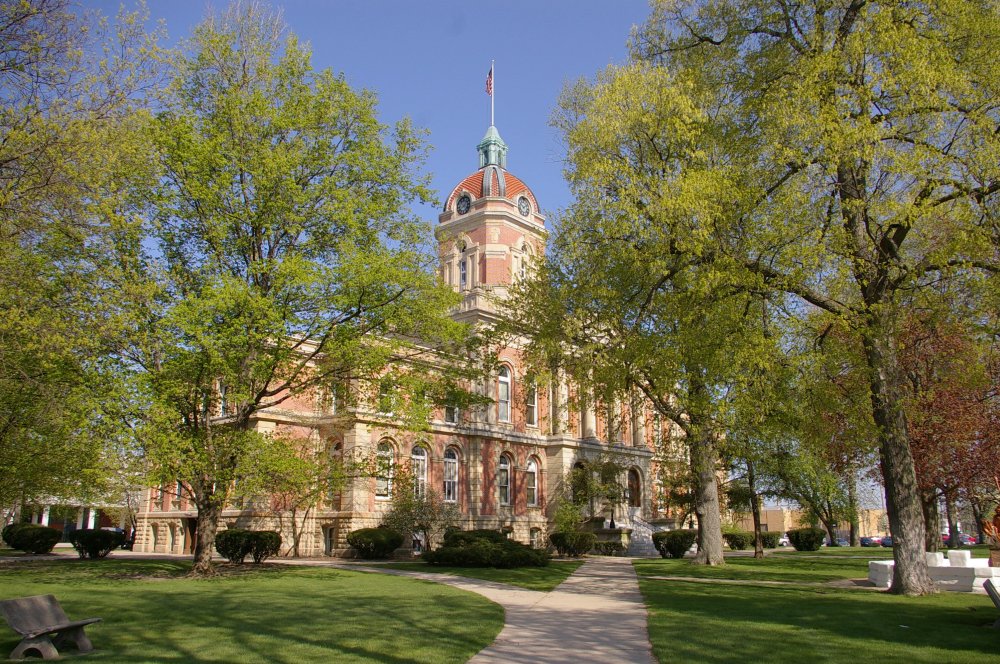 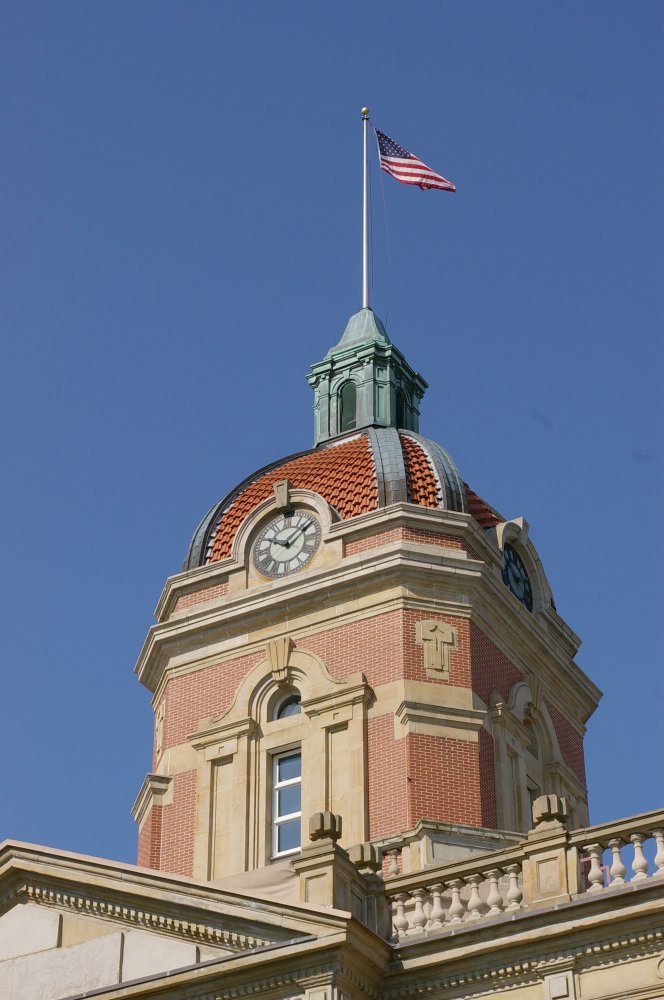 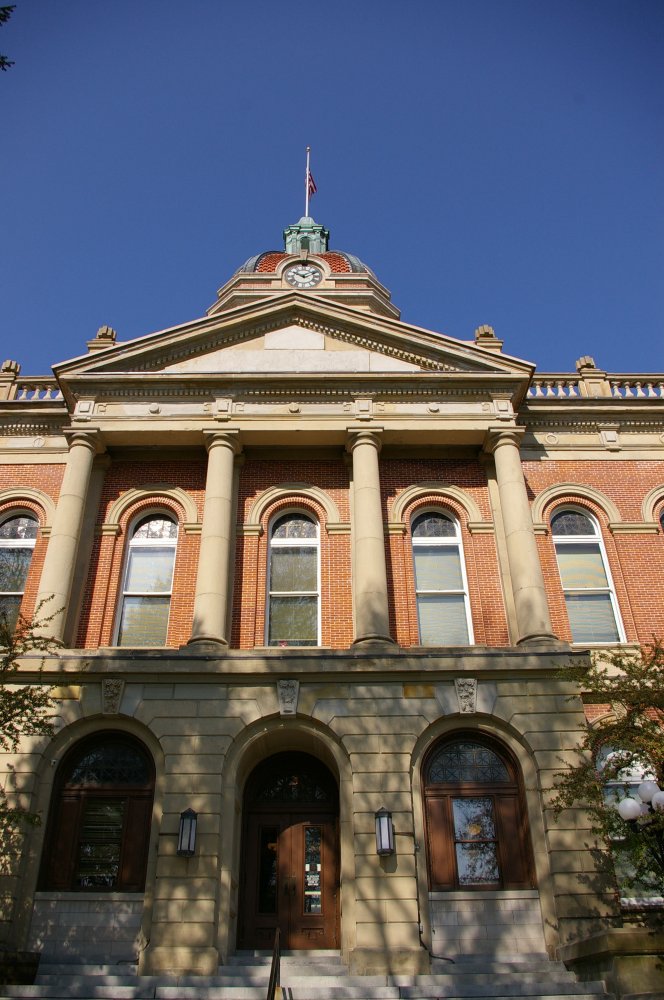 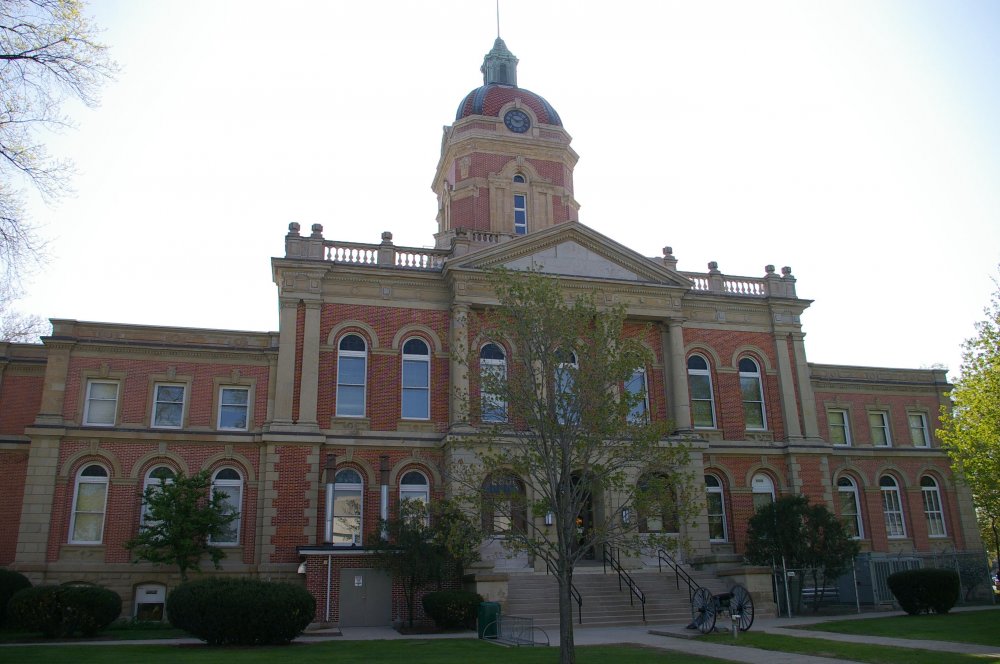 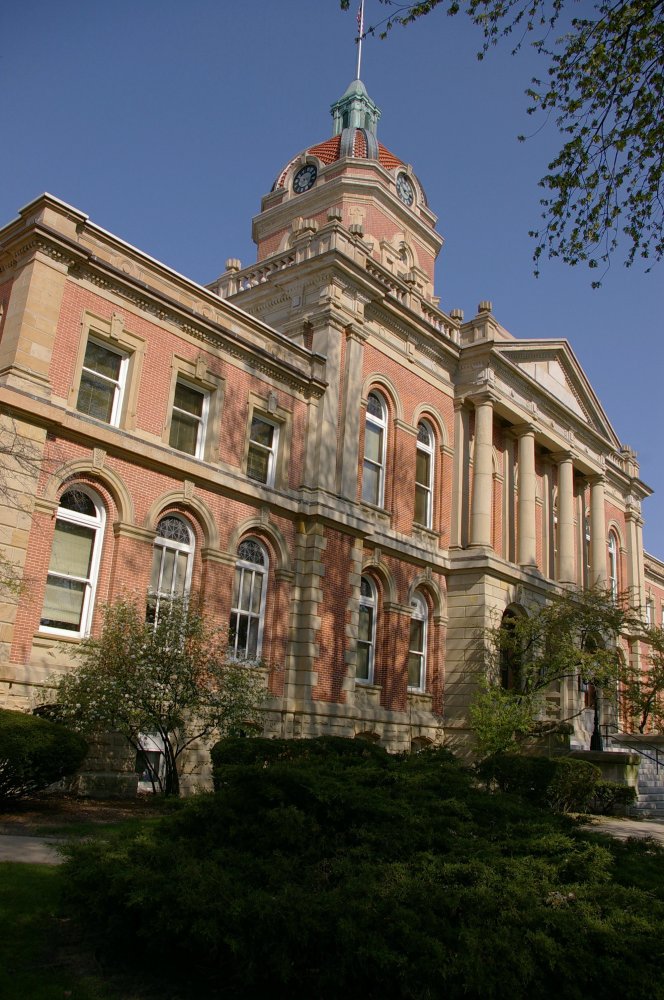 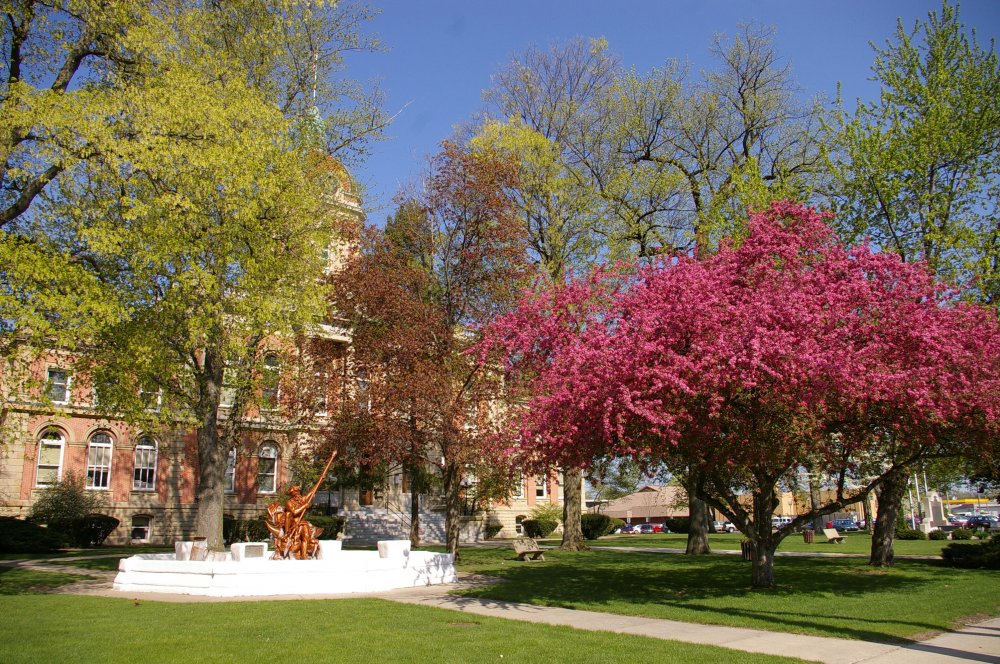 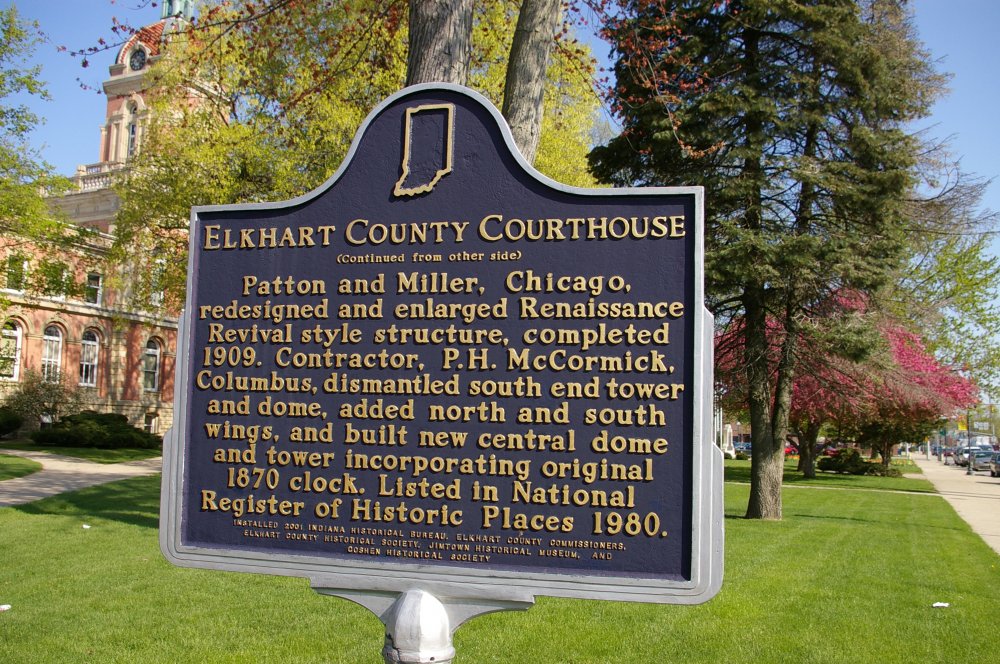 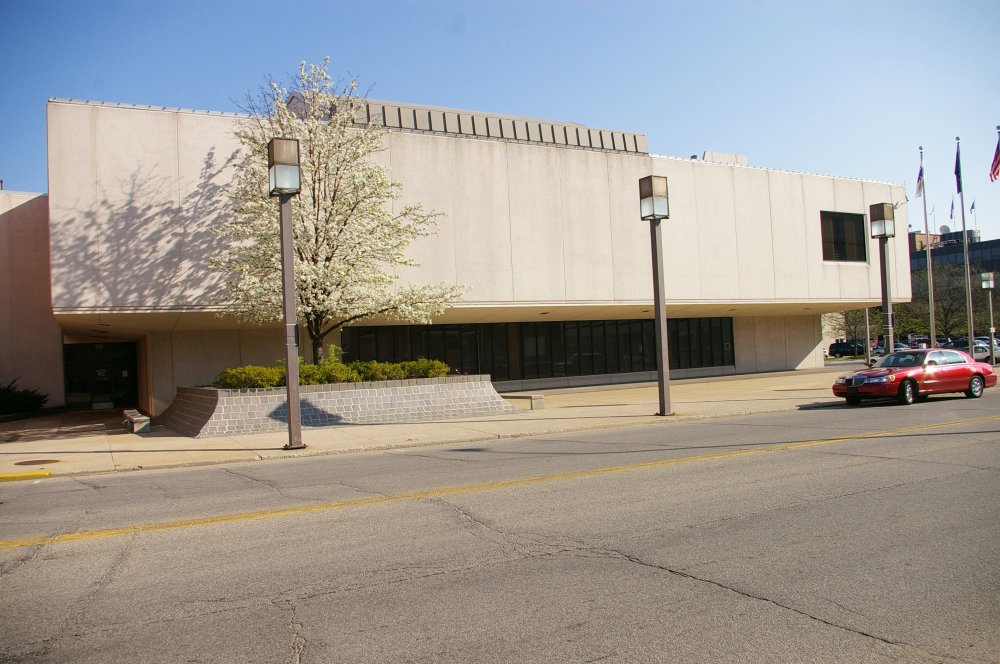 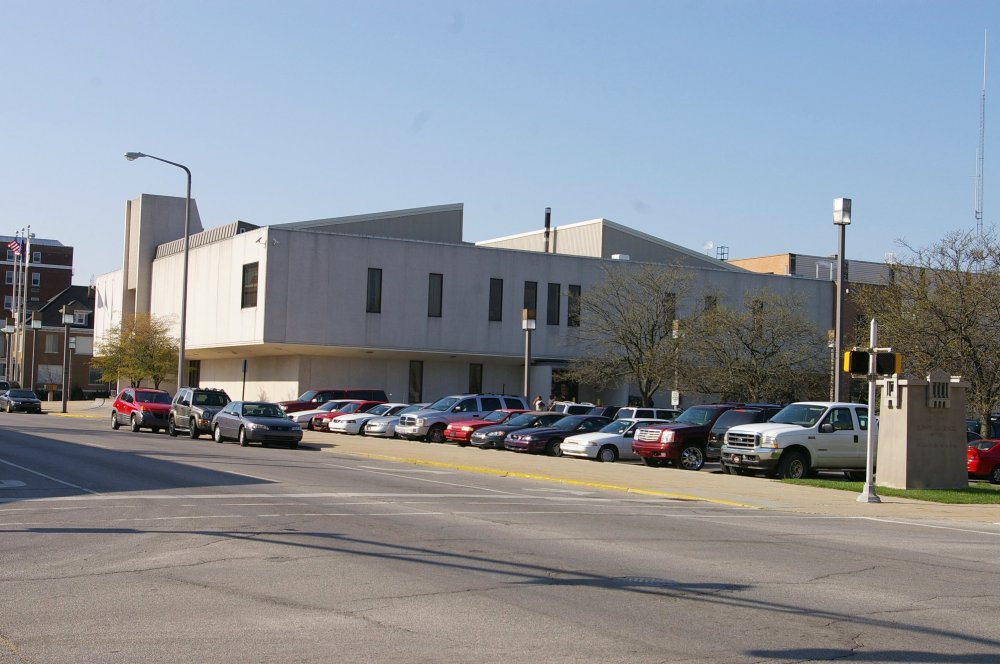