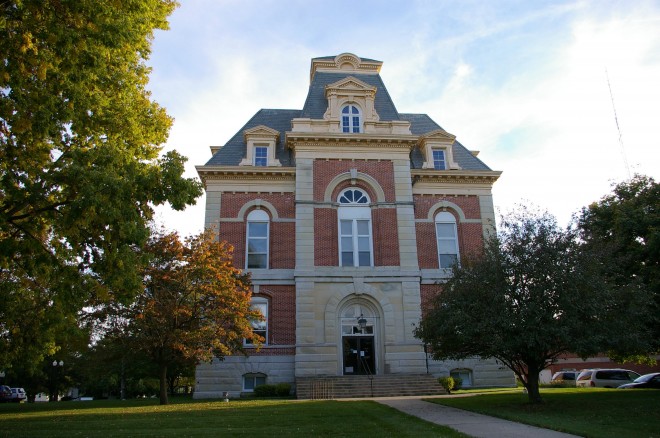 Benton County is named for Thomas H Benton, who was a United States Senator from Missouri.

Description:  The building faces north and is a four story red colored brick and stone  structure. The buildinding is located on spacious landscaped grounds in the center of Fowlwer. The north front extends from the building with a stone framed arch at the entrance and rising to a mansard roof. The building has arched windows and stone trim runs vertical at the corners. The base of the building is course white colored stone. In the interior, the north entrance still contains wood wainscoting. The courtroom is located at the center of the third story and many of the details of this room are intact, particularly the woodwork and configuration of the space. The niche at the north end of the room, which forms a back drop to the judges seat may have had ornamental paint or stenciling, but has been over painted. Some of the furniture, including two tables is also original. Halls and the court room have had modern light fixtures installed, and in some cases the ceiling has been lowered to allow for the required utilities. The building houses the County Circuit Court of the 2nd Judicial District.  The building was remodeled in 1936. In 1995, an addition was constructed on the south side. The architect was Pyramid Architect / Engineering Inc.

See:  The architect, Gurdon Paine Randall of Chicago also designed the courthouses in Marshall County, and in Georgia in Bibb County; in Illinous in Montgomery County and Morgan County and in Michigan in Menominee County. 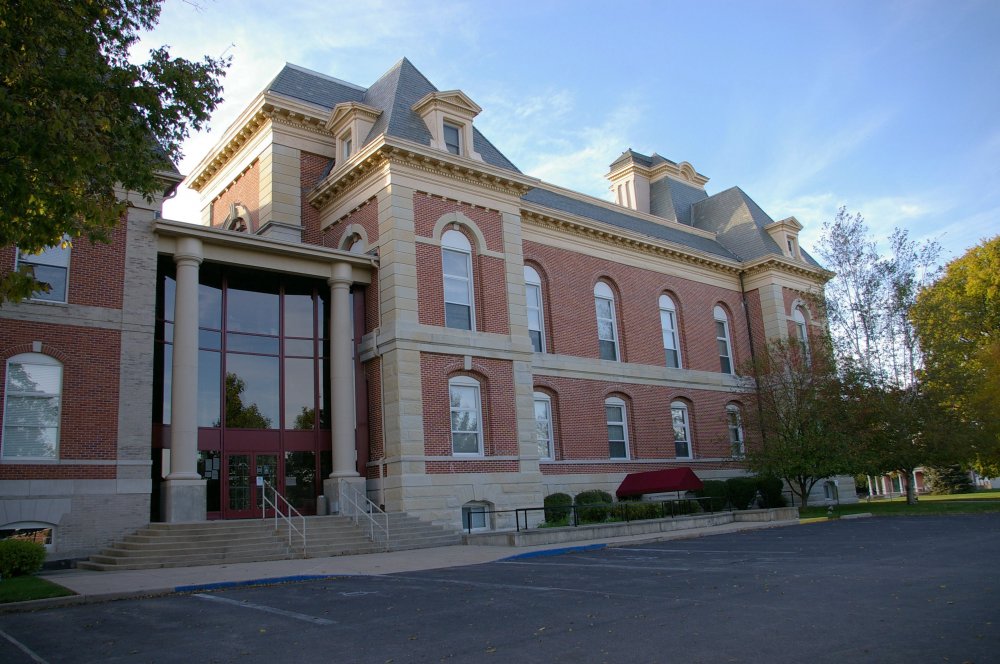 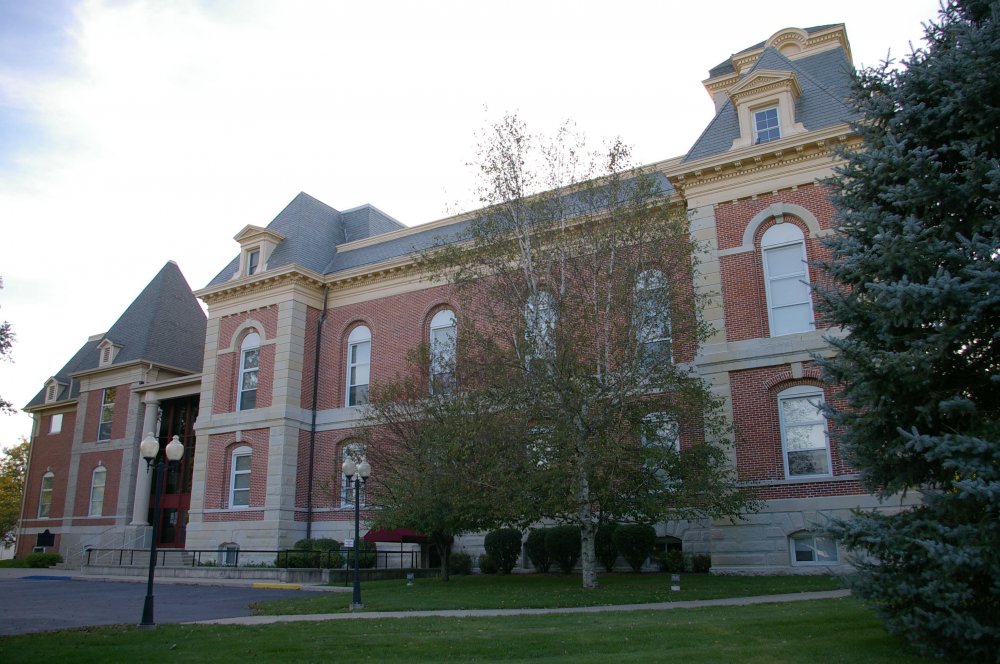 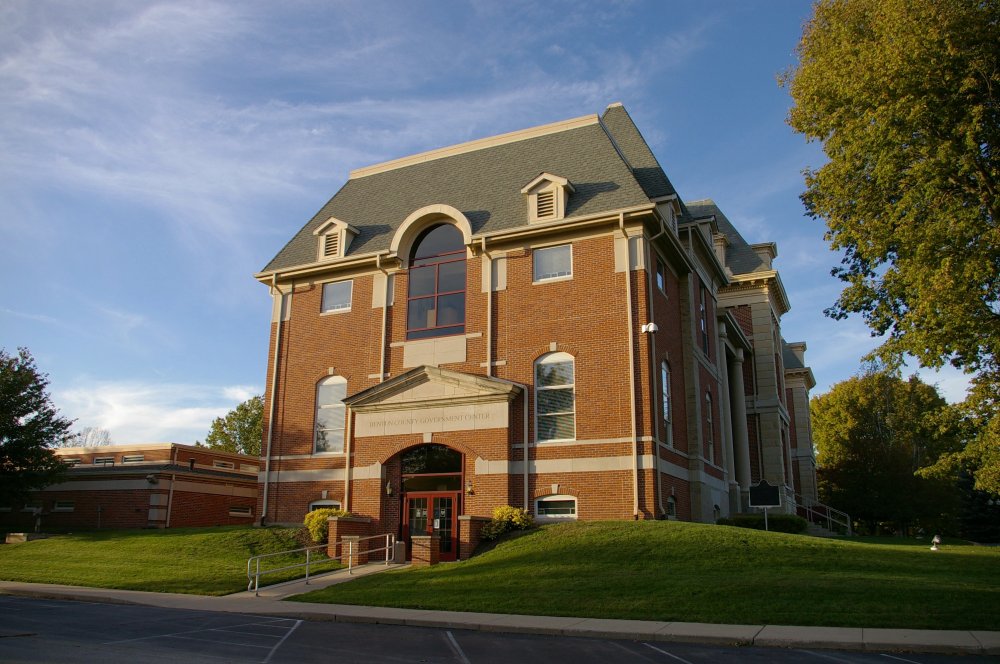 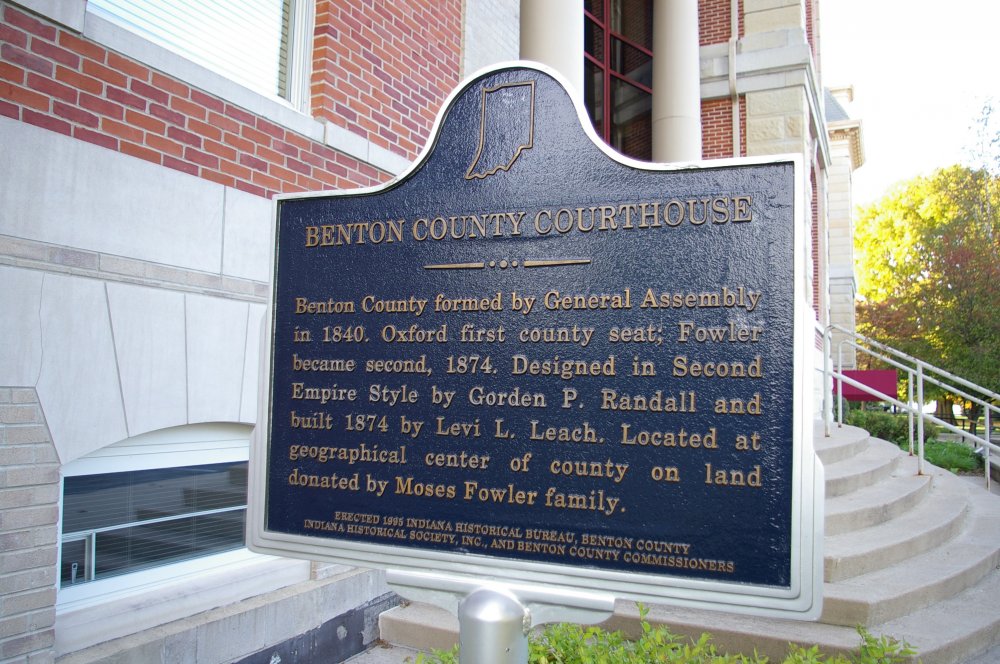