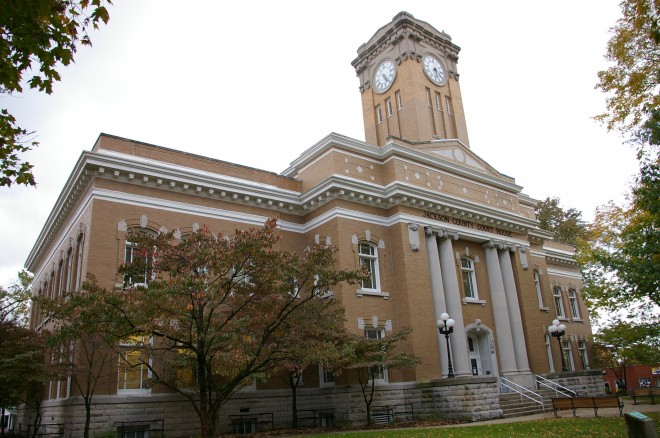 Jackson County is named for Andrew Jackson, who defeated the British in 1815 at the Battle of New Orleans in the War of 1812 and who was a President of the United States of America.

Description:  The building faces west and is a two story buff colored brick and concrete structure. The building is located on landscaped grounds in the center of Brownstown. The west front has a portico with four large columns rising to the top of the second story. A wide cornice runs below the roof line. Above the west entrance is a tall square brick clock tower with flat roof. The building was renovated in 1910 to 1911. The architect was Elmer E Dunlap and Marshall E Van Arman and the contractor was Heizmann Brothers. 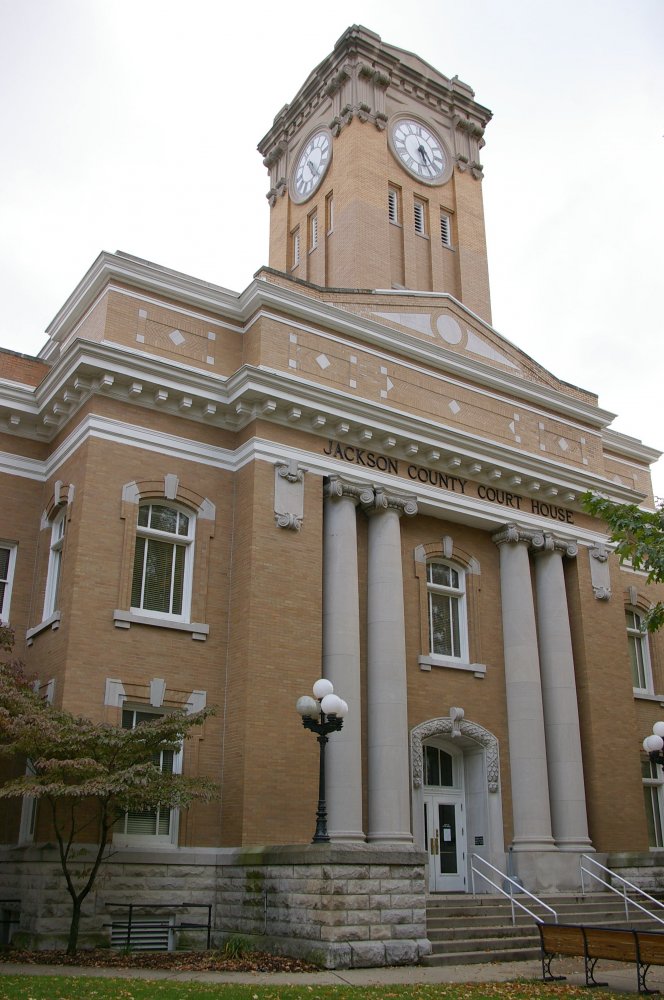 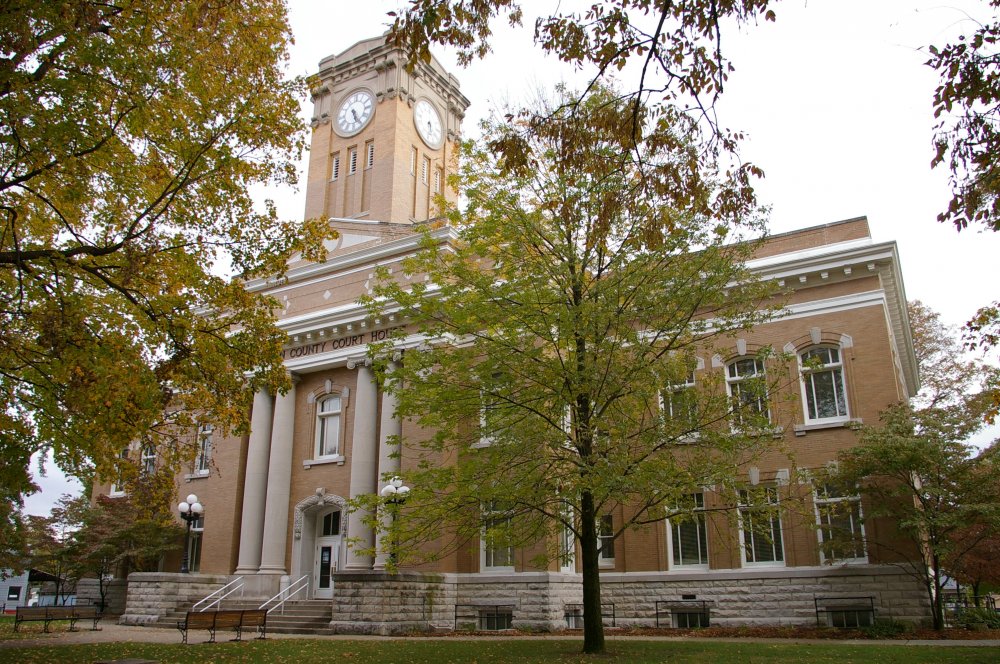 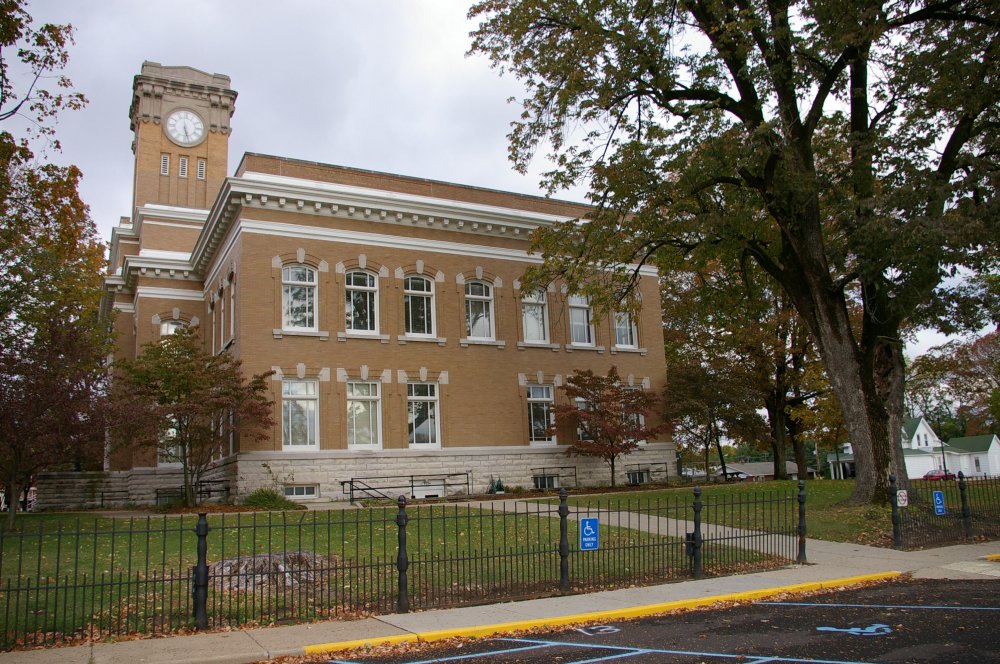 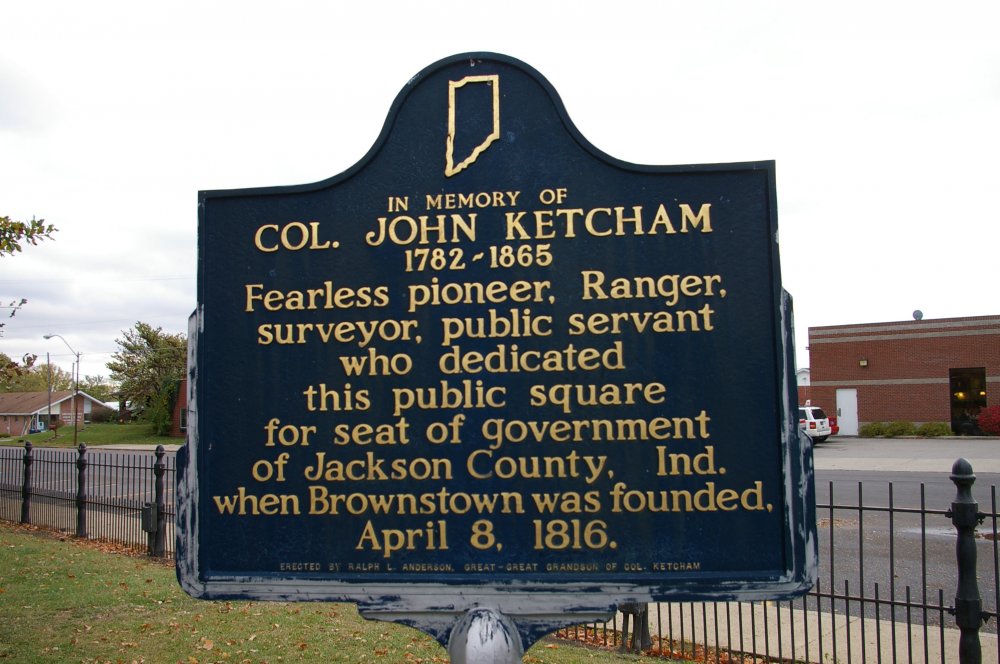