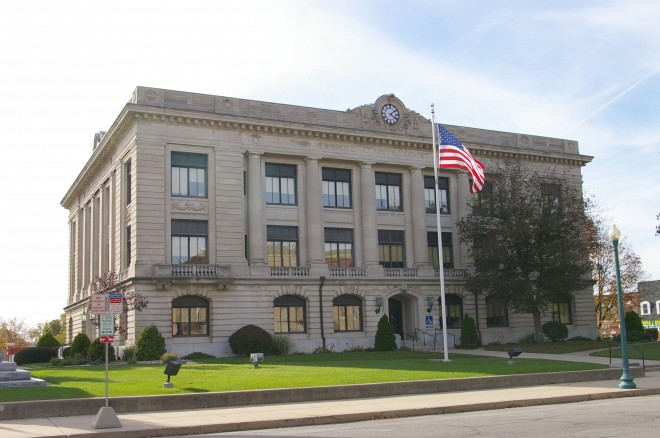 Carroll County is named for Charles Carroll, who was a signer of the Declaration of Independence, and who died in 1832. 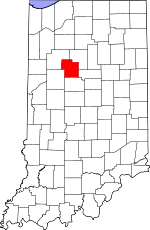 Description:  The building faces northwest and is a three story gray colored limestone and concrete structure. The building is located on landscaped grounds in the center of Delphi. The first story has horizontal stone and arched windows. Five large columns rise from the second story to the top of the third story with recessed windows between. A wide cornice runs below the roof line and in the center of each side of the roof is a clock. The roof line is flat. The interior has a rotunda with stained glass skylight. mThe third story houses the courtrooms and the law library on the north side. On the east side of the building is the Carroll County Superior Court, on the south side is the Superior Court Office, and on the west side is the Carroll County Circuit Courtroom which the oldest courtroom in the building. The Circuit Courtroom is very large with three panels of stained glass skylighting in the center of the ceiling. The ceiling is separated into coffered panels by cross beams, which have the original chandeliers hanging from the intersecting beams. The walls of the courtroom complete the classical imagery with pilasters supporting a simple entablature. Pilasters are spaced to mark the locations of ceiling beams. On the south side of the room is one large window, while the west side has four large windows, and the north side has one window. The main courtroom entrance is located on the east side of the room, with a large oak door frame and transom window, topped with a clock. 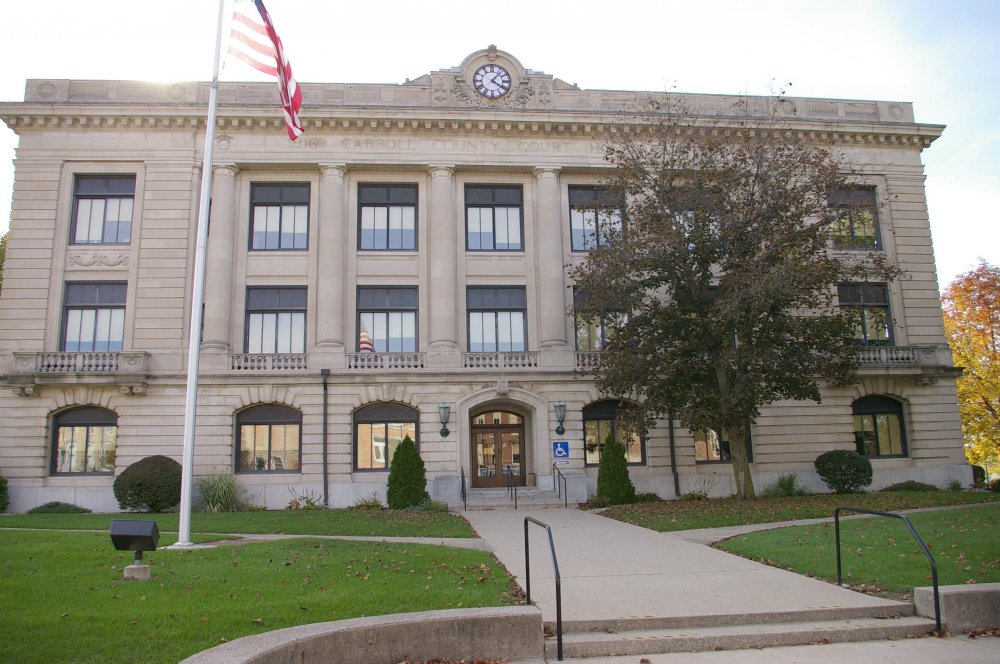 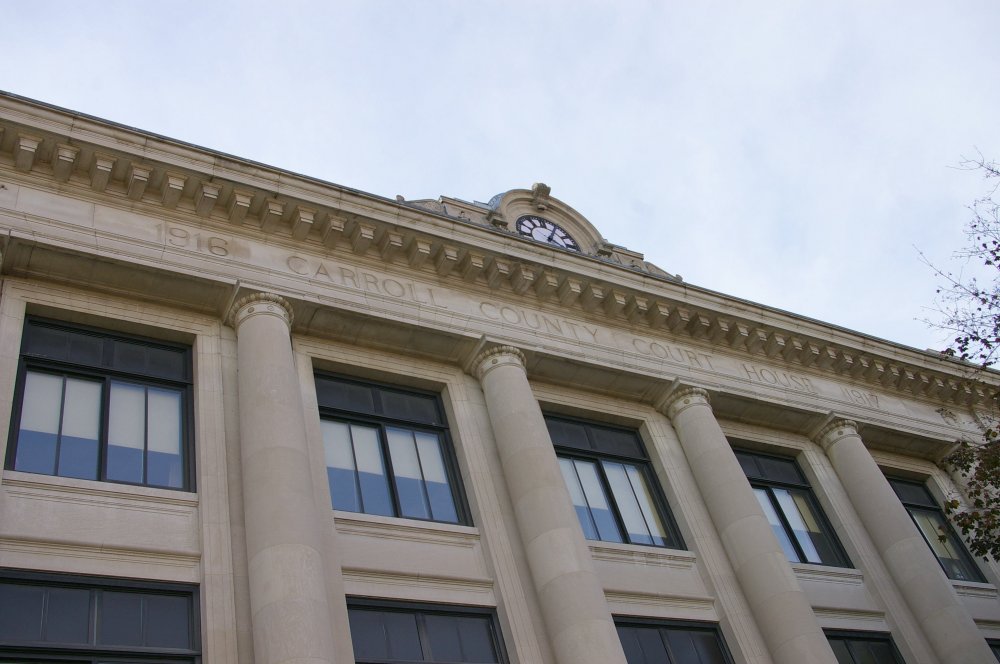 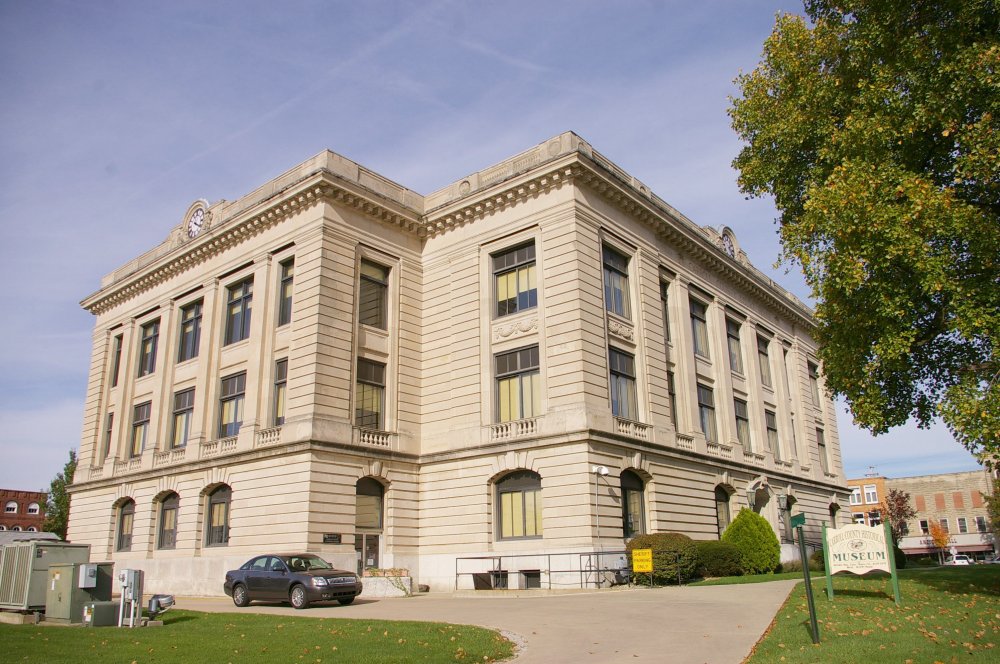 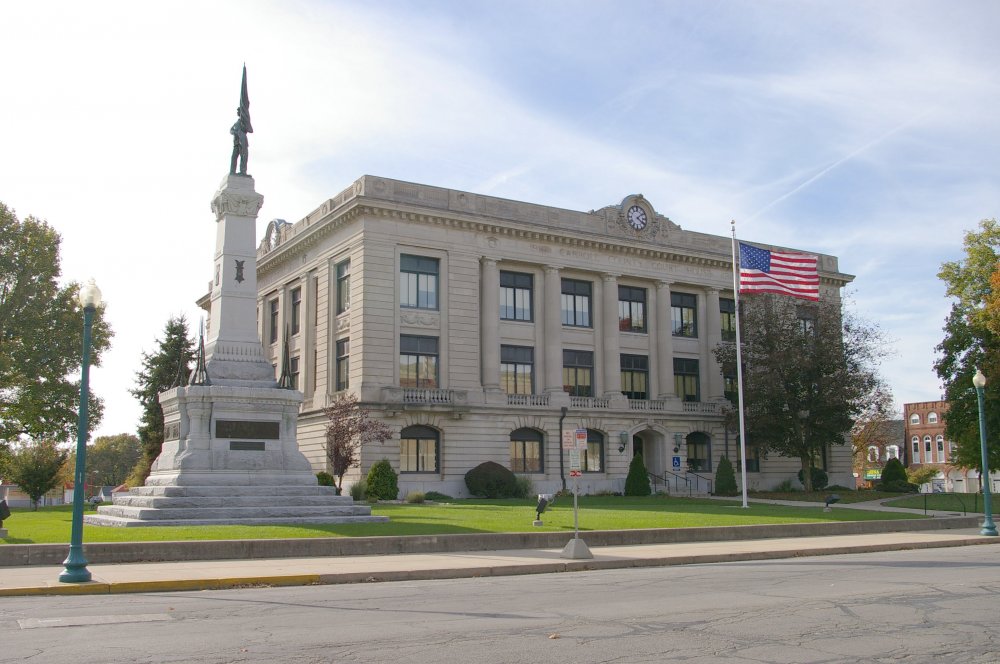 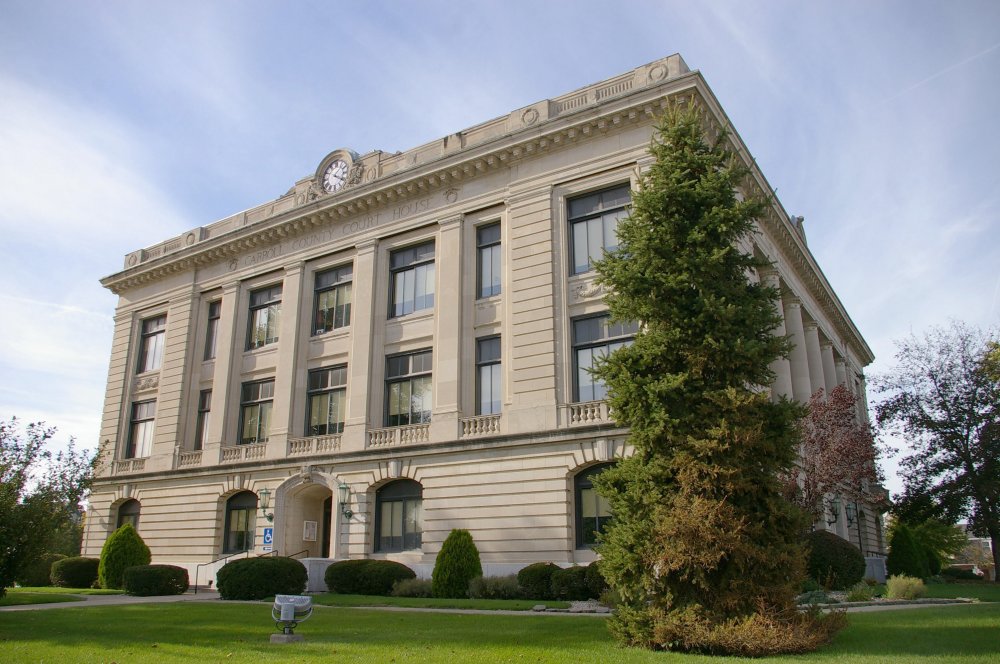 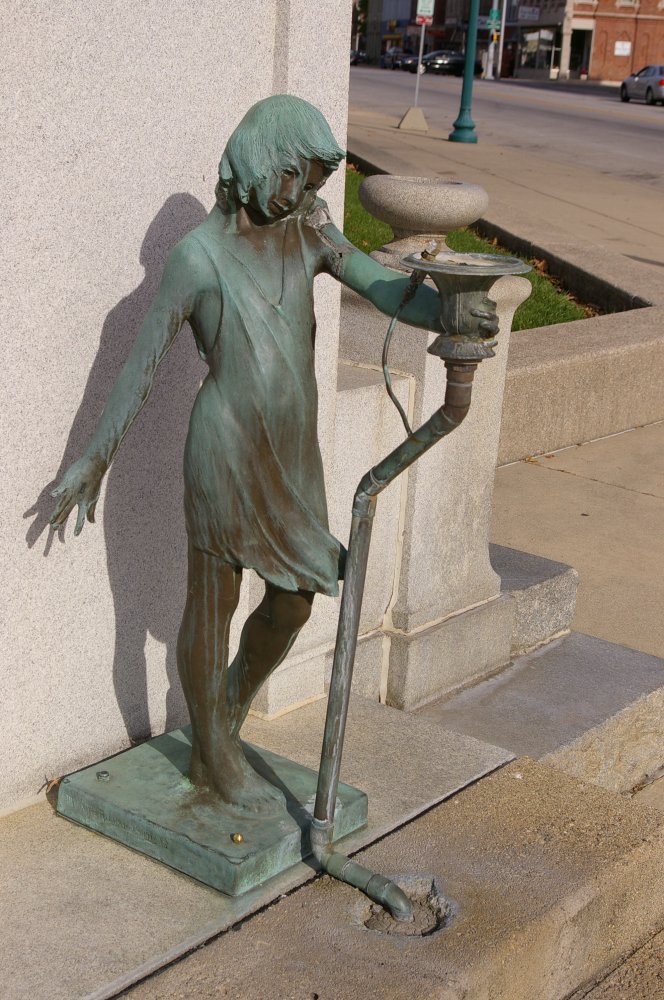 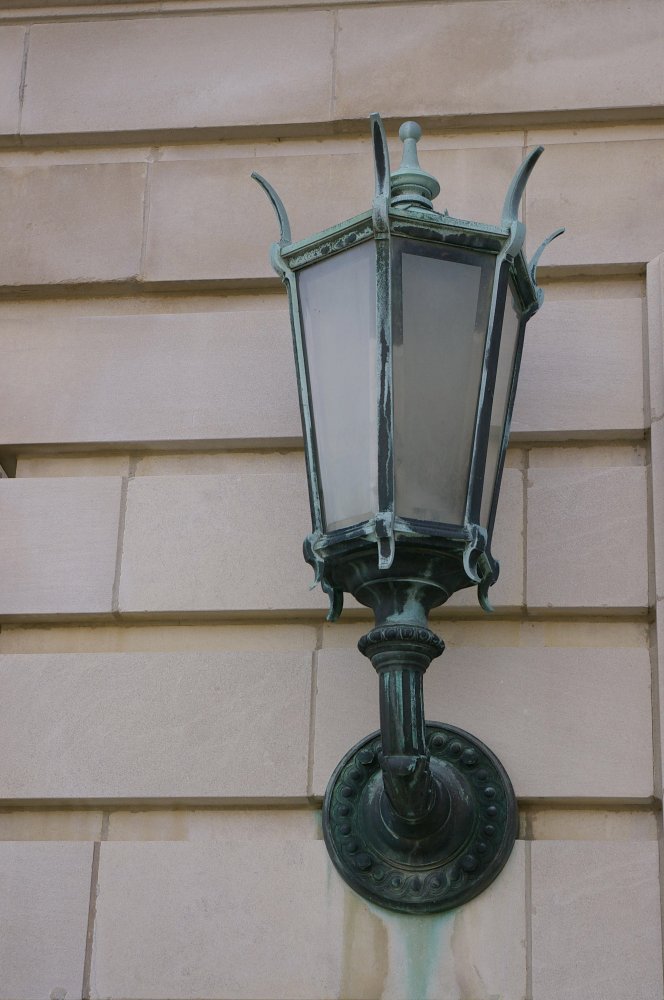 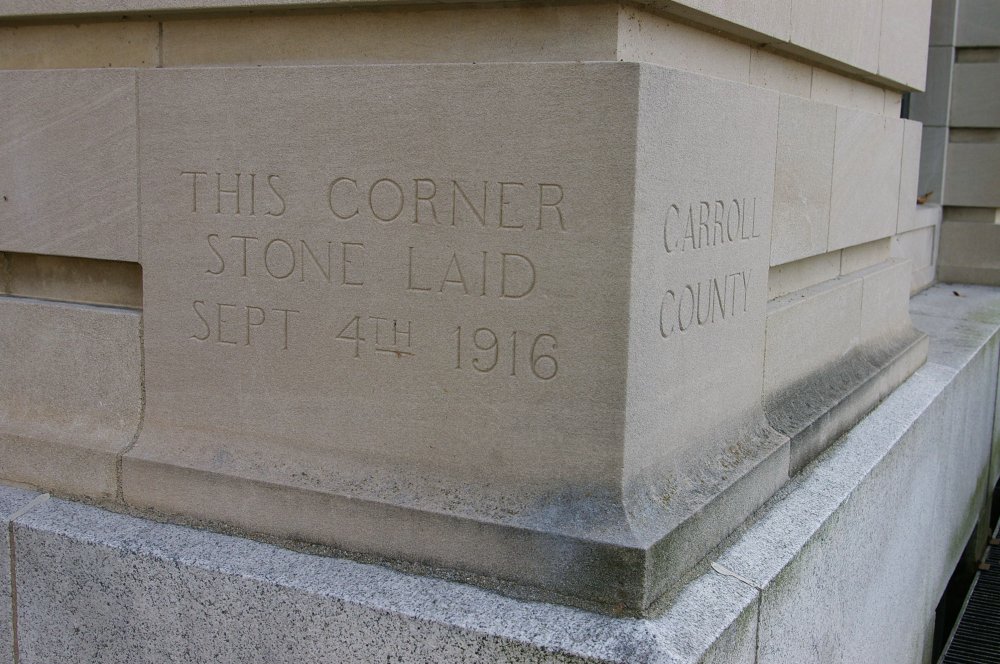 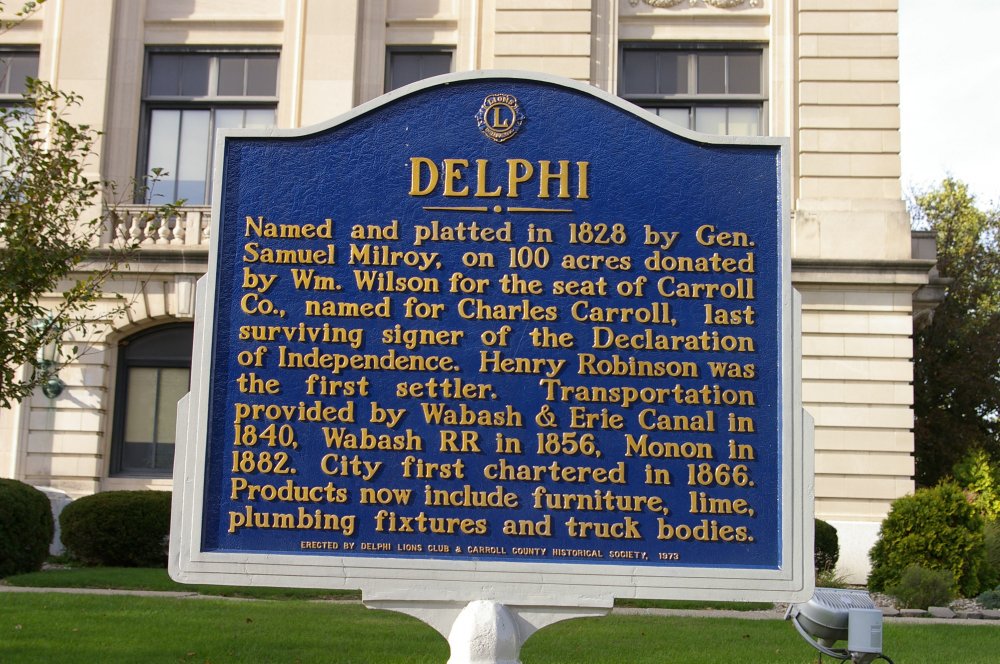