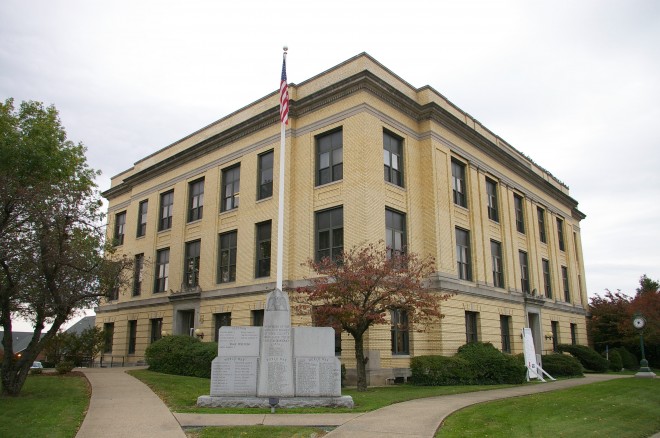 Pike County is named for Zebulon M. Pike, who was the discoverer of Pikes Peak, and who lived from 1779 to 1813.

Description:  The building faces north and is a three story square yellow colored brick and concrete structure. The building is located on landscaped grounds in the center of Petersburg. The first story is horizontal lines of yellow colored brick with a concrete band running horizontally. A wide cornice runs below the roof line of the flat roof. Like the courthouse in general, the circuit court located on the third story is relatively unadorned. Plaster pilasters, in truth structural piers, line the walls; they are decorated with small wood plaques painted gold. The floor is covered with blue carpet. The original oak judge’s bench is against the south wall; behind it is a narrow corridor leading from office corridor. The original oak witness bench is located in front of the judge, and to his left. An original Mission-style oak railing with turned balusters divides the courtroom. 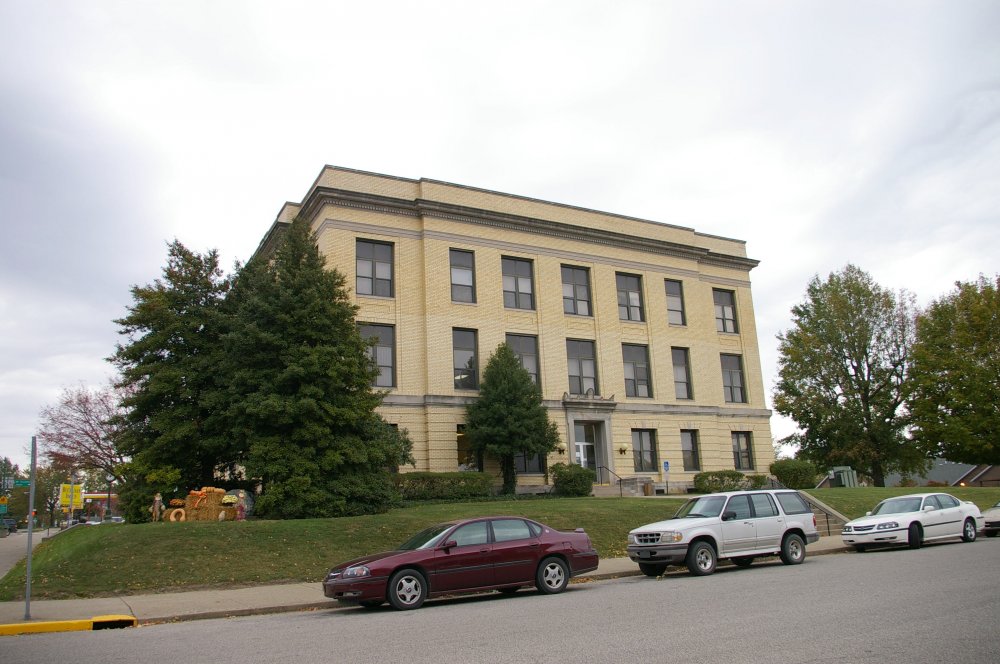 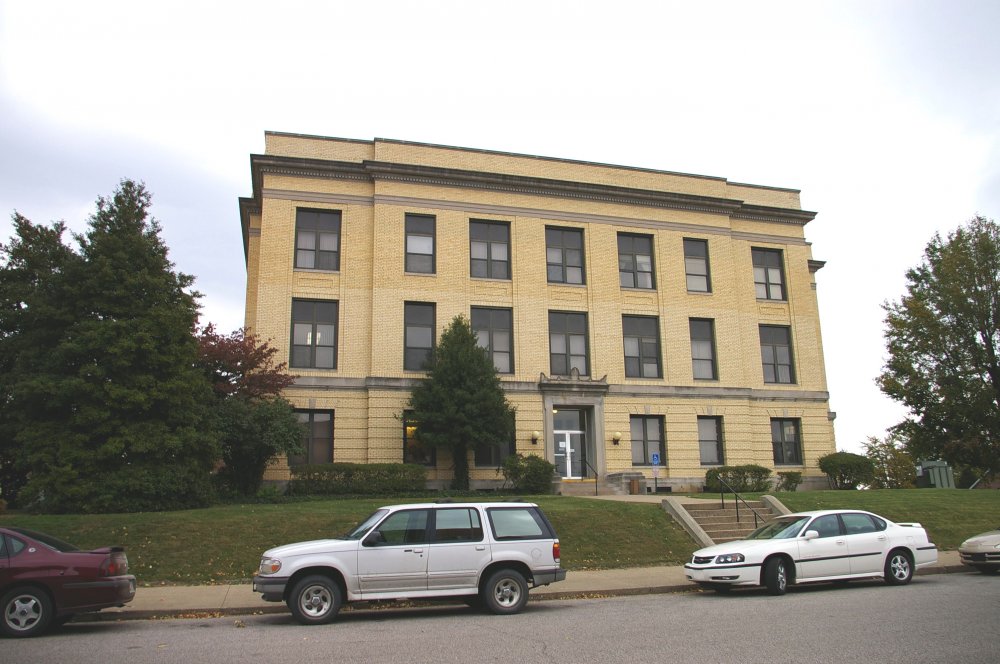 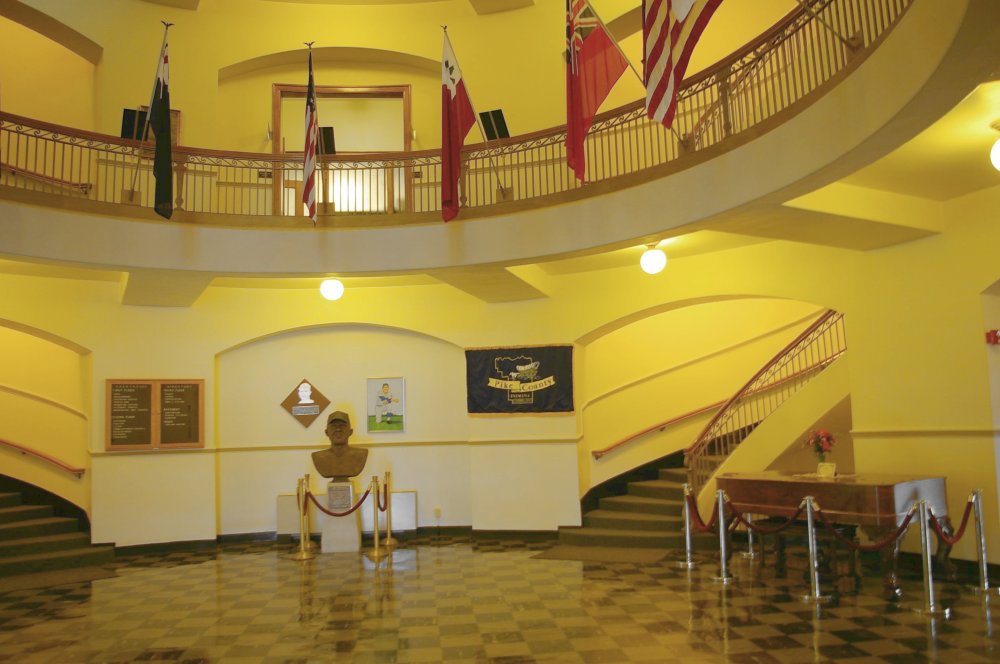 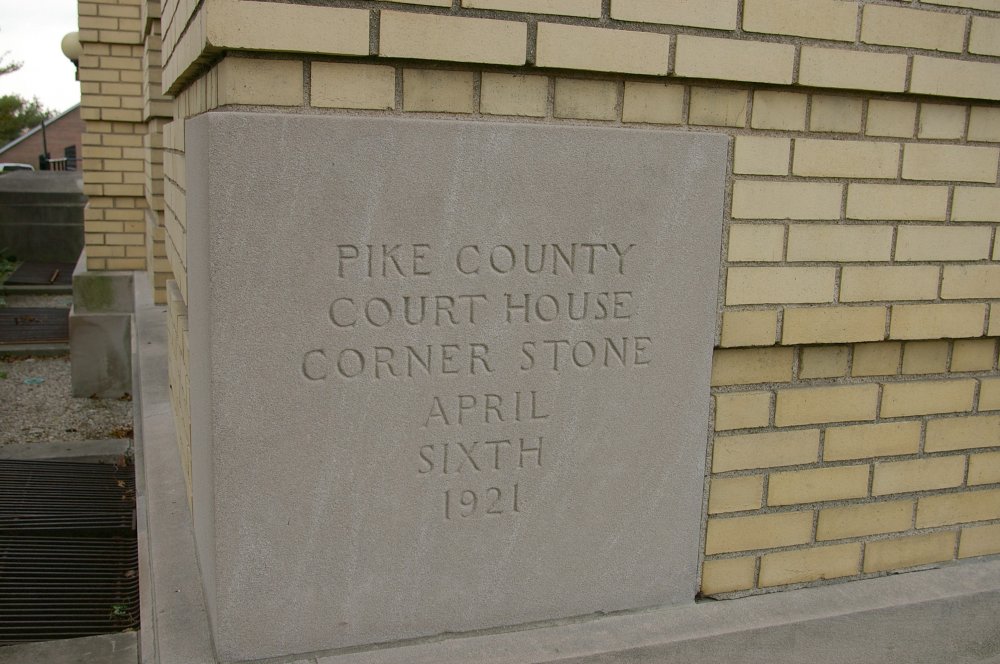