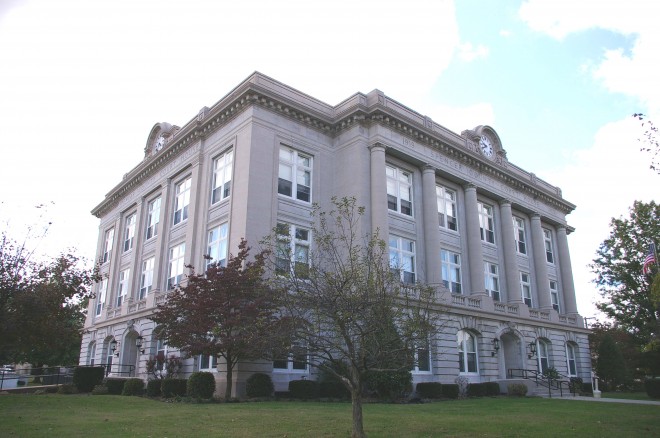 Spencer County is named for Spier Spencer, who was a Captain and who was killed at the Battle of Tippecanoe in 1811.

Description:  The building faces south and is a three story gray colored limestone and concrete structure. The building is located on landscaped grounds in the center of Rockport. The north front has an arched entrance on the first story and six large columns rising from the second story to the top of the third story. In the centre of the roof line on each side, is a clock. The first story has horizontal stone work.

Note:  The previous courthouse was designed by Thomas F DeBruler and constructed by F D Allen in 1863. 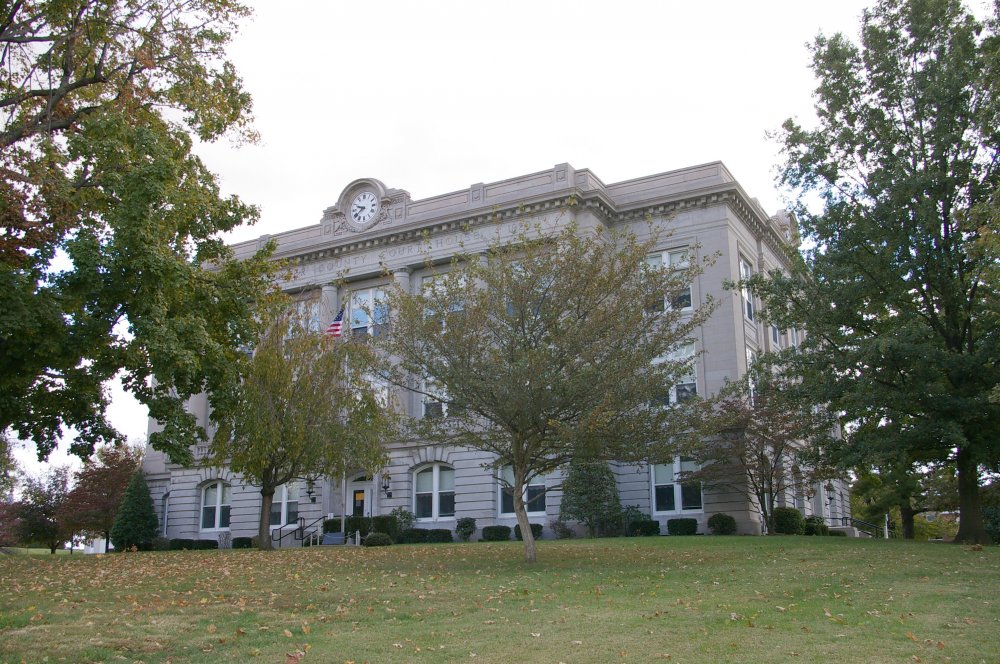 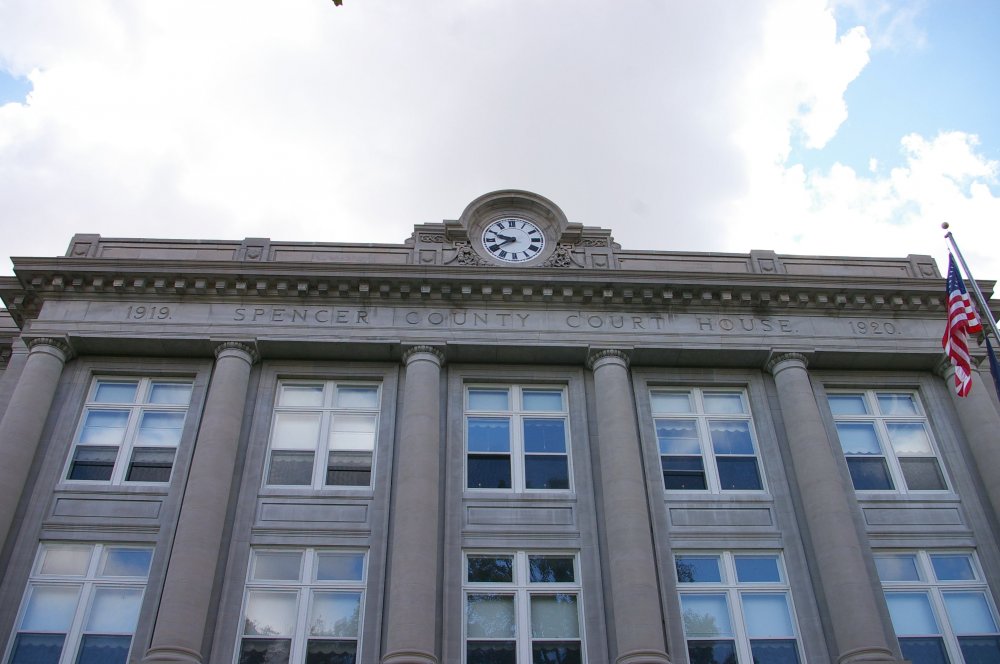 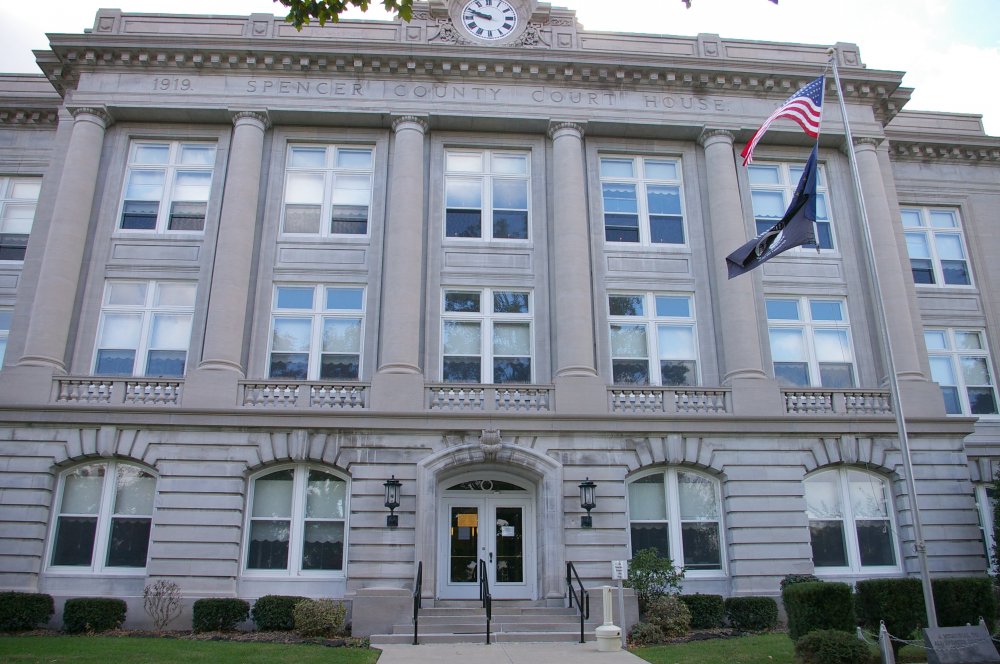 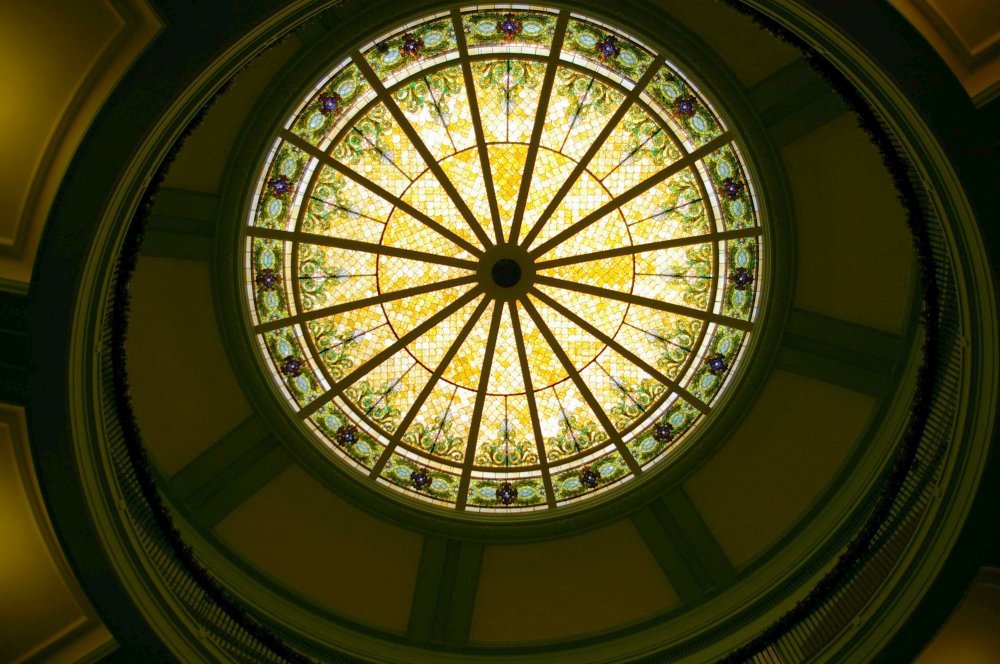 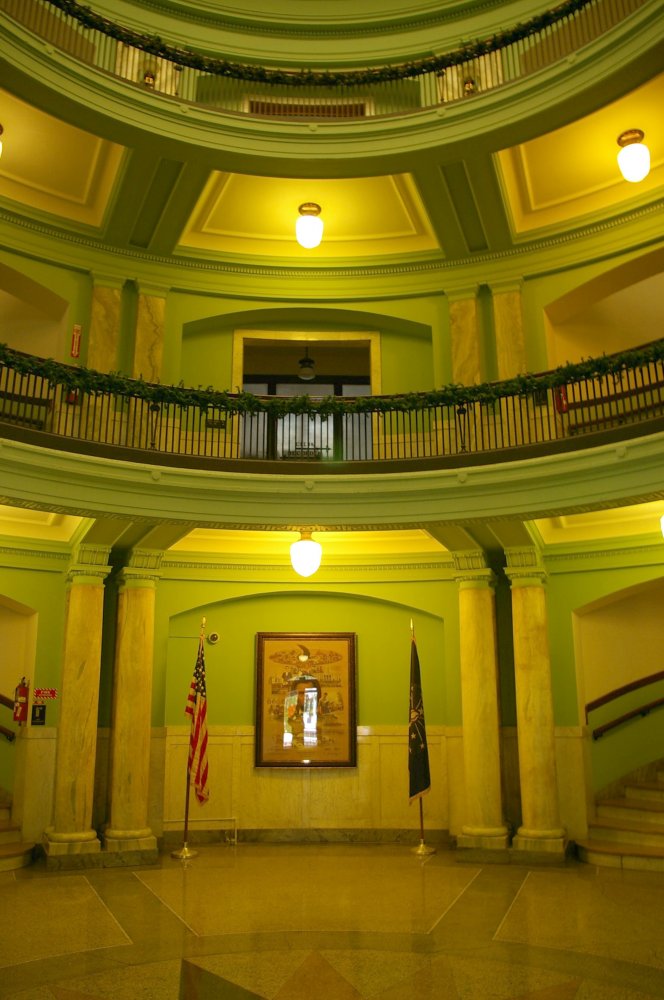 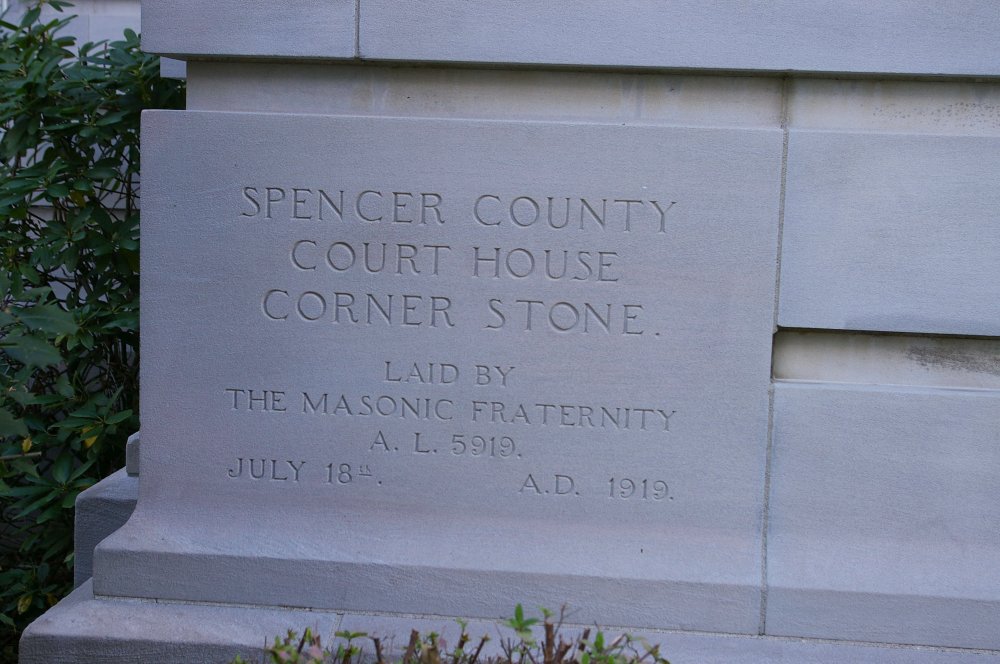 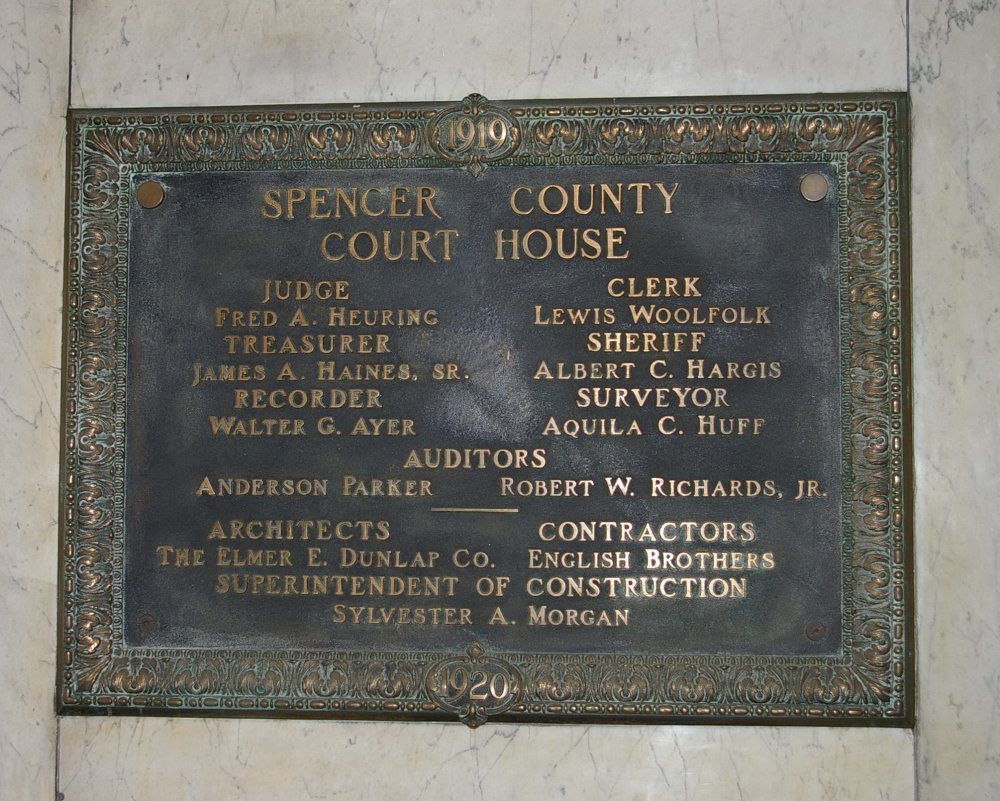