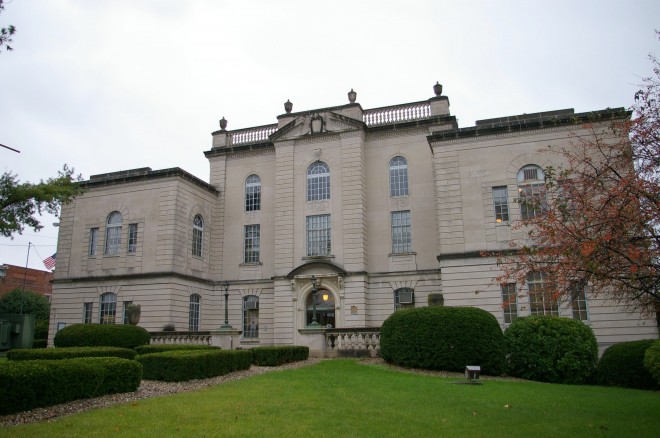 Lawrence County is named for James Lawrence, who uttered the famous words “Don’t give up the ship” after being mortally wounded during the War of 1812.

Description:  The building faces east and is a three story light brown colored limestone, brick and concrete structure. The building is located on the landscaped grounds of the Courthouse Square in the center of Bedford. The building has a raised basement. The east and west wings are lower in height and extend from the main building. The center section projects and has an arched entrance on the first story rising to a balustrade across the top of the flat roof. Some of the windows are arched. In the interior, the south entrance leads to a grand staircase. On the second story is the courtroom which extends into the third story. The courtroom has marble and terrazzo flooring, wainscoting of limestone and marble and walnut woodwork. The building houses the County Circuit Court and County Superior Court of the 20th Judicial District.

Note:  The 1872 courthouse was torn down while the new courthouse was being constructed due to a law dictating that the courthouse square had to hold a courthouse at all times or the ownership would revert to the heirs of the person who had deeded the land to the county. 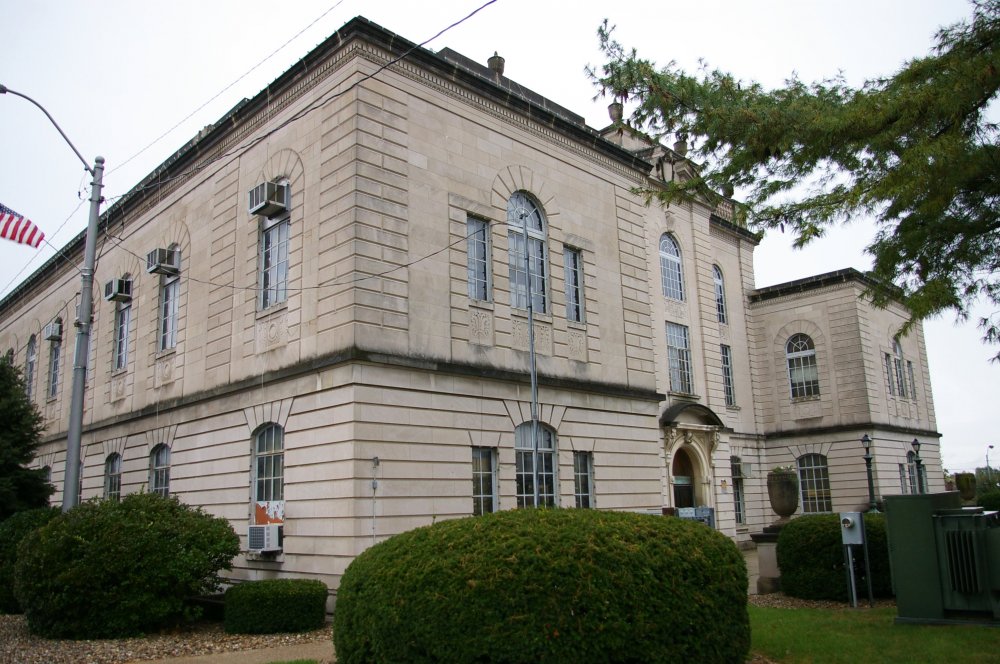 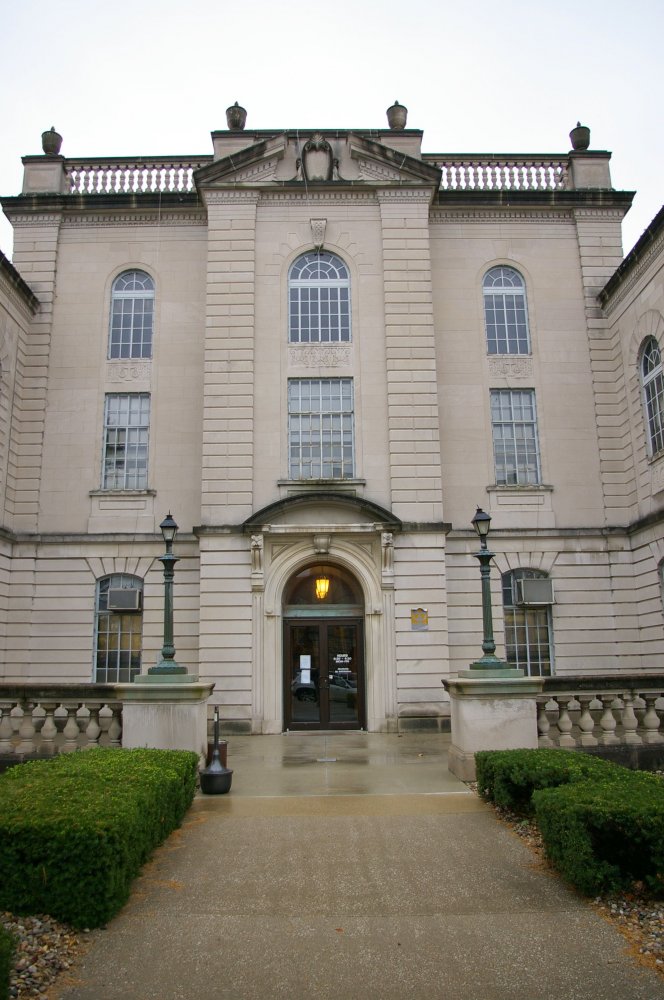 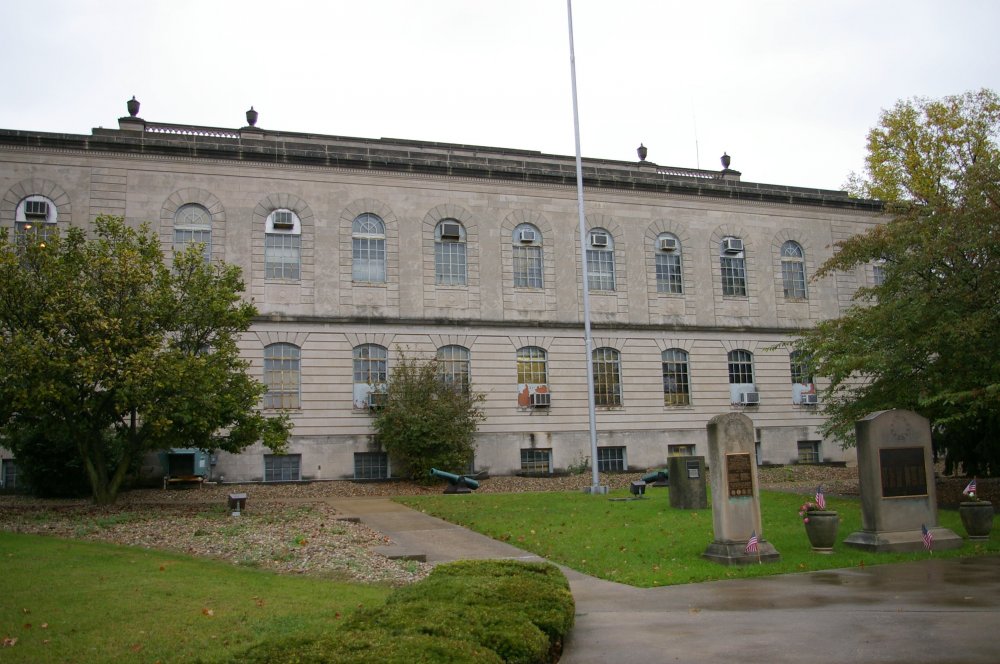 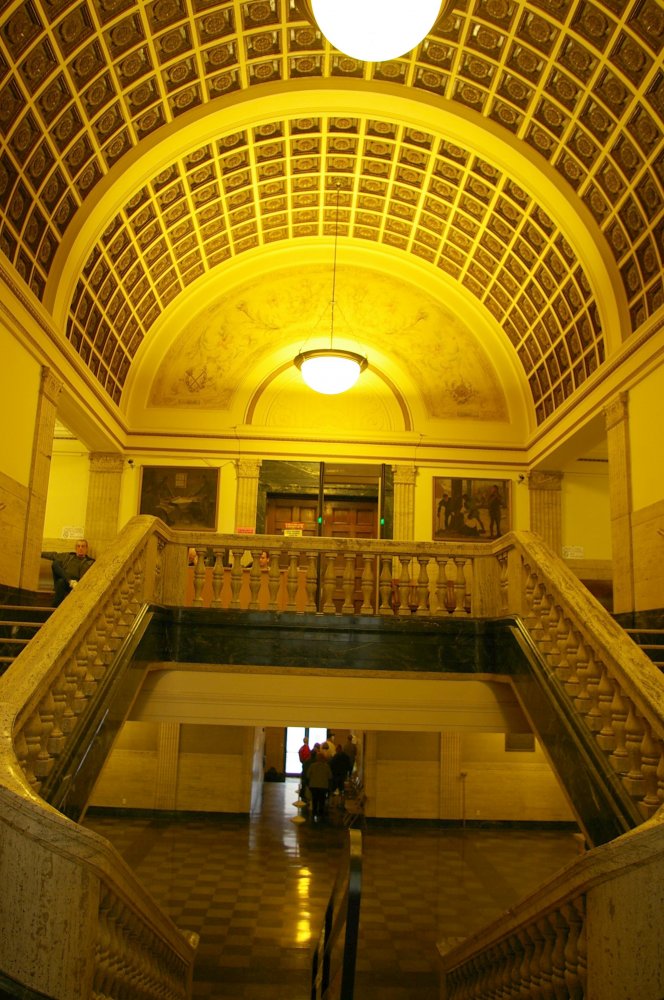 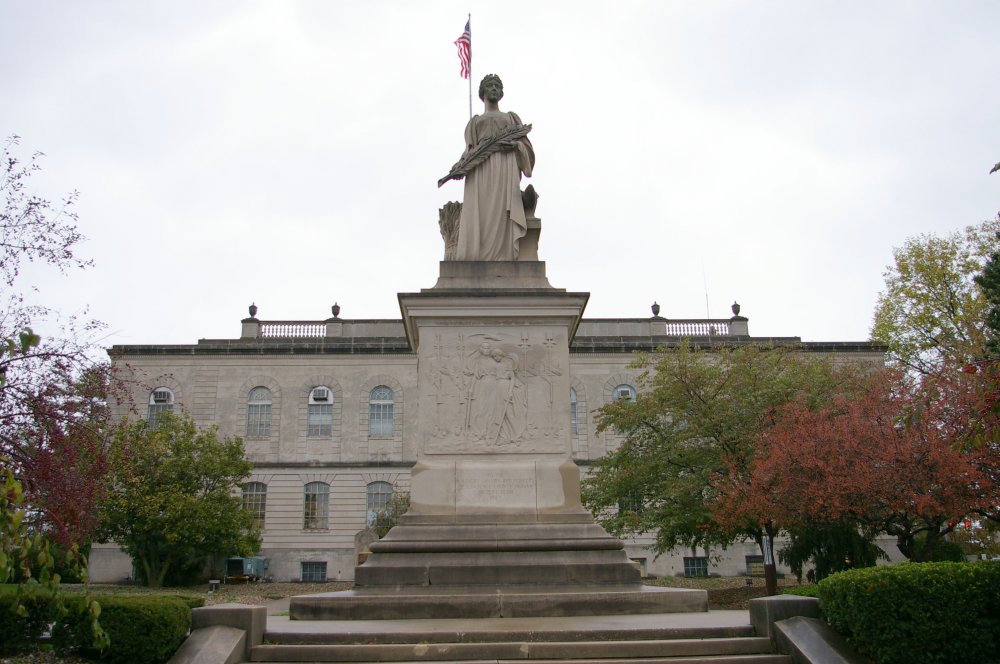 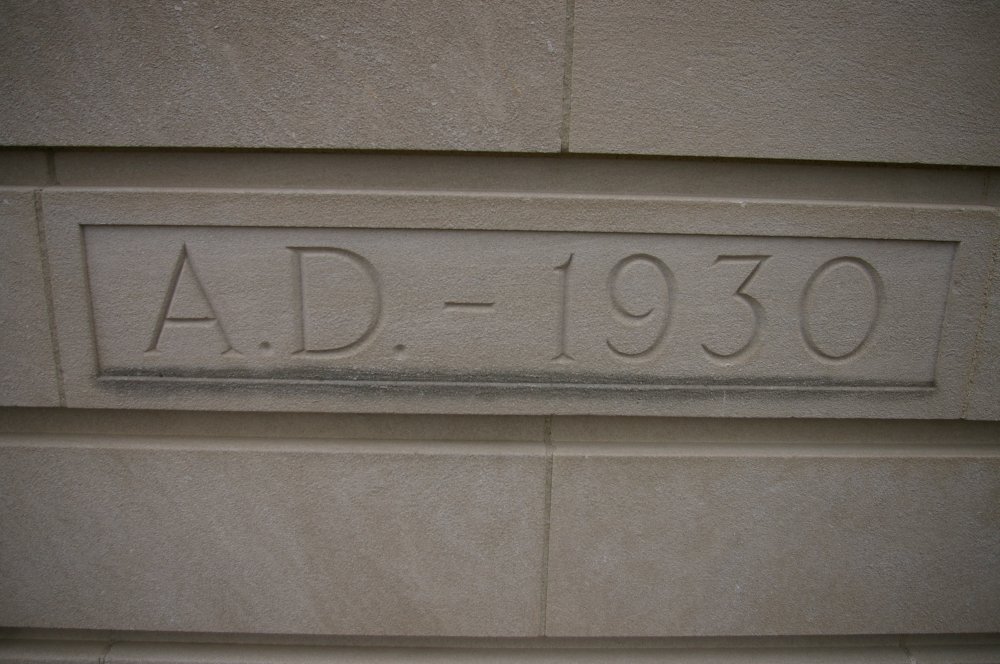 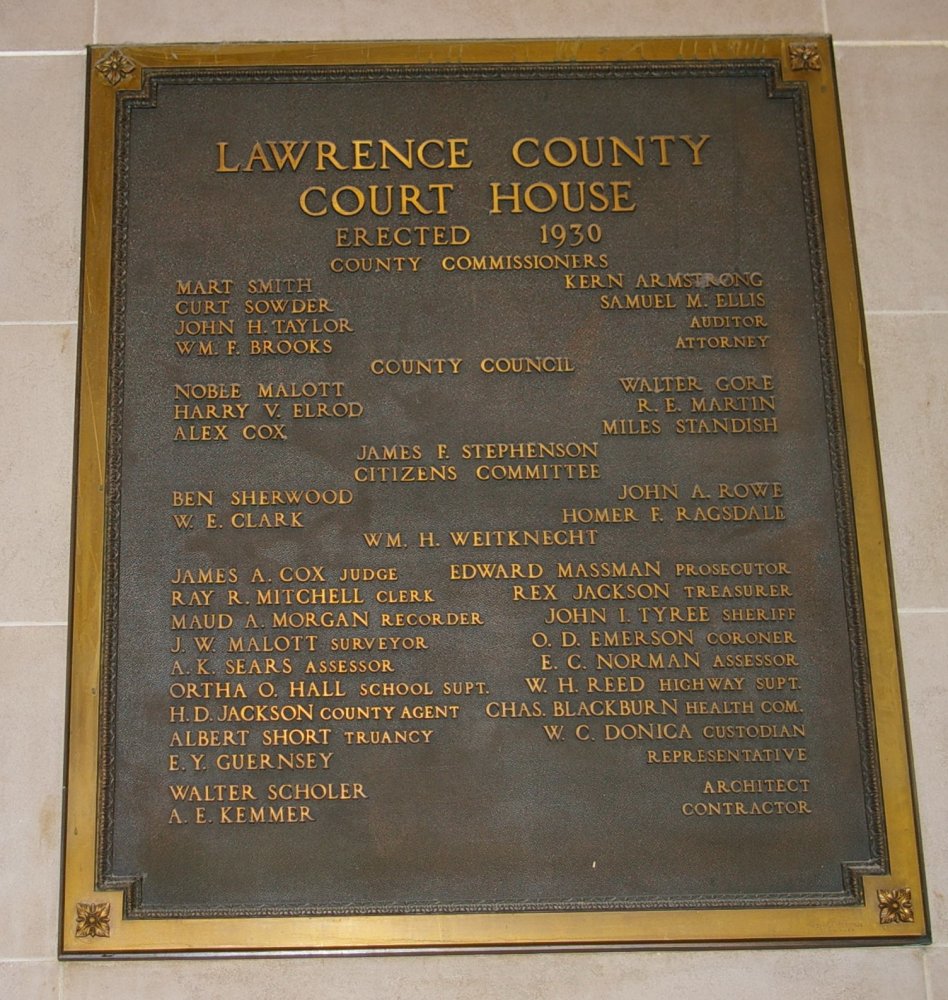 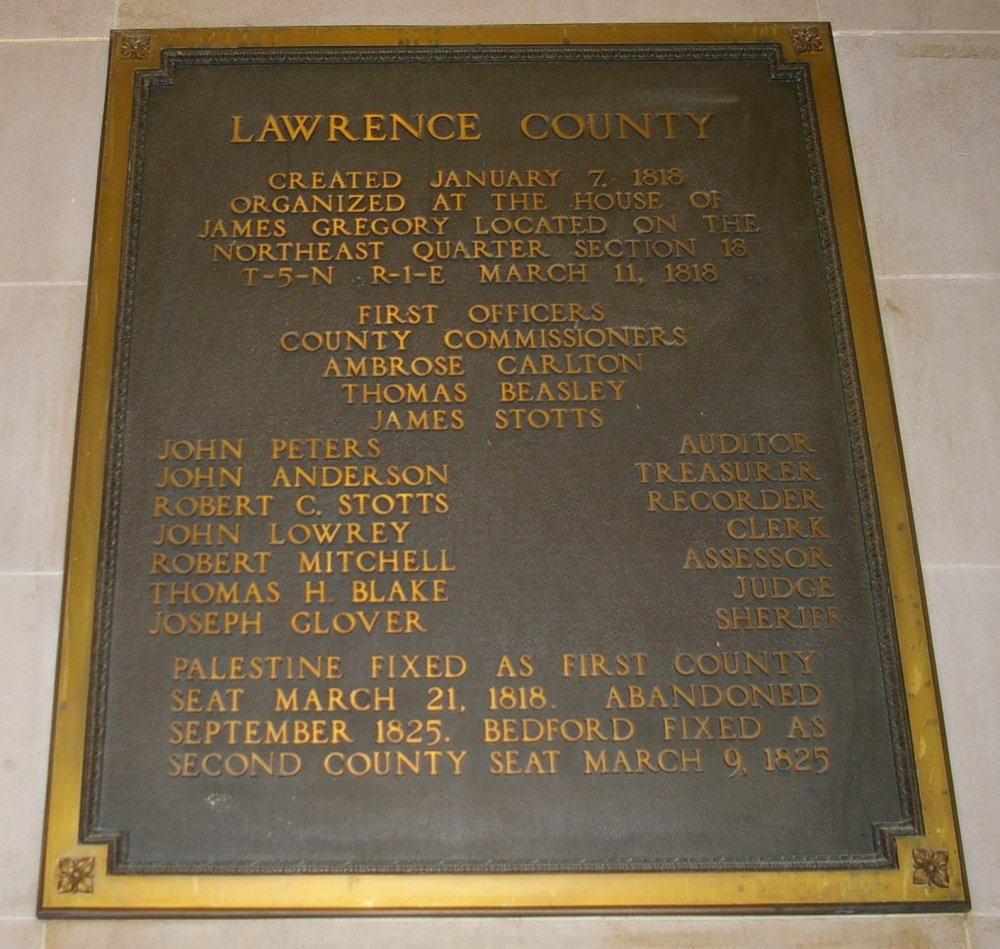