Jennings County is named for Jonathan Jennings, who was the first Governor of Indiana and a nine term congressman.

Description:  The building faces west and is a two story red colored brick structure. The west entrance has an arch above the entrance which is trimmed with stone. On the northwest corner rises a five story square clock tower with wide cornice at the top. Stone trim decorates the windows. The building was restored in 1986. The architect was Mozingo Associates Architects Inc. and the contractor was Taylor Brothers Construction Company. Description:  The building faces south and is a two story red colored brick structure. The south front has a one story porch on the west side. The center section has three long arched windows. On the southwest corner is a three story tower with windows on the third story. 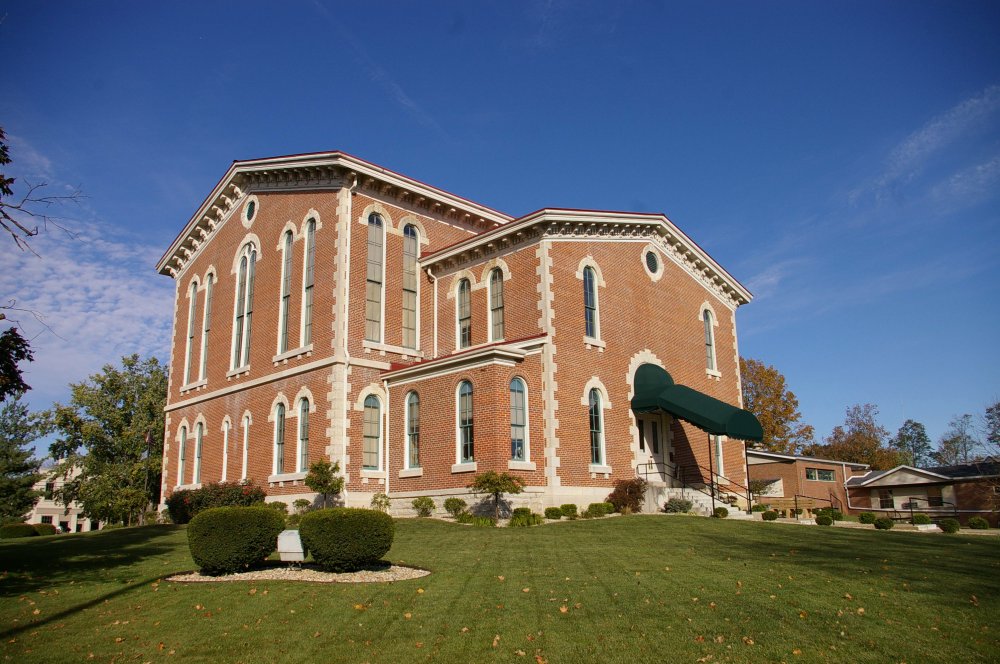