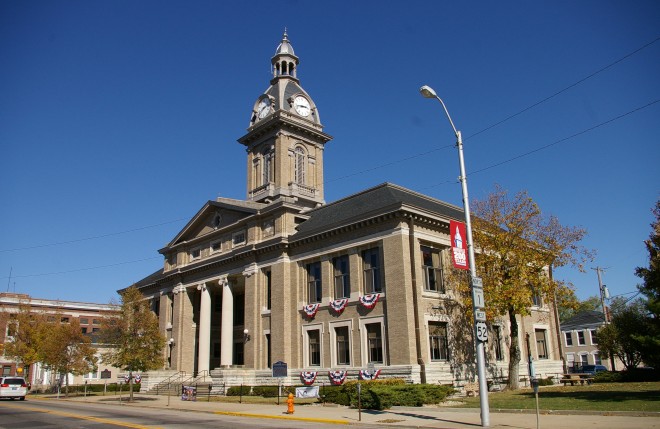 Description:  The building faces west and is a two story brown colored brick and concrete structure. The building was remodeled in 1878. In 1910, the building was remodeled as a Neo-Classical style structure and completed in 1912. The building is located on the landscaped grounds of the Courthouse Square in the center of Brookville. There is a large portico on the west front supported by two large columns. The base of the building is stone with stone trim surrounding the windows. On the center of the roof is a square brick clock tower with small cupola at the top. The building houses the County Circuit Court of the 18h Judicial District. In 1878, the architect was Elmer E Dunlap and Marshall E Van Arman and the contractor was Isaac W Millikin. The building was renovated in 1973. The architect was Howard J Barth & Associates and the contractor was V H Juerling & Sons, Inc.

Note:  When the new tower and roof were constructed in 1877, the old roof collapsed due to material load and fell into ther courtroom along with the construction workers while court was in session but no one was injured, 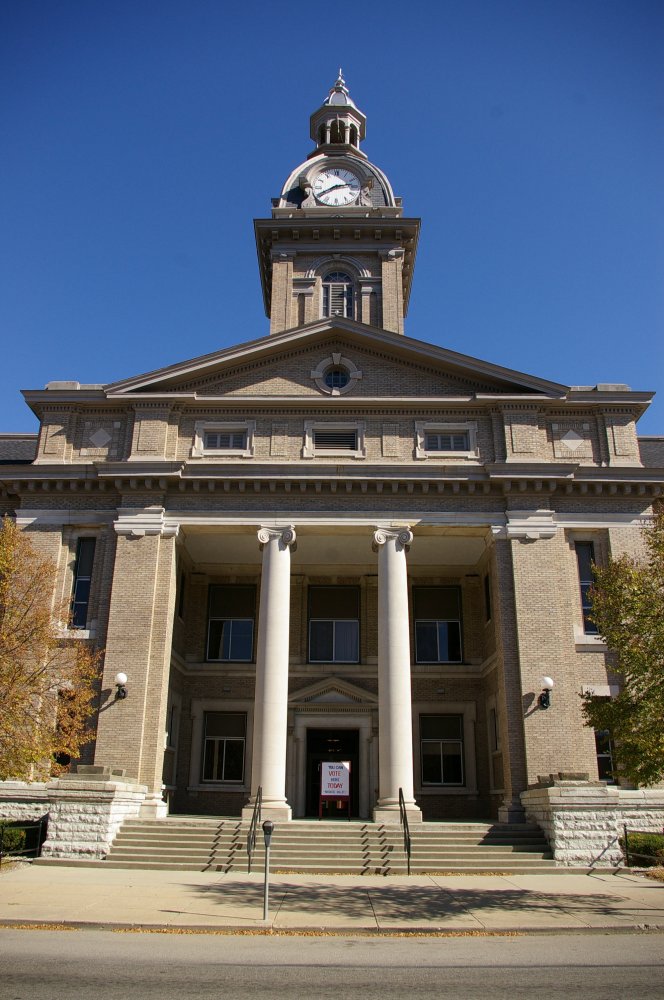 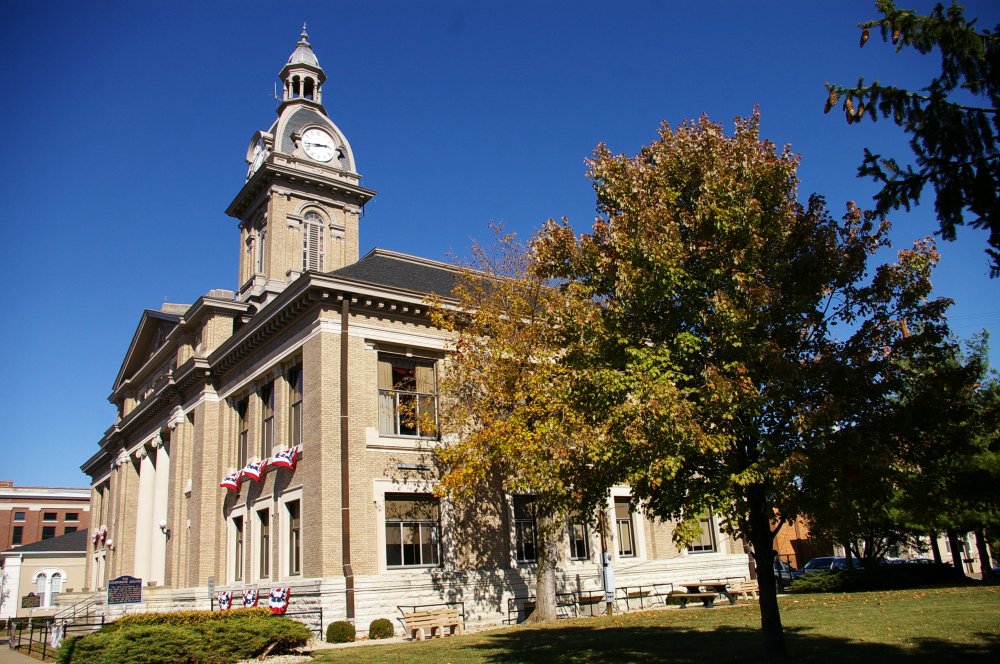 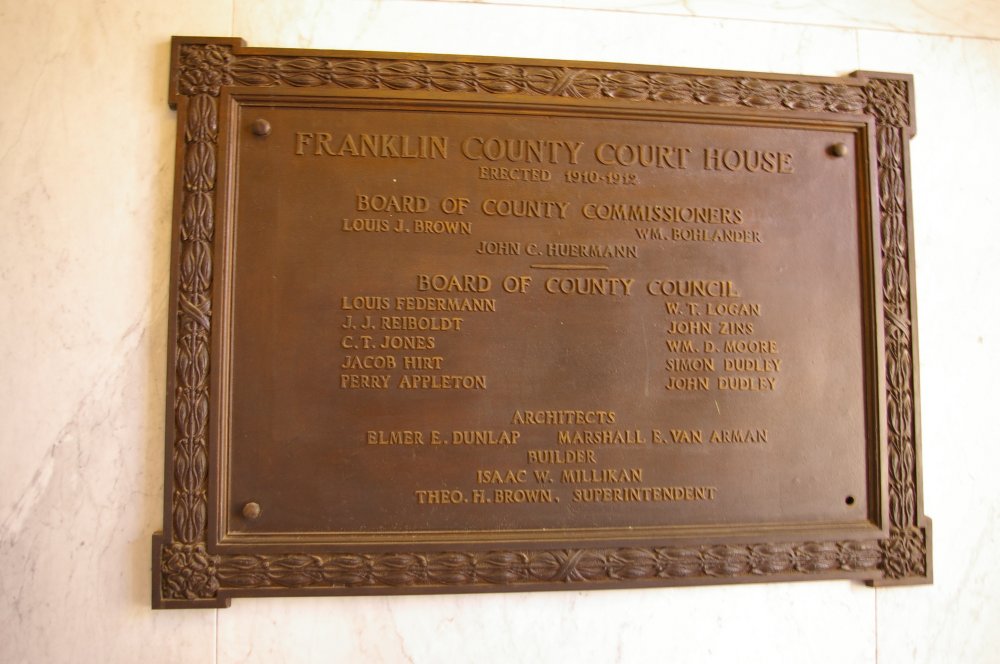 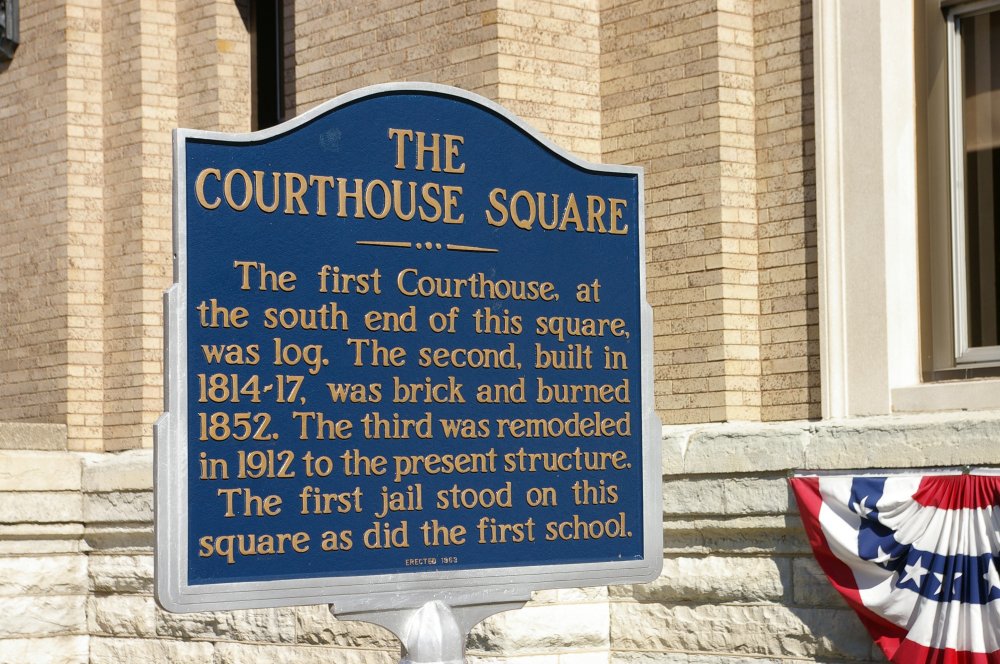