Description:  The building faces south and is a two story gray colored limestone structure. The limestone was quarried locally. The rectangular shaped building is located on the landscaped grounds of the Public Square in the center of Salem. The building is rock faced. The south side of the front has a porch with five arches and recessed entrance. Above are five long arched windows with a peaked roof above. On the north side rises a high stone tower with clock and round open tower above with a conical roof. The clock faces are six feet in diameter.  In the interior are broad corridors and high ceilings. The floors in the basement and first story are stone. Iron balusters grace the stairs. Each room contains a fireplace.Stairs on the east side of the entrance lobby ascend to the second story where the courtroom is located in the northeast corner. The courtroom is forty feet by sixty feet and eighteen feet in height with the judge’s bench at the west end. The building houses the County Circuit Court and the County Superior Court of the 24th Judicial District. In 2018 the tower was restored. The architect was RATIO Architects and the contractor was General Restoration Corporation of Columbus, Ohio. 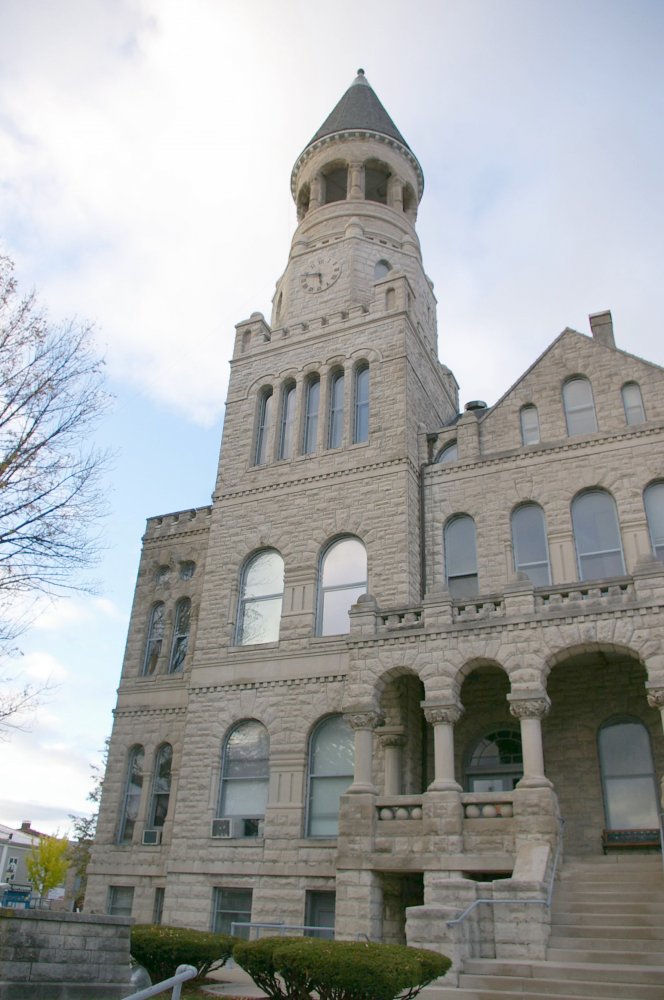