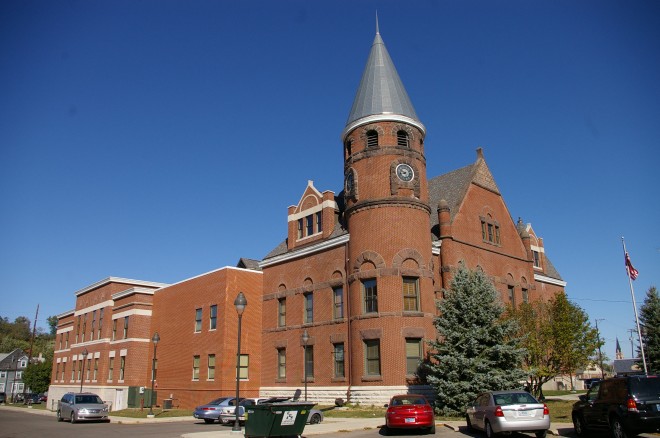 Fayette County is named for Marie Joseph Paul Lafayette, who was a French general who fought in the American Revolutionary War and who lived from 1757 to 1834. 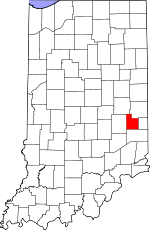 Description:  The building faces east and is a two story red colored brick structure. The original building was designed and built by John Elder in 1847 to 1849 and rebuilt in 1890 to 1891. The building is located on landscaped grounds in the center of Connersville. On the southeast corner is a large round brick clock tower with conical roof. The east front rises to a peaked roof line. A smaller tower is on the northeast corner. In the interior of the old section, the building retains many of its historic features, both from the 1840s and from the 1890 rebuilding. Industrial tile floors, plaster walls, oak moldings, and gray colored marble wainscoting are common throughout the pre-1945 portion of the building. From the main entrance, visitors reach a double loaded corridor on the first floor, running north and south nearly the width of the building. There are similar staircases at either north or south end of the corridor, reached by passing through a broad plaster segmental arch. The second story has the main county courtroom extending the width of the front gabled projection. There are furring strips and mounted dark masonite wood paneling on the walls. The building houses the County Circuit Court and County Superior Court of the 18th Judicial District.  The architect was W F Kaufman of Richmond and the contractor was Dorrus Ready & Company. Additions have been added on the west side. 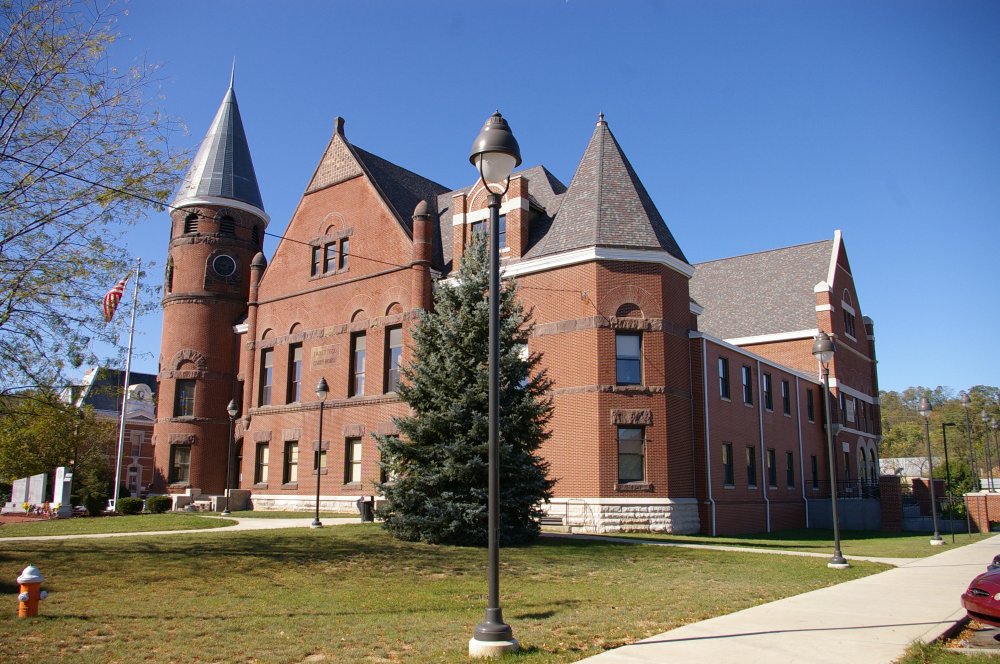 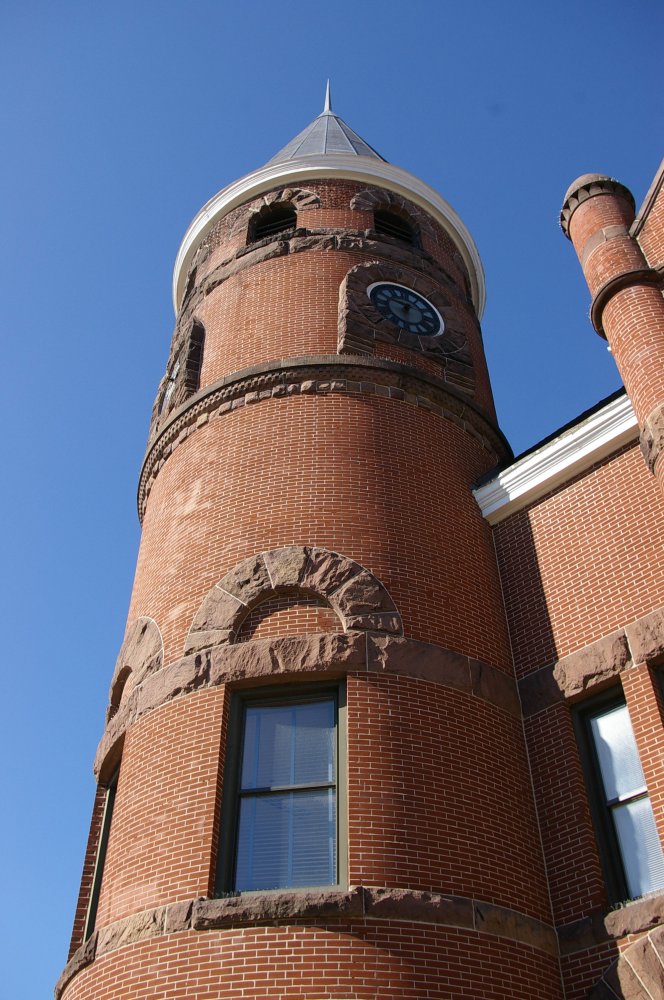 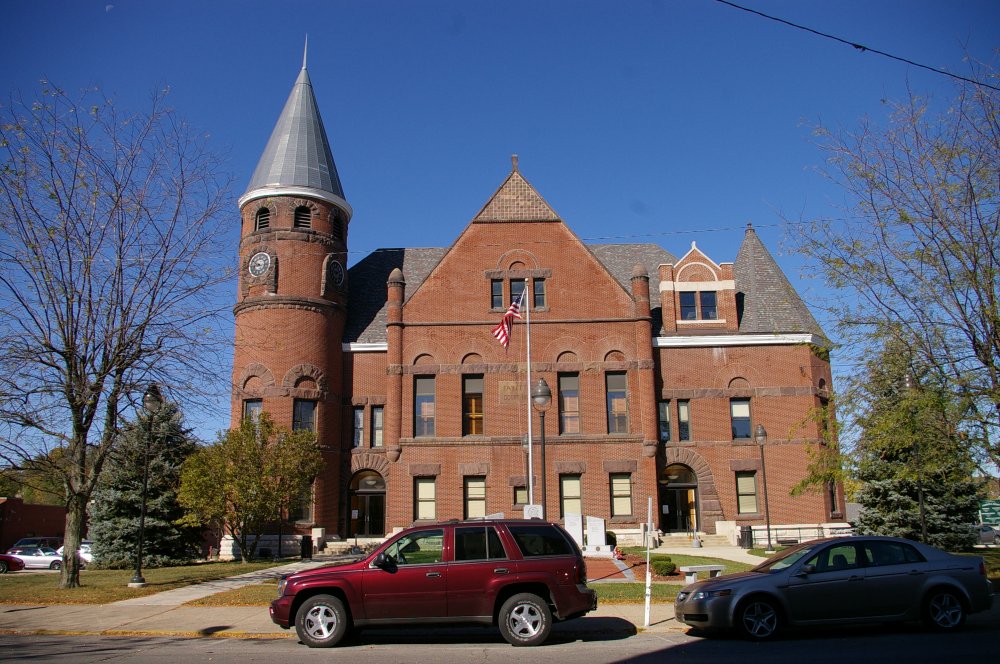 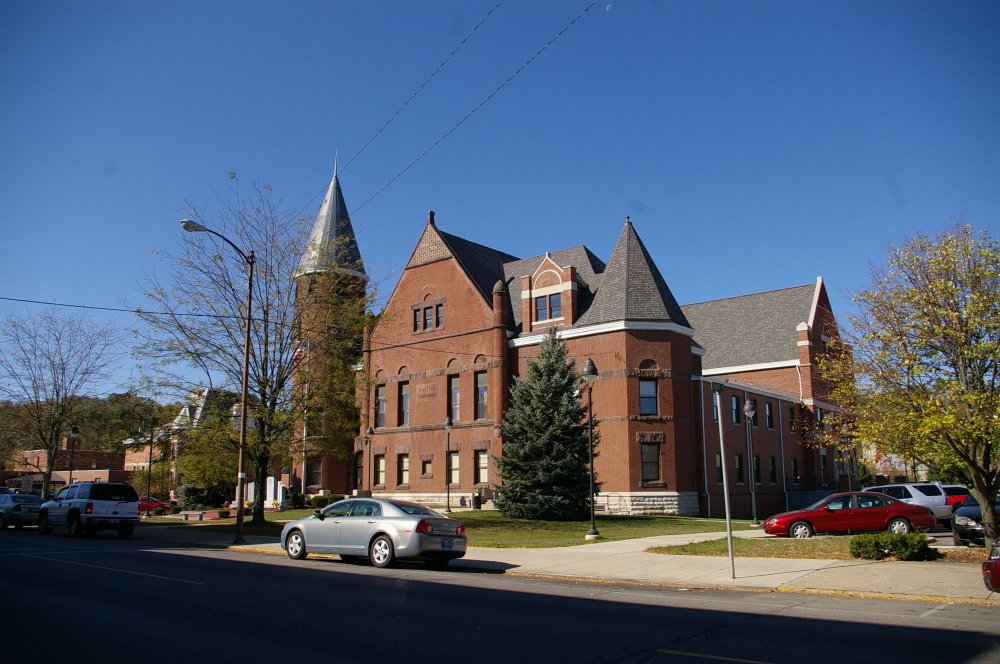 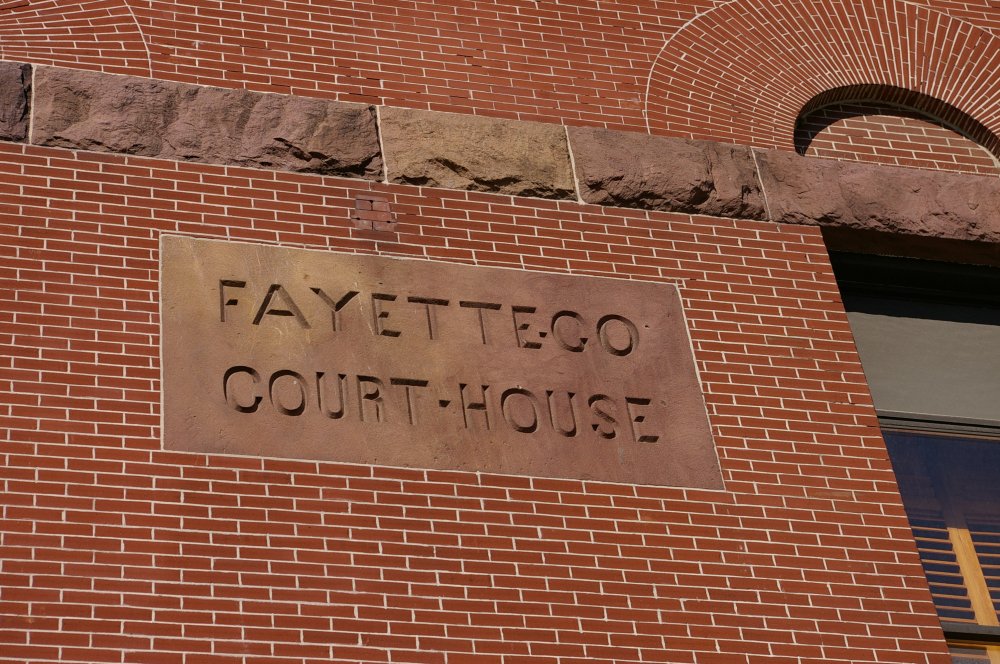 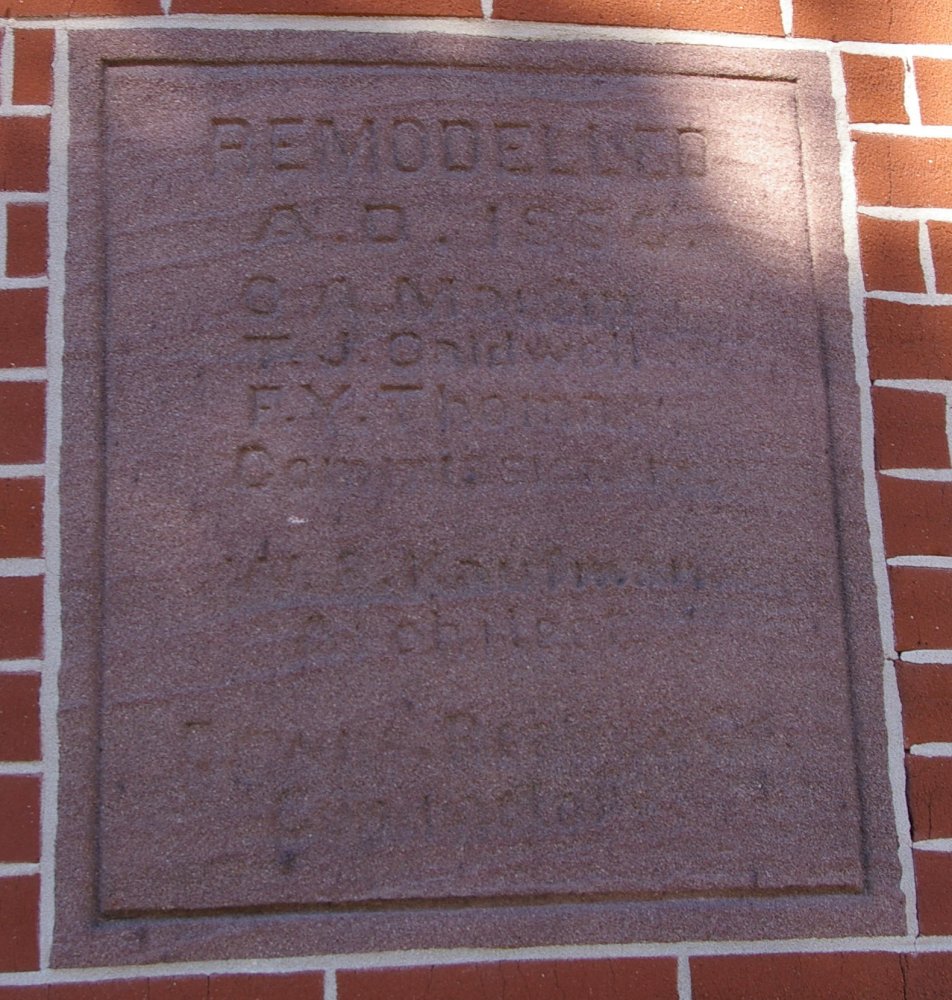 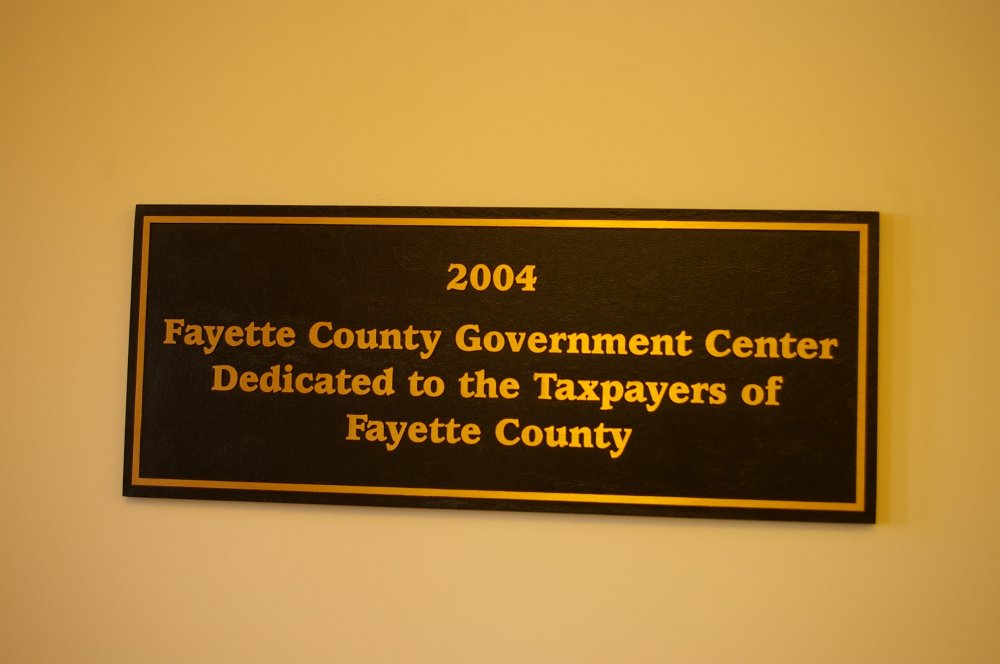