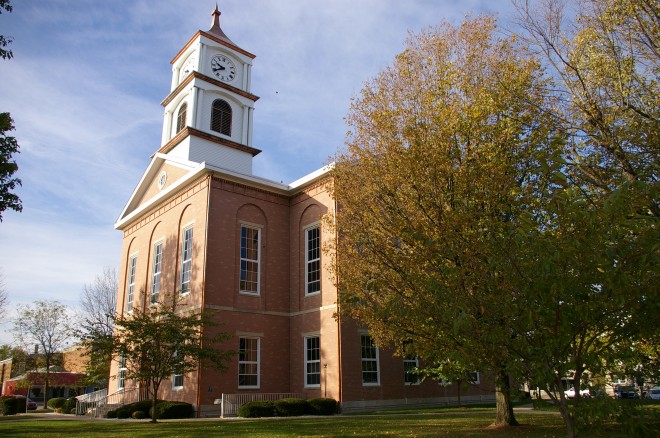 Ripley County is named for Eleazer Wheelock Ripley, who was an officer in the War of 1812 and who fought at the Battle of Lundy’s Lane in 1814.

Description:  The building faces east and is a three story red colored brick structure. The building is located on the landscaped grounds of the Public Square in the center of Versailles. The east front projects from the main building and rises to a pediment at the roof line. Above the pediment rises in tiers a square white colored wood clock tower. There are stone headers above the windows. In the interior on the first story there is a large stair hall in the east wing, Terrazzo floors, gray colored marble wainscoting and a spacious central hall. The second story contains the Circuit Court courtroom. The third story contains the Superior Court courtroom. The building houses the County Circuit Court and County Superior Court of the 22nd Judicial District. The building was remolded in 1912 by Barringer and Tinulty of Cincinnati, Ohio. In 1971 to 1971, the building was renovated with the addition of the third story. The architect was David B Hill and Associates of Seymour and the contractor was W A Gutzwiller. Exterior renovation were completed in 1992. The contractor was Howard J Barth & Associates, Inc. 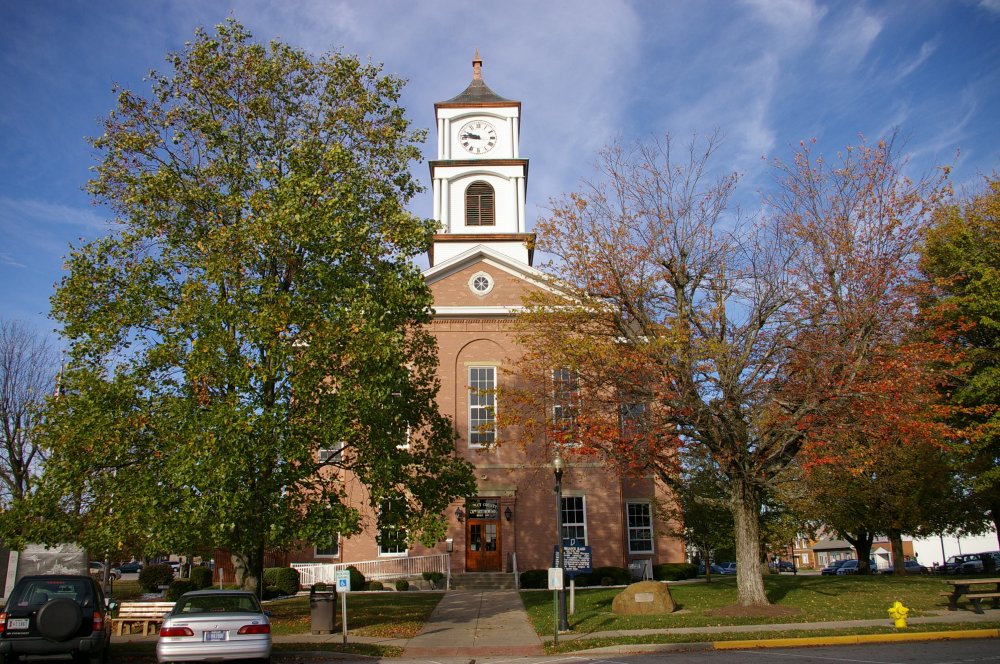 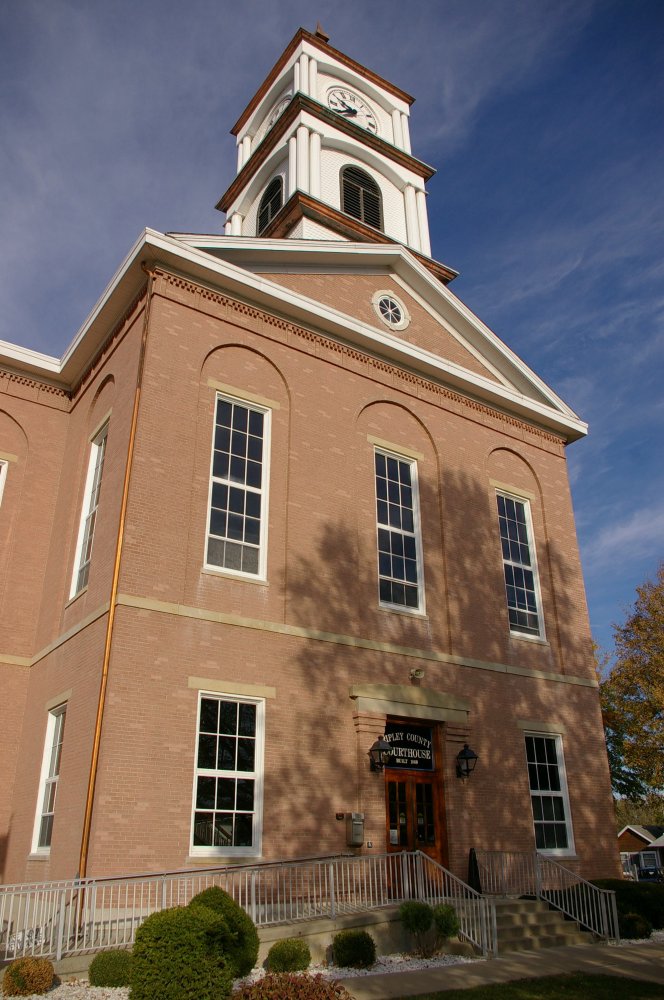 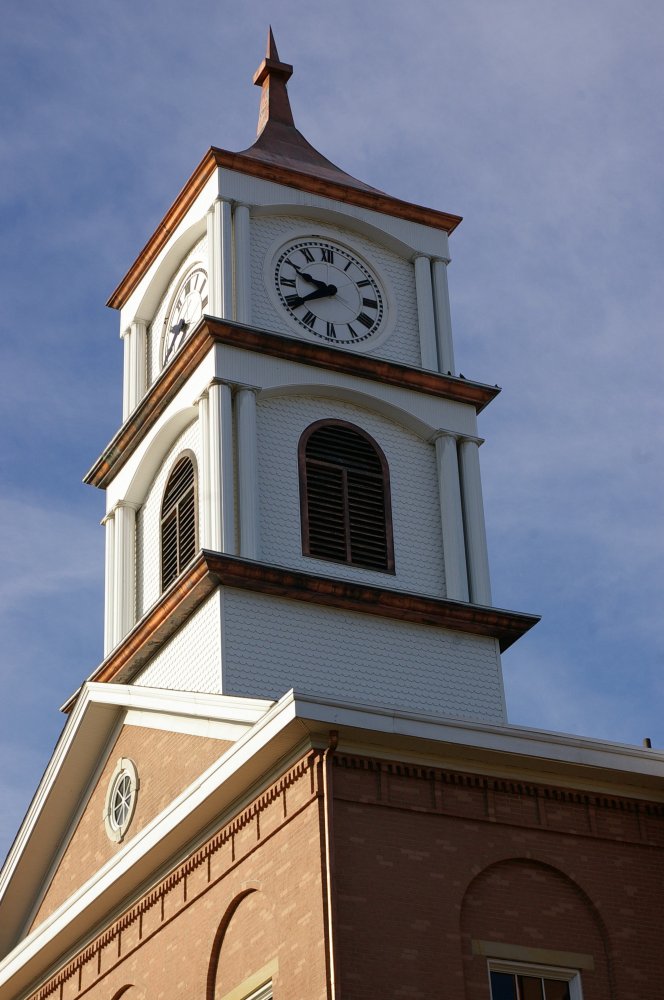 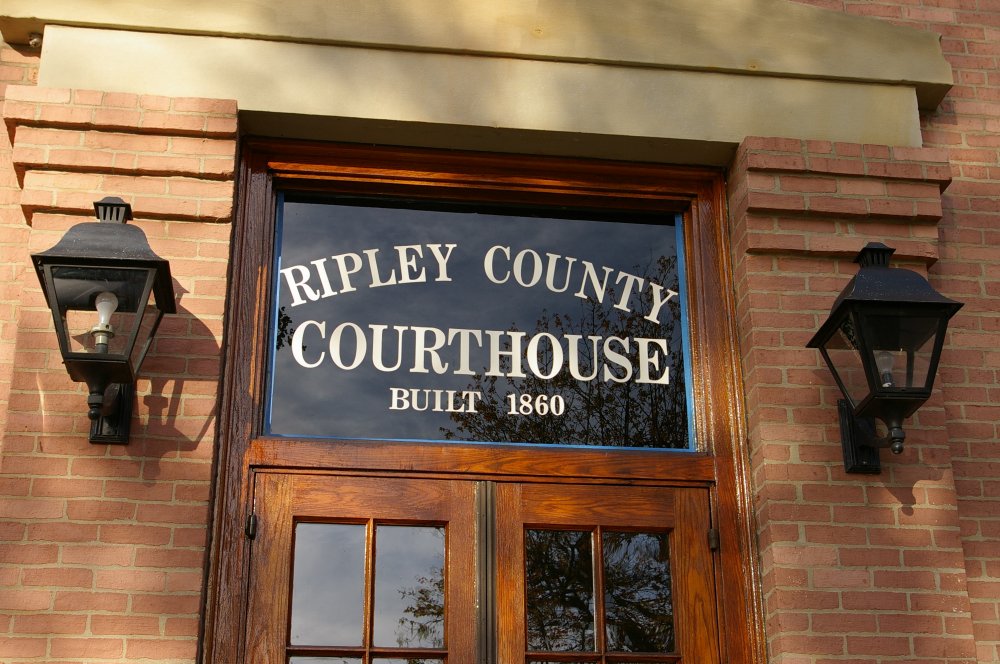 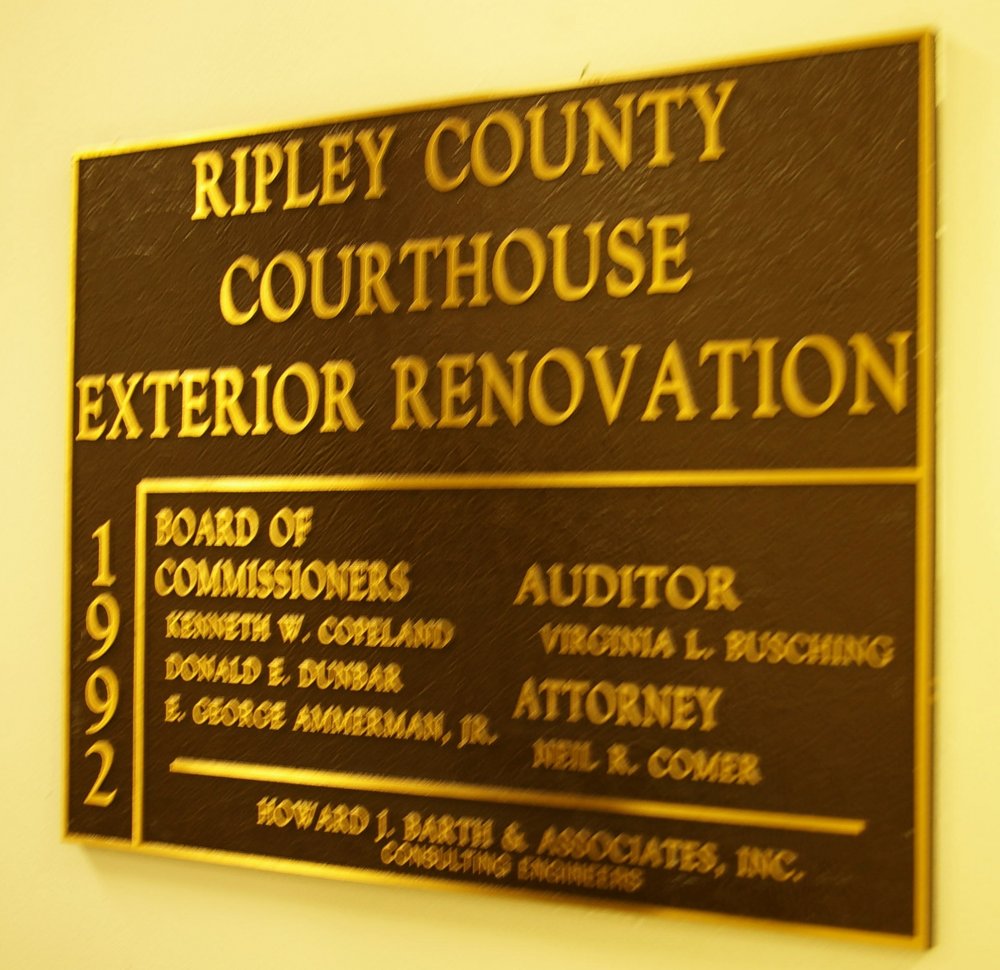