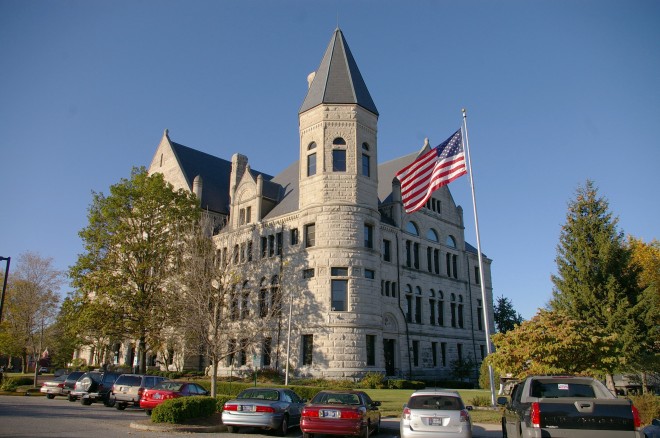 Wayne County is named for Anthony Wayne, who was a General in the American Revolutionary War, and who lived from 1745 to 1796. 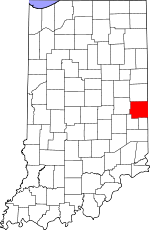 Description:  The building faces east and is a three story gray colored stone structure. The building is located on landscaped grounds in the center of Richmond and is “U” shaped. The walls are brick with a veneer of Indiana limestone. The complex roof of hips and gables is steeply pitched and covered with asphalt tiles which replace the original slate. The east center has three arches on the first story and arched arches on the second story. Above are narrow vertical windows on the third story with a large arch bisected by small windows and reaching a peak at the roof. On the northeast corner is a three story octagonal tower with step black colored roof. The interior is laid out around a central stairhall which rises from the basement to the ceiling of the third floor in an open well approximately 16 feet square. The wide stair from the first to the second floors has two straight runs with an intermediate landing. There are limestone risers, marble treads, and a heavy polished marble railing with large balusters. On the second floor the stair well is framed by polished red granite columns which support the arched walls of the well on the third floor. Most of the golden oak and glazed tile fireplaces are still in place. The courtrooms are located on the second story. 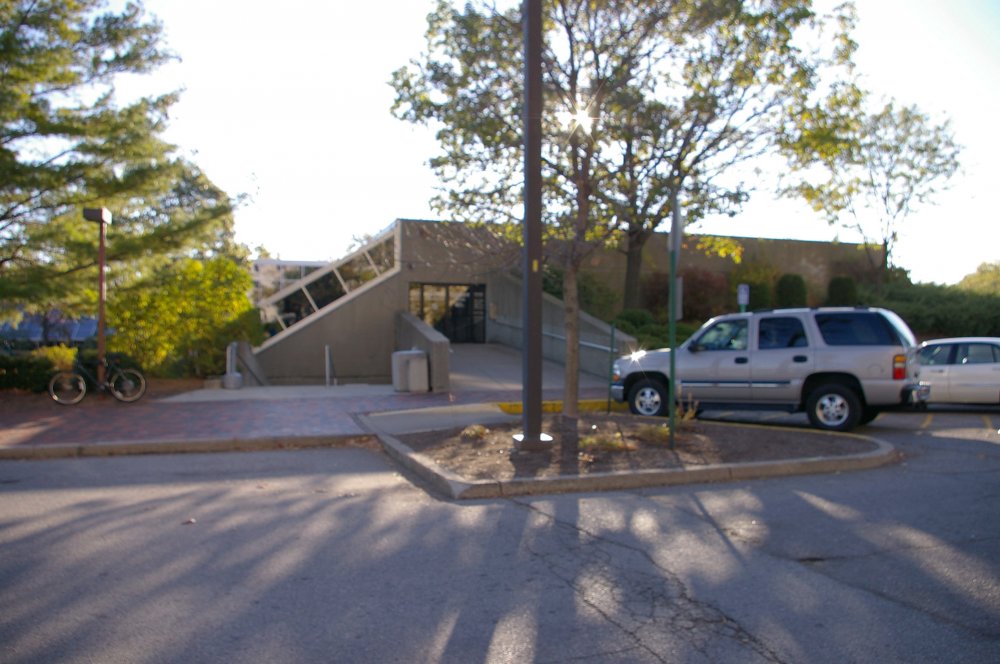 Description:  The building faces west and is a two story concrete and glass structure. The building is located on landscaped grounds in the center of Richmond on the east side of the courthouse. The building in “L” shaped with the first story below ground level. The west side has sloped glass panels. The roof line is flat.

Description:  The building faces south and is a two story red colored brick structure. The building is located on landscaped grounds in the center of Centerville. The south front has a slightly projecting center section rising to a pediment at the roof line and with recessed arched entrance on the first story and ached window on the second story. There are double arched windows. The building is now the Centerville-Center Township Public Library.  A large addition was added on the west and north sides while preserving intact the south-facing front façade of the original jail. It was dedicated in December 1999.

Description:  The building was built in 1952 and faces south and is a replica of the 1811 County Courthouse built by William Commons in Salisbury. The building is located on landscaped grounds in the center of Centerville and is a two story log cabin structure with central entrance and vertical windows on the first story. The roof is hipped. 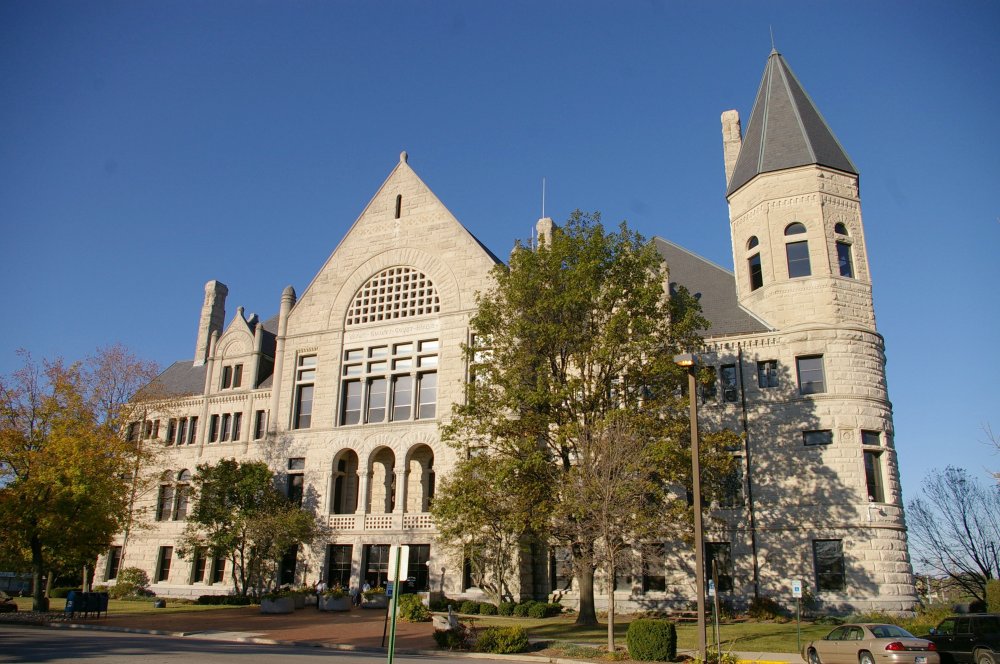 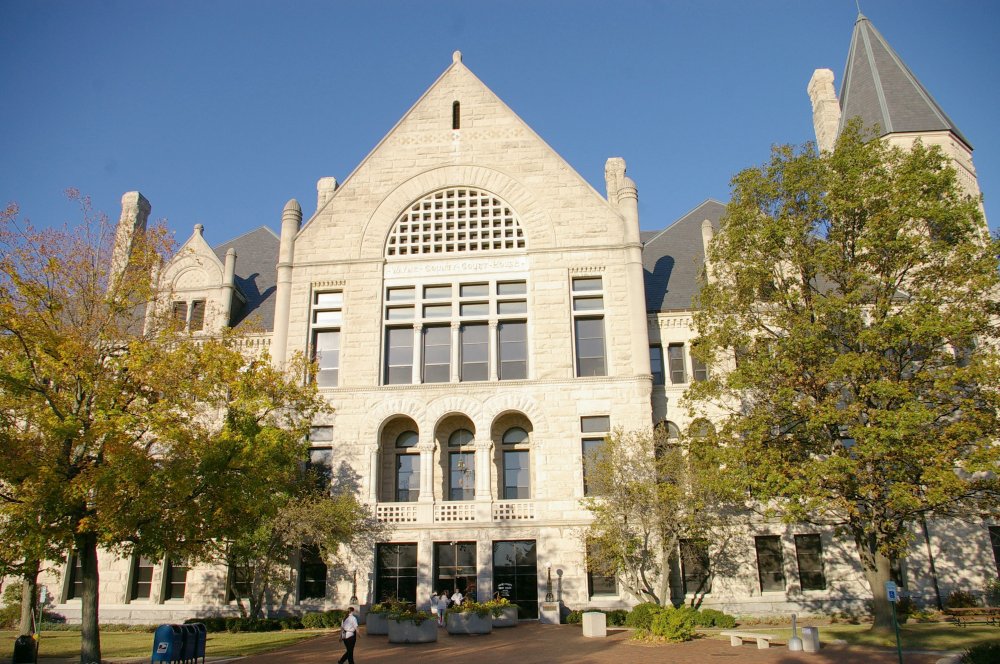 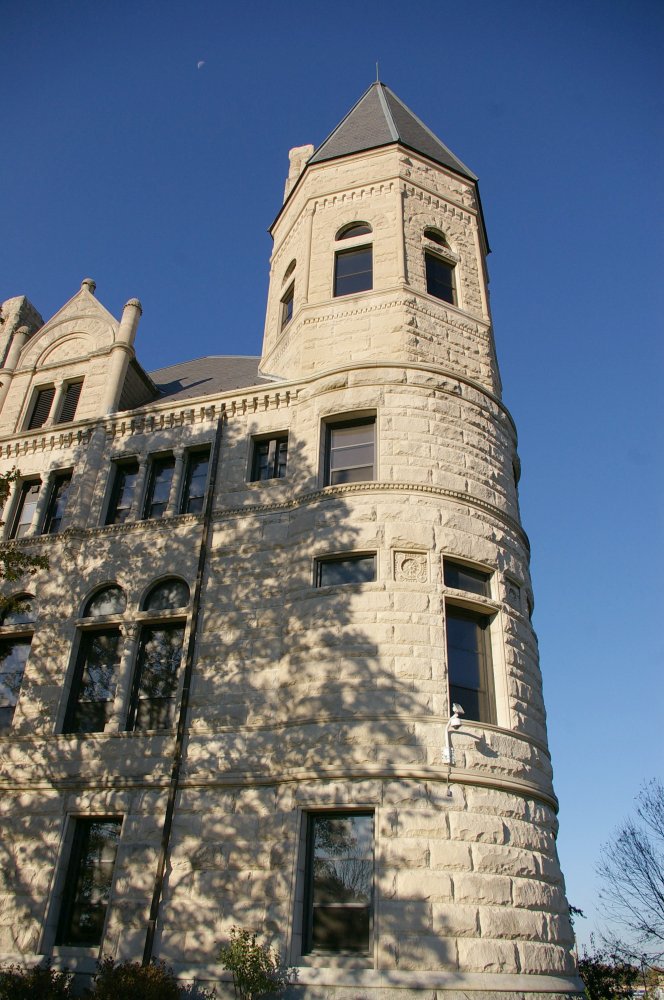 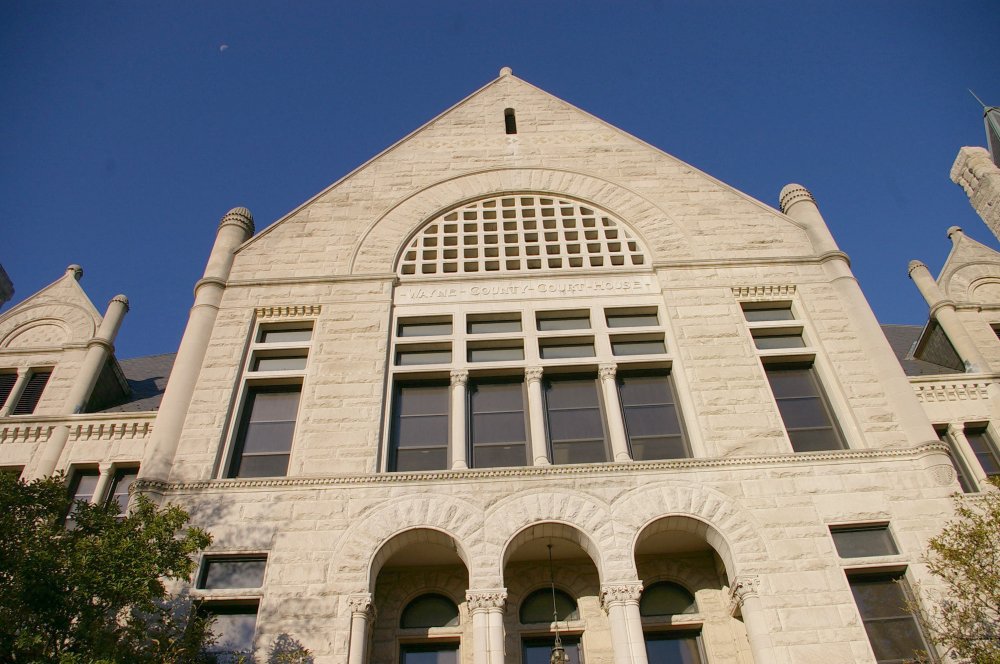 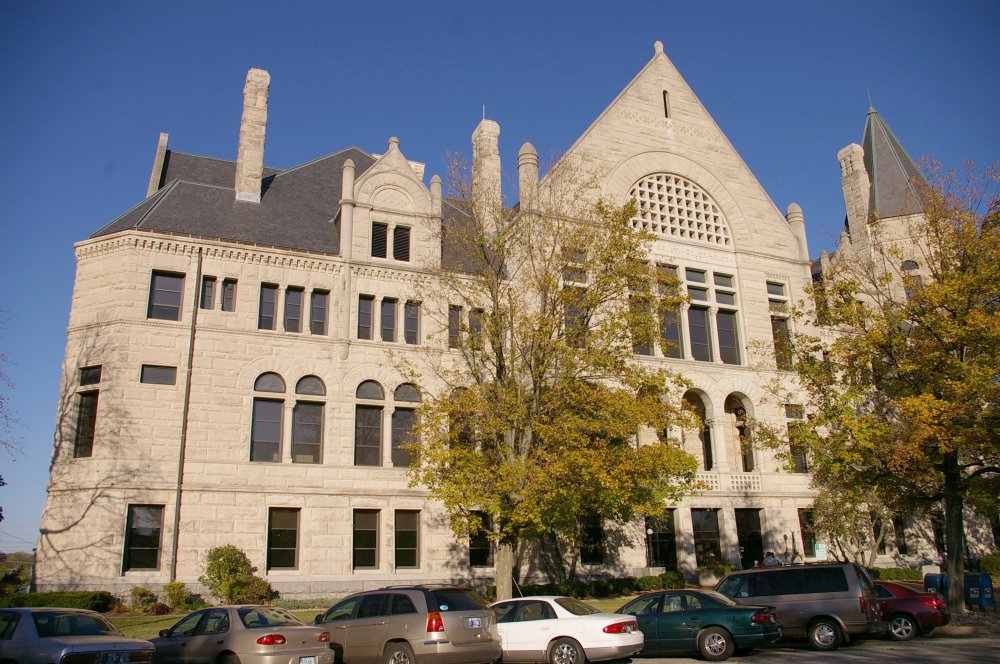 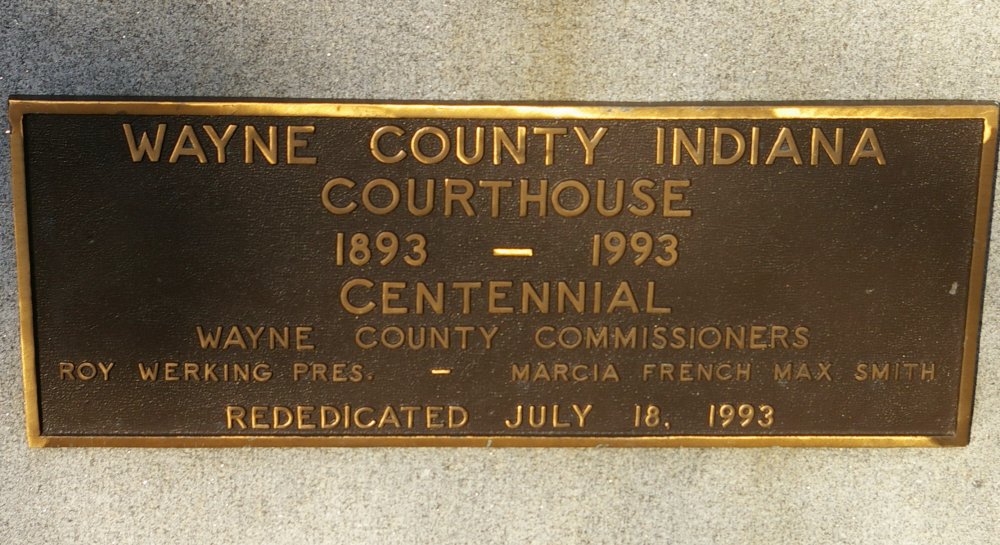 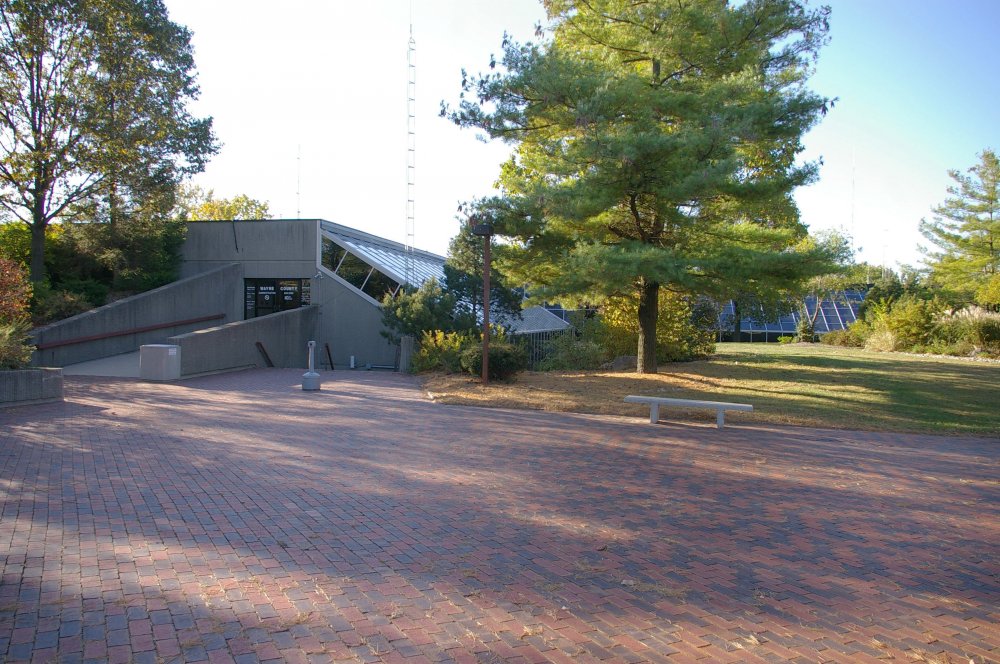 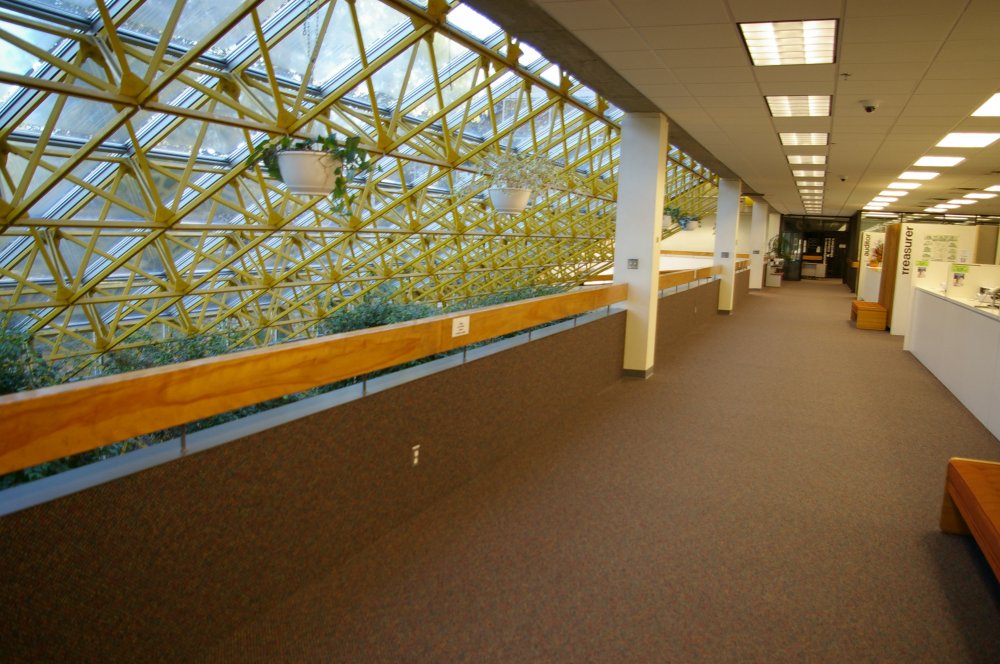 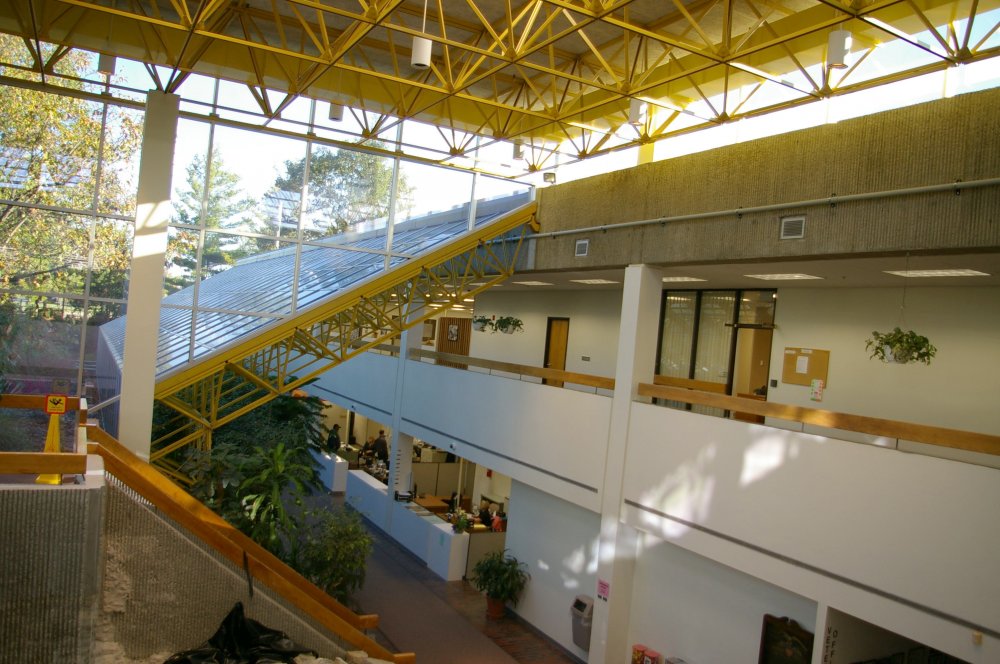 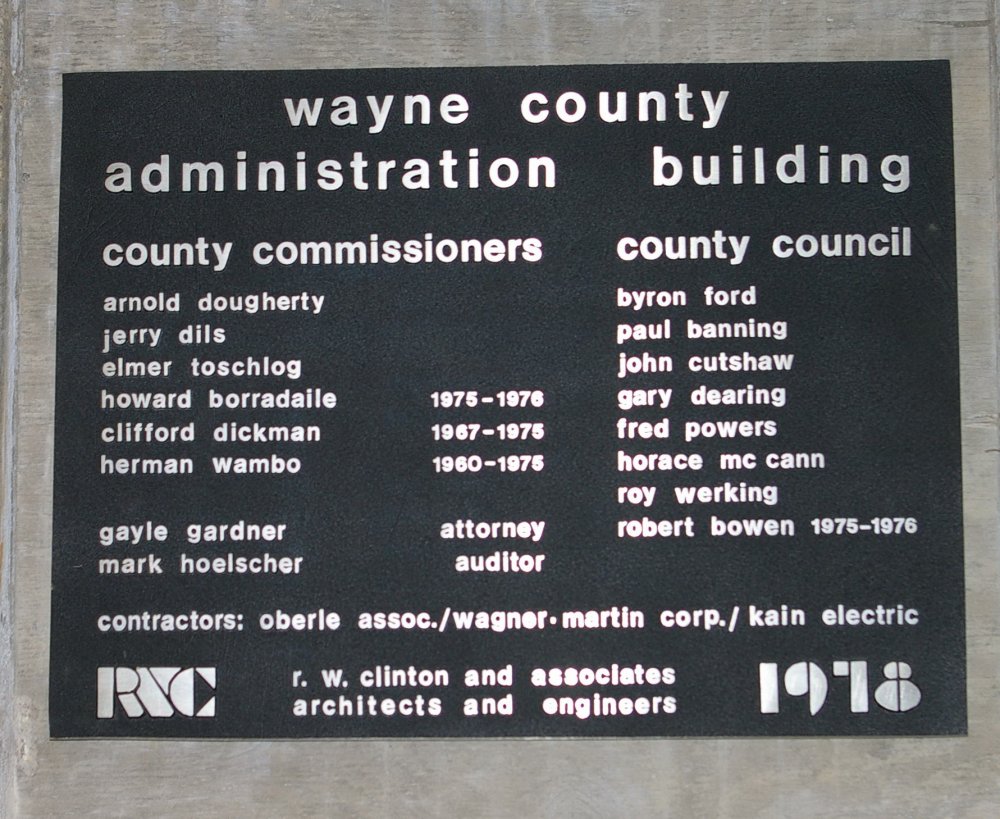