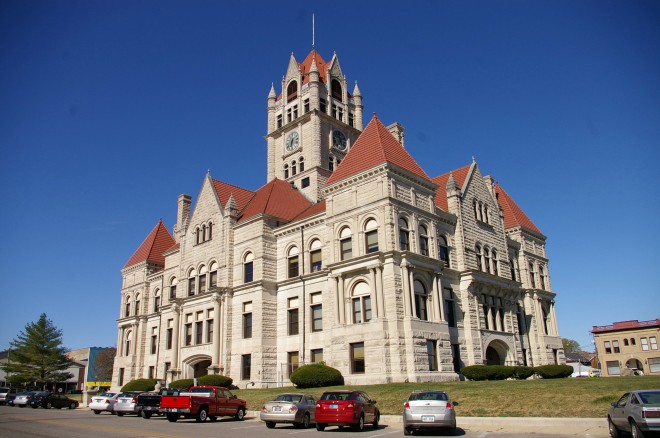 Rush County is named for Benjamin Rush, who was a doctor and a signer of the Declaration of Independence.

Architect:  A William and Edwin A Rush of Grand Rapids, Michigan

Description:  The building faces west and is a three story gray colored stone and concrete structure. The building is located on the landscaped grounds of the Courthouse Square in the center of Rushville. On the each corner of the building is a large square stone tower with steep red roof. The center sections have arched entrances on the first story and rise to a peaked roof. On the center of the roof is a large square stone clock tower with peaked red colored roof. In the interior are marble wainscoting and plasters, and the floors are Venetian Mosaic. The walls are stone and the floors and ceilings are hollow file, flat arch construction. There are two large stained glass windows that are located on the third story. One of the windows presents the largest rendering by the state seal in existence. Much of the original quartered oak furniture and light fixtures are still intact. The coutroom is located on the west side of the third story. The building houses the County Circuit Court and County Superior Court of the 18th Judicial District.

See:  The architect, A William  and Edwin A Rush of Grand Rapids, Michigan designed courthouses in Fulton County and Pulaski County. 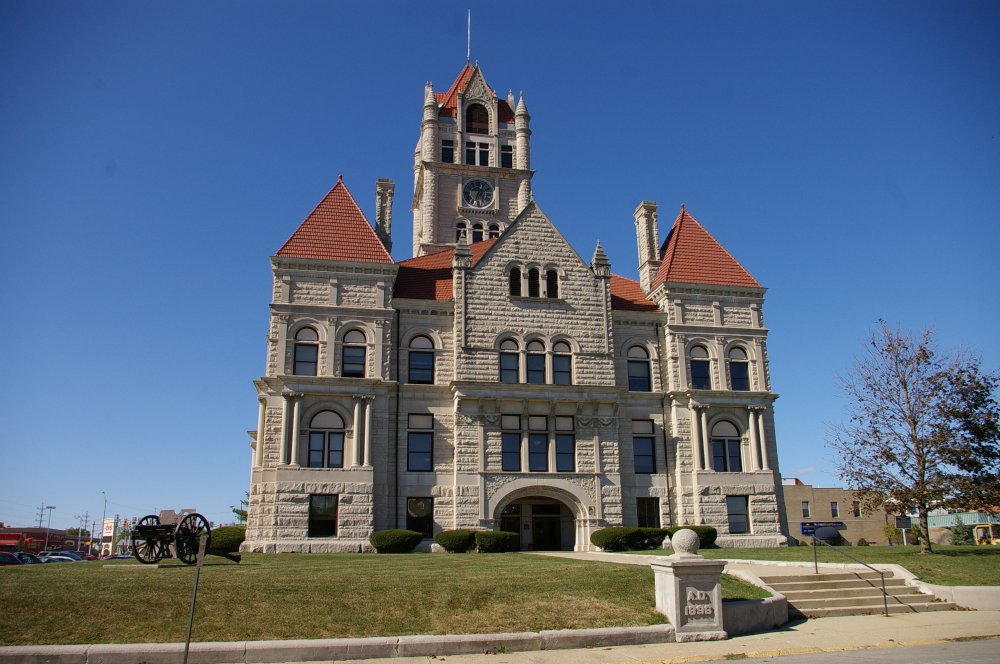 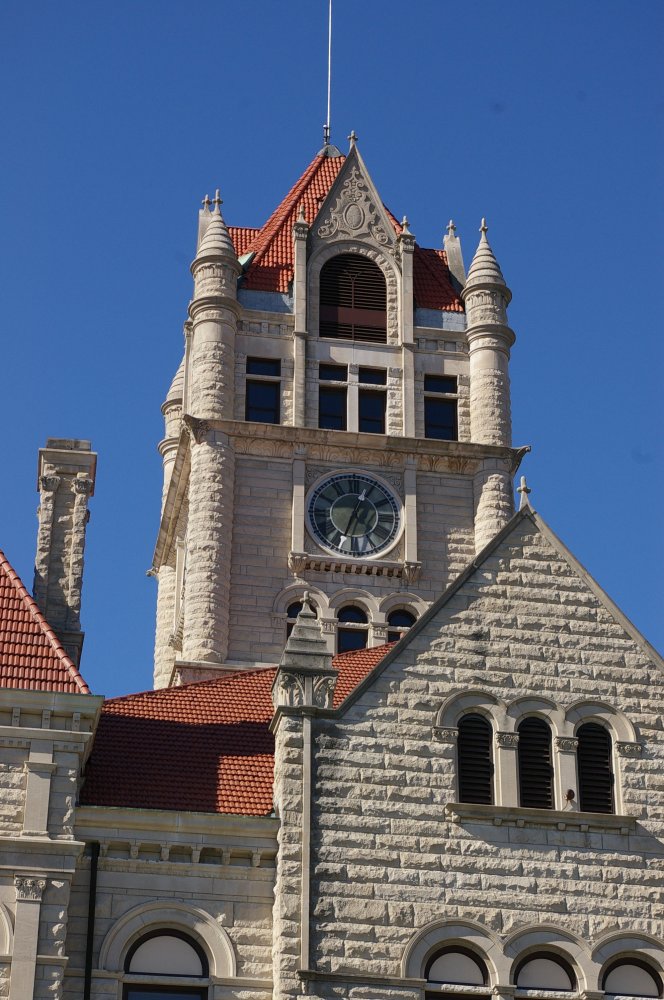 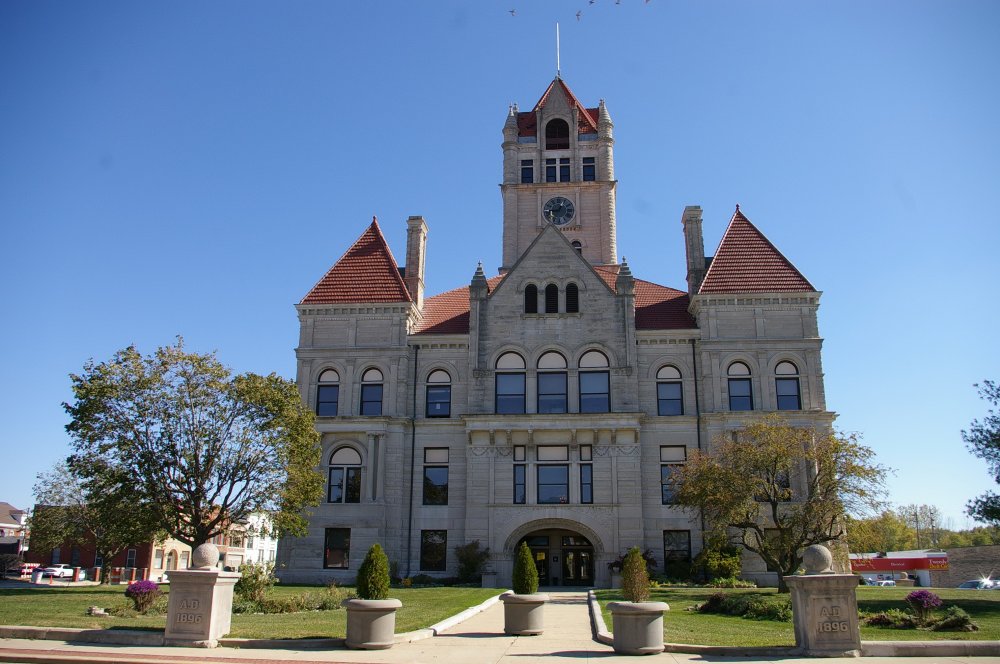 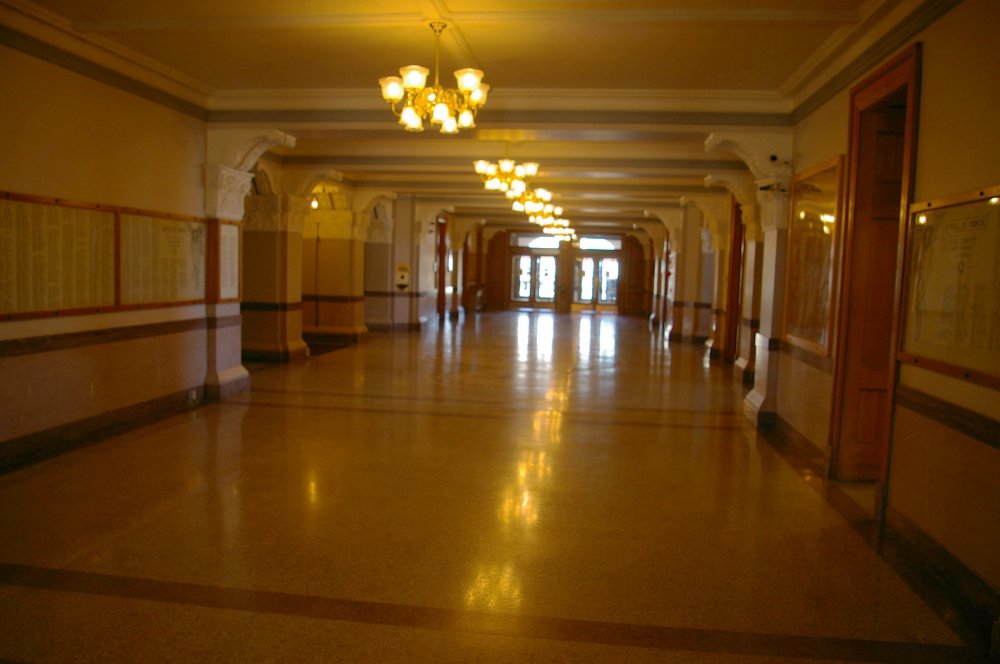 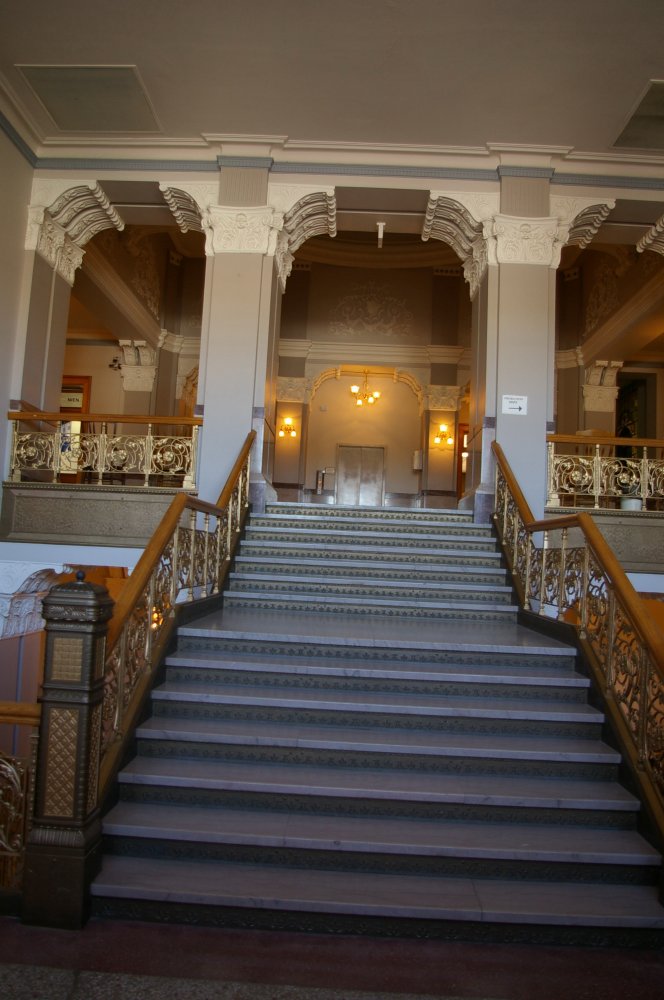 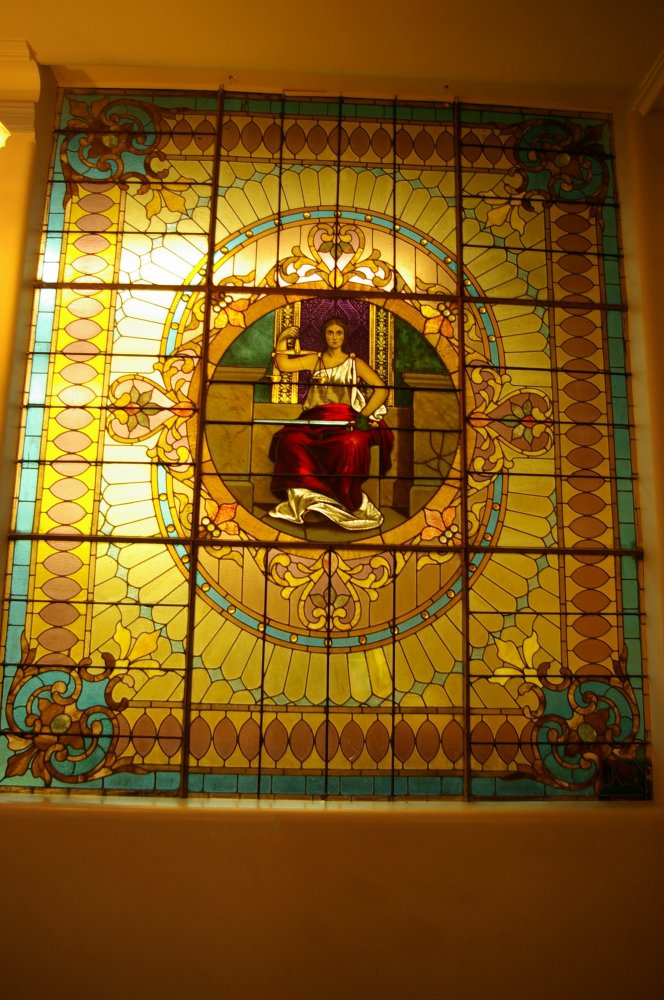 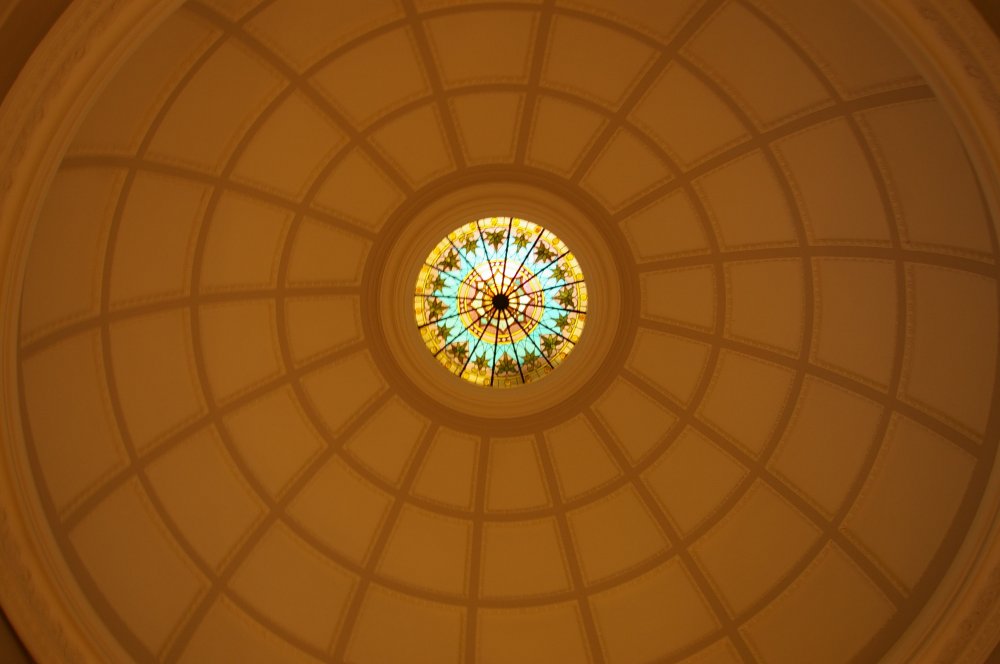 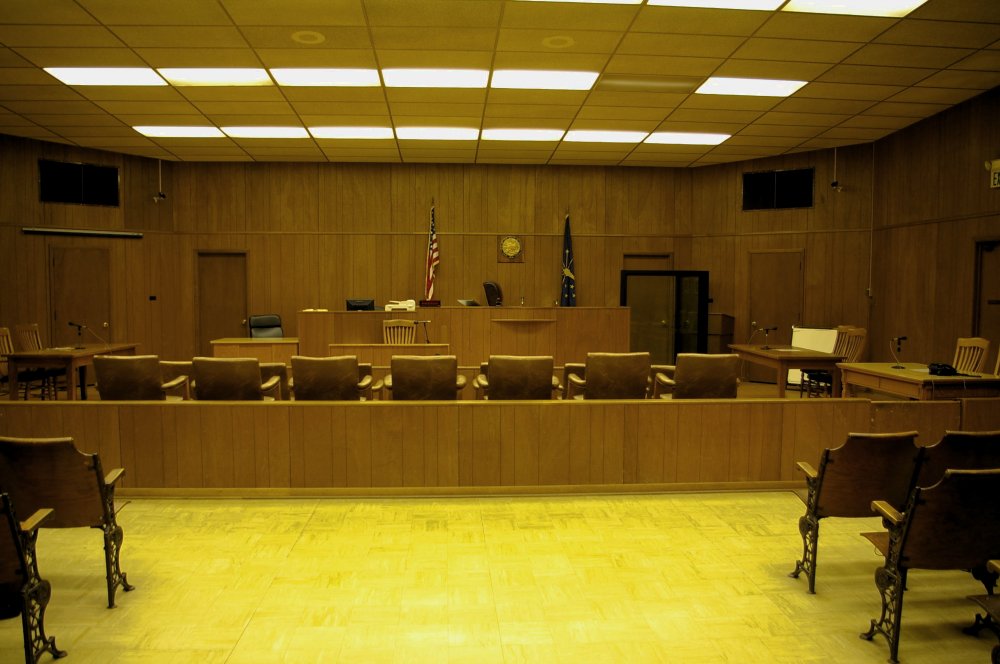 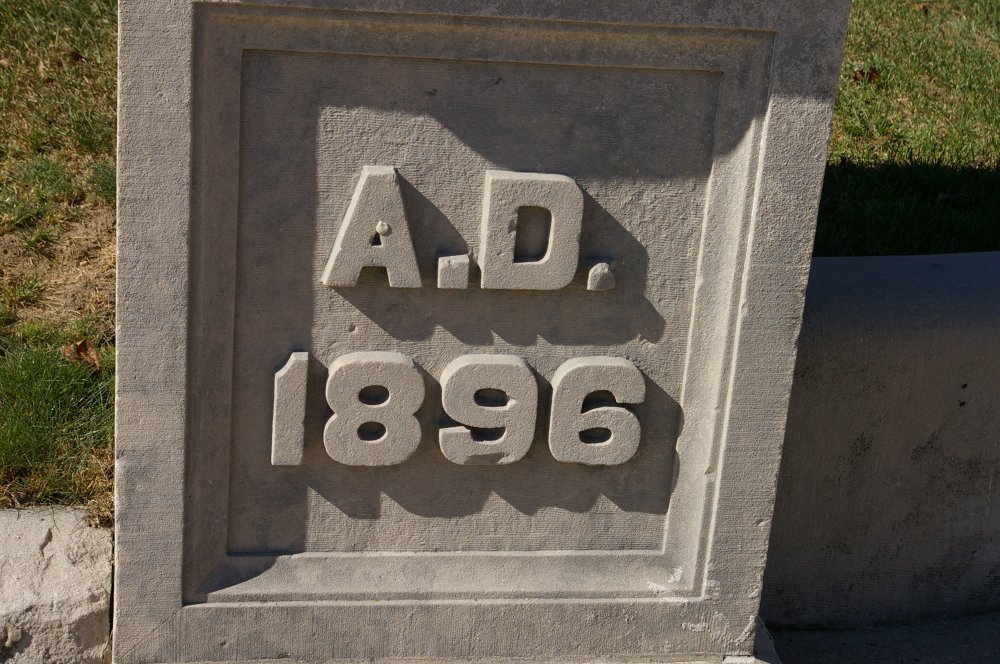 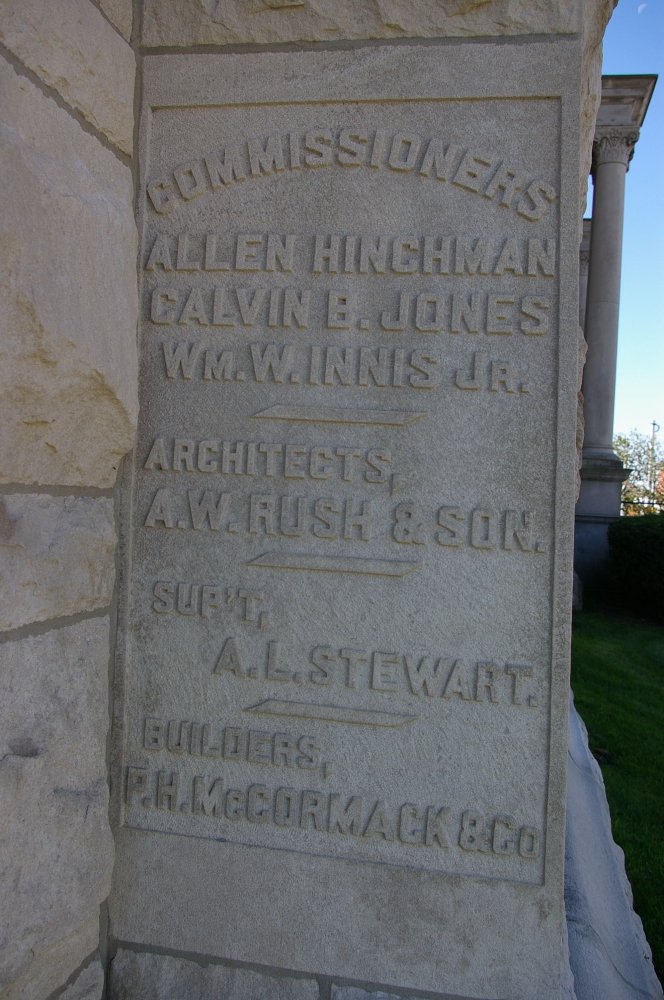