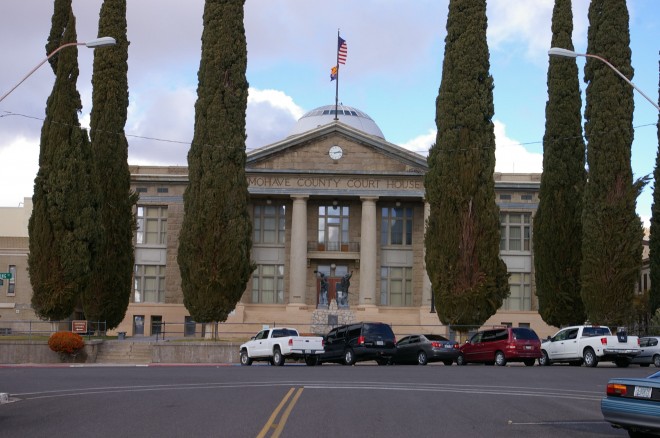 Mohave County is named for the Mohave an Native American people, one of the Yuma tribes who reside in the area. 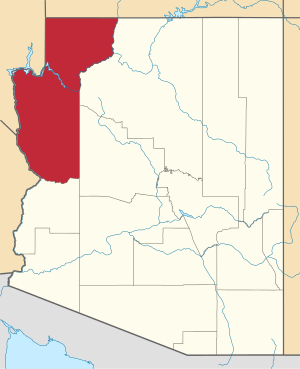 Description:  The building faces south and is a two story rough gray stone and concrete structure. The building is located on landscaped grounds in the center of Kingman on the west side of the courthouse. Native stone from Metcalfe Quarry was used. The building has a large portico supported by four large stone tapered Tuscan columns. There is a small iron-railed balcony above the recessed entrance. The pediment of rough stone has a clock in the center. A central dome with stained glass skylight is located above the second story courtroom. The interior construction is hollow tile walls and gypsum finish. The entrance lobby has a mosaic tile floor and central stairwell. Three paired wooden doors with frosted glass panels provide access to the courtroom on the south side of the second story. The courtroom has paneled wainscoting and original decorative elements including the judge’s bench. The building houses the County Superior Court of Division I.  An addition has been added on the west side.

Description:  The building faces south and is a four story glass and concrete structure. The building is located on landscaped grounds in the center of Kingman. The south front has a recessed two story section with central entrance. Above is a square block section which projects from the main building. On the east side is one story section. The roof line is flat. The building contains seven courtrooms located on the second and third stories.  The building houses the County Superior Court of Division I. On the west side of the building are the old County Jail (1909 – 1910) and the former County Courthouse..

Note:  There are branch courthouses in Bullhead City at 2225 Trane Road and in Lake Havasu at 201 College Drive. 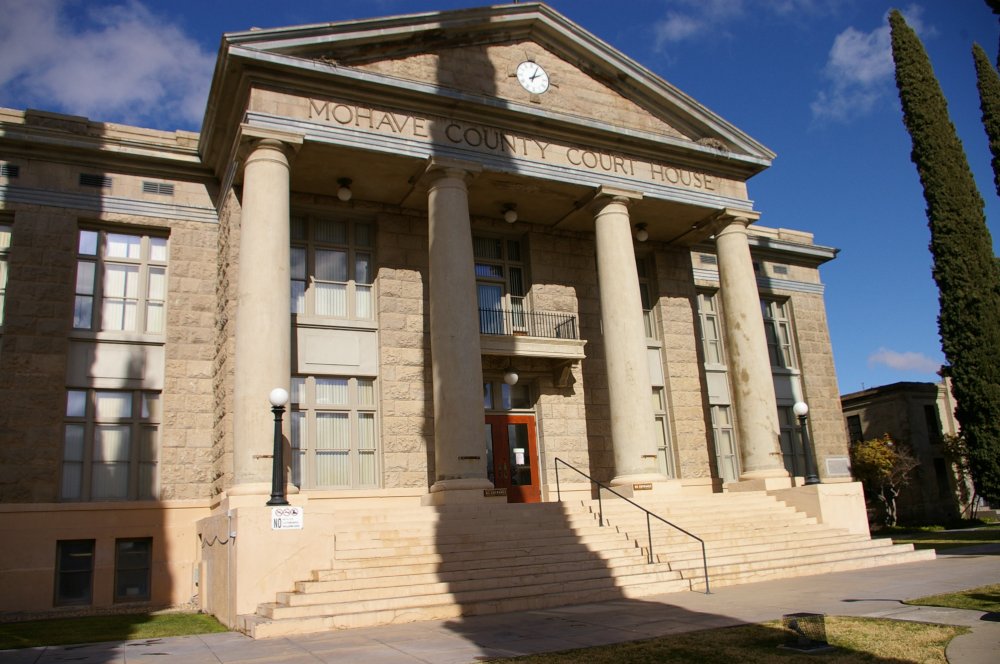 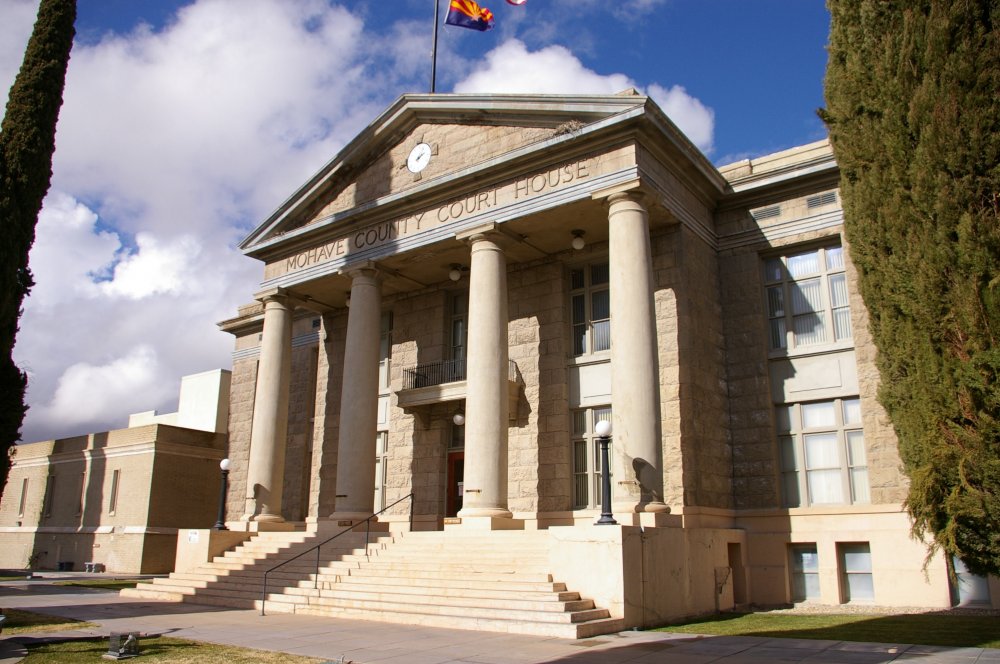 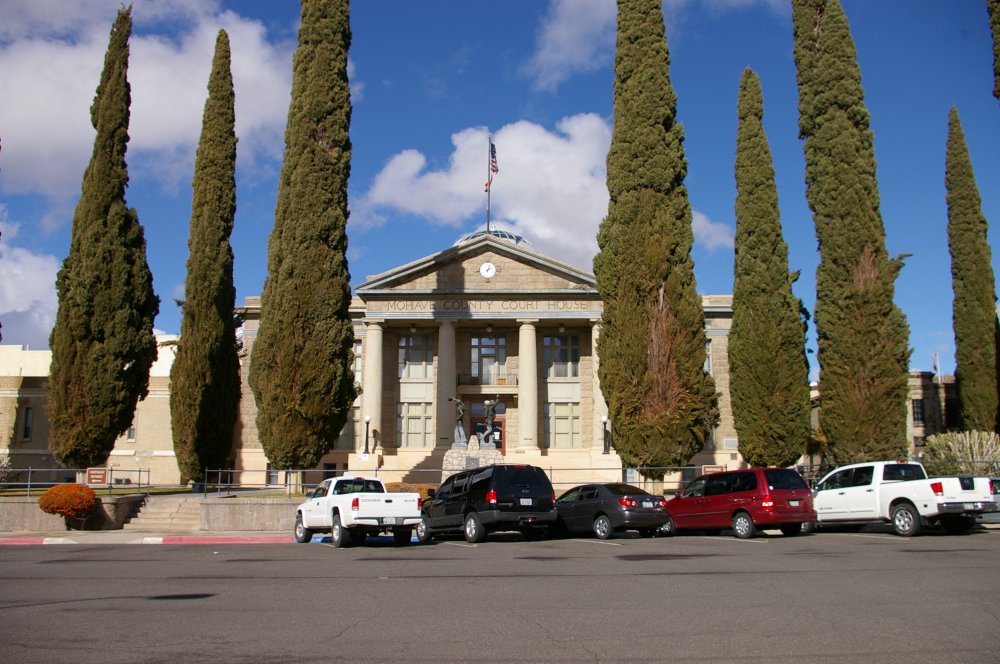 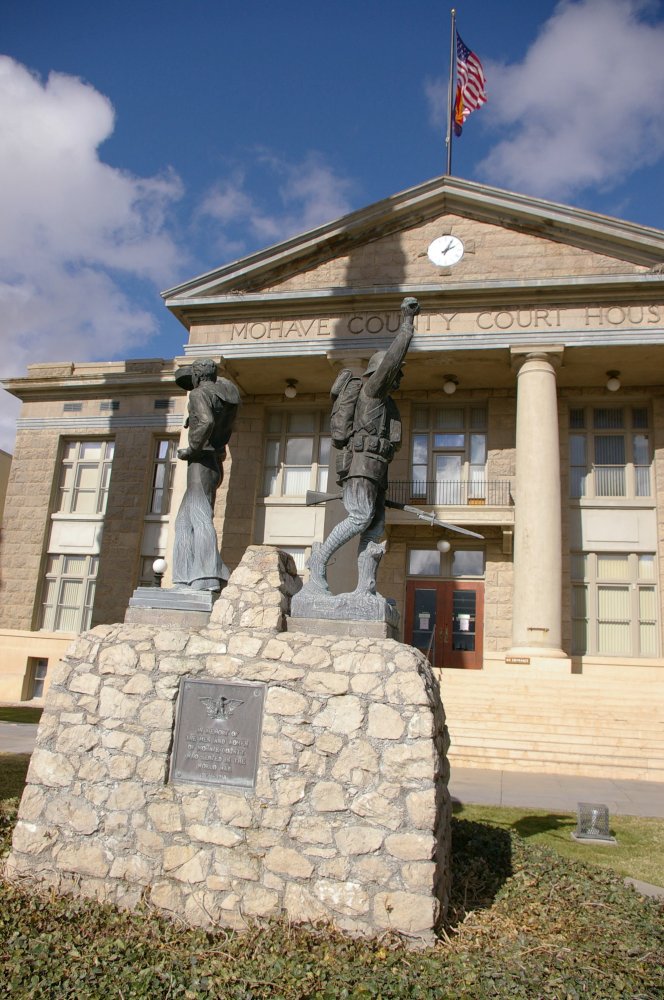 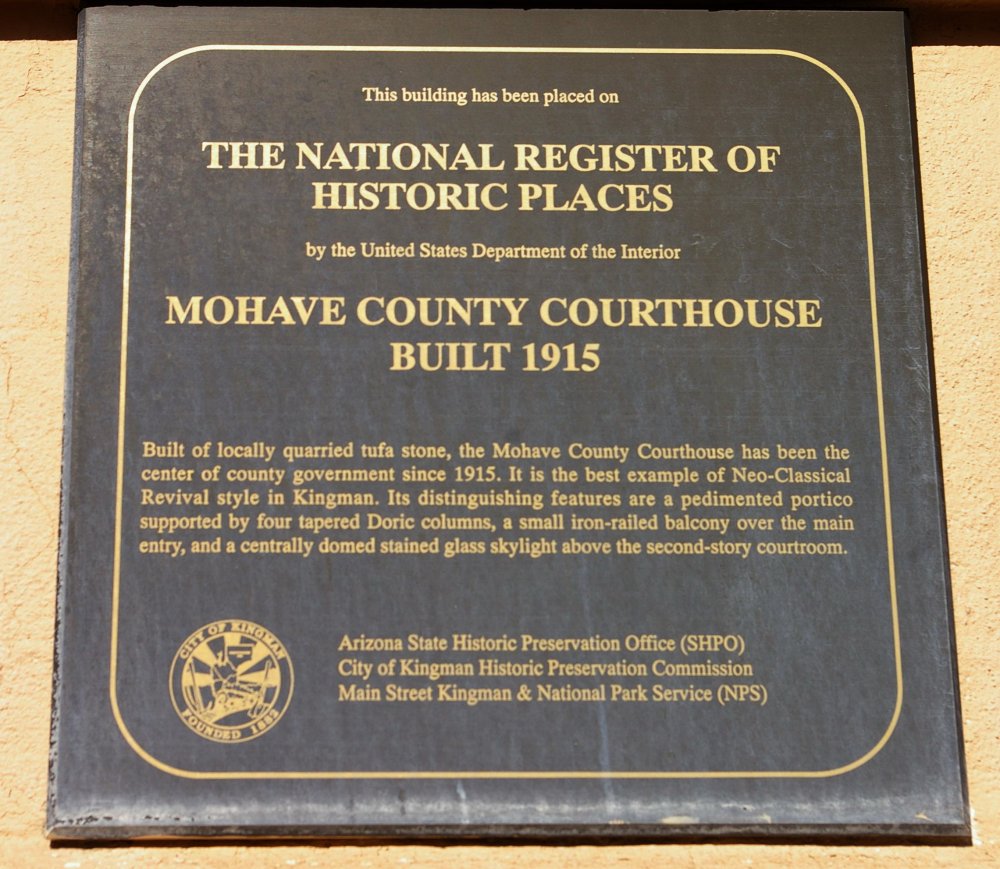 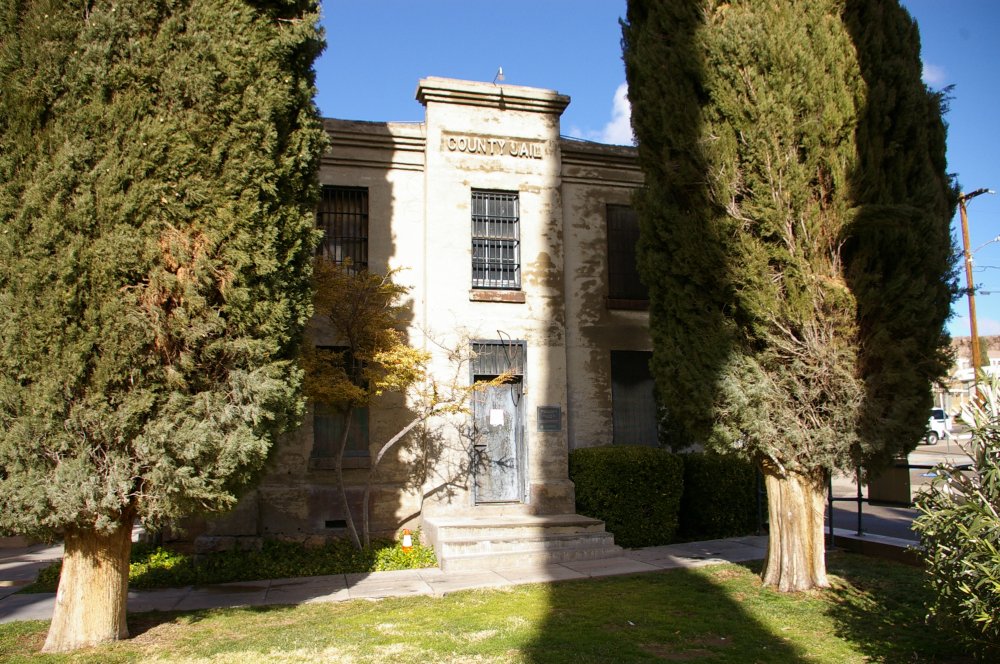 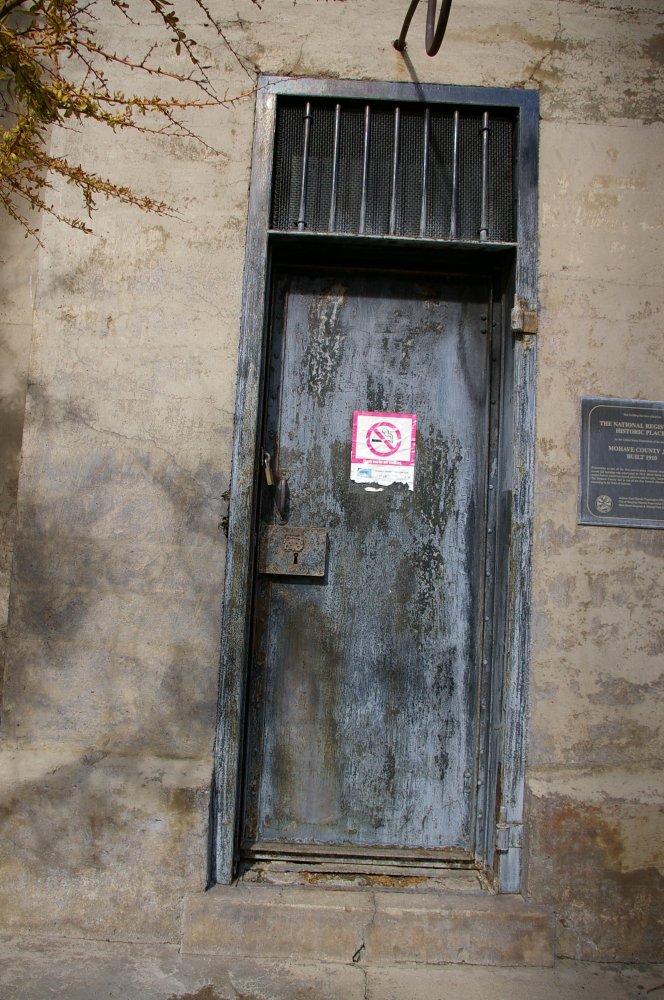 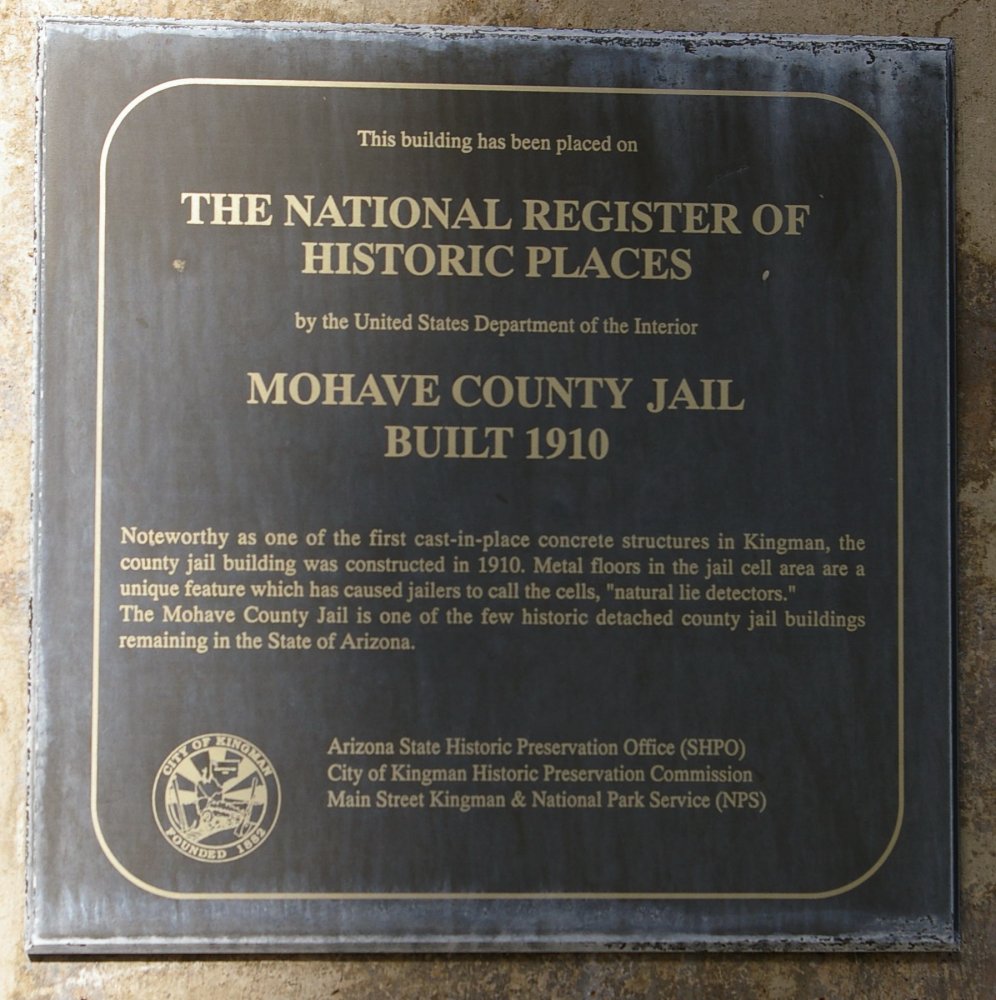