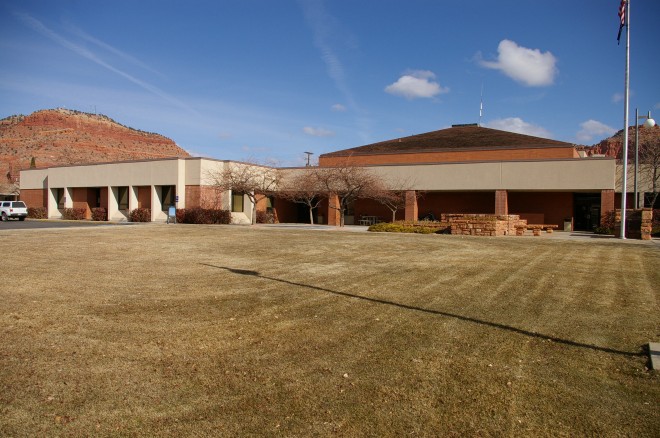 Kane County is named for Thomas L Kane, who assisted early settlers to the region. 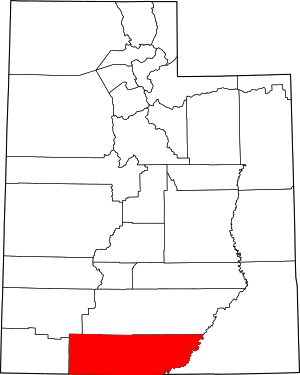 Description:  The building faces west and is a one story red colored brick, concrete and glass structure. The building is located on landscaped grounds in the center of Kanab. The building has a central section with a raised black colored roof. A wide horizontal cement band is supported by brick pillars and forms a canopy over the entrances. The City Hall forms part of the northeast corner of the building. 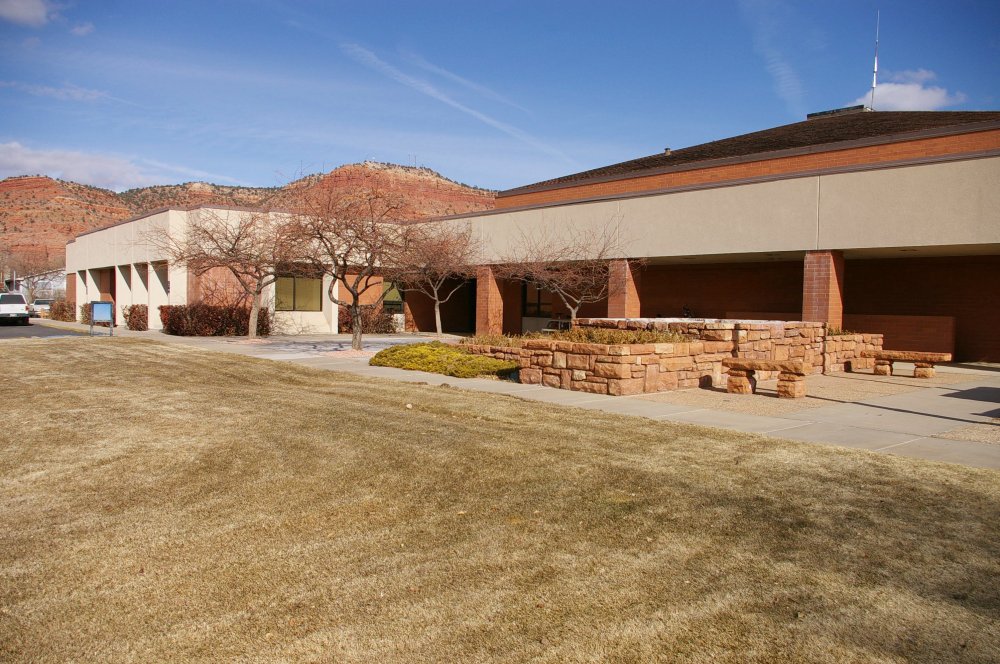 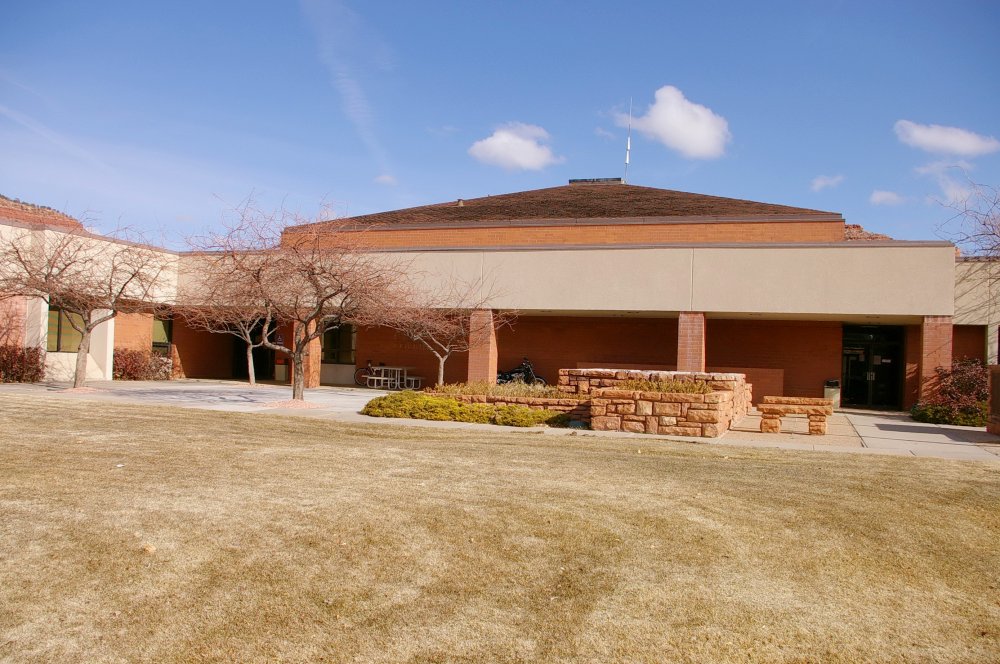 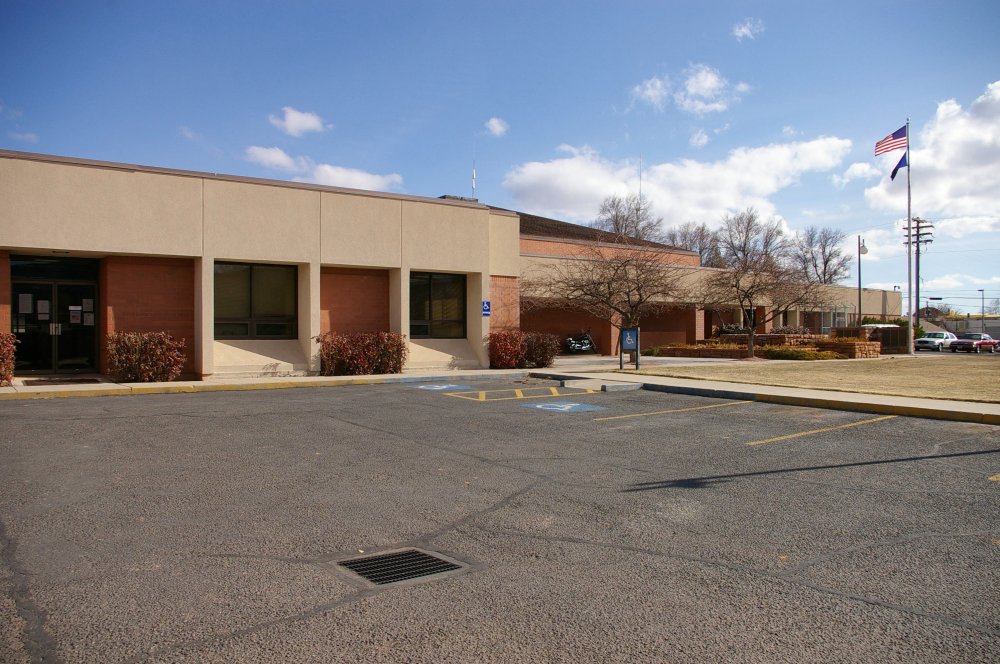 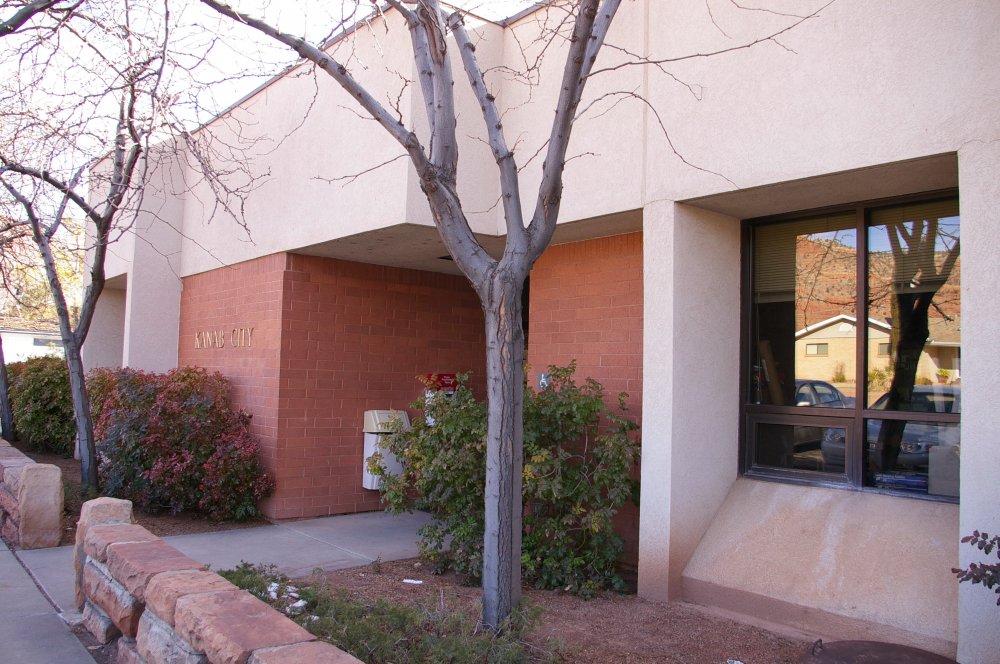 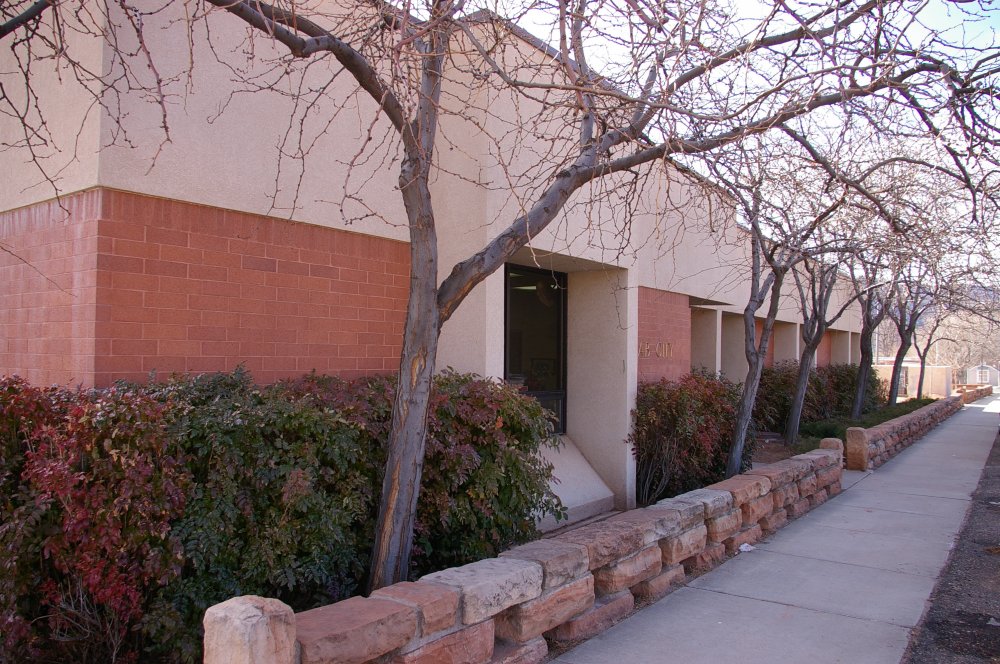 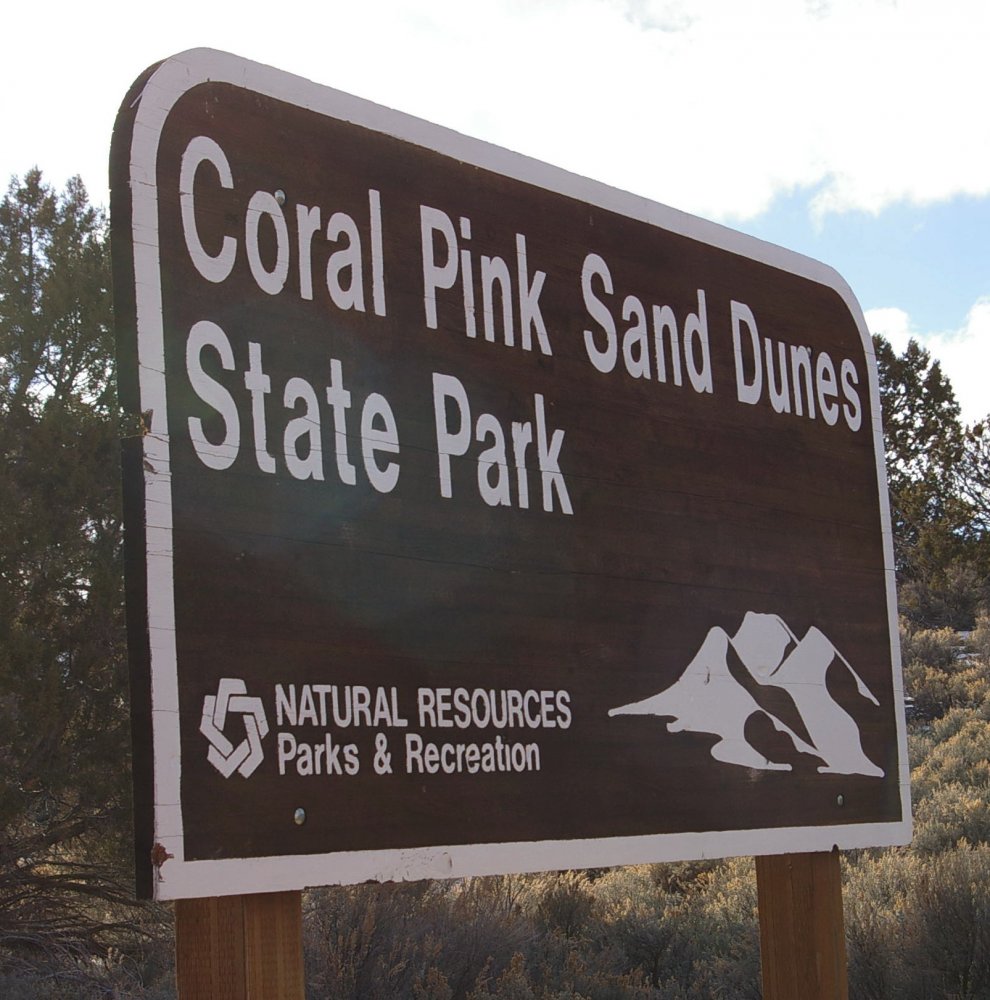 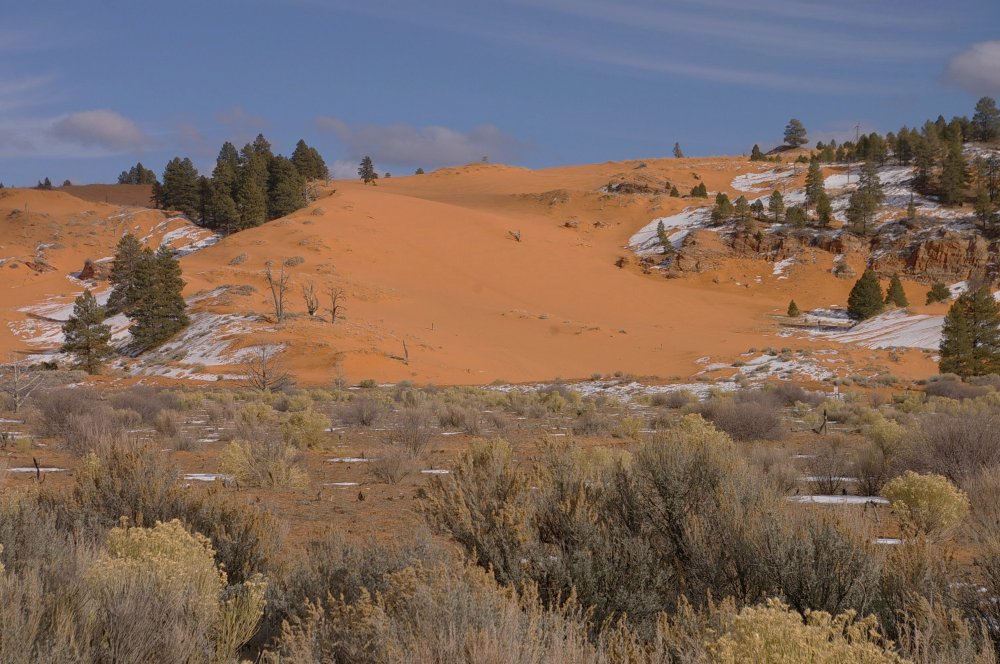