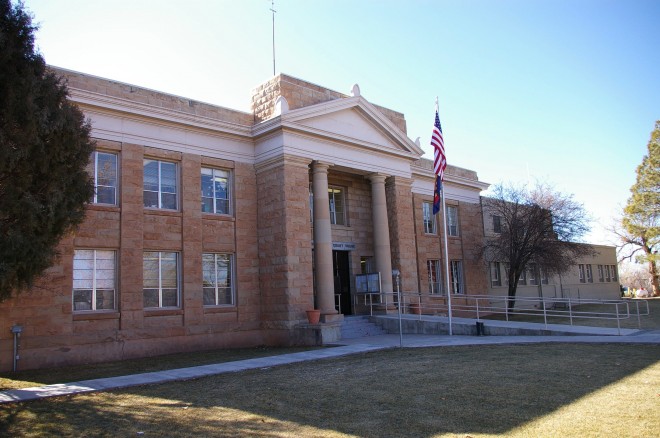 Apache County is named for the Apache an Native American people who reside in the area. 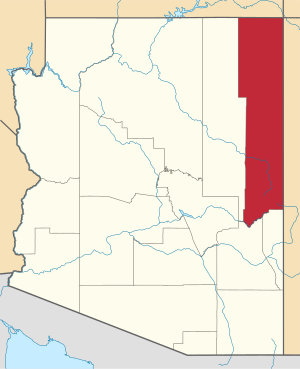 Description:  The building faces north and is a two story red-pinkish colored stone structure. The building is located on landscaped grounds in the center of St. Johns and has a recessed portico supported by two large stone columns. Above is a pediment with rough stone at the top and extending along the roofline. An addition was added on the west side in 1964. The building was remodeled in 1993. The architect was Kitchell CEM and the contractor was Sigma Contracting, Inc.

Note:  The contractor for the Apache County Courthouse was N P Olson Construction whose winning bid of $36,367 was approved by the Board of Supervisors on April 18, 1917. Olson was given eight months to complete construction of the building which was designed by Trost & Trost of El Paso, Texas. 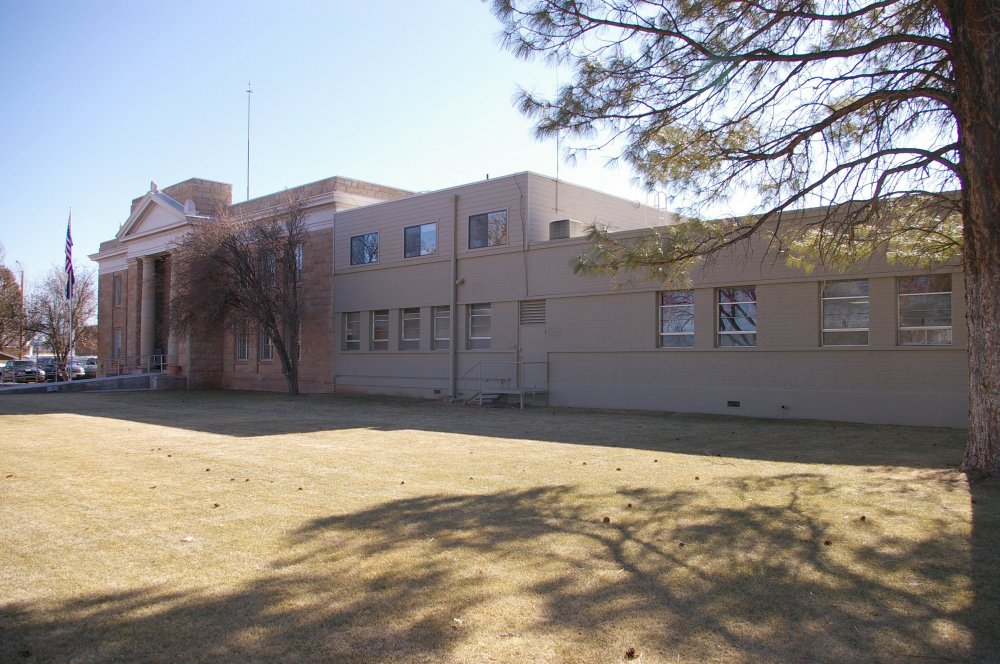 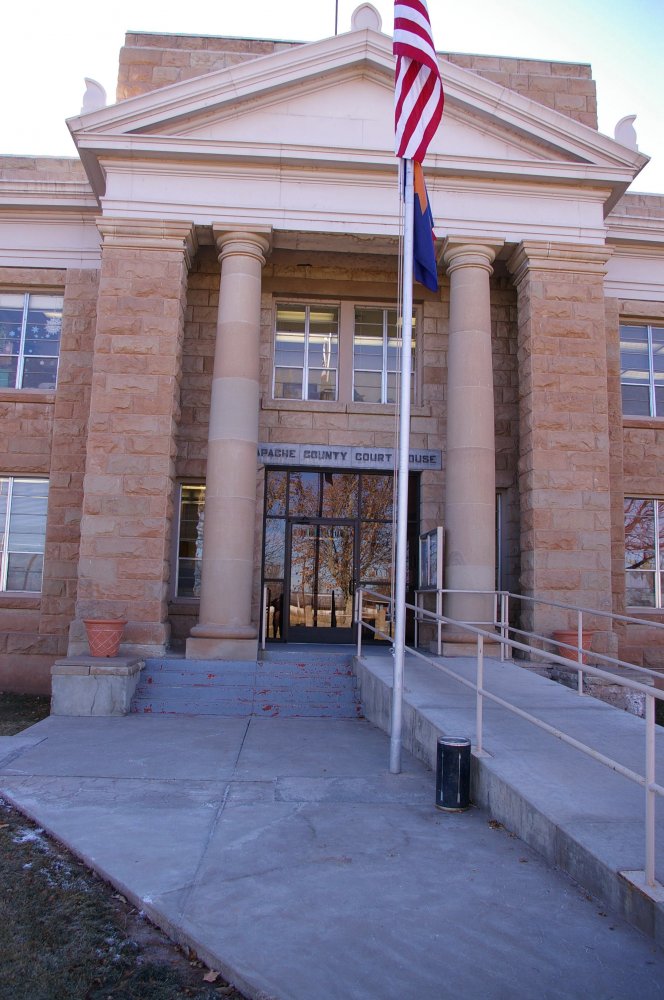 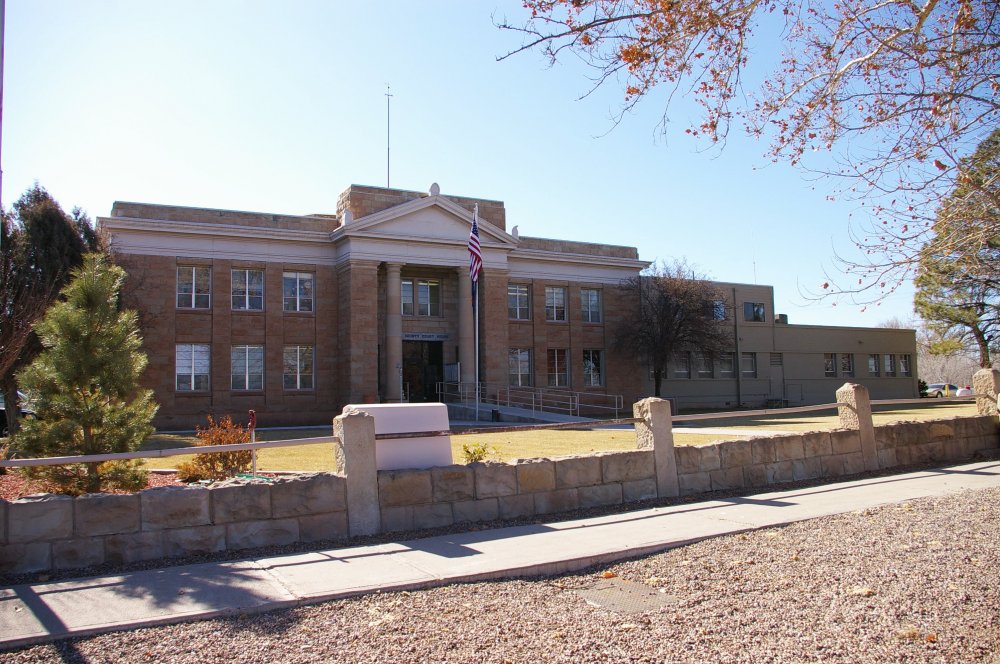 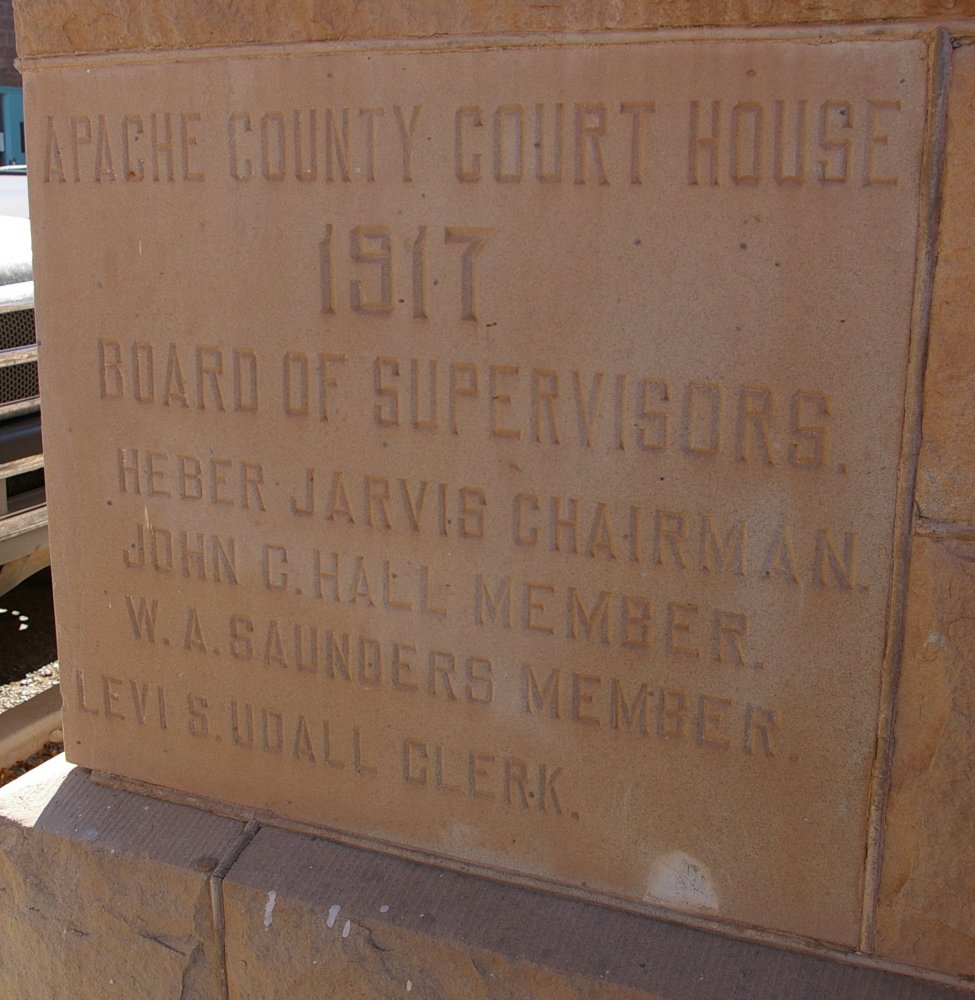 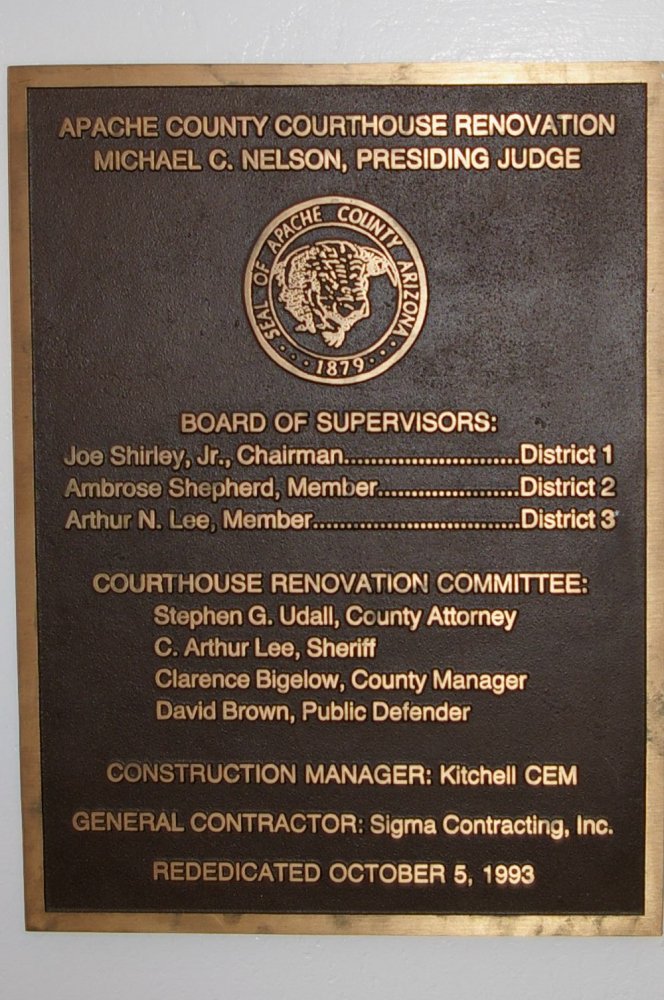