Washington County is named for George Washington, who was the first President of the United States of America.

Description:  The building faces west and is a two story concrete and glass structure. The building is built on the side of a low hill in the center of St. George. The entrance is on the second story and has a wide portico supported by large concrete columns. The windows are narrow and vertical. A wide concrete band follows the roof line. The building is known as the Hall of Justice. Description:  The building faces south and is a two story brick, concrete and glass structure. The building is located on landscaped grounds in the center of St. George. The building has a central portico supported by four thin pillars and rising to the roof line. A wide yellow colored panels divide the windows on the first and second stories. Note:  The building plans were approved by the court committee consisting of Judge James D McCullough and the Selectmen Robert D Covington, Jacob Gates and Annon P Winsor and the contractor was Jacob Gates who supervised construction by the local trades. 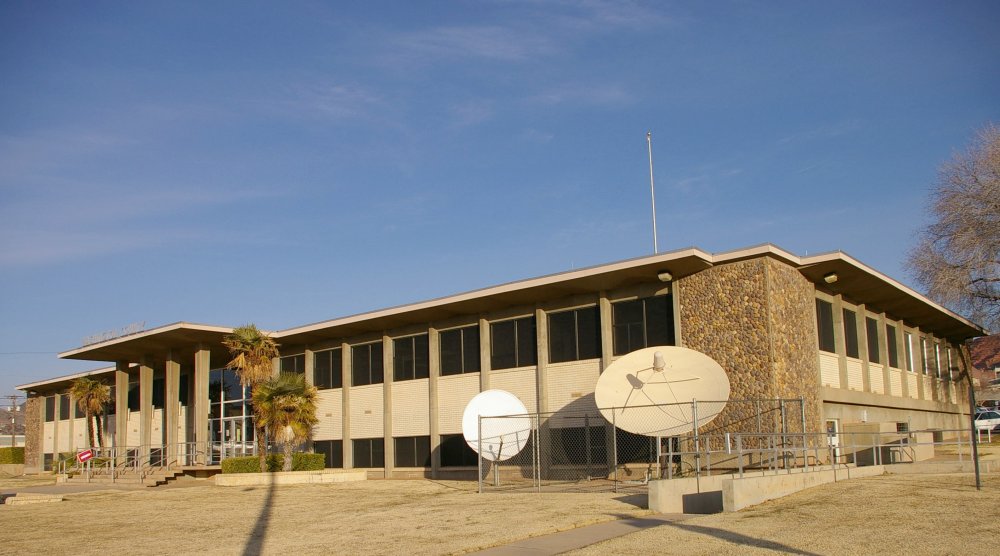 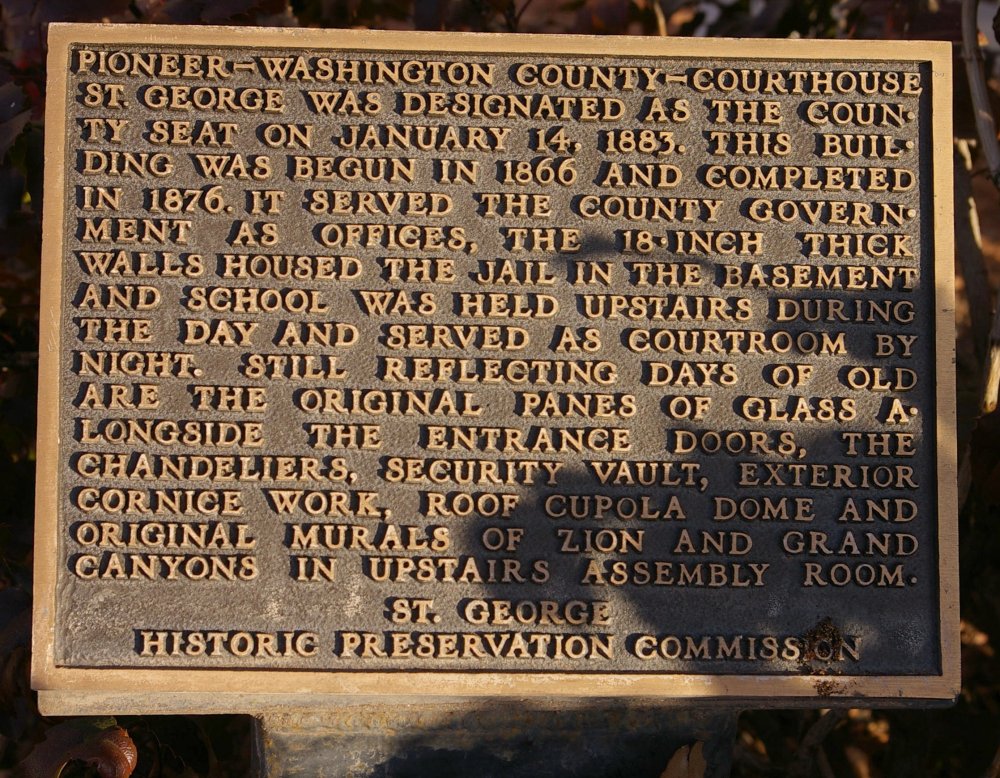