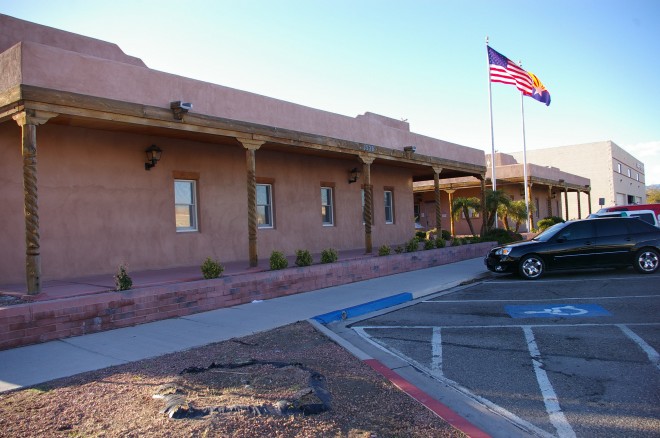 La Paz County is named for the historic boomtown of La Paz located on the Colorado River and the Spanish word meaning “the peace”. 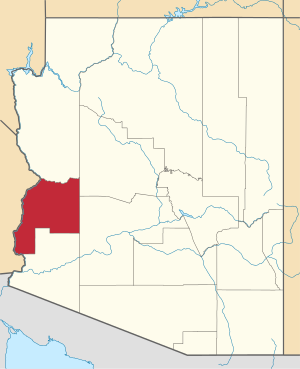 Description:  The building faces east and is a one story pinkish stucco and concrete structure. The building was dedicated on October 4, 1994. The building is located on landscaped grounds in the center of Parker. The outer walls have no windows except on the east front. There is an open courtyard between the buildings forming the court complex. The roofline is extended to form an overhang supported by carved wood pillars. Offices doors exit onto the courtyard area. The courtroom is located in the southwest section. The building houses the County Superior Court of Division I. The County Justice Court is on the north side. 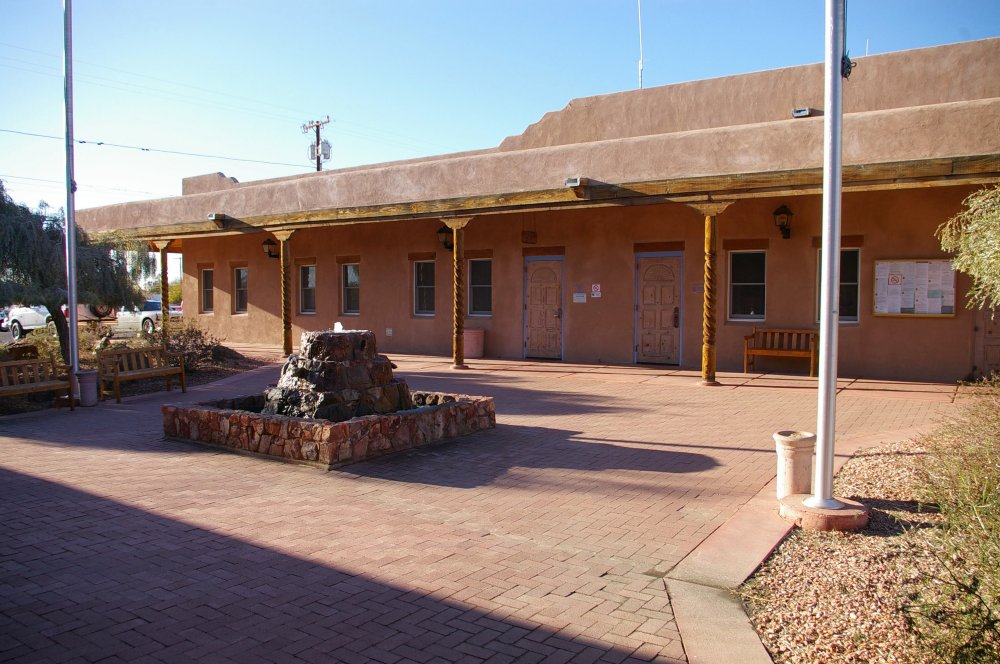 Description:  The buildings faces east and are one story pinkish stucco and concrete structures. The buildings were dedicated on October 4, 1994. The buildings are located on landscaped grounds in the center of Parker to the north of the courthouse. The south square shaped building is larger and faces north onto a small plaza with fountain. The north rectangular shaped building is smaller and faces south onto the plaza. The roofline is extended to form an overhang supported by carved wood pillars. Offices doors exit onto the plaza area.

History:  The county was created in 1983 and Parker was selected as the county seat. The county occupied rented premises. The first and present courthouse was constructed in 1993 to 1994. 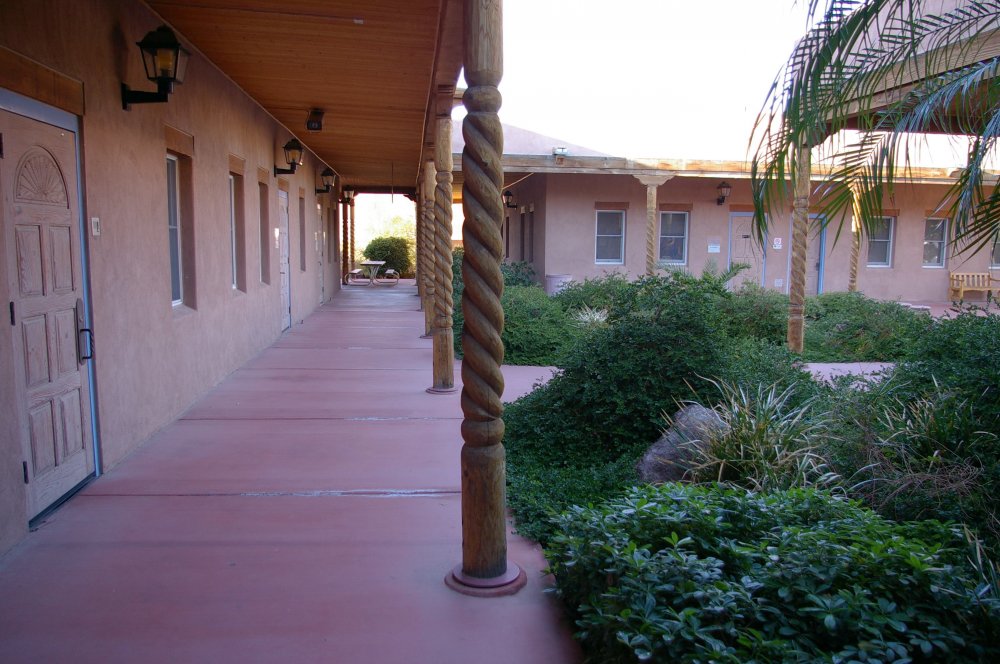 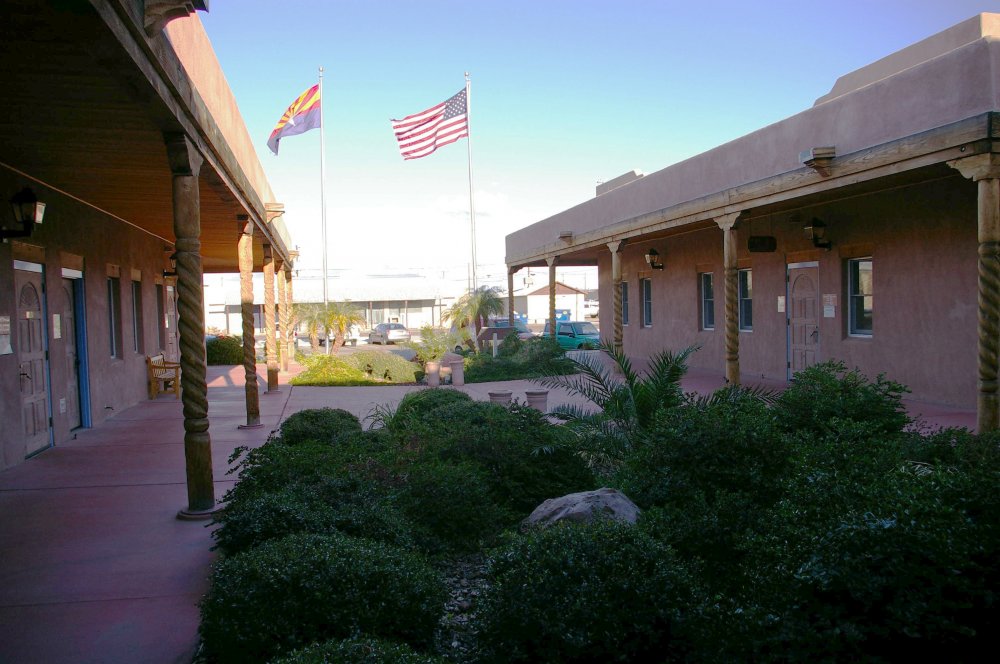 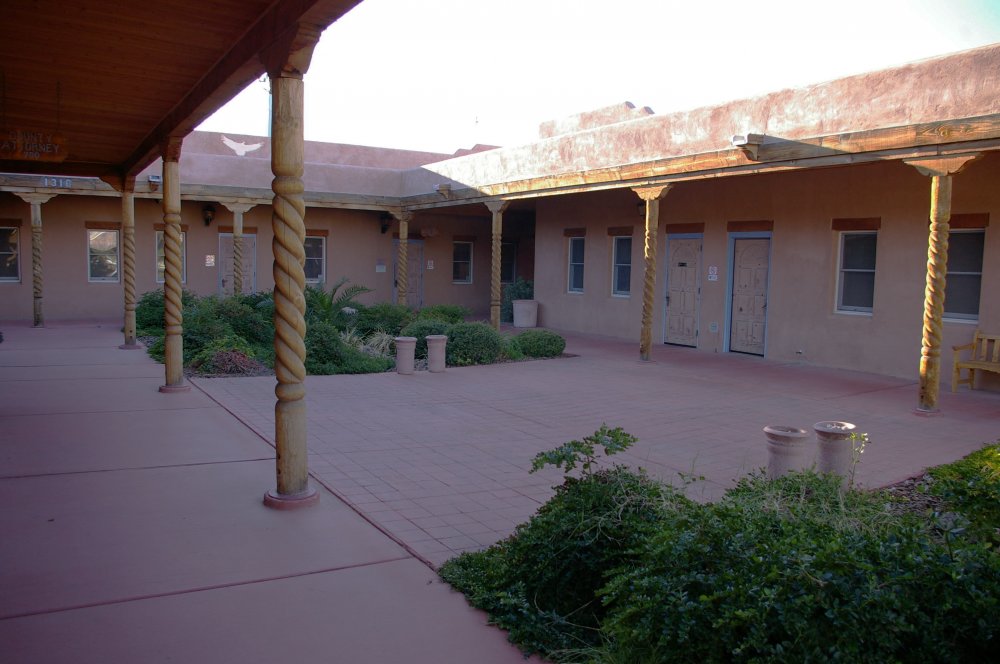 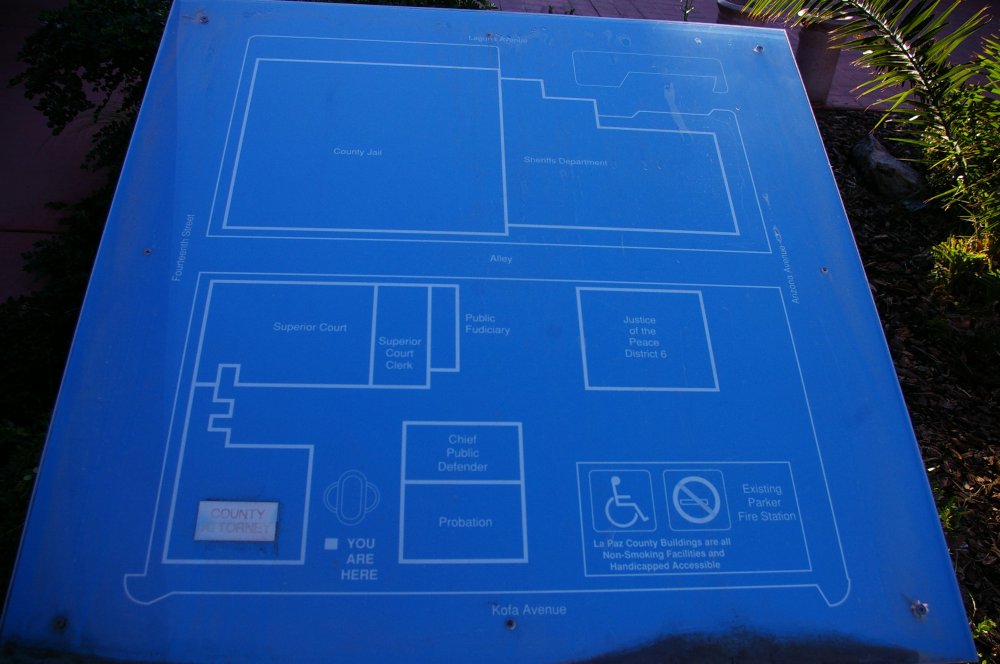 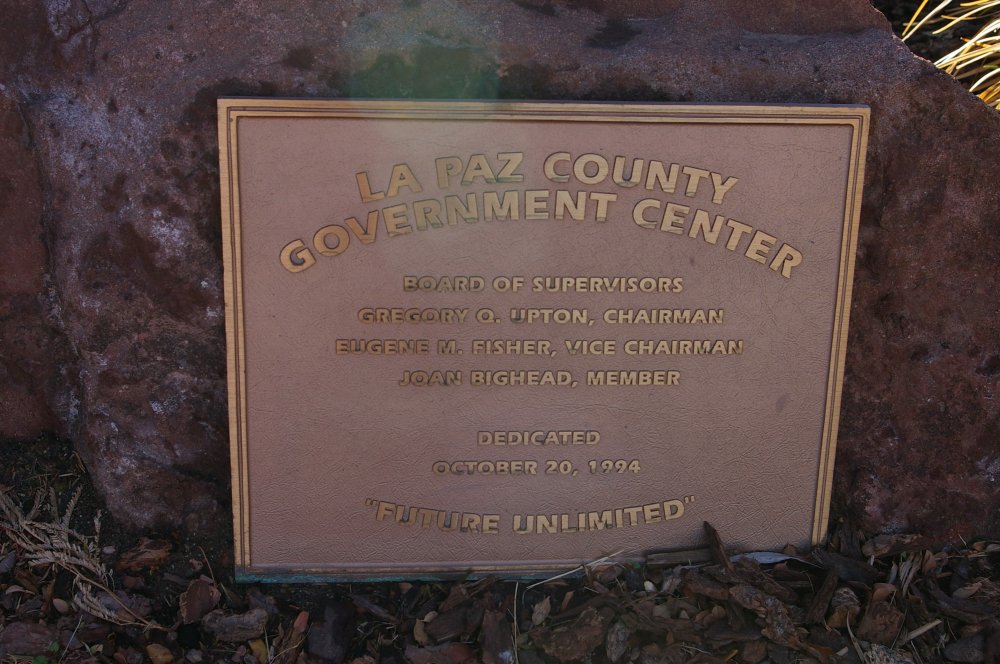 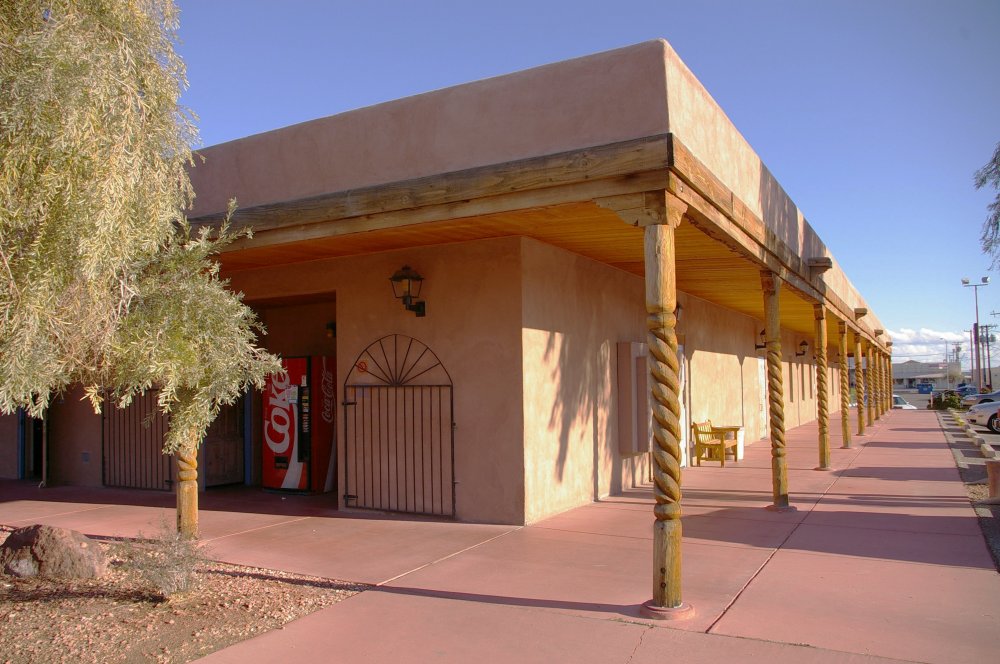 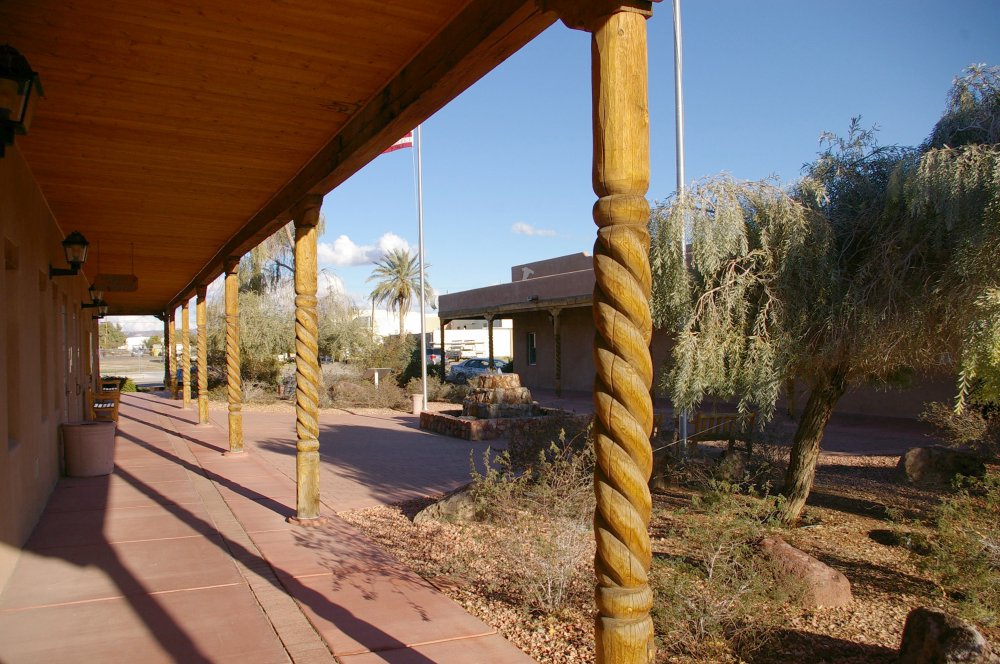 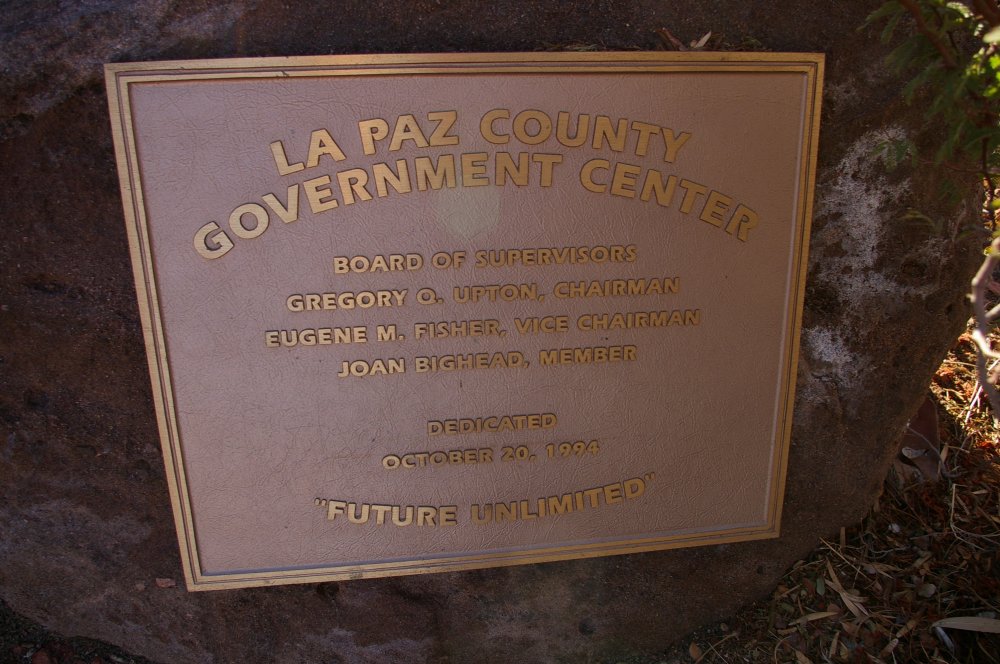