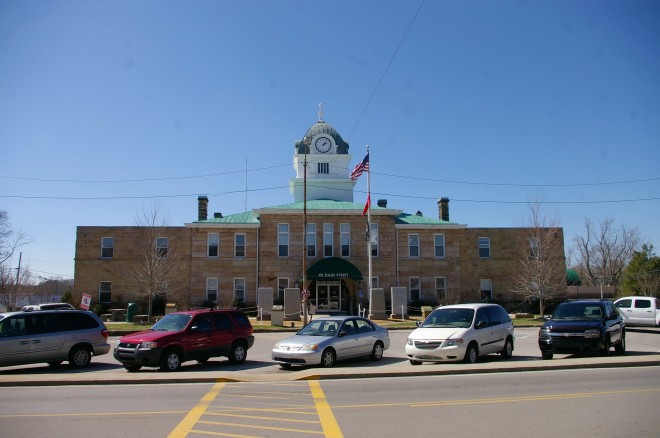 Fentress County is named for James Fentress, who was a State of Tennessee legislator.

Description:  The building faces east and is a two story buff colored Crab Orchard stone structure. The building is located on landscaped grounds in the center of the city. The east front has a central projecting section with entrance on the first story. Wings extend north and south. On the roof is a large square white colored cupola with clock and dome. The roof is hipped and flat along the wings. The wings were added on either side in 1974. The architect was Clemmons & Gingles and the contractor was Blair & Blair. A jail was built on the back in 1979. 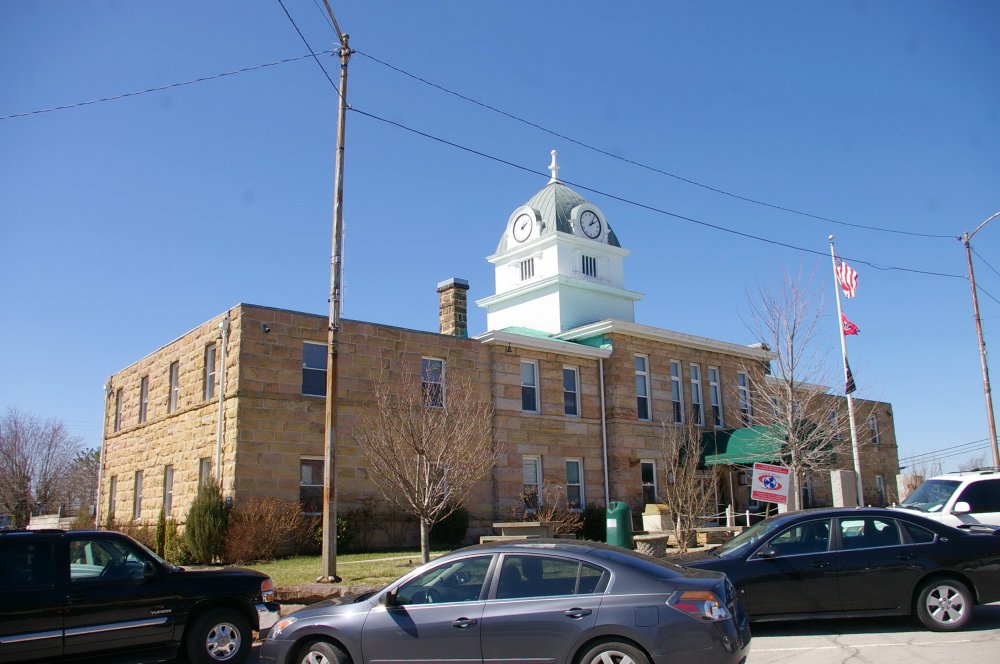 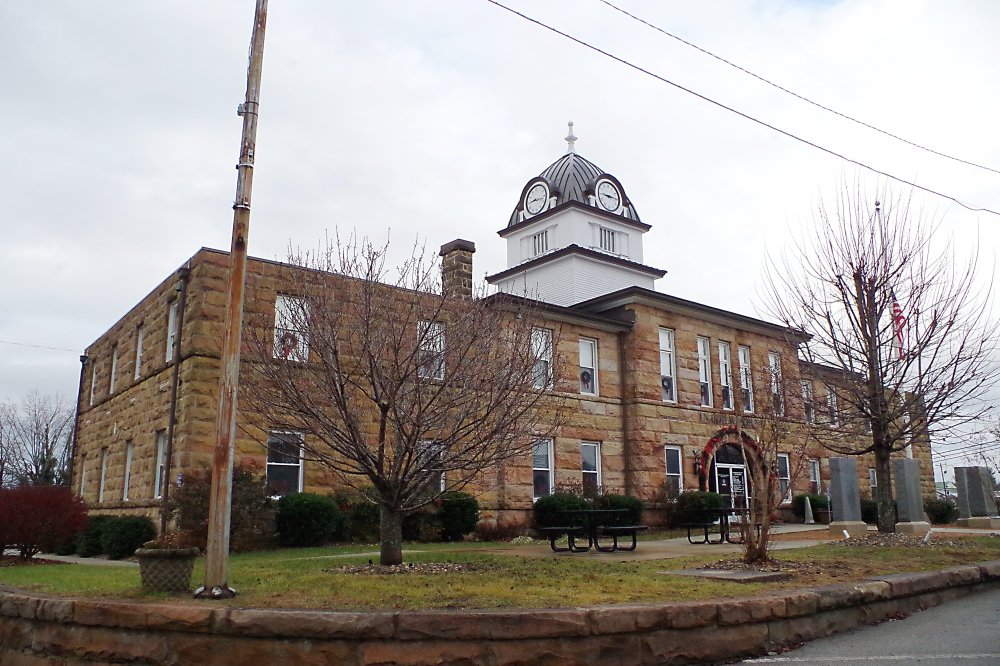 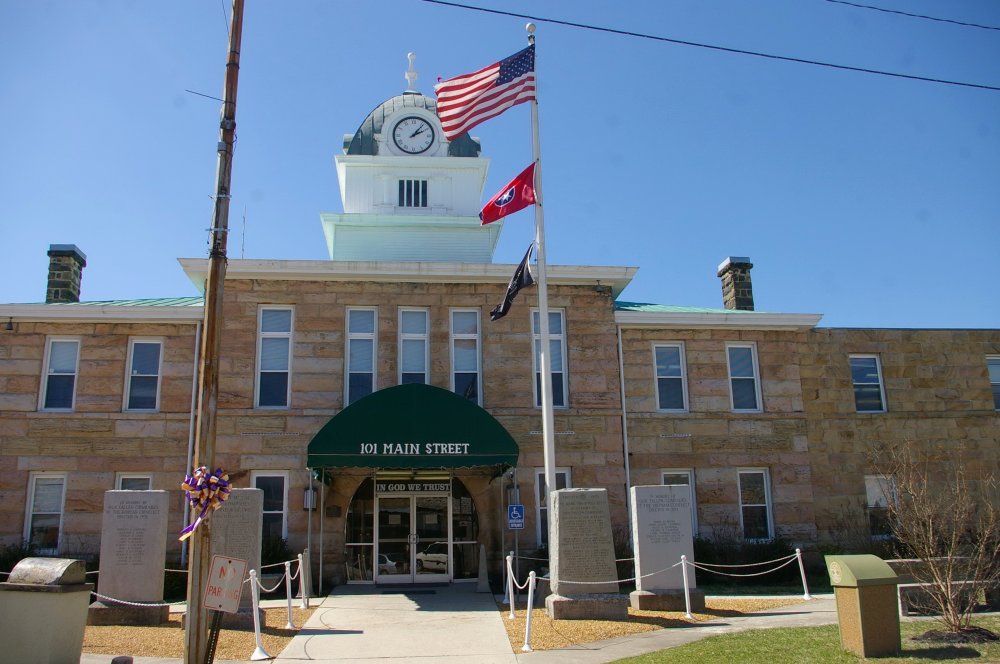 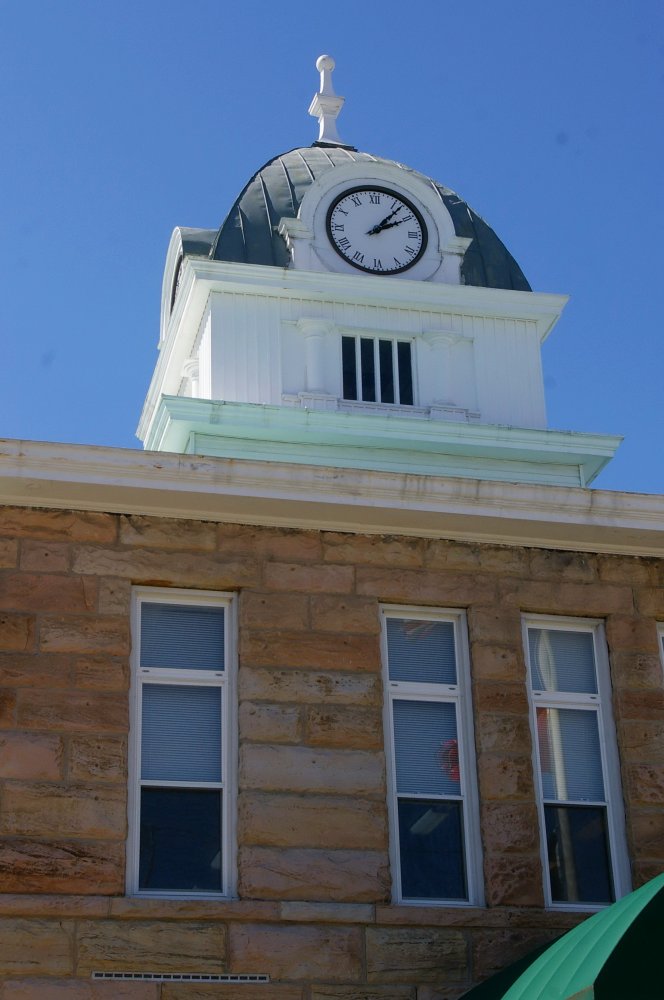 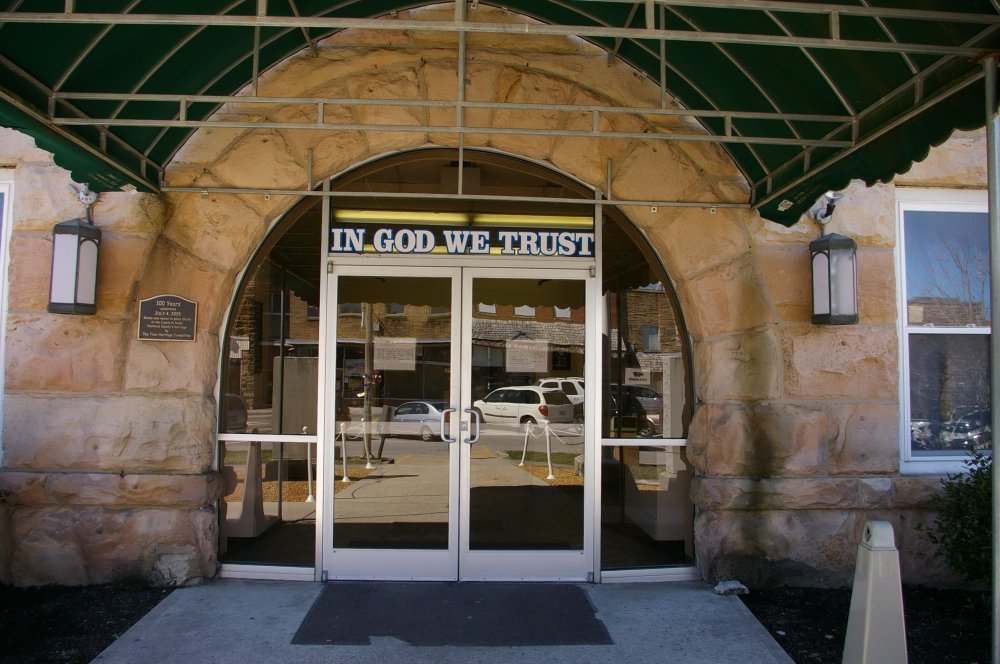 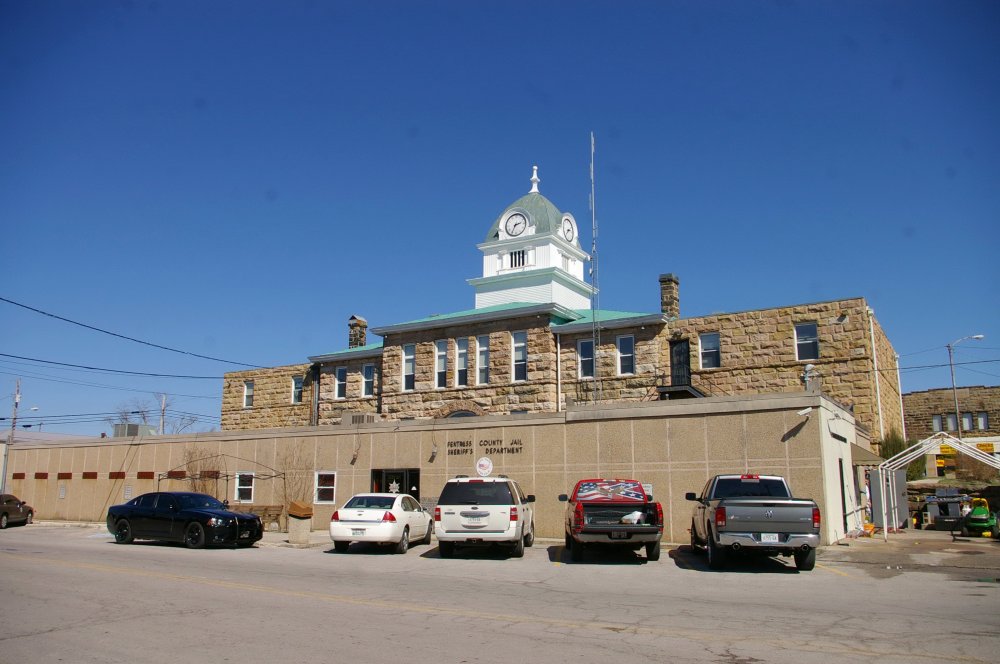 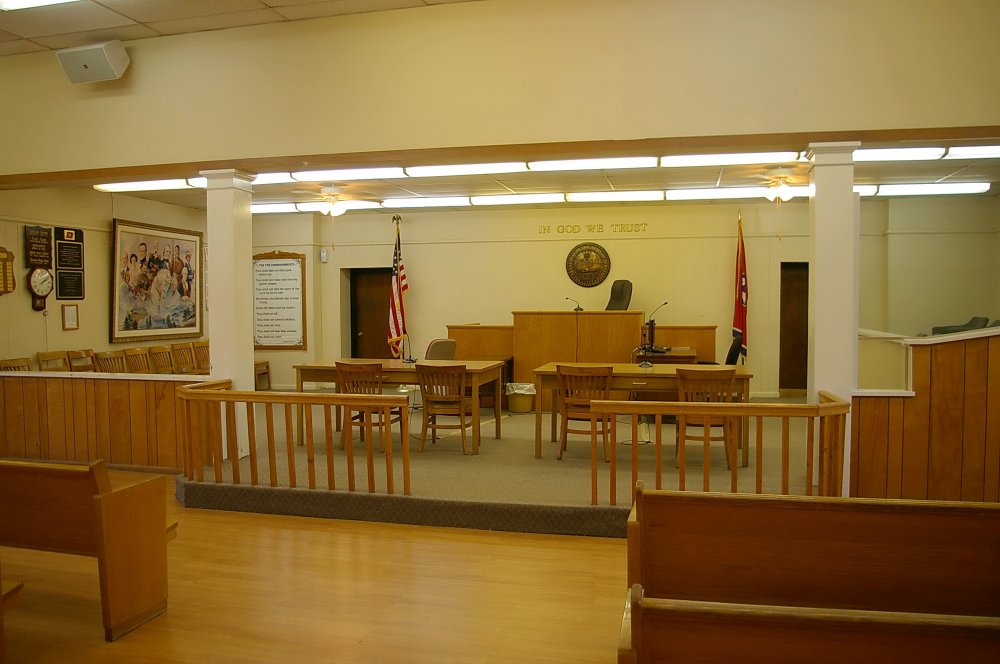 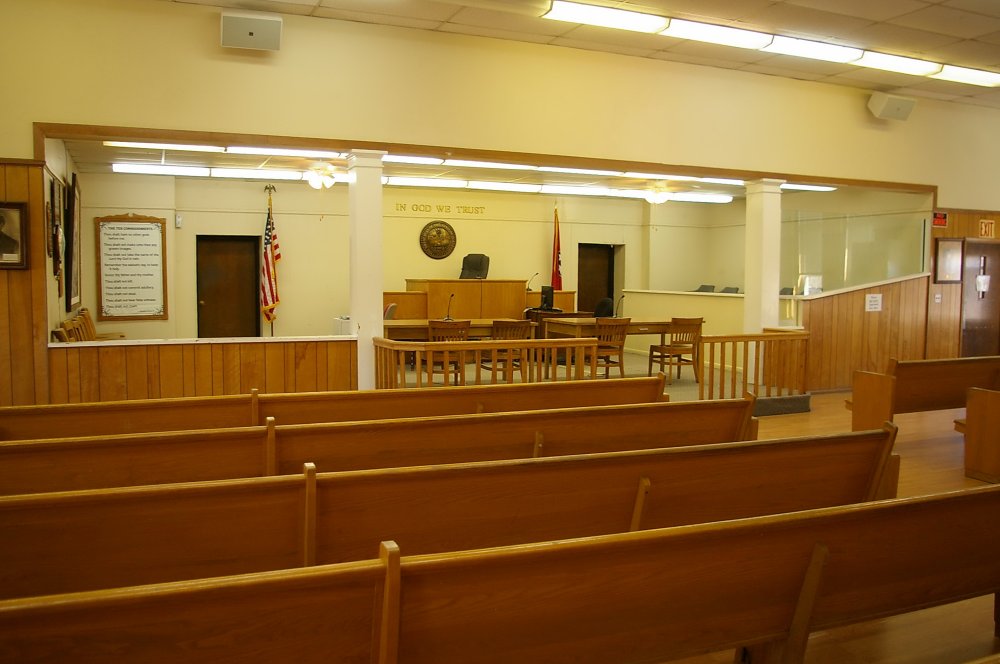 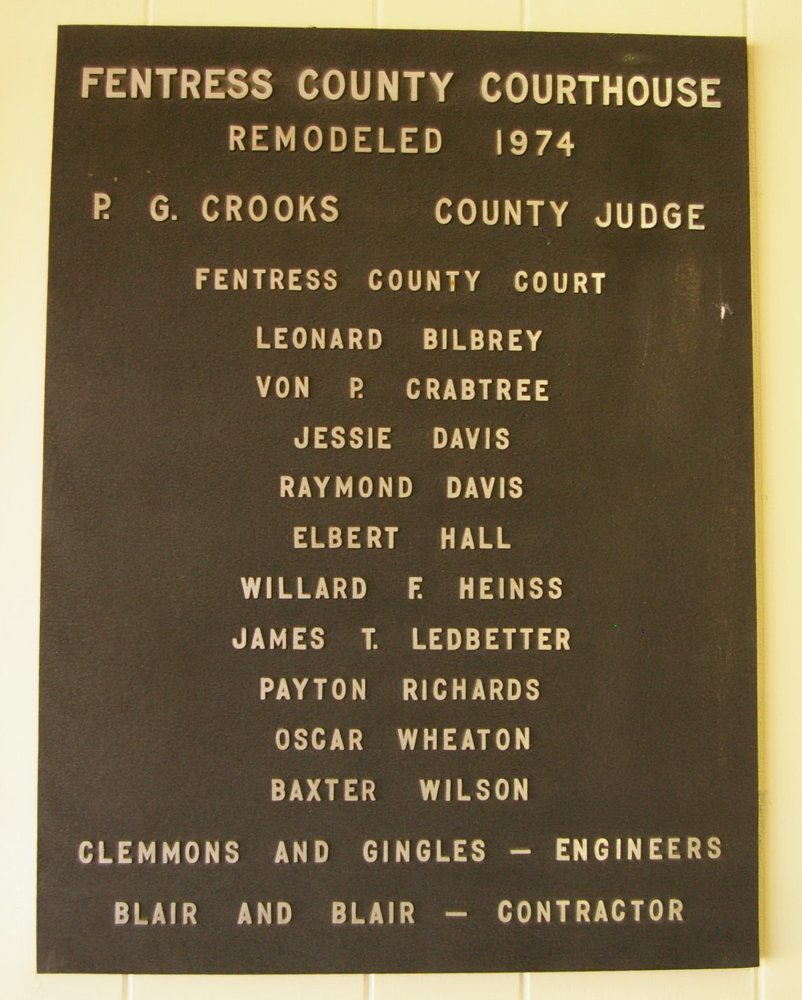 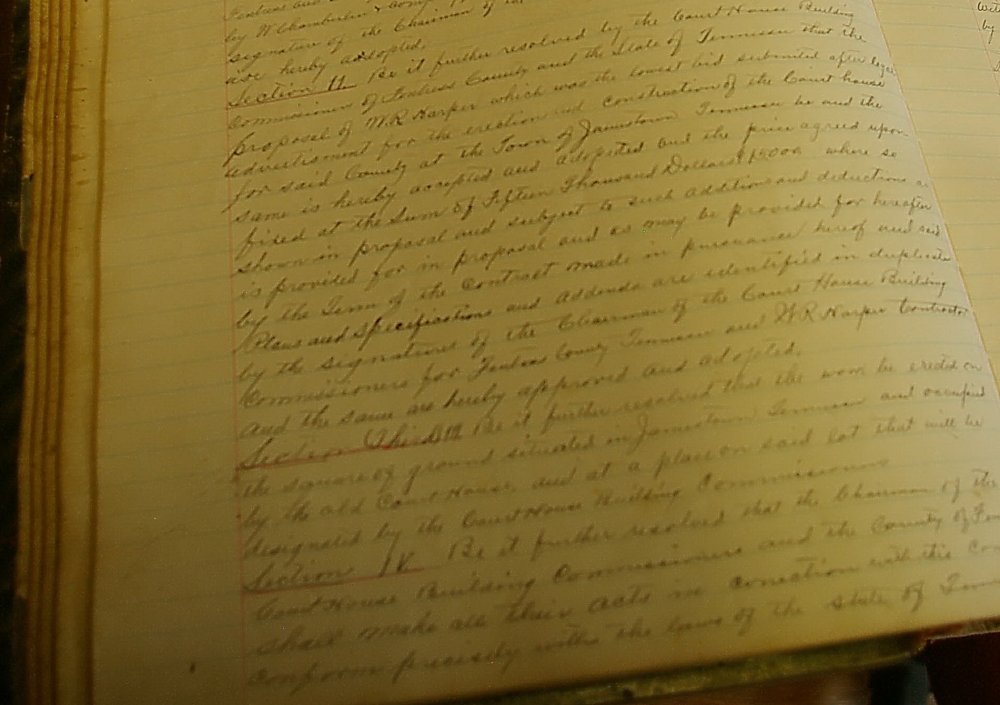