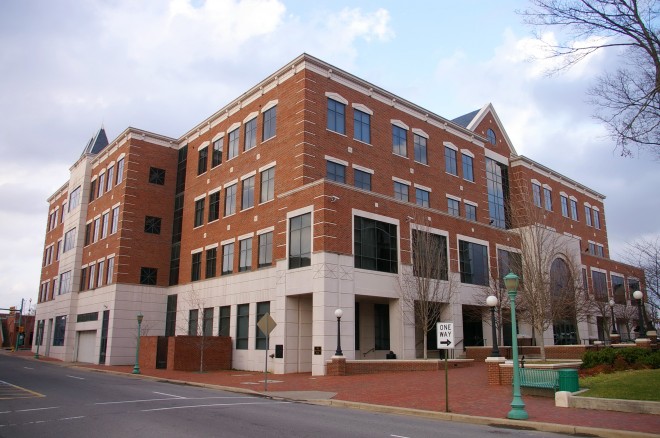 Montgomery County is named for John Montgomery, who was a leader of the Nickjack Expedition.

Description:  The building faces south and is a four story red colored brick and concrete structure. The building is located on the north of the courthouse in the center of Clarksville. The south front has a large arch in the center. The top two stories are recessed with large two story window in the center with peak rising above the roof line. The lower part of the building is concrete and the upper part is red colored brick. The roof line is flat. The roof line is flat. The building houses the County Circuit Court, County Chancery Court, County General Sessions Court and County Juvenile Court of the 19th Judicial District. 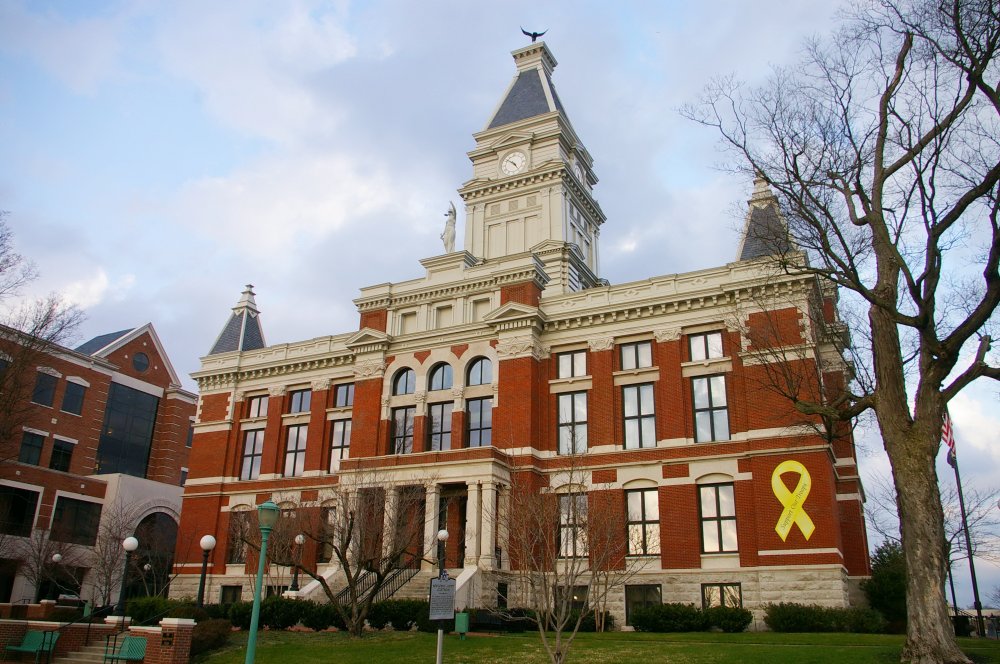 Description:  The building faces west and is a three story red colored brick and stone structure. The building is located on landscaped grounds in the center of Clarksville. The west front has a porch on the first story and three arched windows on the second story. Above on the second and third stories are three windows with arches on the third story. At the roof line is a parapet rising above the roof line with statue of Justice. The corners of the building has square brick towers rising to steep roofs. On the center of the roof is a large square clock tower with clock and steep roof with eagle weather vain at the top. The base of the building is course stone. The former courtroom which is now used by the Commissioners is located on the east side of the third story. 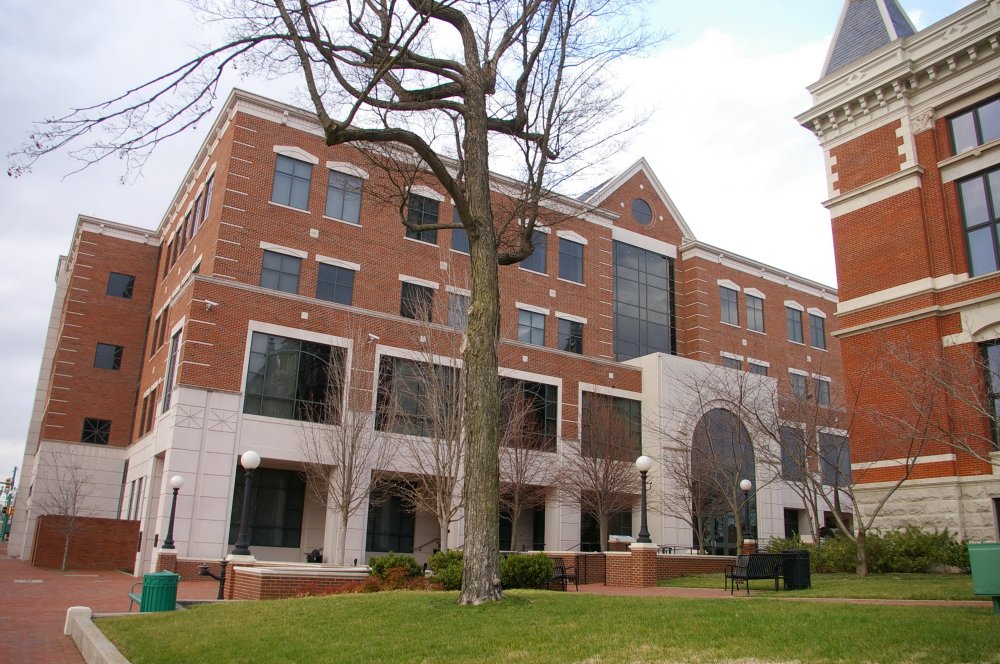 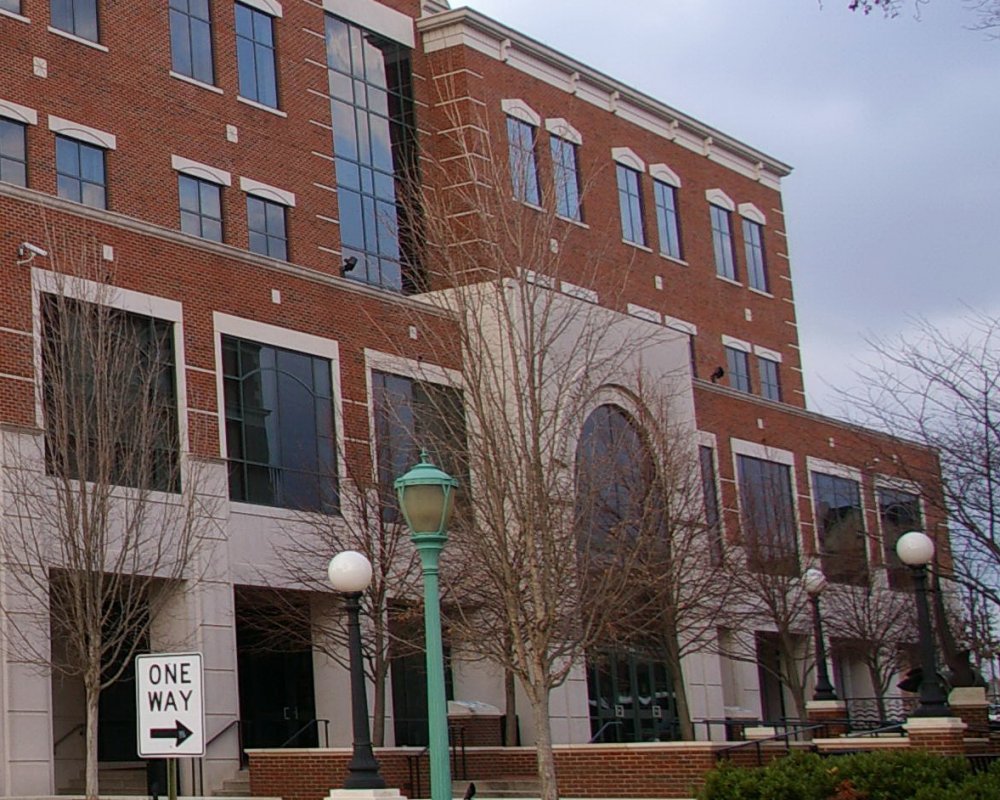 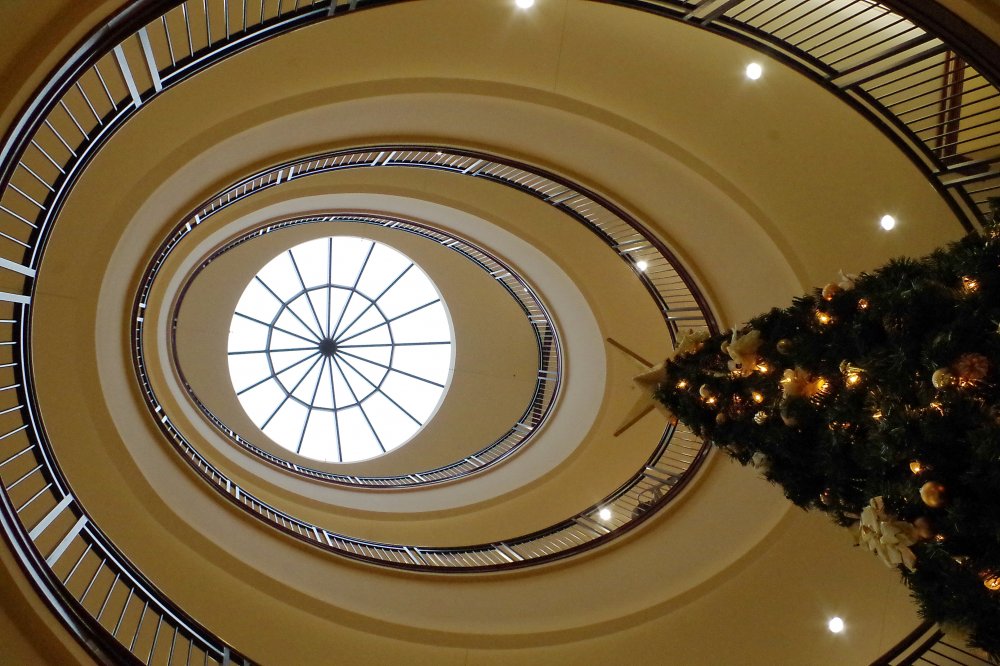 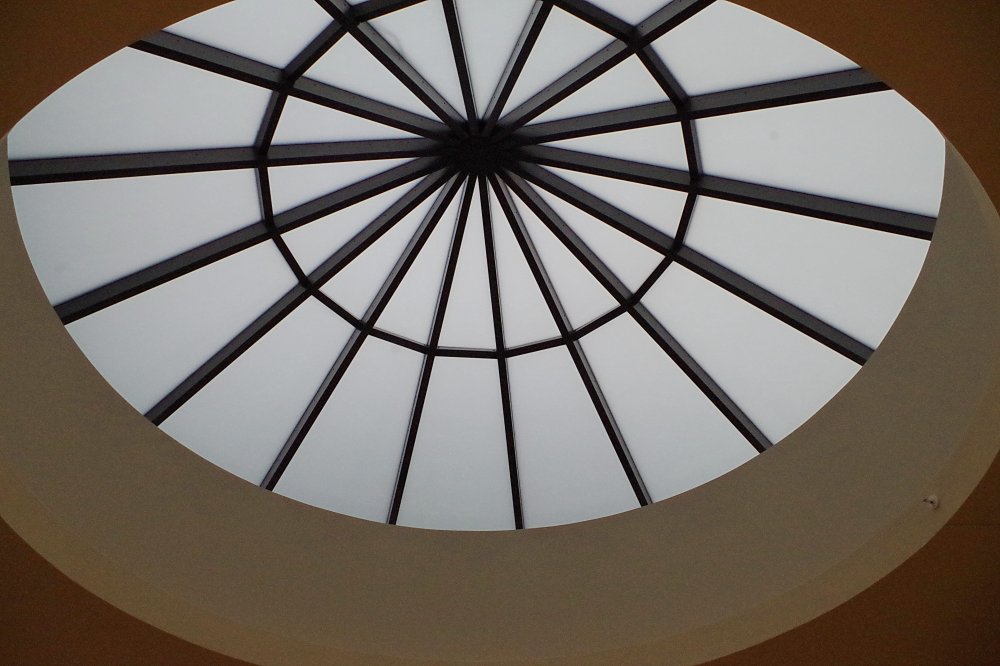 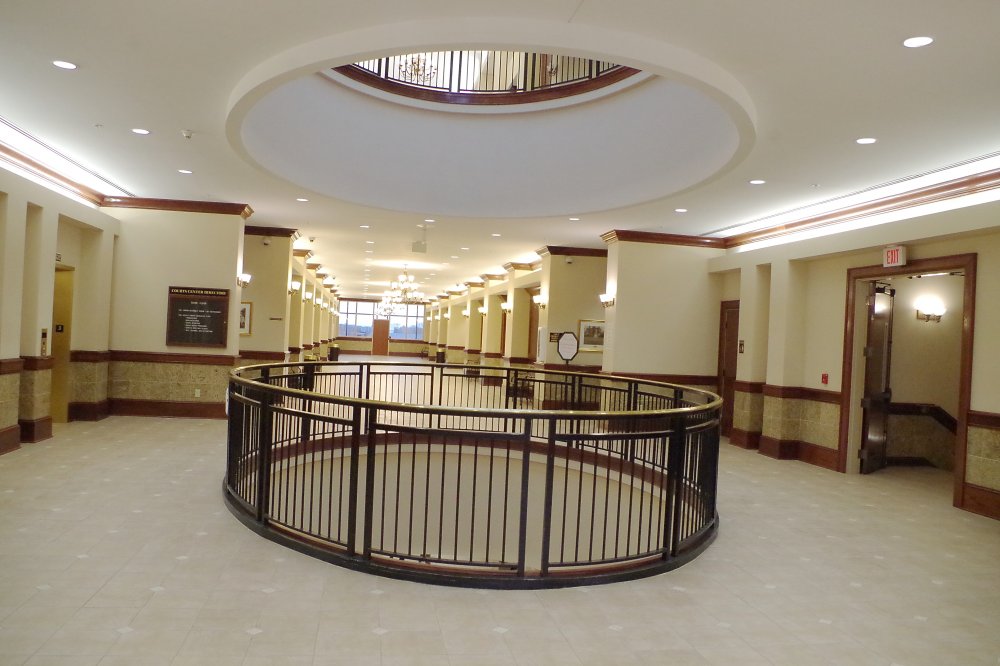 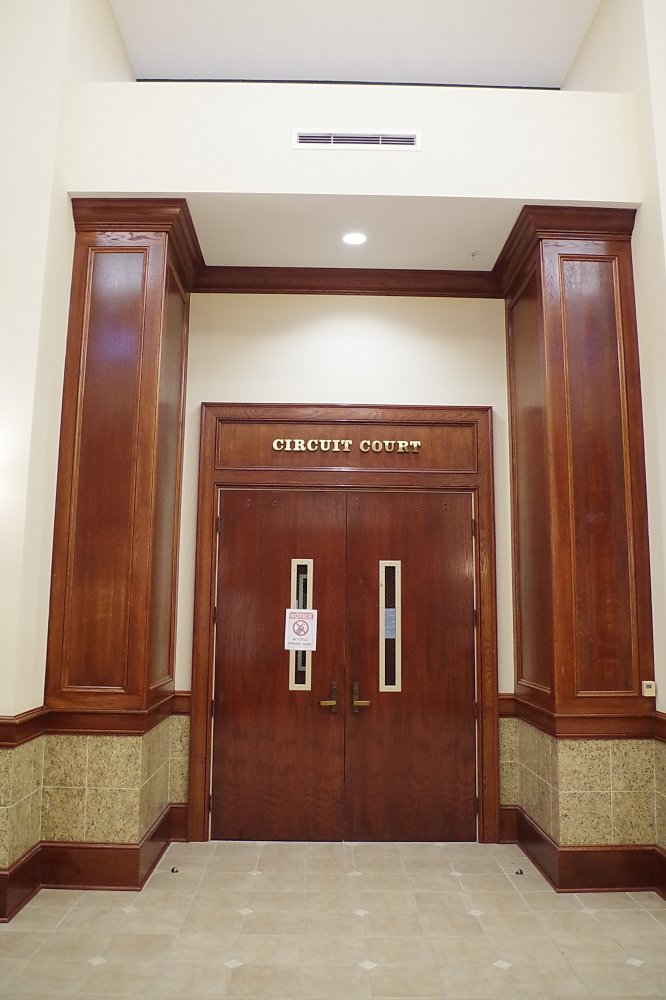 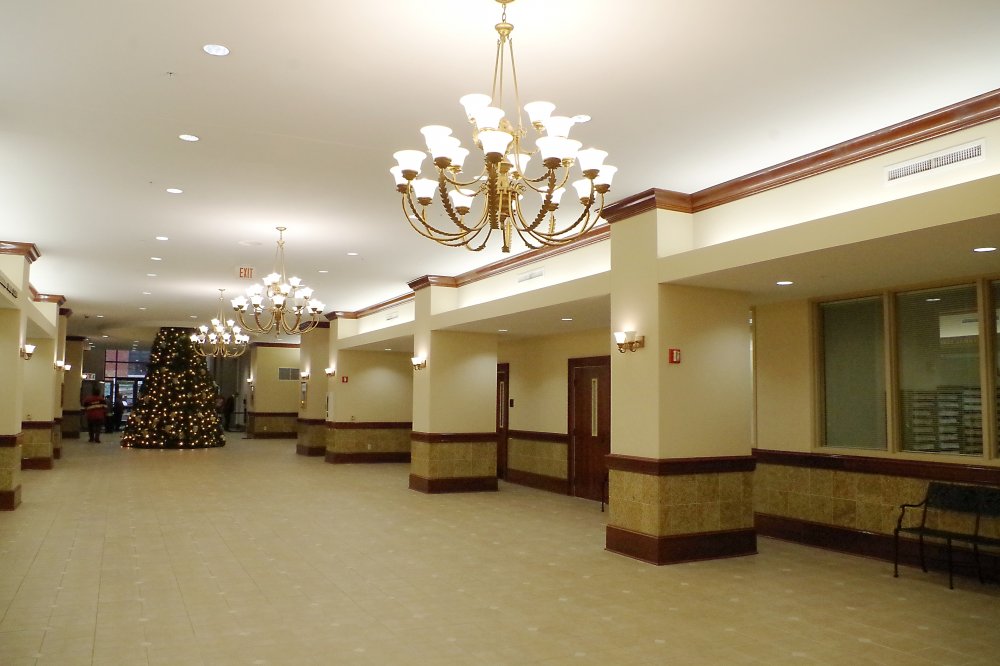 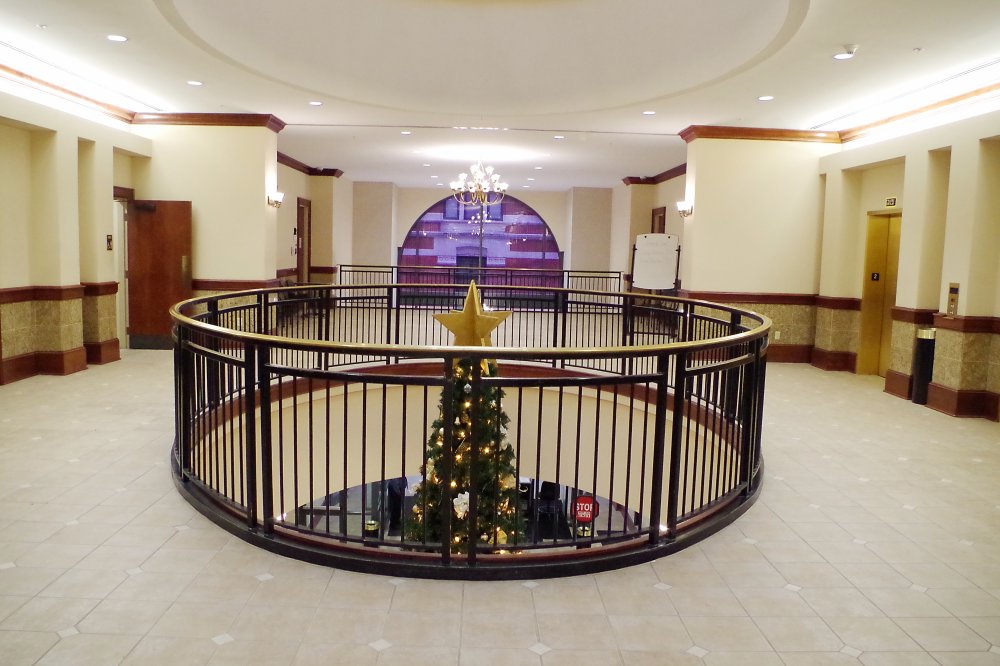 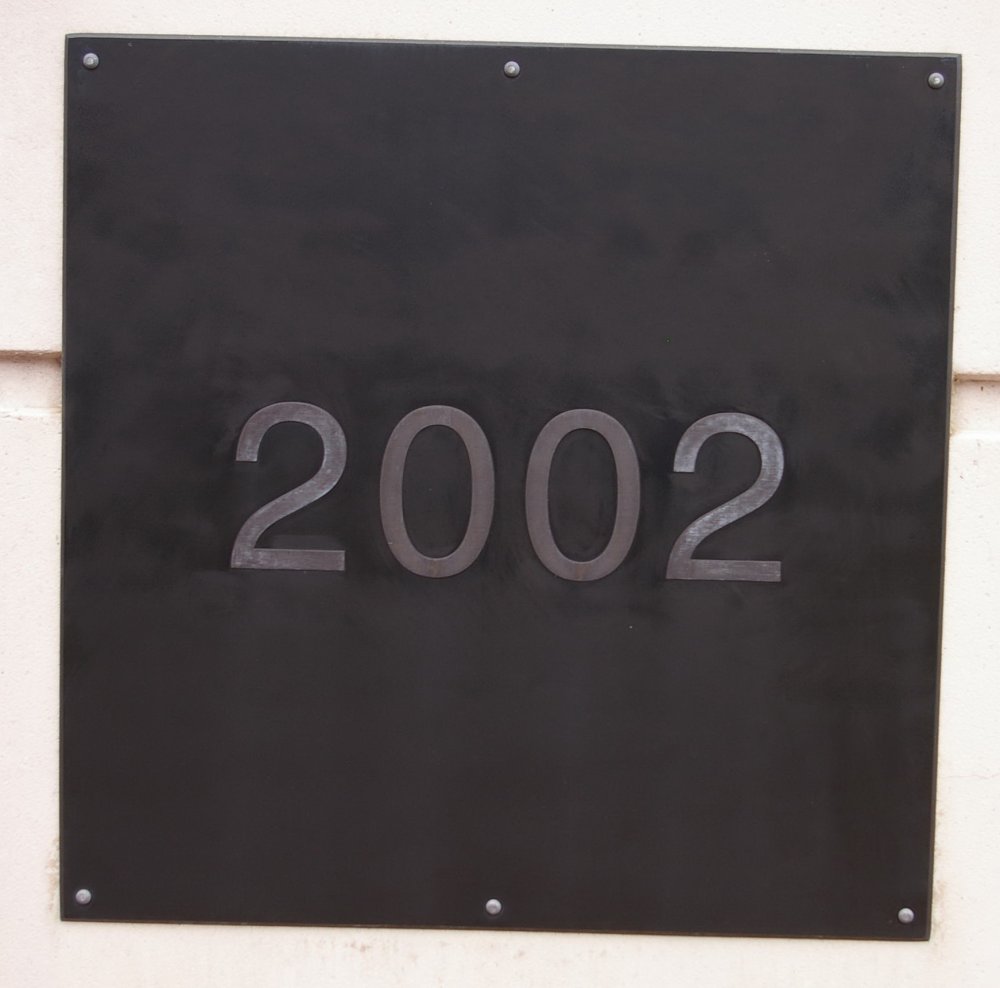 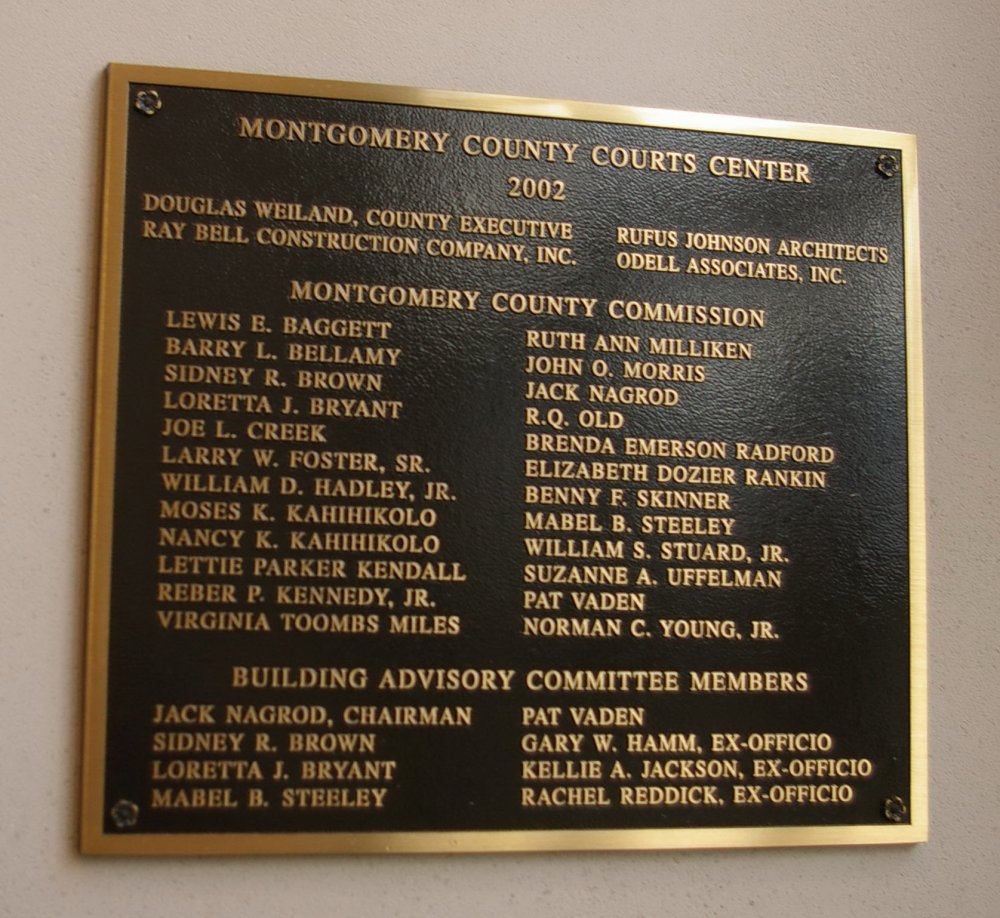 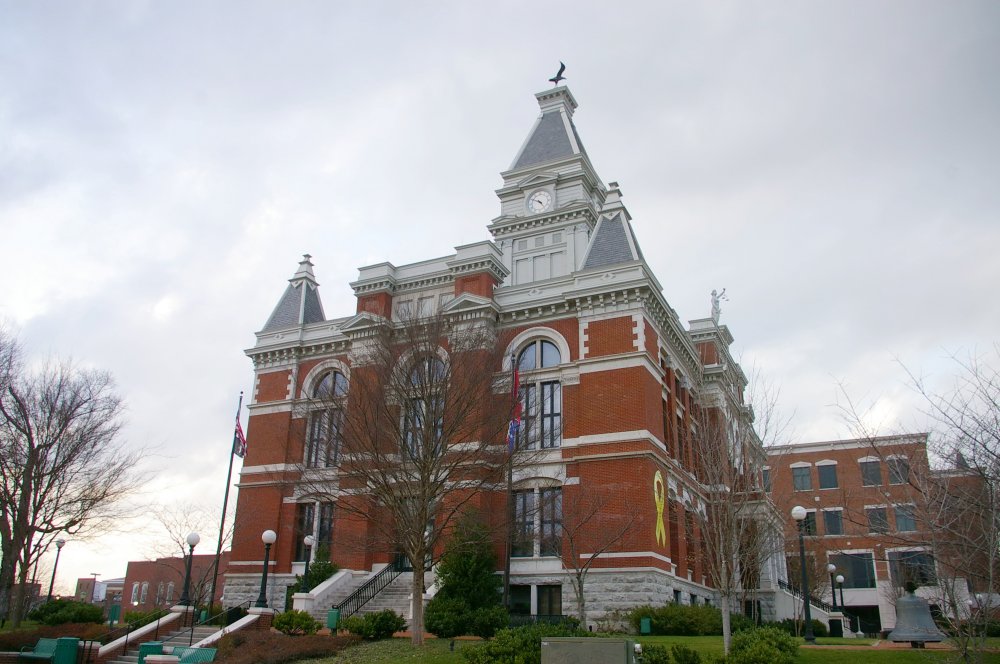