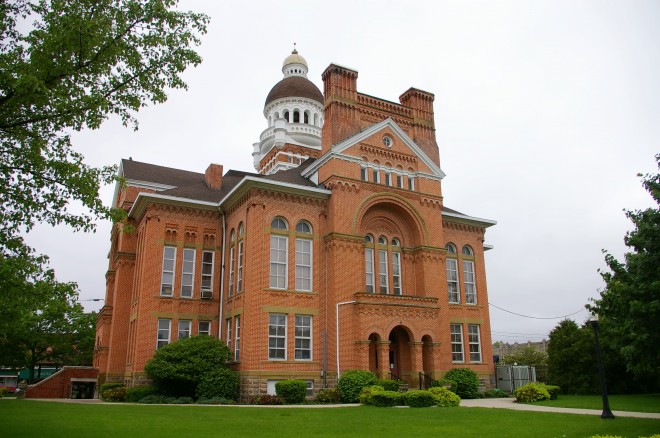 Paulding County is named for John Paulding, who was the captor of the spy John Andre during the American Revolutionary War.

Description:  The building faces west and is a two story red colored brick structure. The building is located on landscaped grounds in the center of Paulding. The west front has a projecting center section with large arch and two small arches on the first story and on the second story is an arch with three recessed windows. Above is a third story with small windows and the section rises to a peak with a higher twin tower section behind. The north, east and south wings project from the main building. On the center of the roof is a square tower rising to a round cupola with small cupola at the top. In the interior, the courtroom located on the second story has been divided into two courtrooms. The building houses the County Court of Common Pleas.

See:  The architect, Edward Oscar Fallis & Company of Toledo, also designed the courthouses in Williams County; and in Indiana in Noble County, in Kansas in Montgomery County; and in Michigan in Lenawee County and Monroe County. 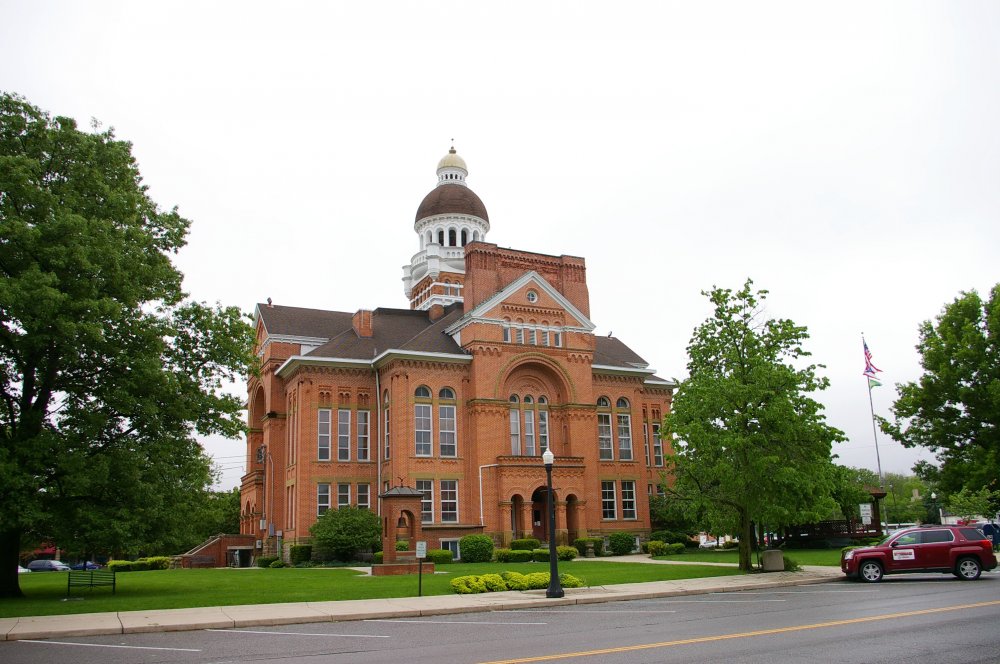 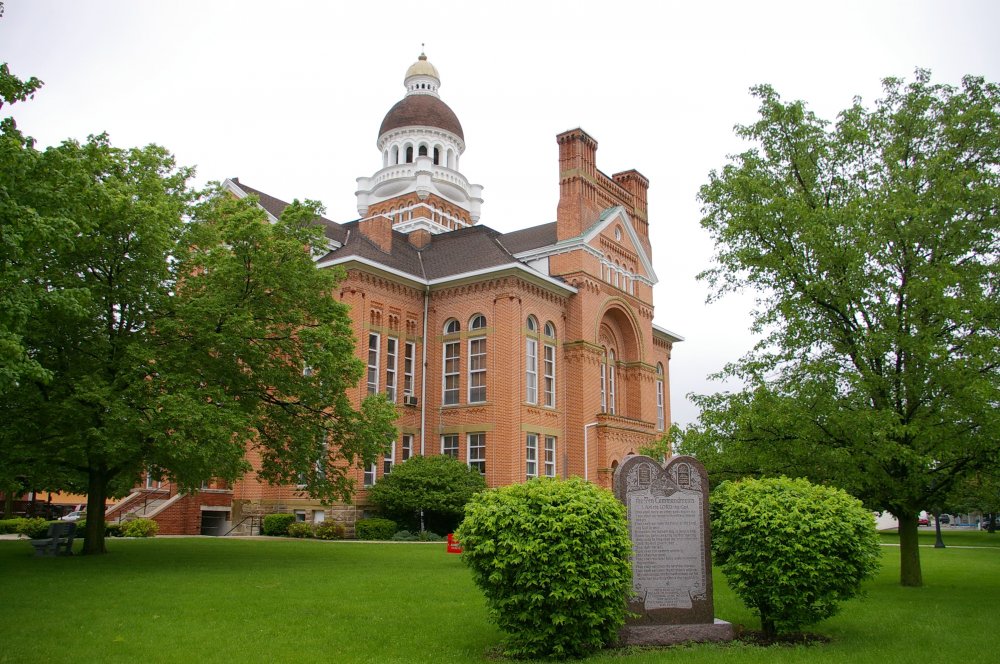 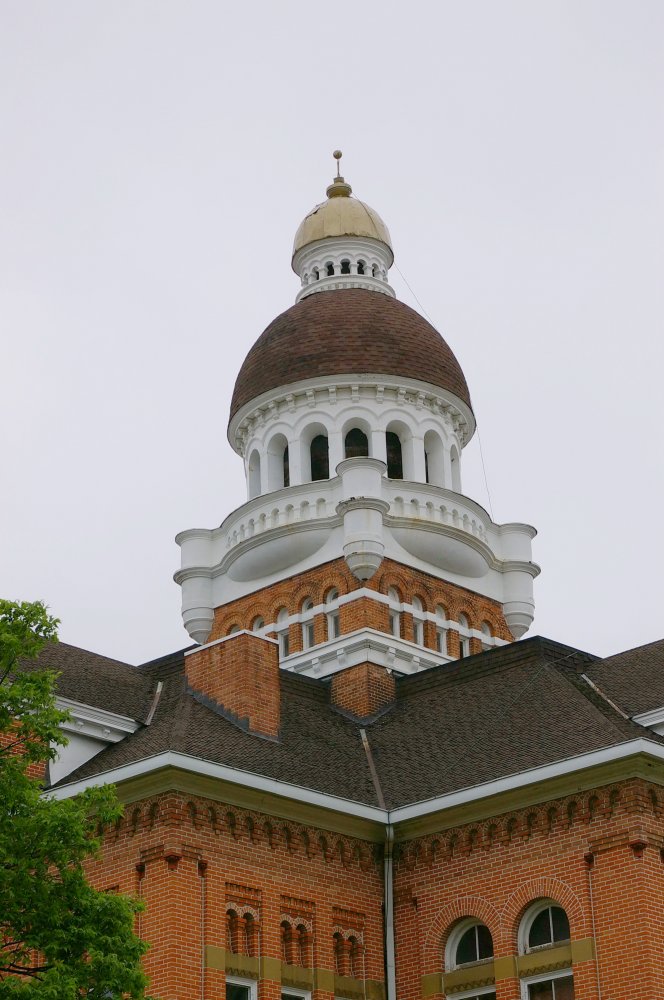 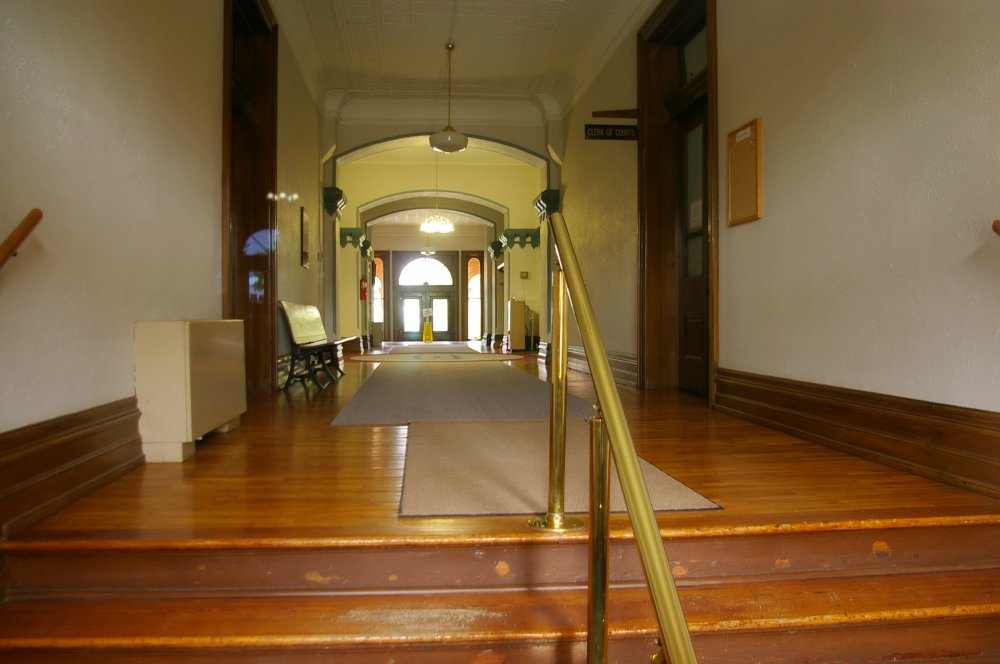 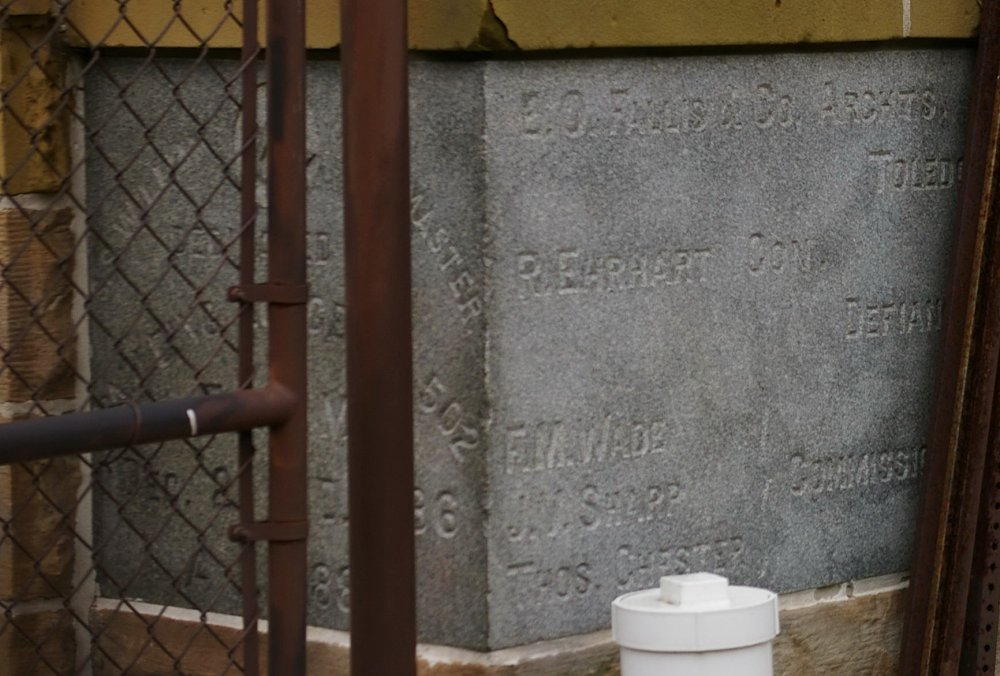 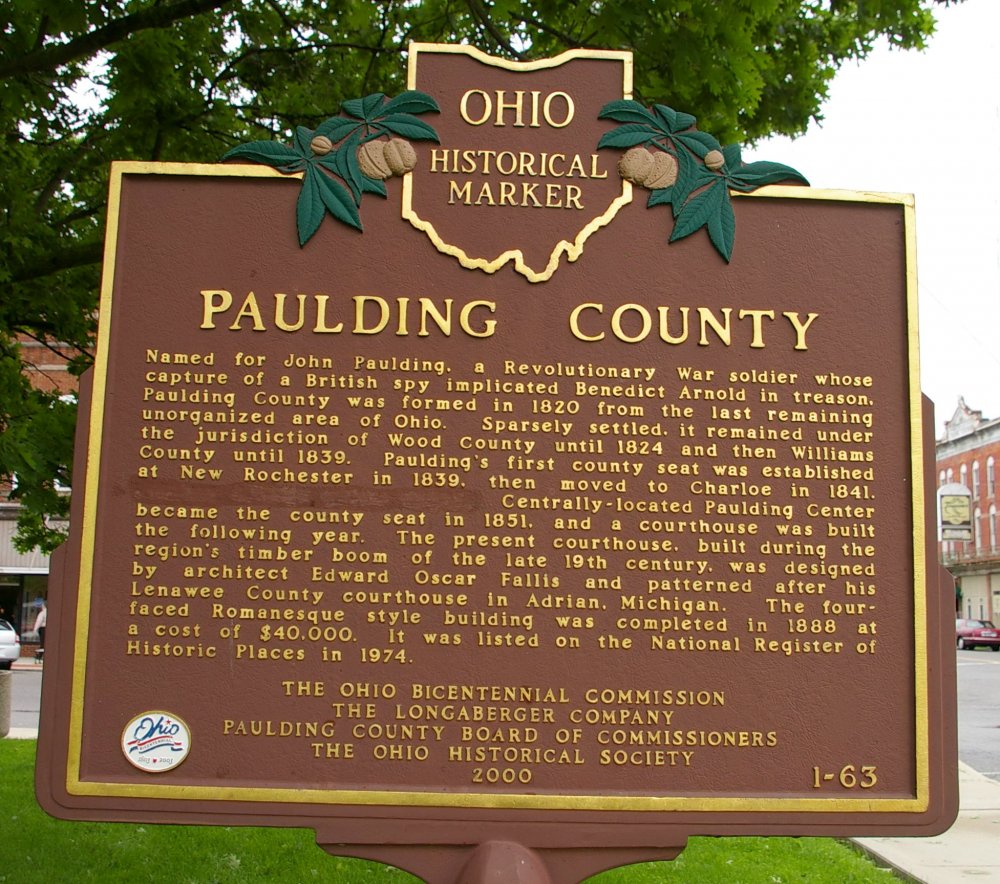