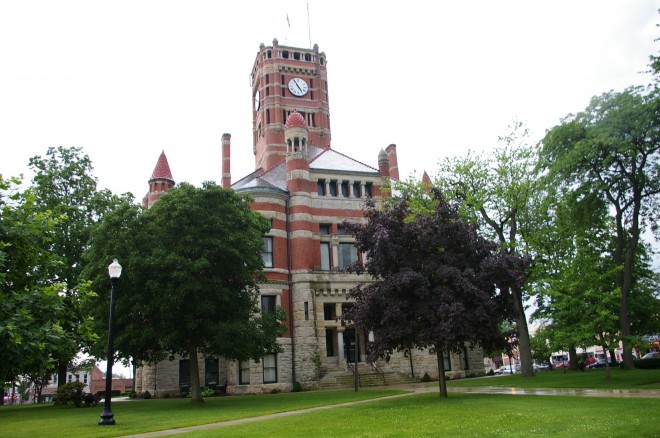 Williams County is named for David Williams, who was the captor of spy John Andre during the America Revolutionary War.

Description:  The building faces south and is a three story red colored brick and Bera and Amherst limestone structure. The building is located on landscaped grounds in the center of Bryan. The south front has a stone framed entrance on the first story with small round towers on either side with red colored domes. The third story has a columned front with steep green colored roof. Round towers are at each corner of the building. On the center of the roof is a large square red colored brick tower with clock and sloped roof. The building houses the County Court of Common Pleas, County Juvenile Court and County Probate Court.

See: The architect, Edward Oscar Fallis & Company of Toledo, also designed the courthouses in Paulding County; and in Indiana in  Noble County, in Kansas in Montgomery County; and in Michigan in Lenawee County and Monroe County. 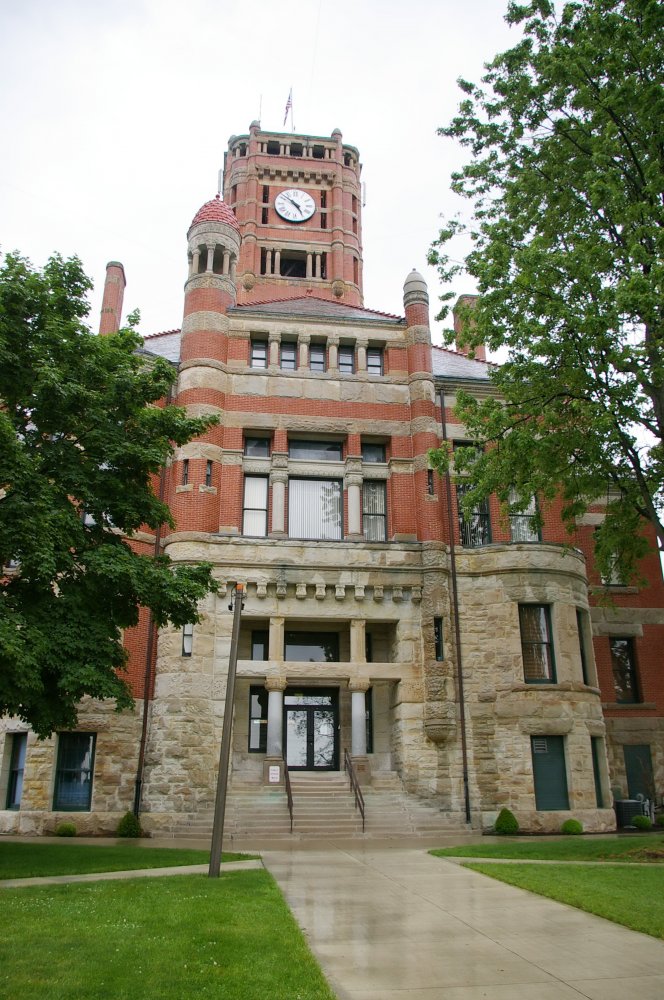 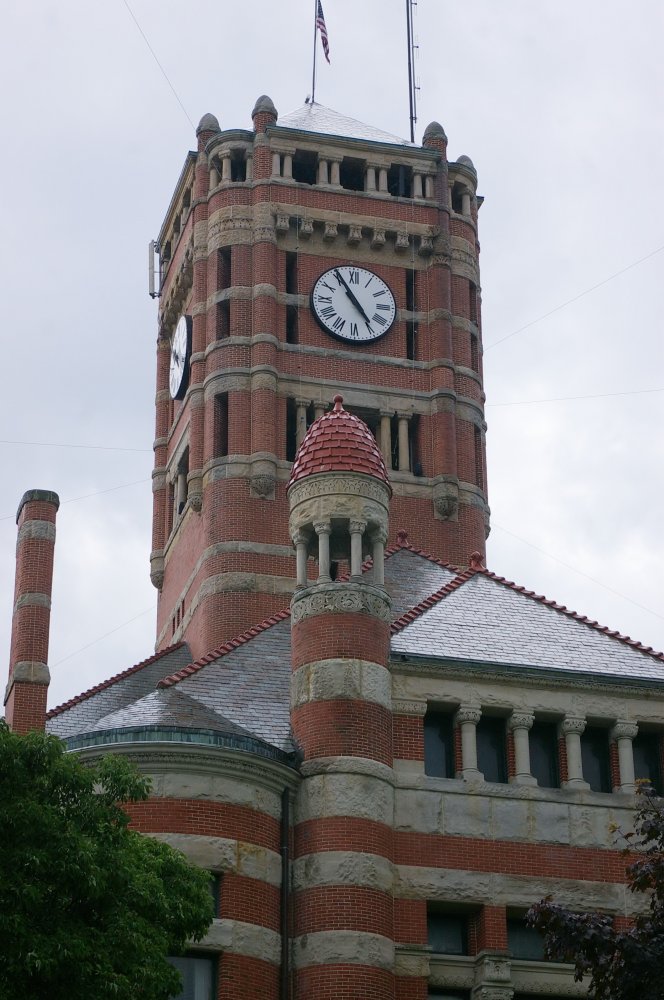 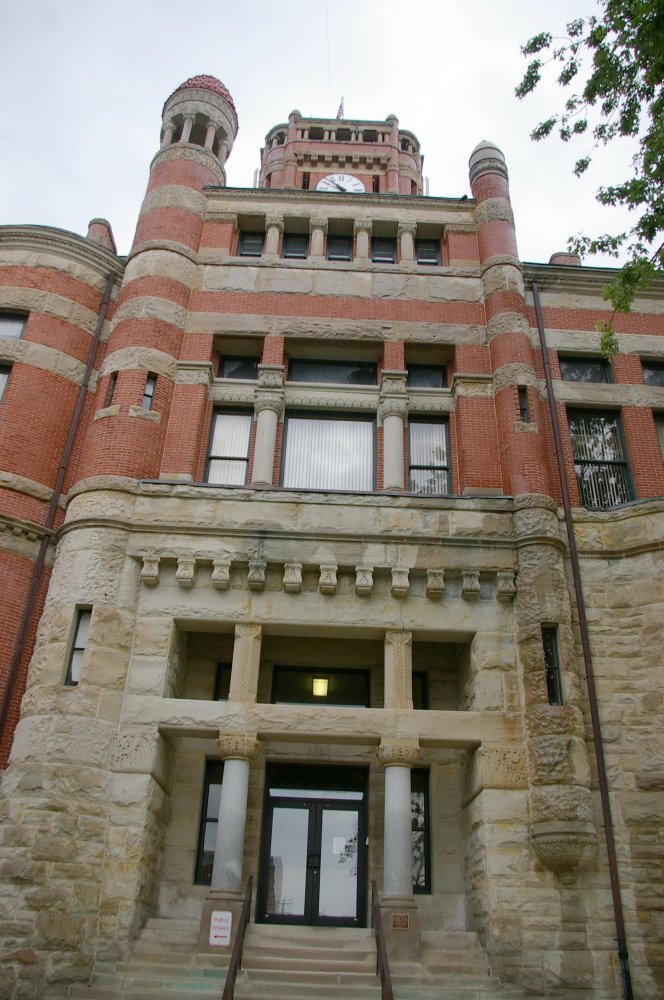 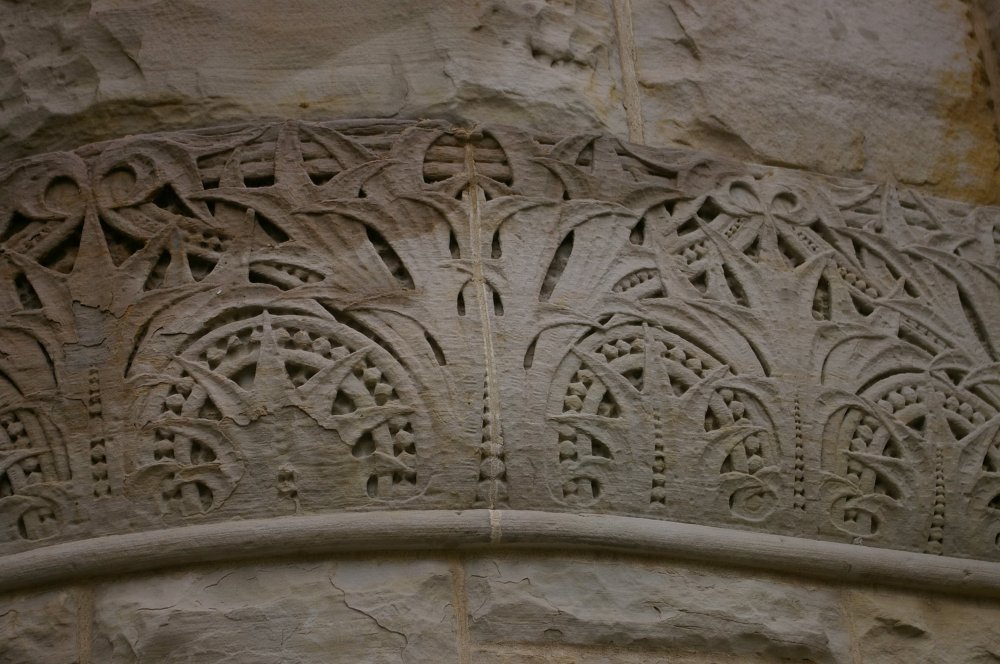 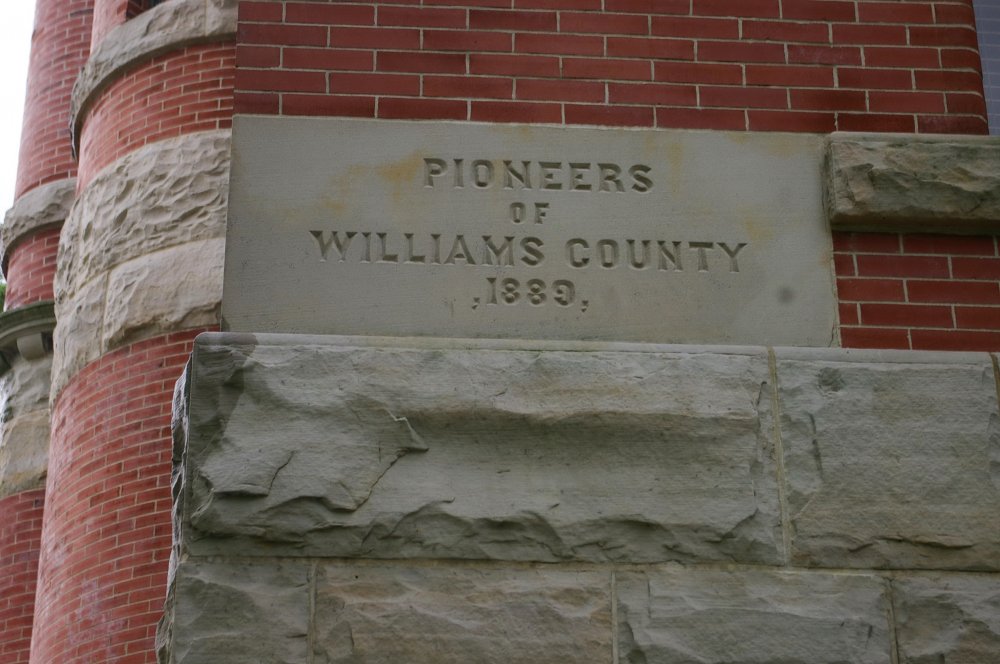