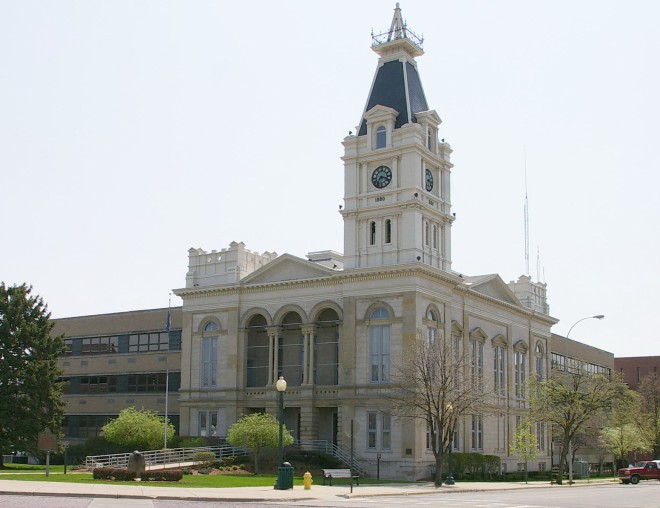 Description:  The building faces north and is a two story cream colored limestone  structure. The building is located on on the landscaped grounds of the Public Square in the center of Monroe. The building has a four story square clock tower on the northwest corner with steep roof and a small parapet at the top. The front has three high arches with double columns between. In the interior, the modern entrance has a high atrium. The historic courtroom is located on the north side of the third story and has a gallery on the north and west sides. The building houses the County Circuit Court of the 38th Judicial District, County District Court and County Probate Court. On the east and south are the new additions. The building has had three additions in 1954 along Washington Street, when a four story addition was added. In 1966 another addition was added along First Street. In 1986 on the site of the former Jail, the final addition was added. The architect was TMP Associates of Bloomfield Hills. The building was restored after a fire on April 13, 1992.

See: The architect, Edward Oscar Fallis & Company of Toledo, Ohio also designed the courthouses in Lenawee County; and in Illinois in Schuyler County, in Indiana in Noble County, in Kansas in Montgomery County; and in Ohio in Paulding County, and in Williams County. 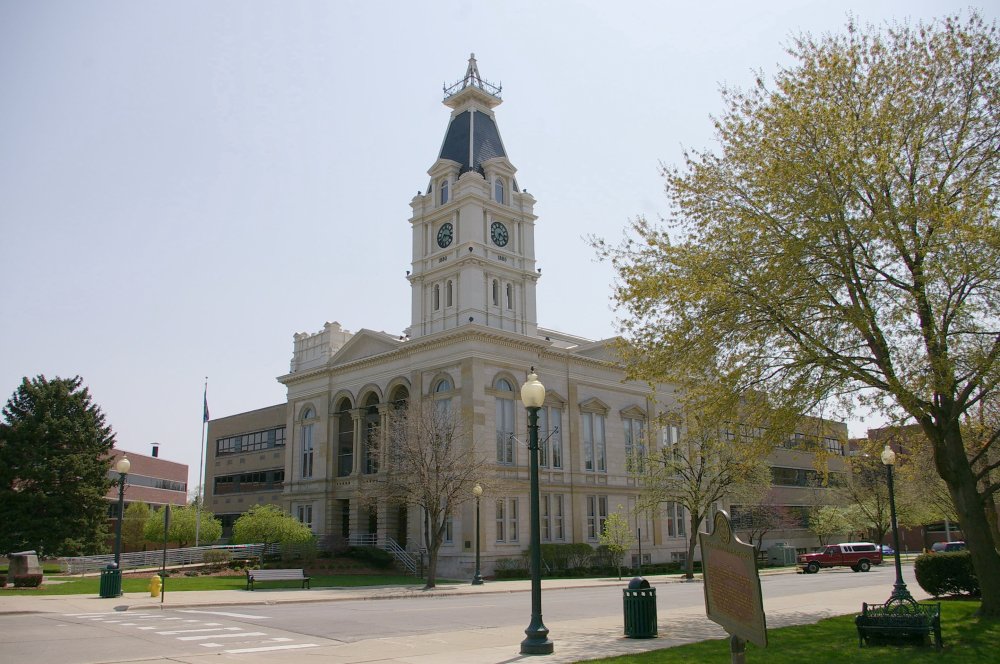 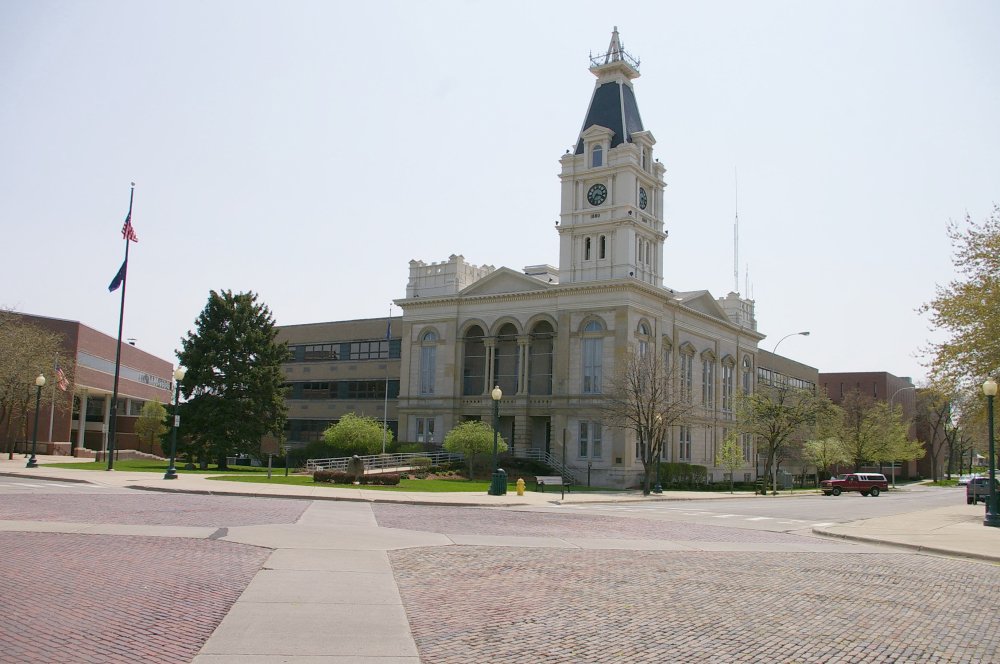 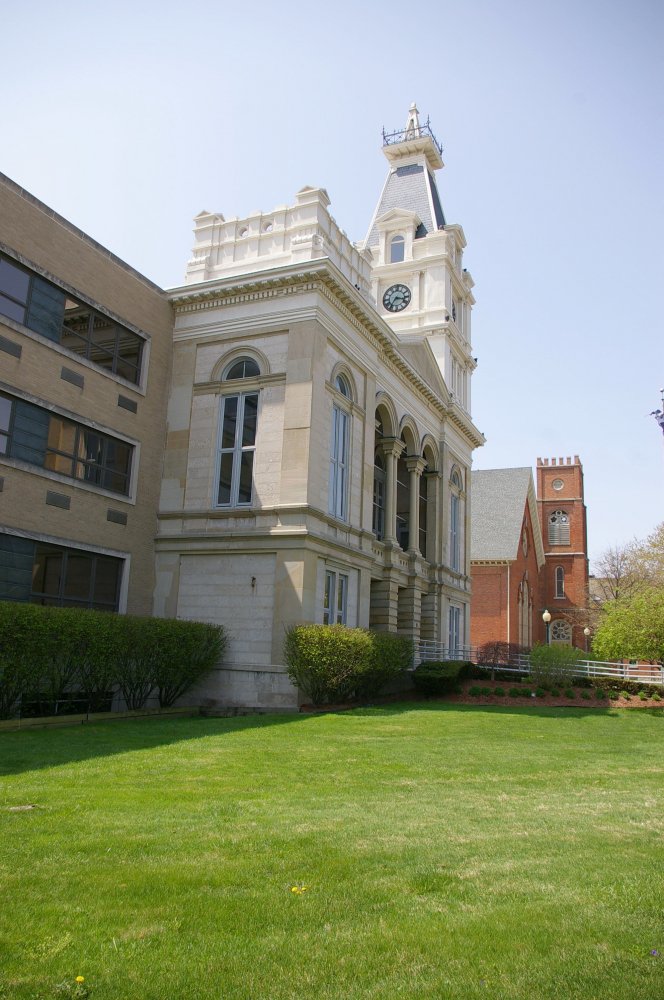 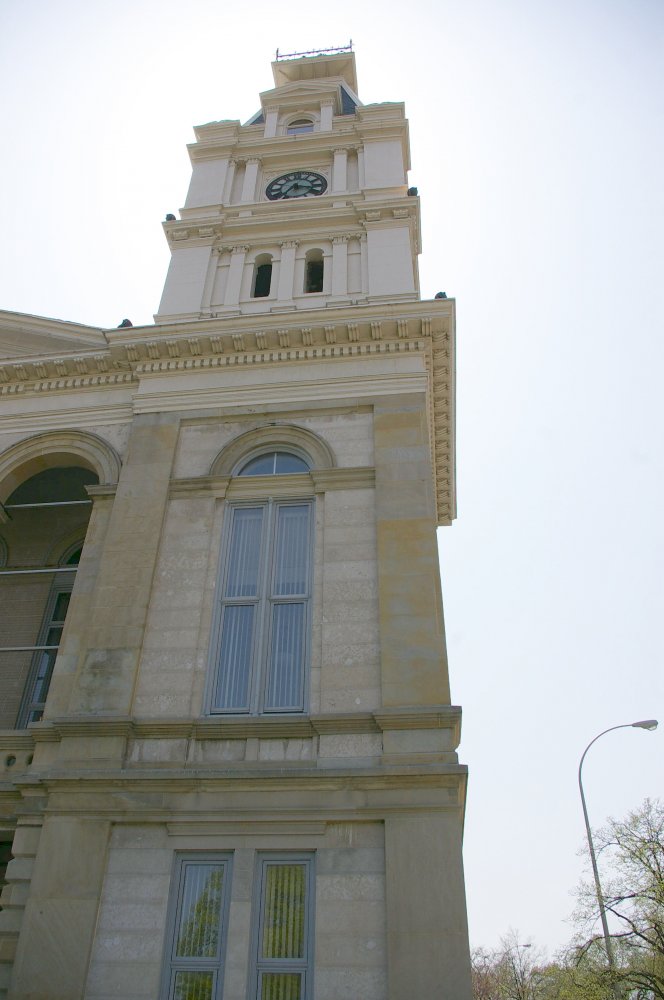 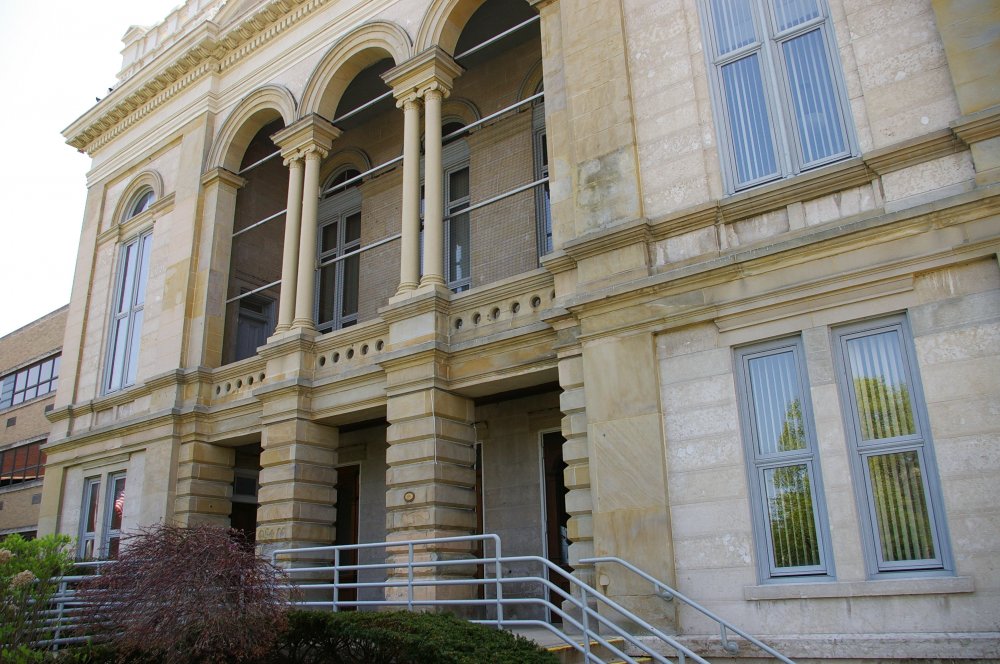 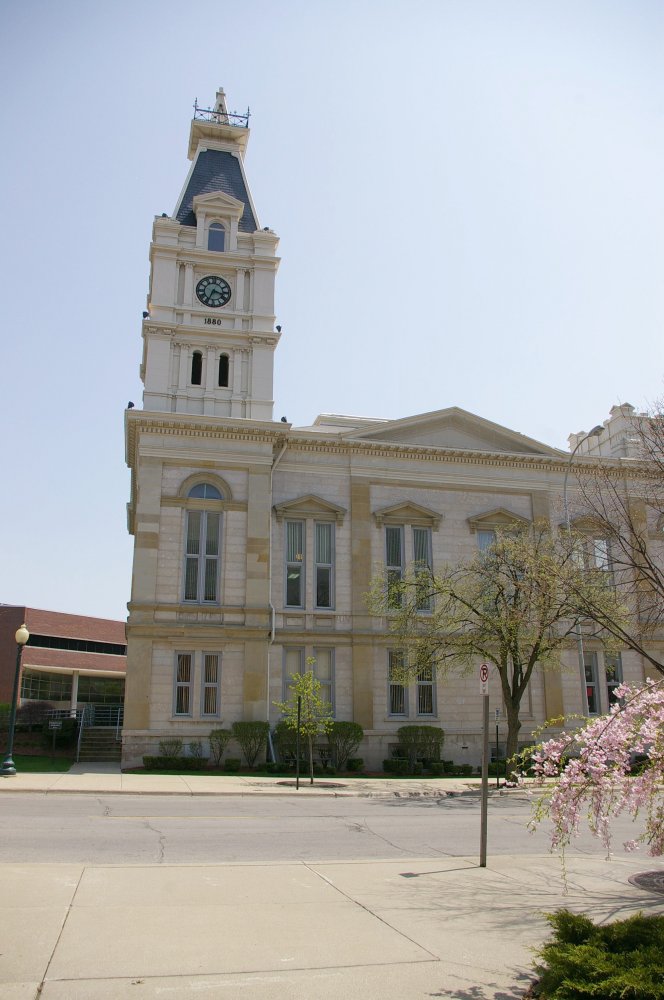 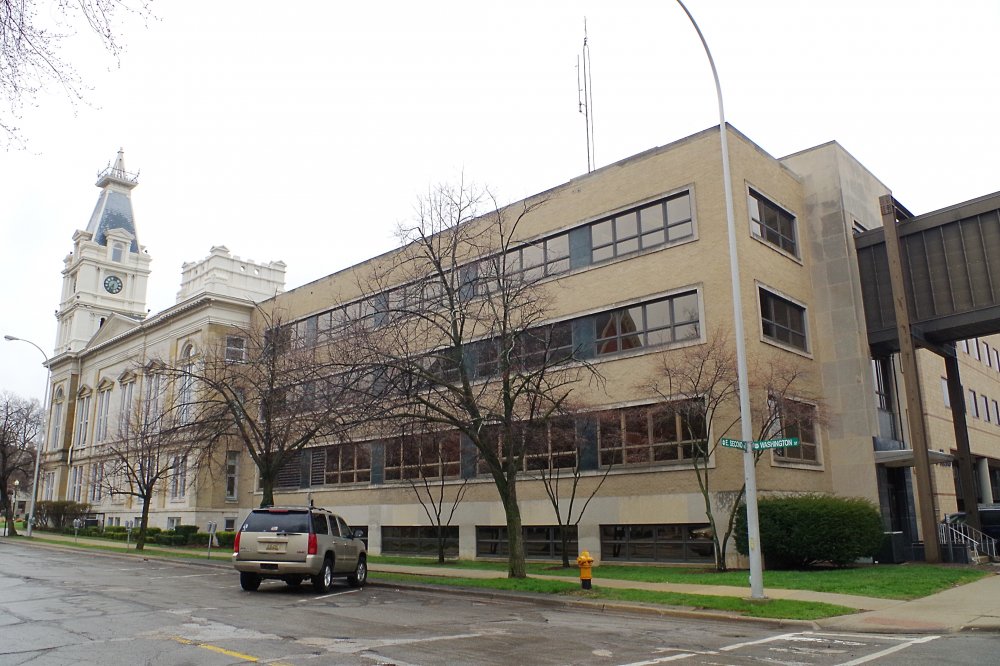 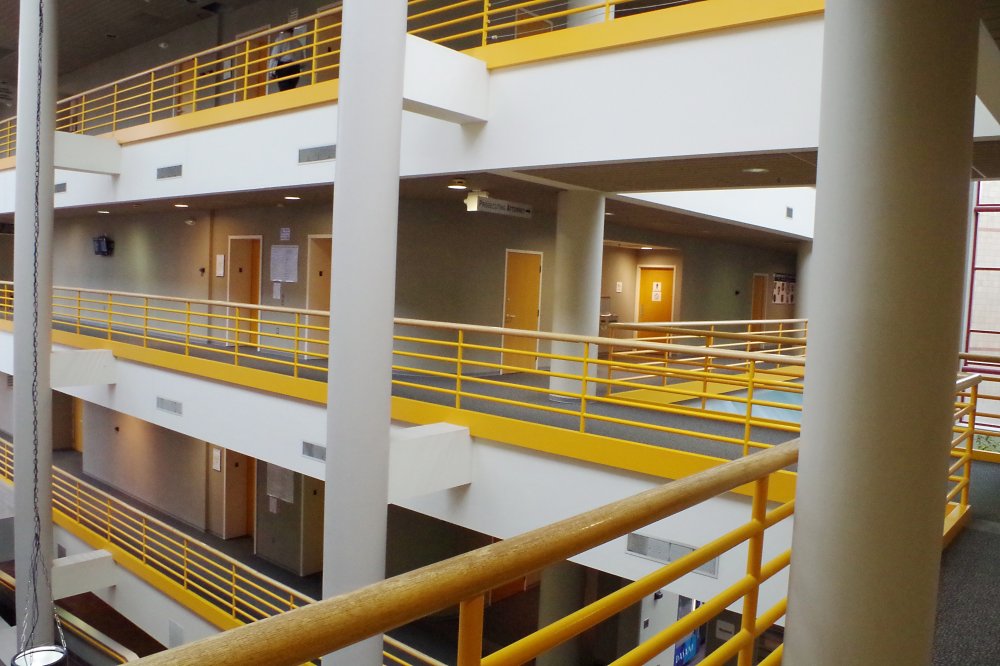 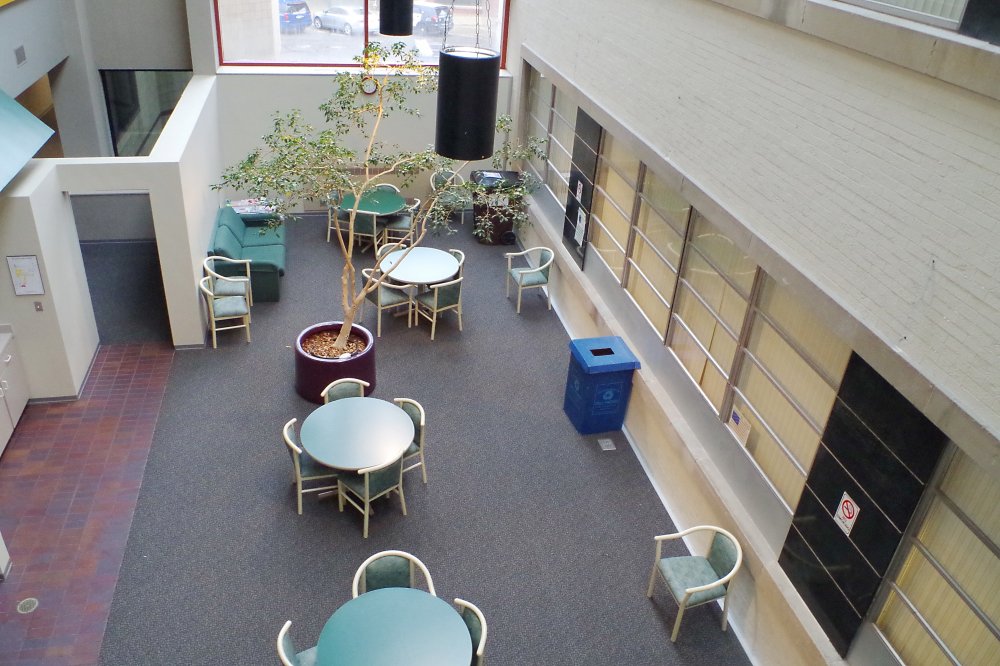