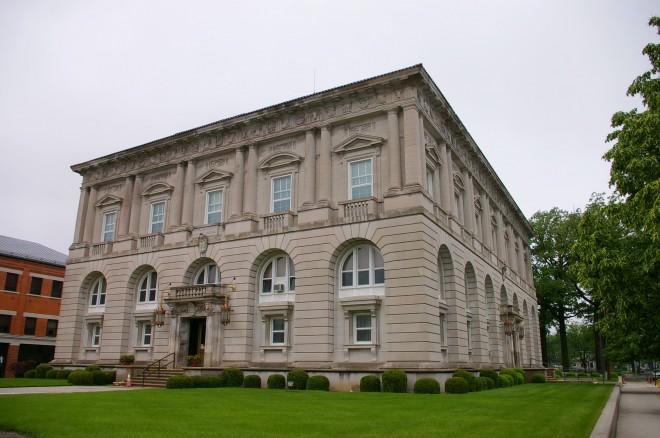 Putnam County is named for Israel Putnam, who was a general during the American Revolutionary War. 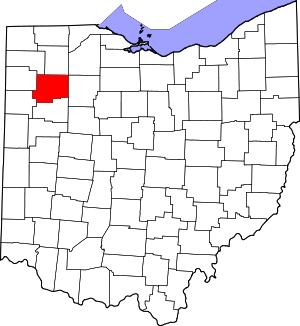 Description:  The building faces south and is a three story gray colored stone and concrete  structure. The rectangular shaped building is located on landscaped grounds in the center of Ottawa. The south front has a stone framed entrance on the first story with small balcony and arched window above. The third story has double columns dividing the windows which have small pediment above. The eave along the roof extends from the building. The roof line is flat. The interior has a grand staircase. The large courtroom is located on the west side of the third story and the small courtroom is located on the east side. The building houses the County Court of Common Pleas. 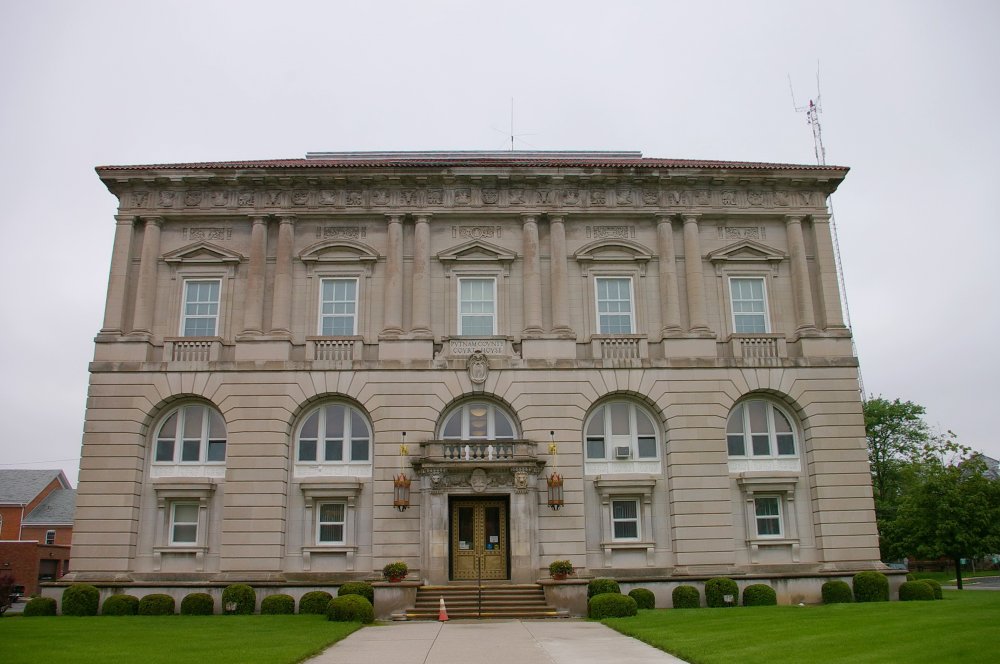 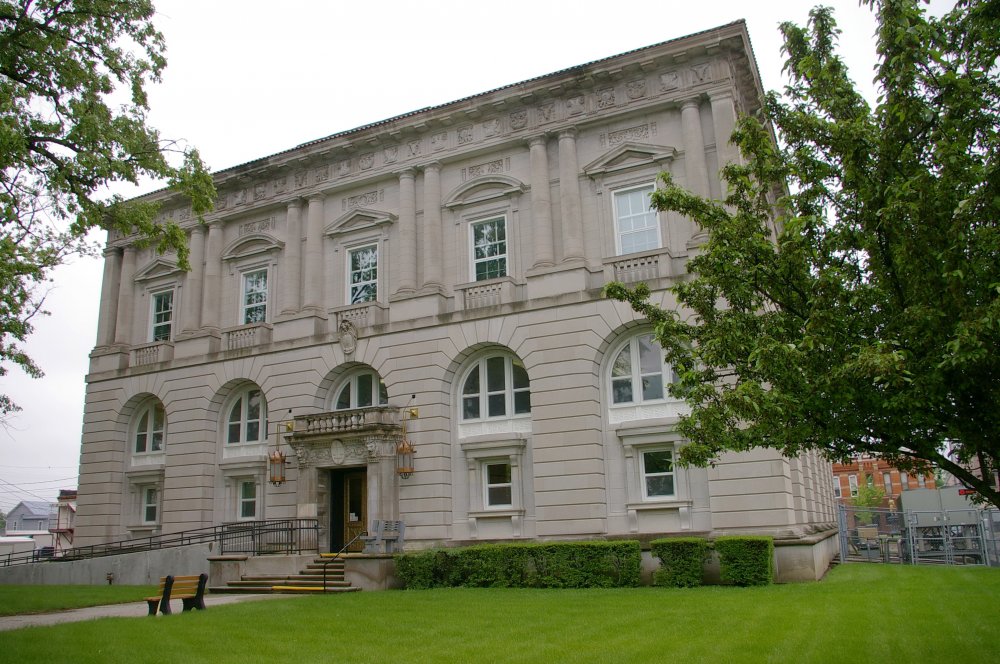 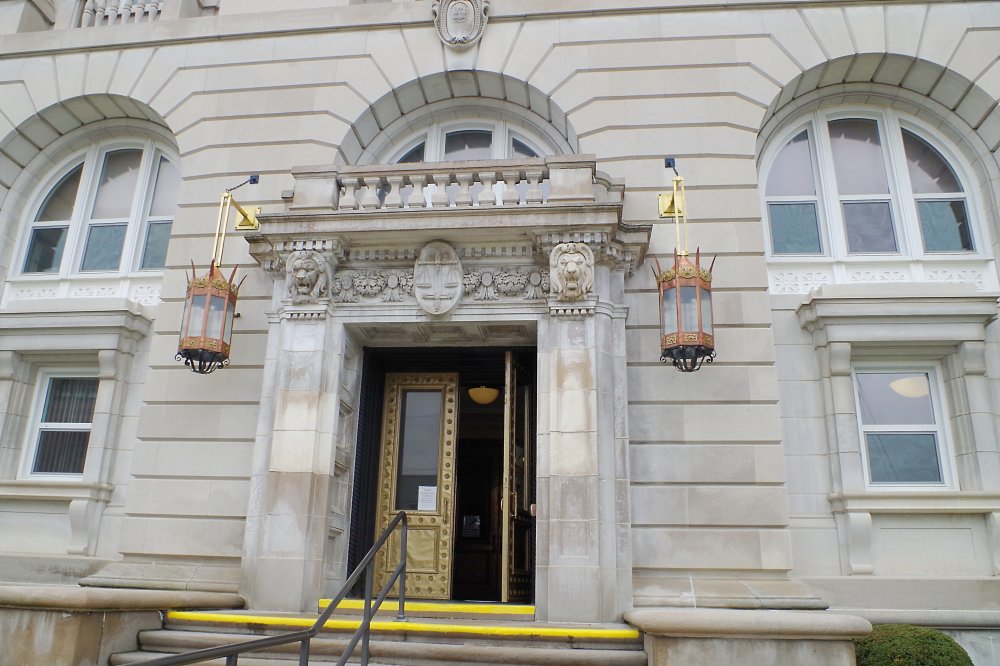 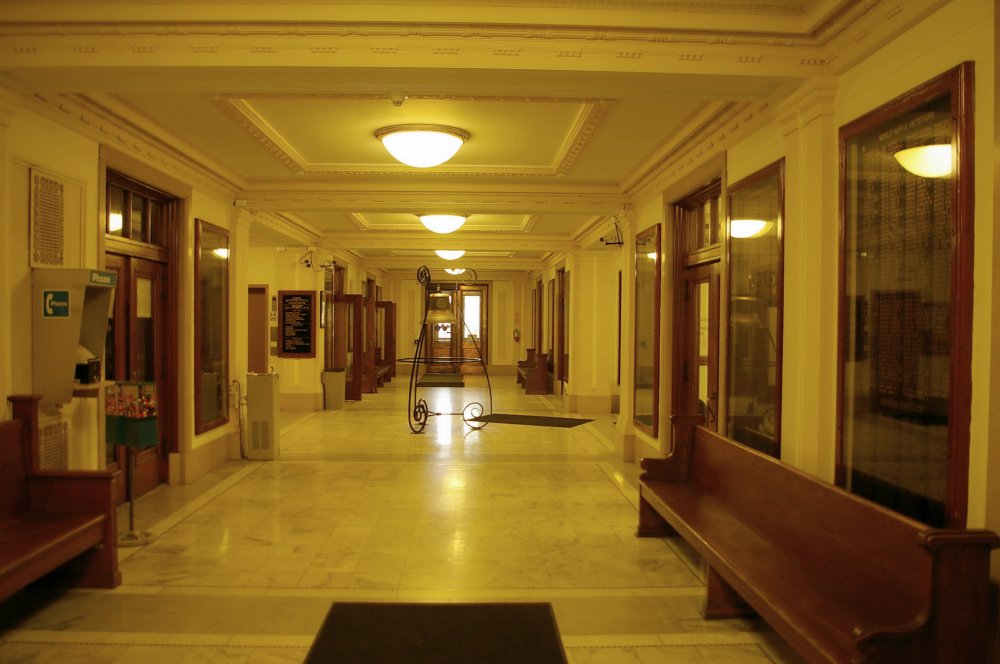