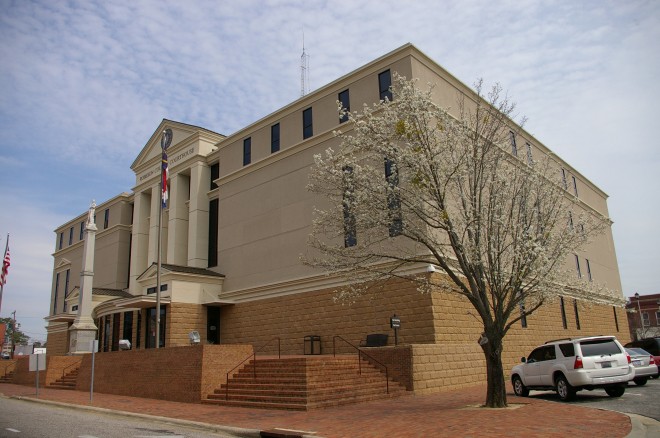 Robeson County is named for Thomas Robeson, who was an officer in the American Revolutionary War.

Description:  The building faces west and is a four story red-orange colored course stone, polished stone and concrete structure. The building is located in the center of Lumberton. The building was constructed from 1908 to 1909 as a Greek Revival structure. In 1974 to 1975, the building was completely remodeled. At the west front is a projecting glass bay with four square pillars rising to a pediment at the roof. On either side of the bay are square entrance sections with peaked roofs. The base on the first story is course stone and the upper stories are faced with polished stone. The courtroom is located on the second story with balcony on the third story. The architect was Lee & Thompson and the contractor was T A Nye & Sons Inc. A new facade and addition on the east side were added in 2005. The architect was Sutton-Kennedy Associates Inc. and MC Architecture Inc. and the contractor was M & E Contracting Inc. 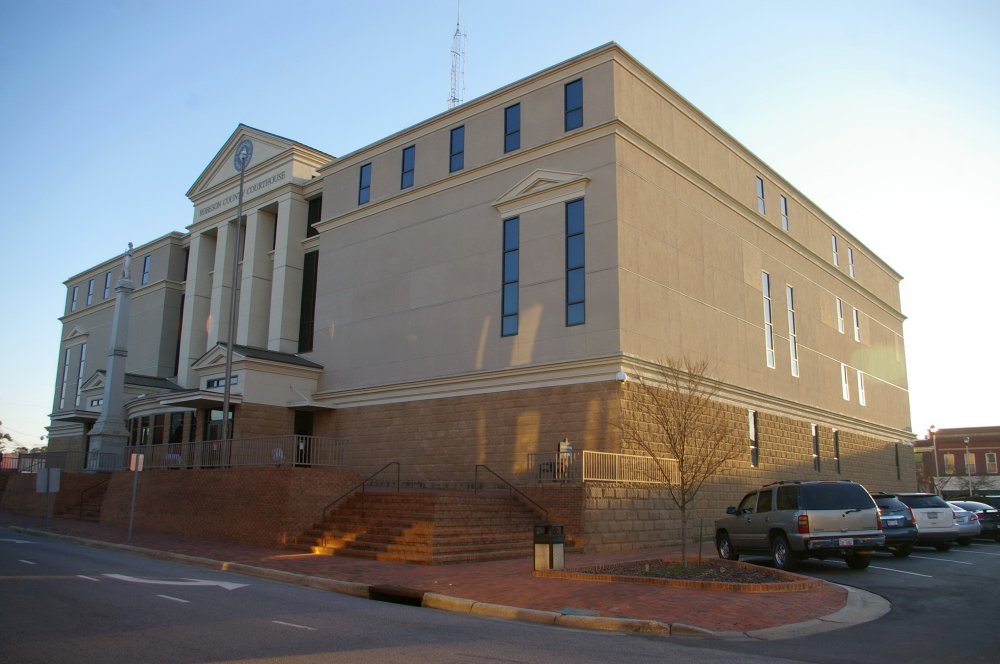 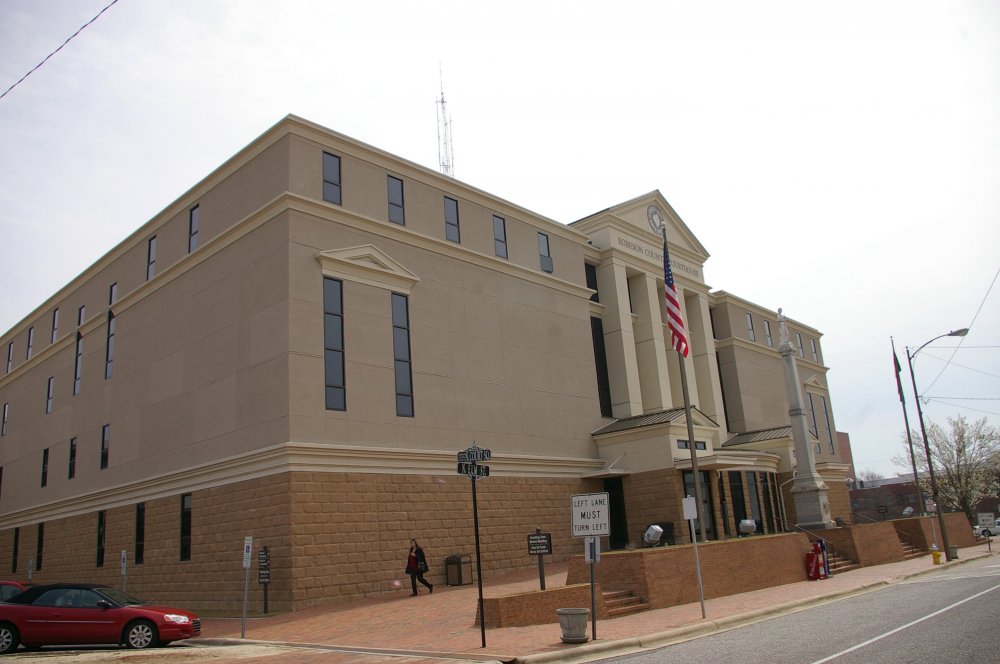 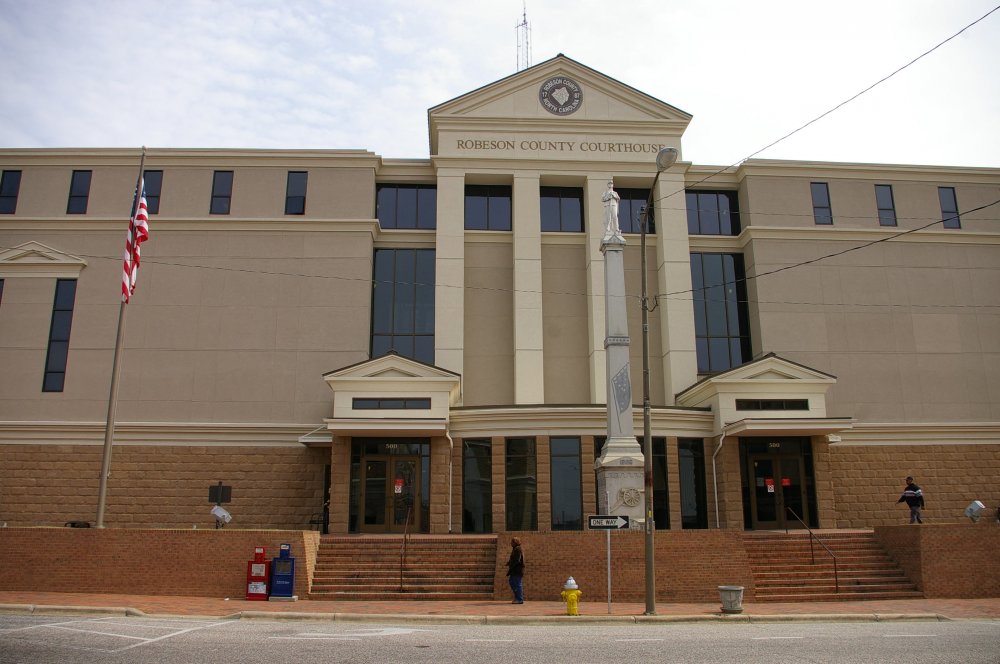 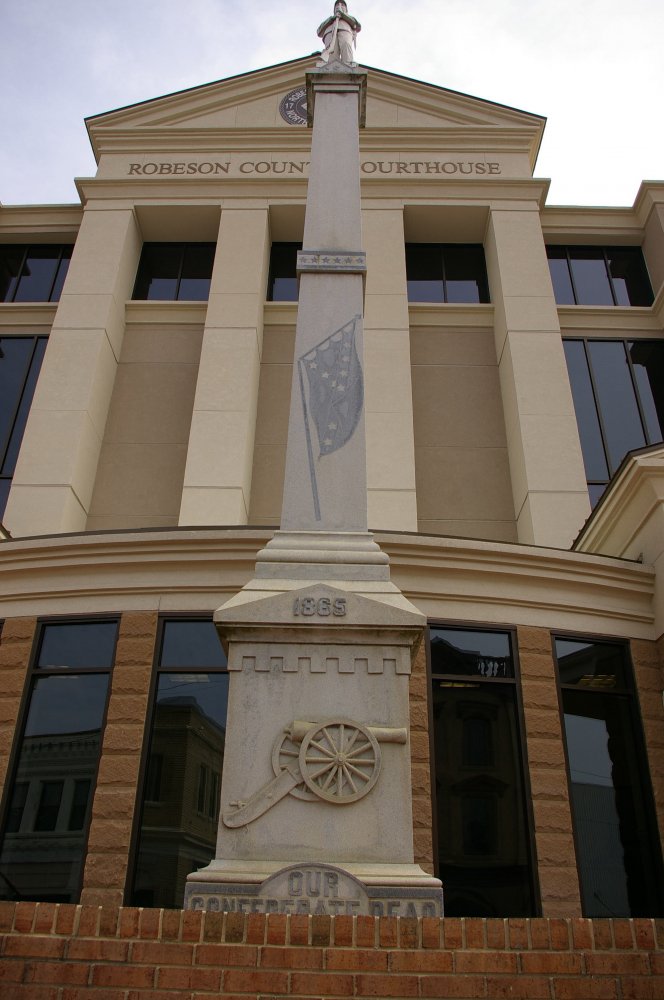 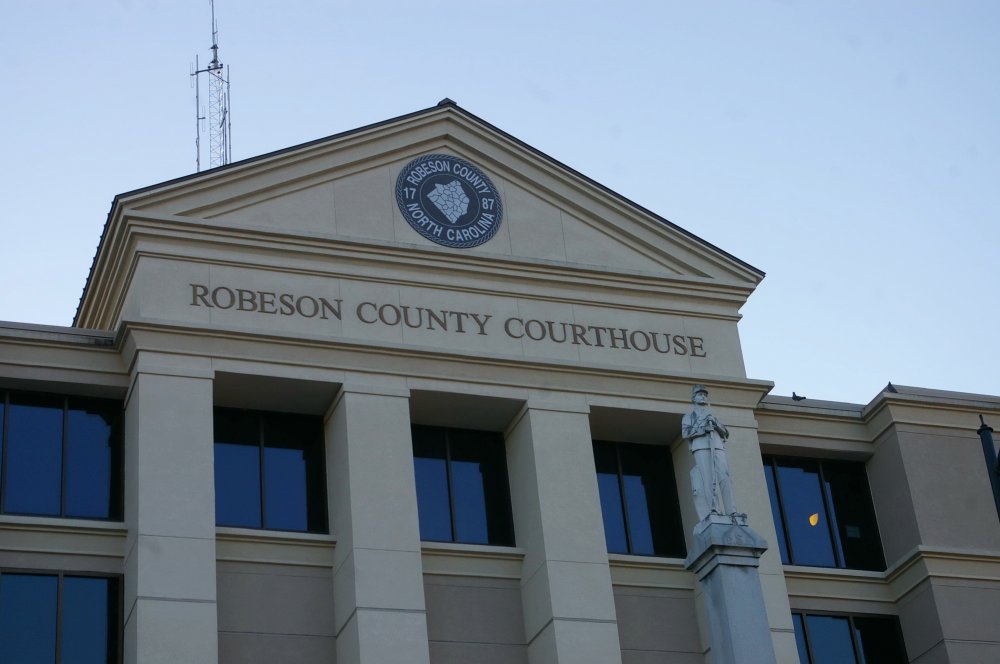 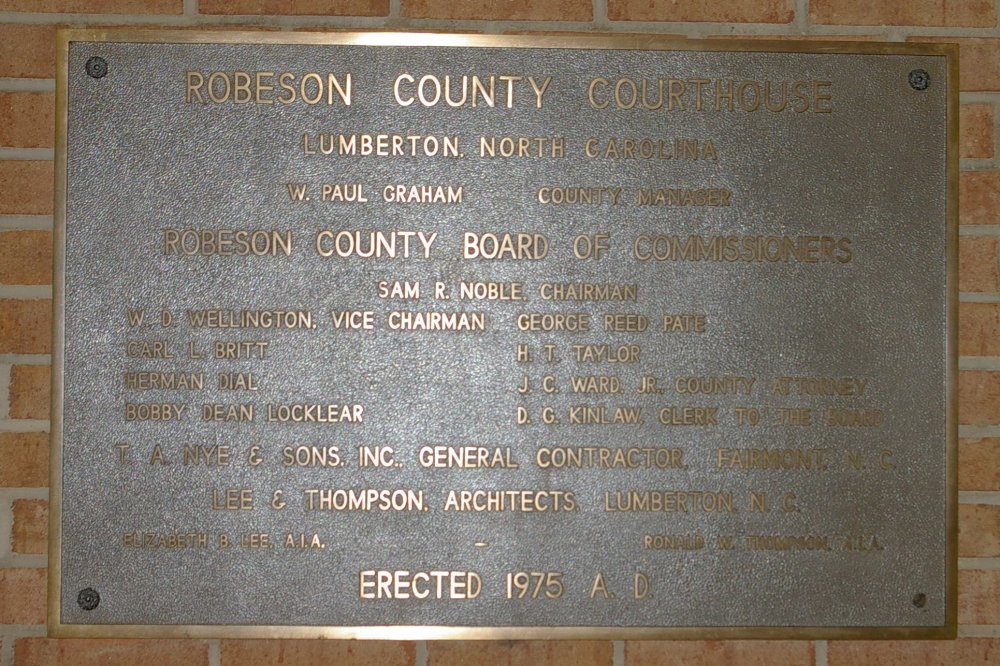 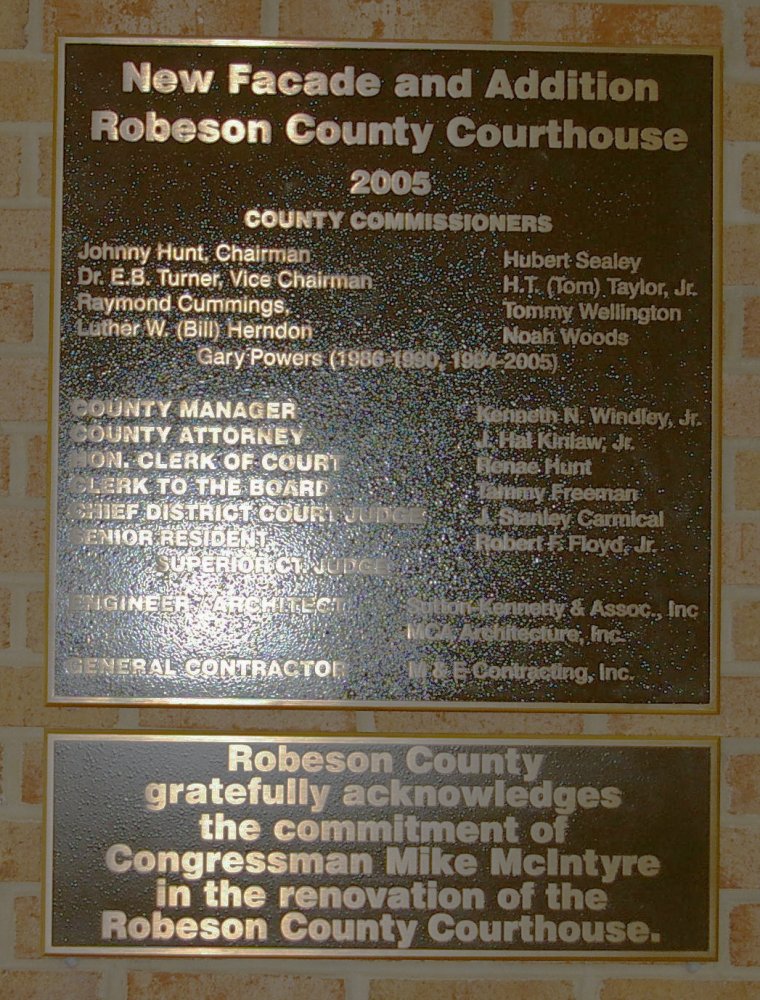 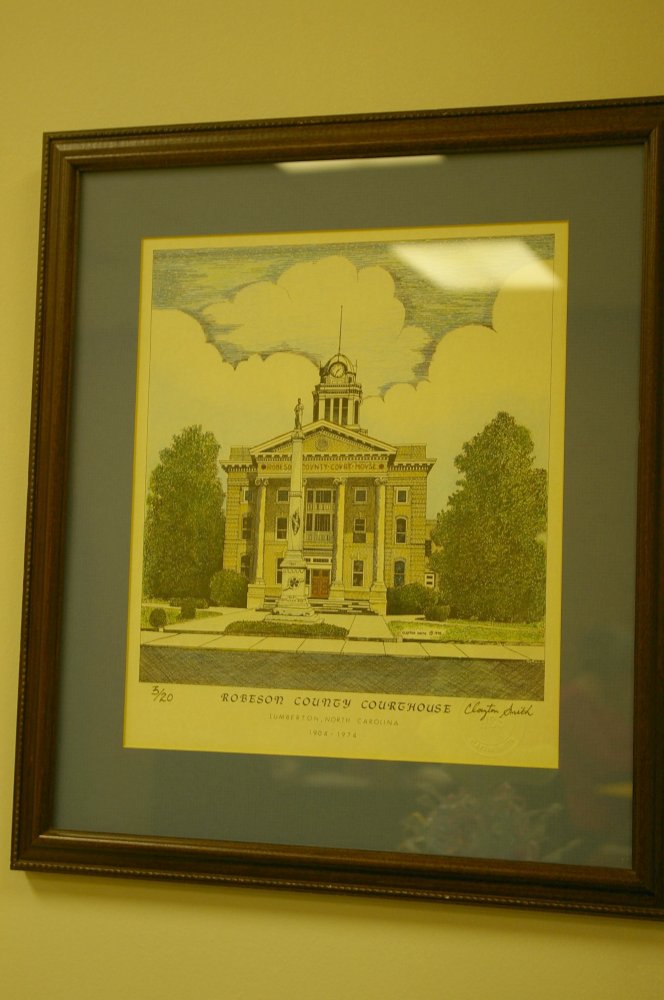