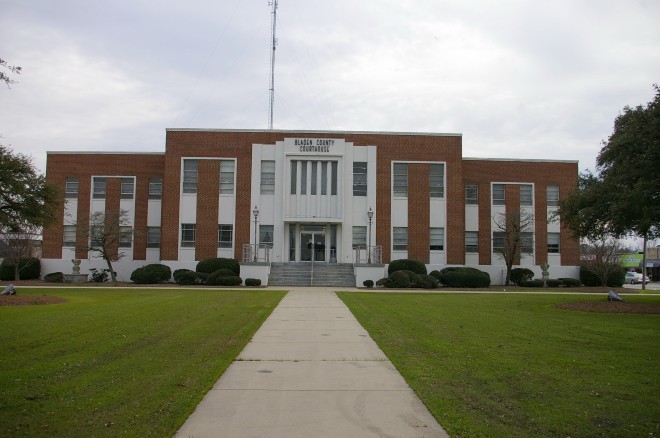 Bladen County is named for Martin Bladen, who was a member of the Board of Trade.

Description:  The building faces north and is a two story red colored brick and concrete structure. The building is located on spacious landscaped grounds in the center of Elizabethtown. The building has a white colored concrete facing in the center section with a canopy over the entrance. On the second story are narrow vertical windows. The east and west wings are lower. The window sections are framed with white colored trim. The roof line is flat. In the interior, the courtroom is located on the second story. The building houses the County Superior Court and County District Court of the 13th Judicial District. An addition was constructed on the south side. 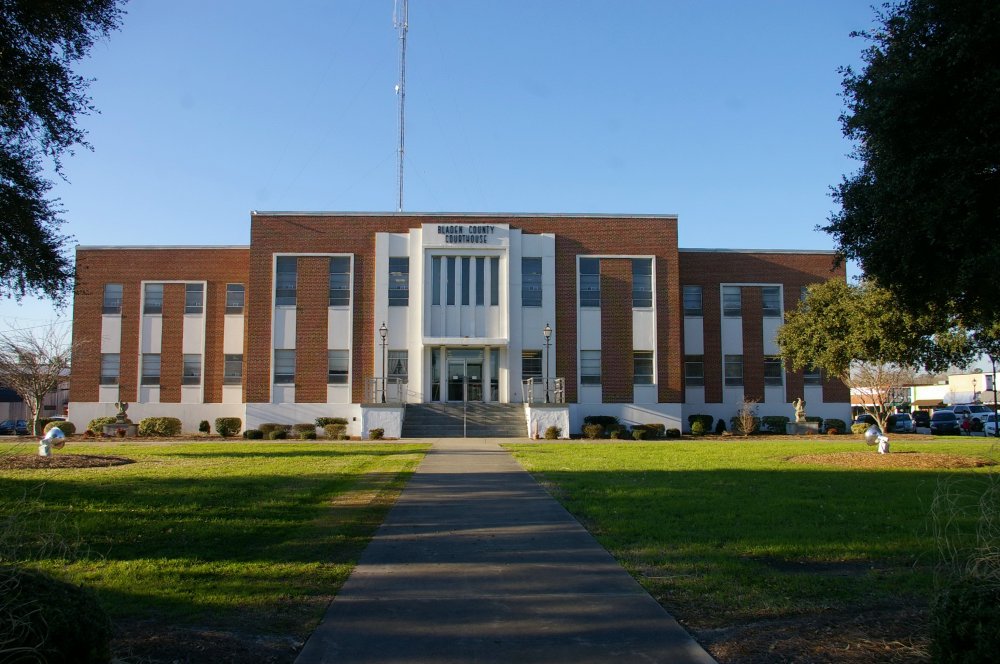 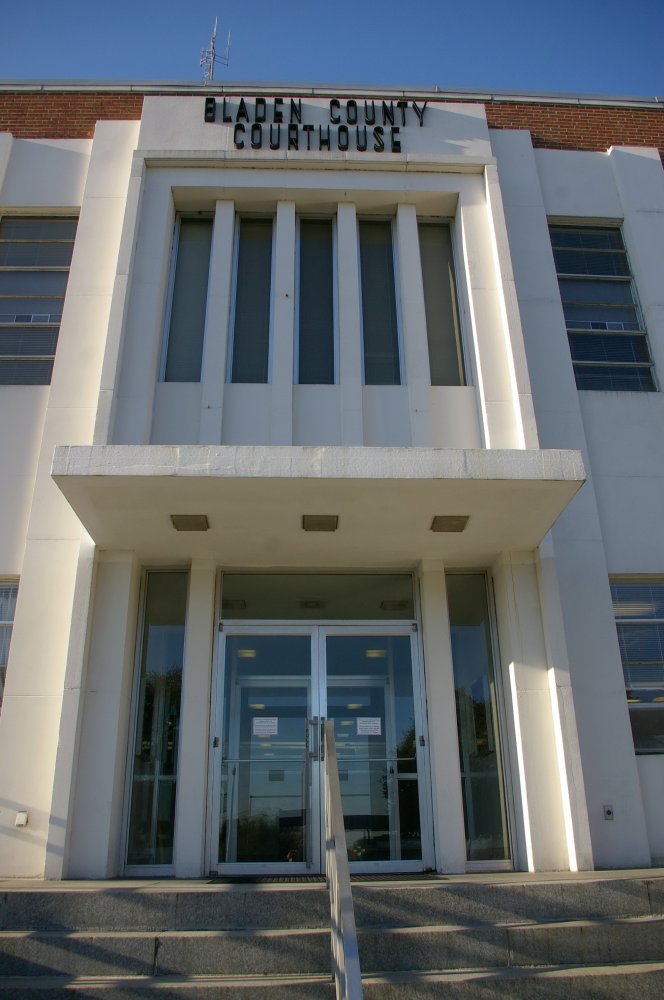 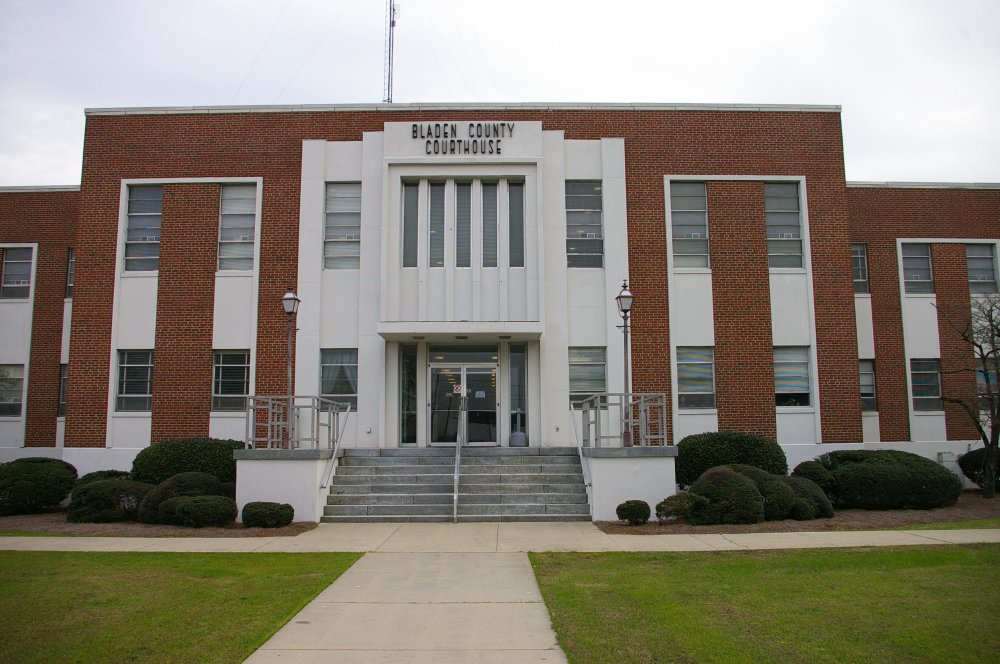 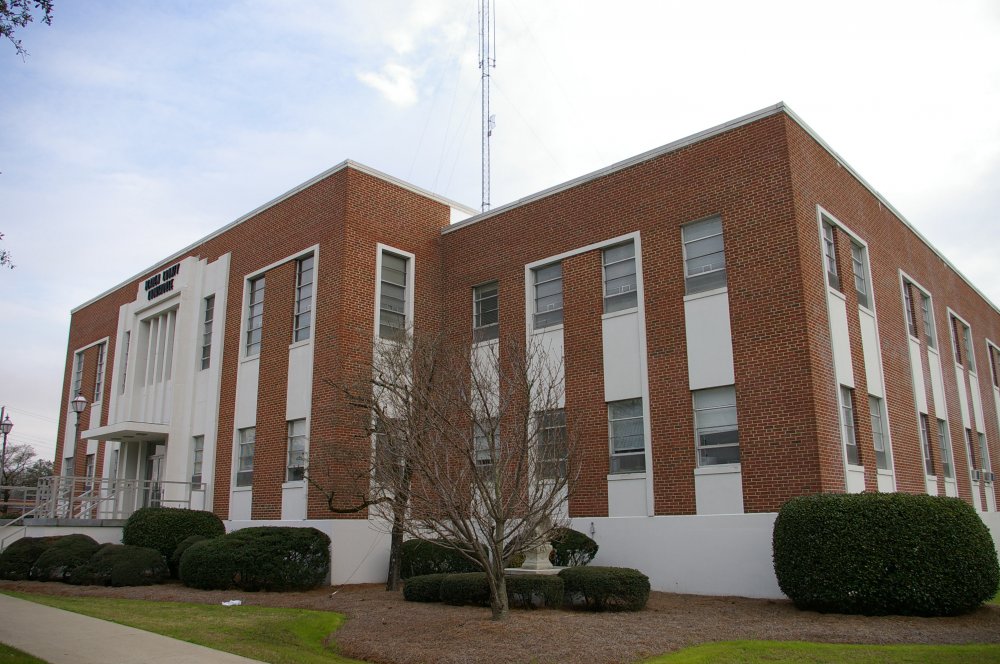 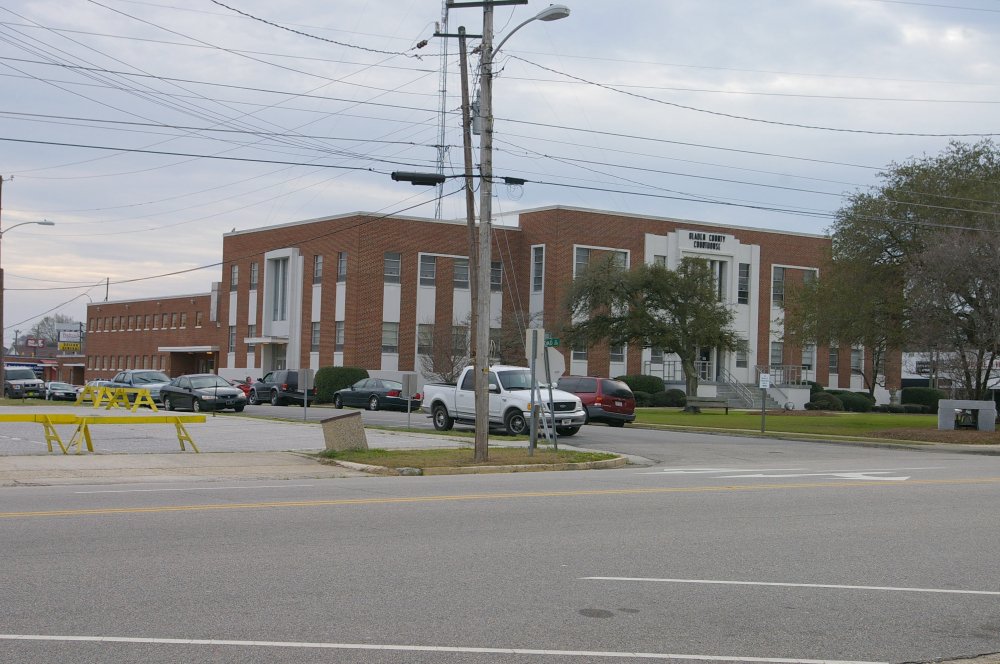 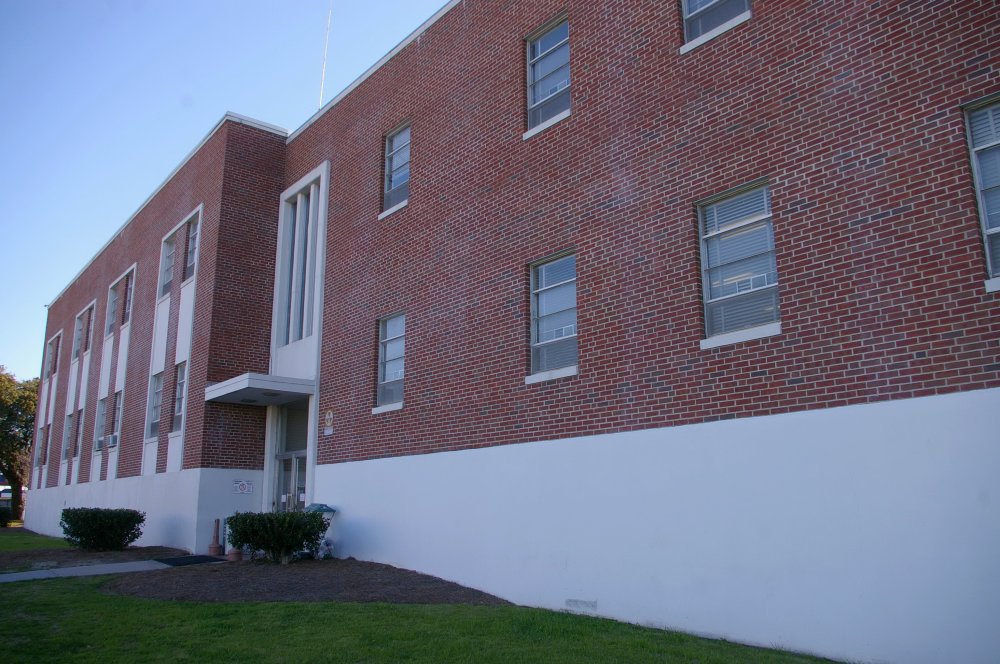 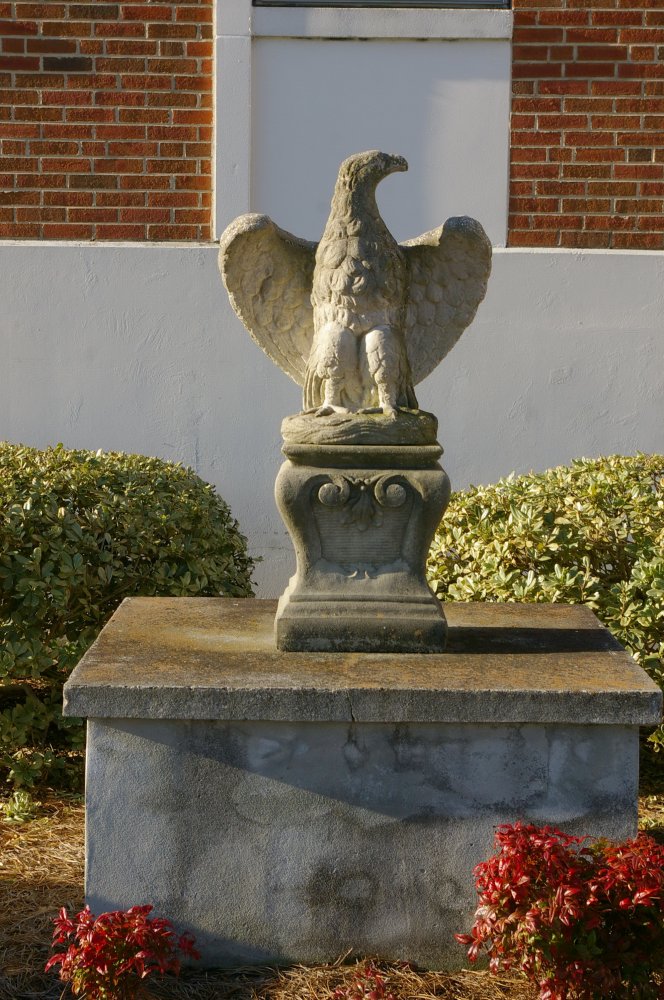 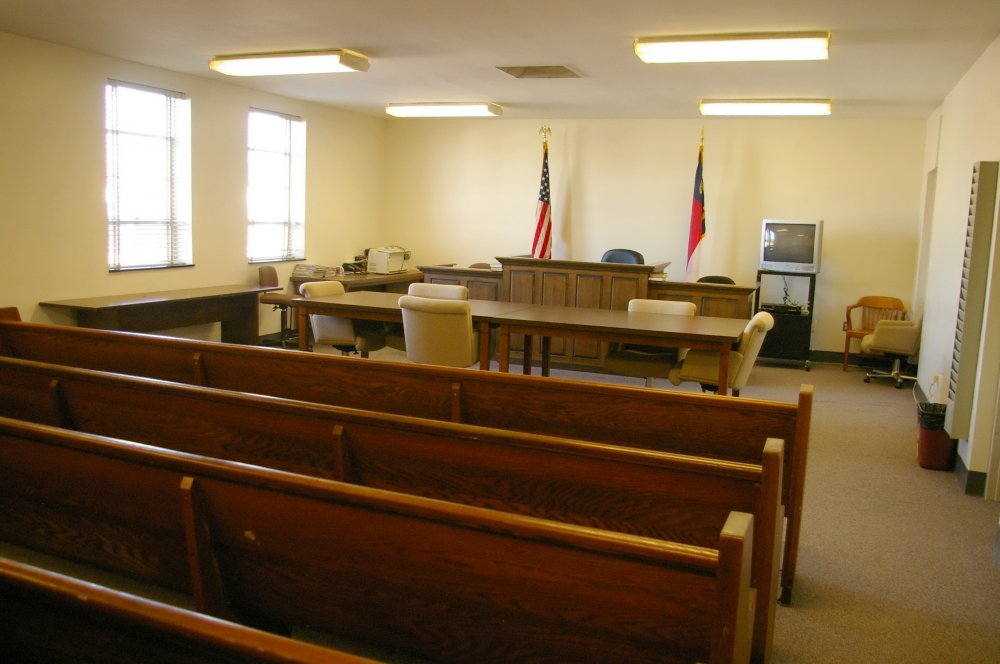 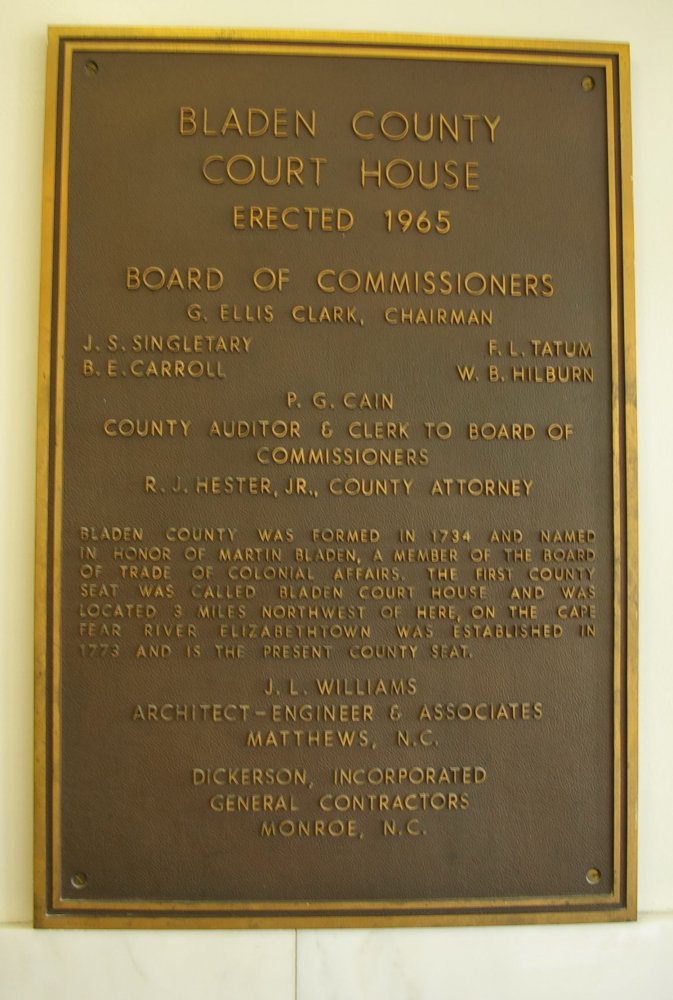