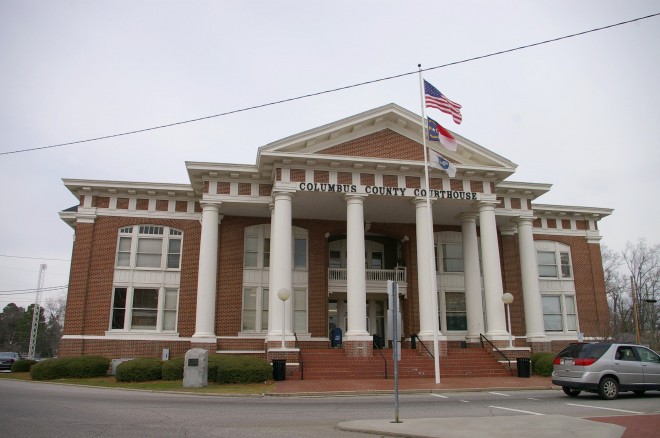 Columbus County is named for Christopher Columbus, who was a navigator, explorer and one of the first Europeans to explore the Americas.

Description:  The building faces south and is a two story red colored brick and concrete structure. The building is located on the landscaped grounds of the Courthouse Circle in the center of Whiteville. The building has a large portico supported by four large white colored Doric columns rising to a pediment at the roof. The portico extends east and west with four more white colored Doric columns rising to headers at the roof line. The windows are framed with white colored wood. Vertical white colored bands run below the eaves. The roof is hipped. In the interior, there is a cross hall plan on the first story. A wide stair on the northeast and northwest sides ascend to the courtroom on the second story. There is a wooden wrought iron bench on the landing outside of the courtroom. The building houses the County Superior Court and County District Court of the 13th Judicial District. H E Longley and American Heating Company were awarded contracts for heating and plumbing. The building was renovated in 1965 to 1967.

Description:  The building faces south and is a three story red colored brick and concrete structure. The rectangular shaped building is located in the center of Whiteville to the southwest of the courthouse. The building has a one story section on the south side. The roof line is flat. In the interior are three courtrooms and a multipurpose room The building houses the County Superior Court and County District Court of the 13th Judicial District. The building is named as the Dempsey B Herring Courthouse Annex. 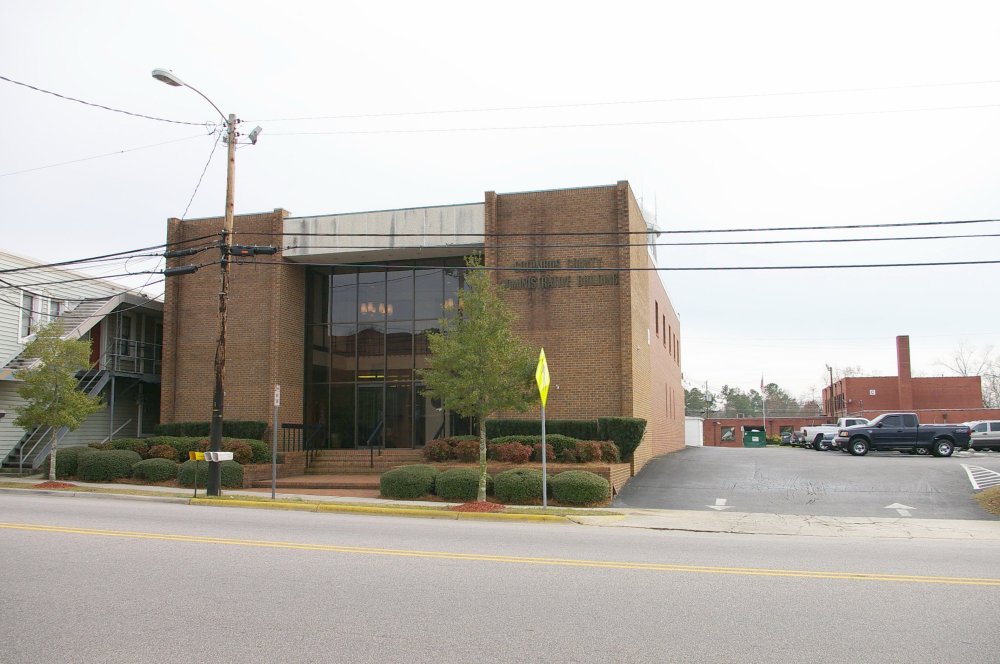 Description:  The building faces north and is a two story red colored brick and concrete structure. The south front has a recessed center section with glass panels. The roof line is flat. 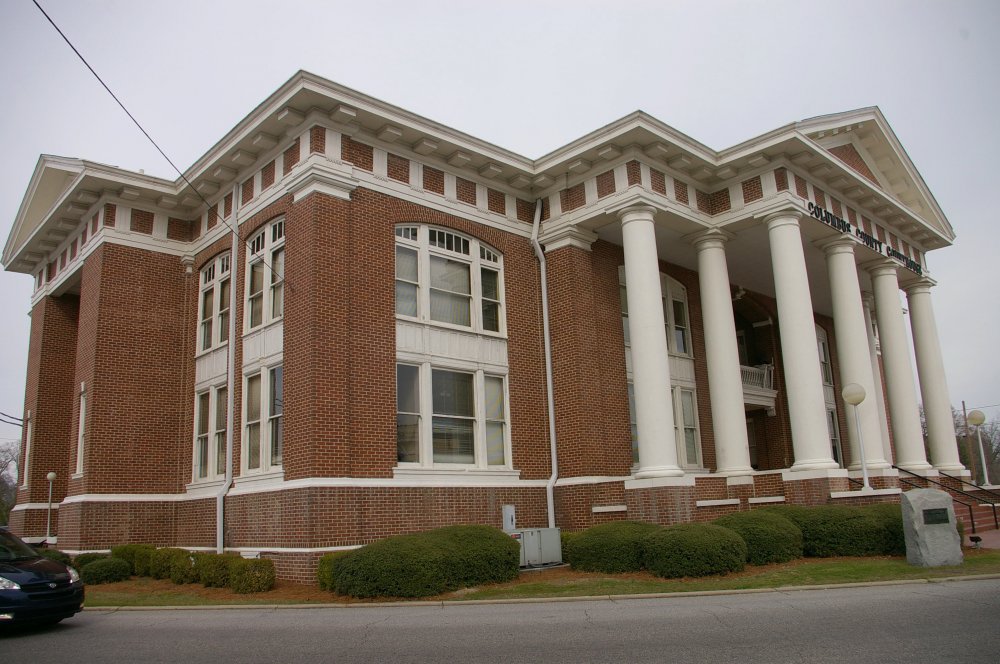 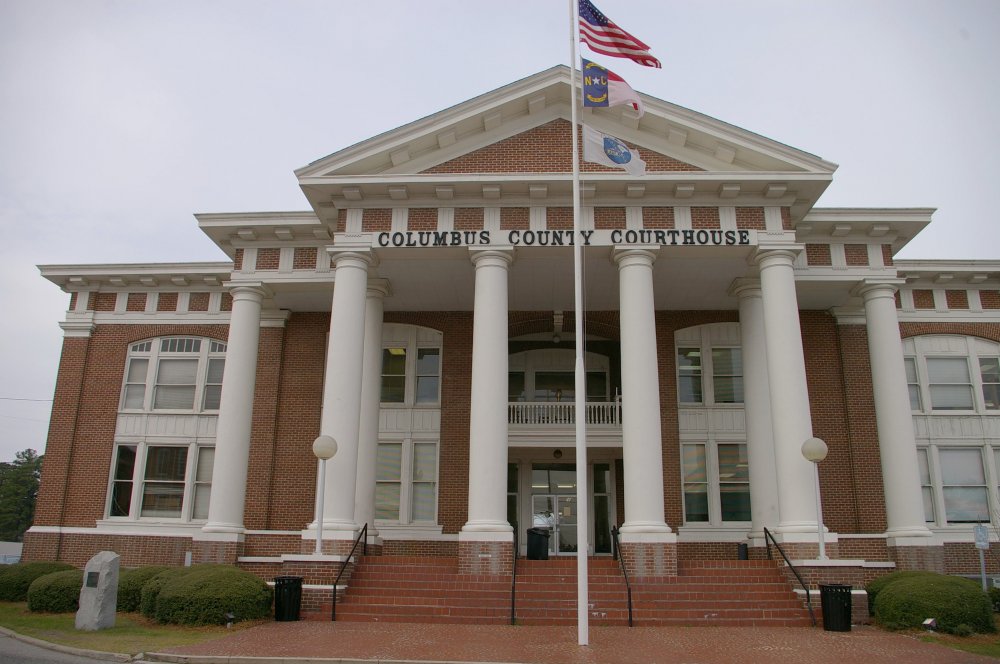 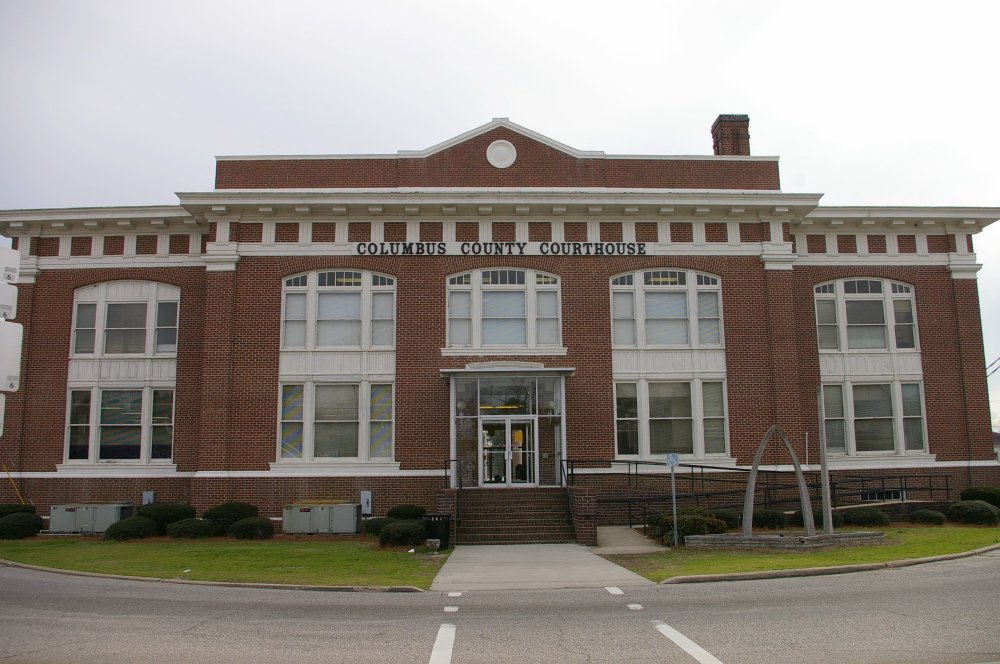 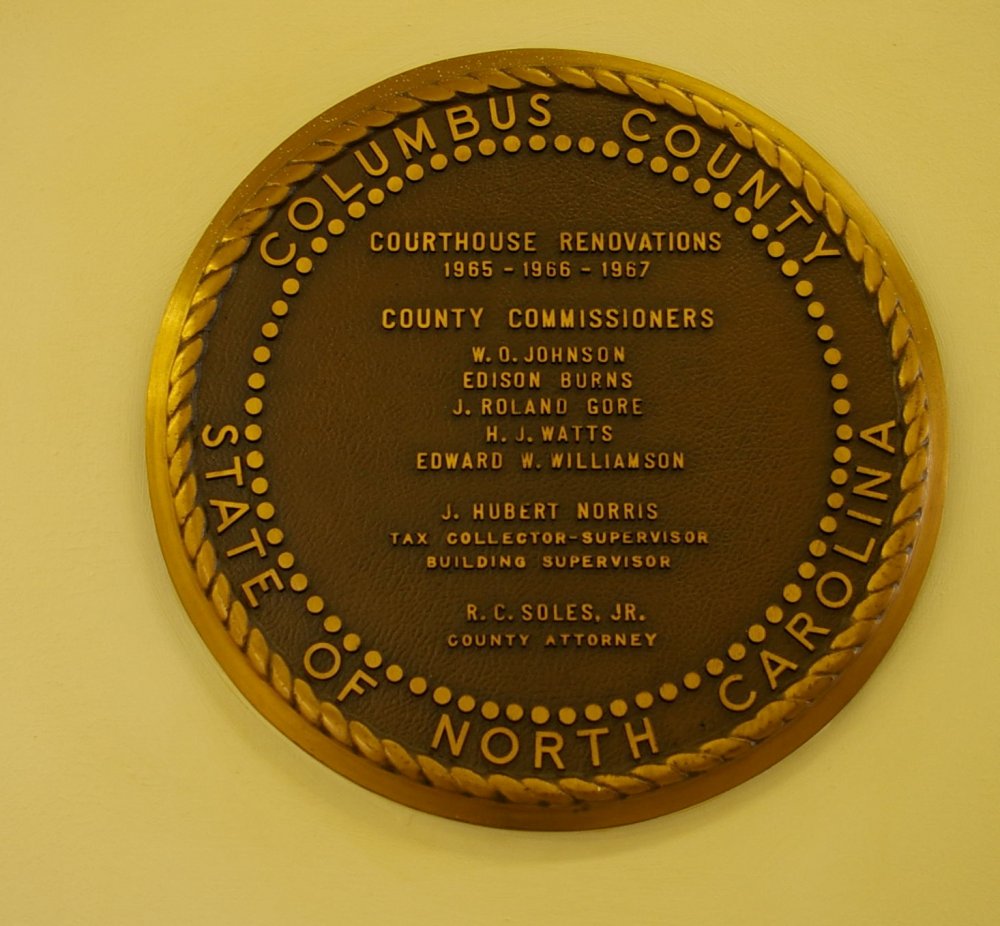 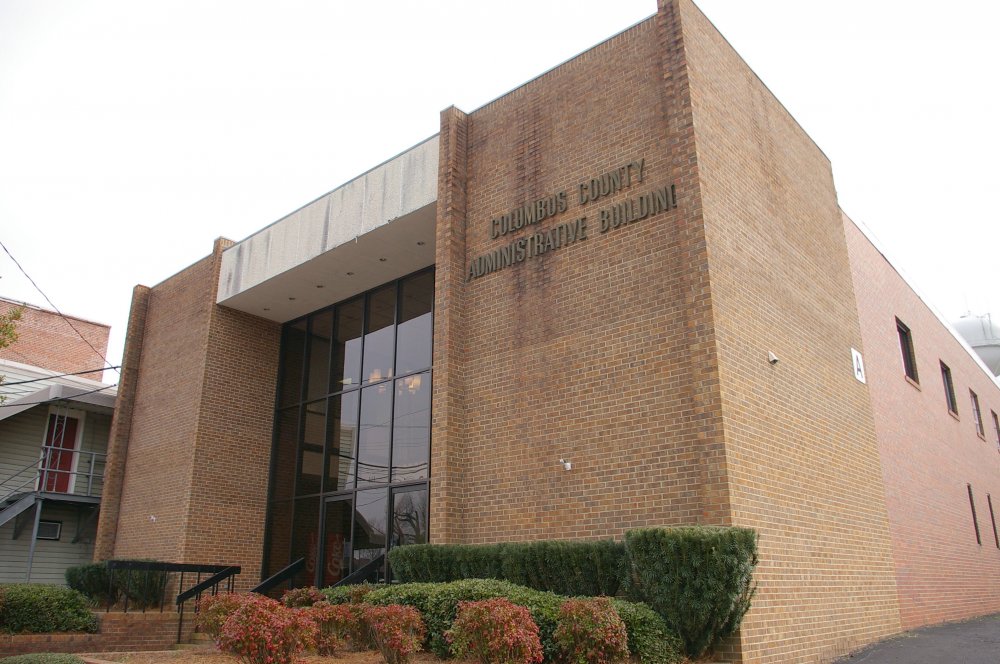 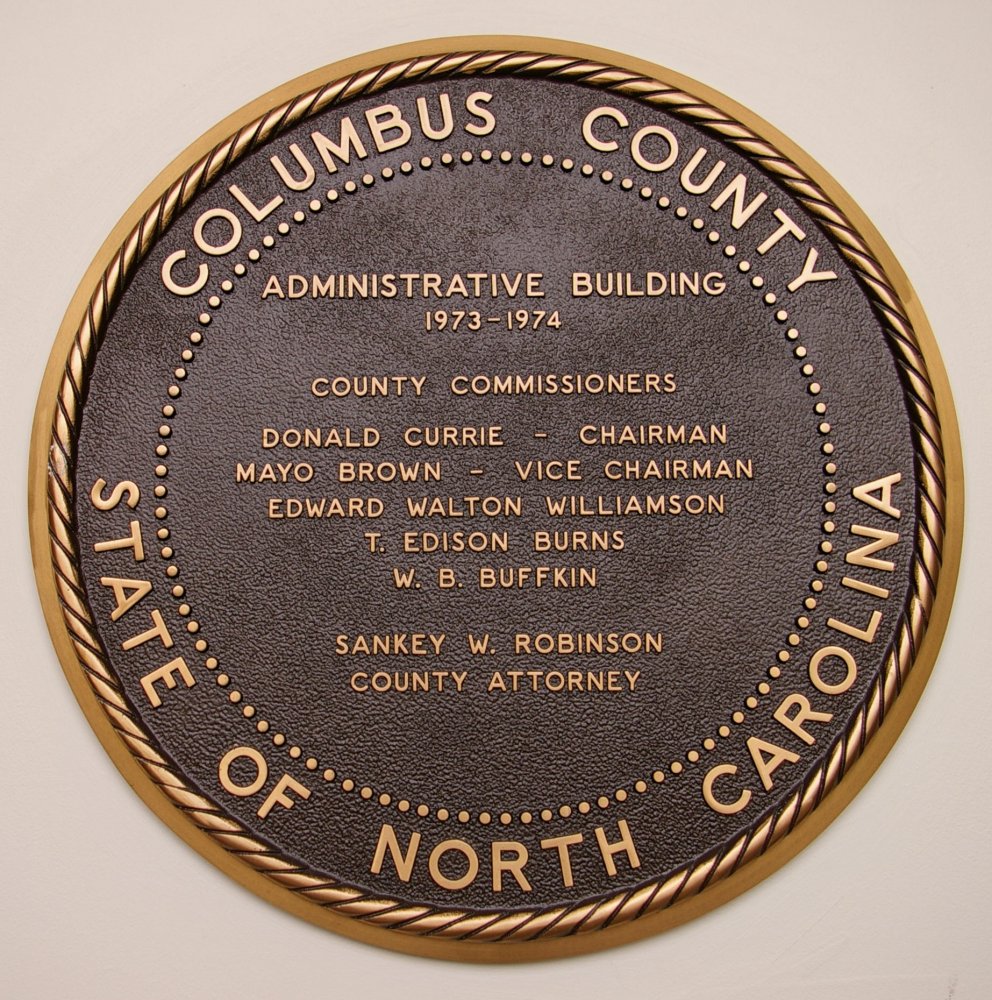