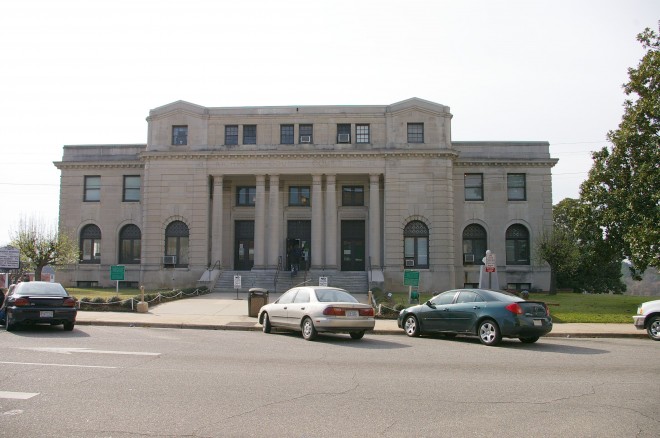 Richmond County is named for Charles Lennox, 3rd Duke of Richmond, who was a firm supporter of the American colonists and who advocated removal of British troops. Description:  The building faces north is a four story red colored brick, glass and concrete structure. The building is located in the center of Rockingham. The north front has an entrance on the northeast corner with vertical glass windows rising to the fourth story. On the east side are projecting sections. At the top of the building are two horizontal belts. The roof line is flat. The building houses the County Superior Court and County District Court of the 16th Judicial District. Description:  The building faces west and is a three story buff brick and concrete structure. The building is located on landscaped grounds in the center of Rockingham. The building has three entrance doorways divided by brick dividers topped by white colored stone which forms a horizontal band across the building. The building is the former Post Office.